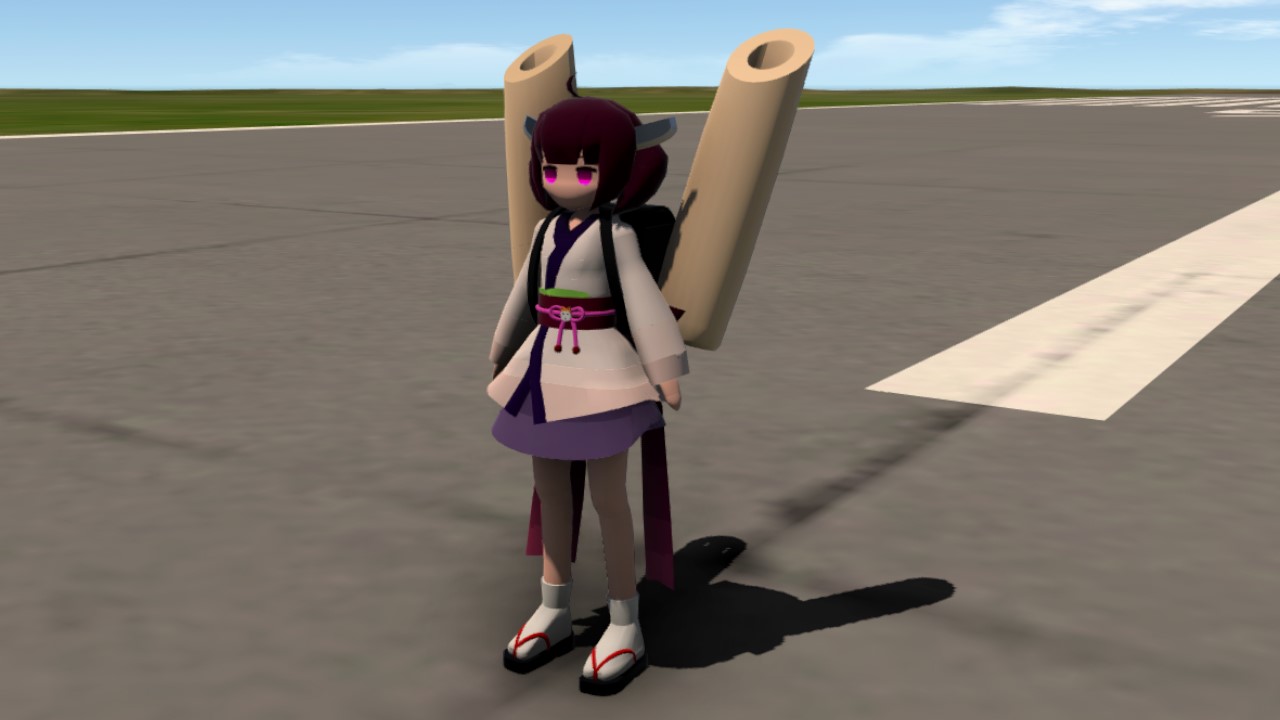 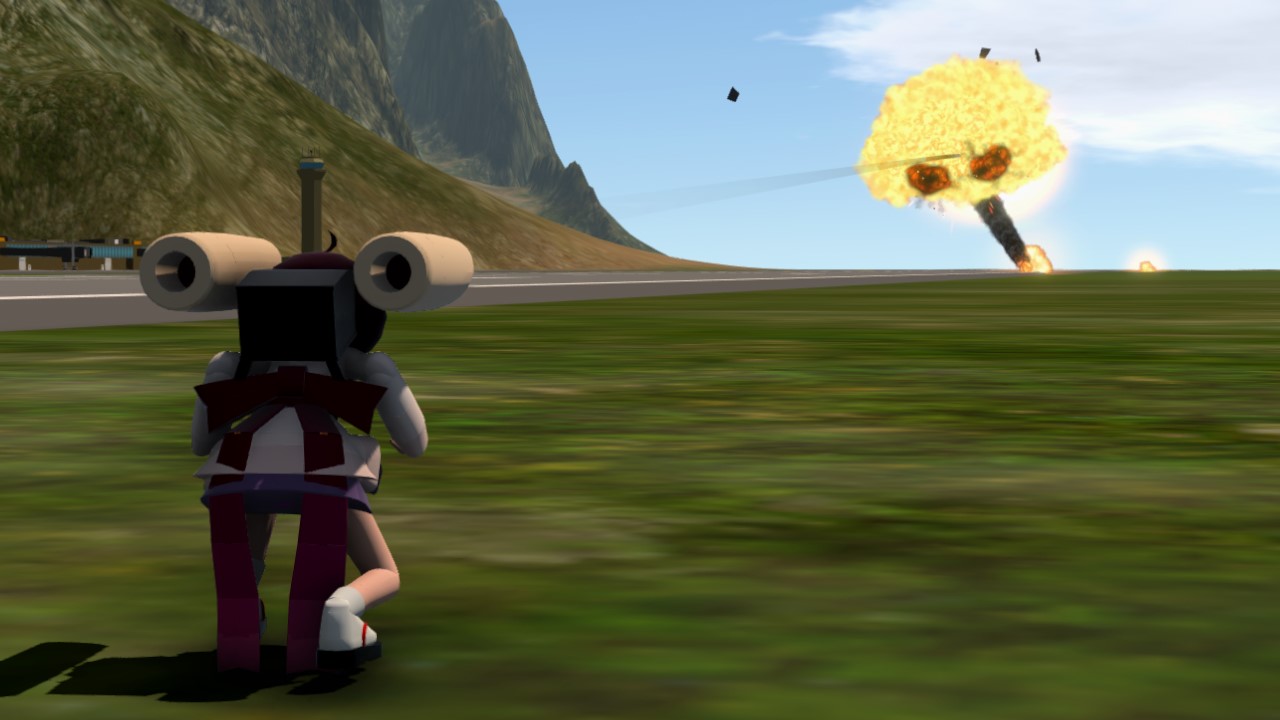 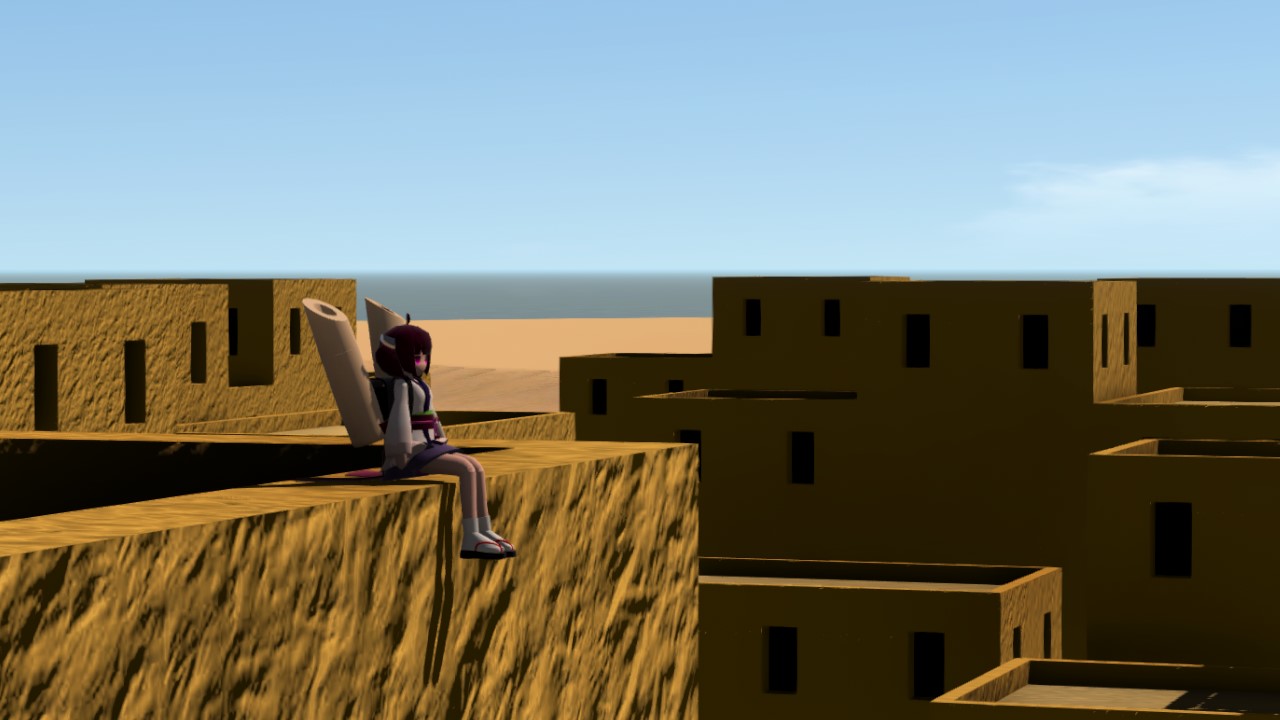 Probably the last work of this kind for me.
Motivation for this kind of thing has now mostly been replaced by the creation of VRChat avatars.

It was created in March 2021 as a testbed for new systems and features.
It then fulfilled its role for a period of more than a year with very many modifications.
Hence, many codes are spaghetti, and some (small or fatal) defects are impossible to fix.

The design is based on Tohoku Kiritan, a local revitalization character from the Tohoku region (or Northeast Japan).

In hover mode, the aircraft maintains its inertia just prior to the start of flight, allowing it to operate on the deck of an aircraft carrier (reset by AG7). 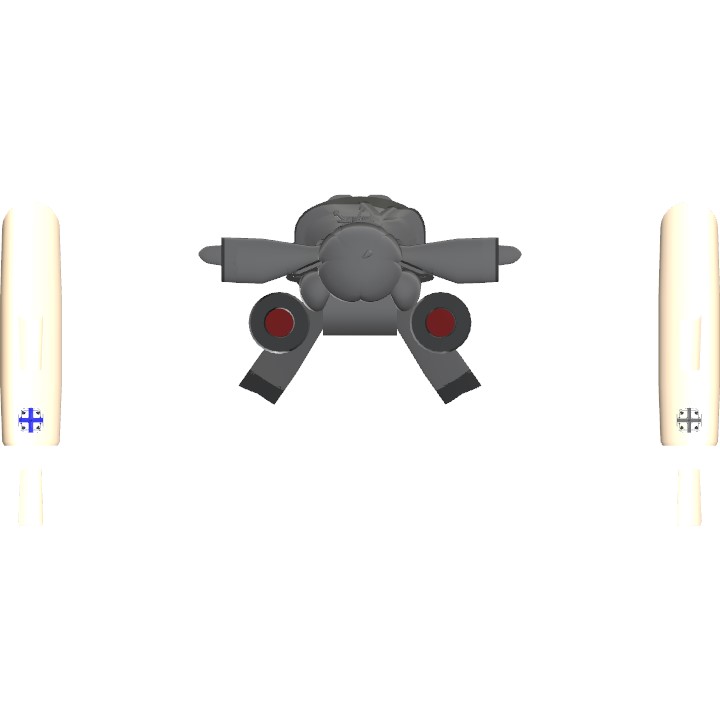 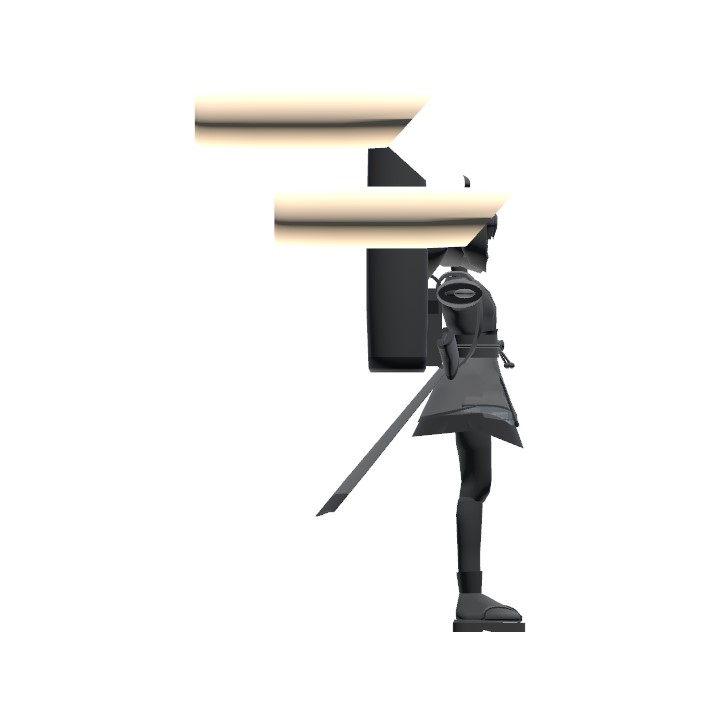 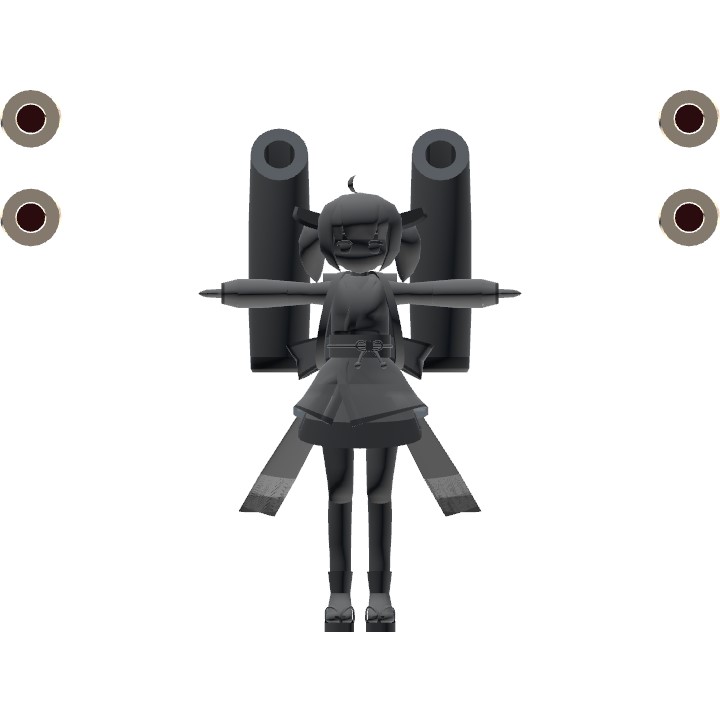