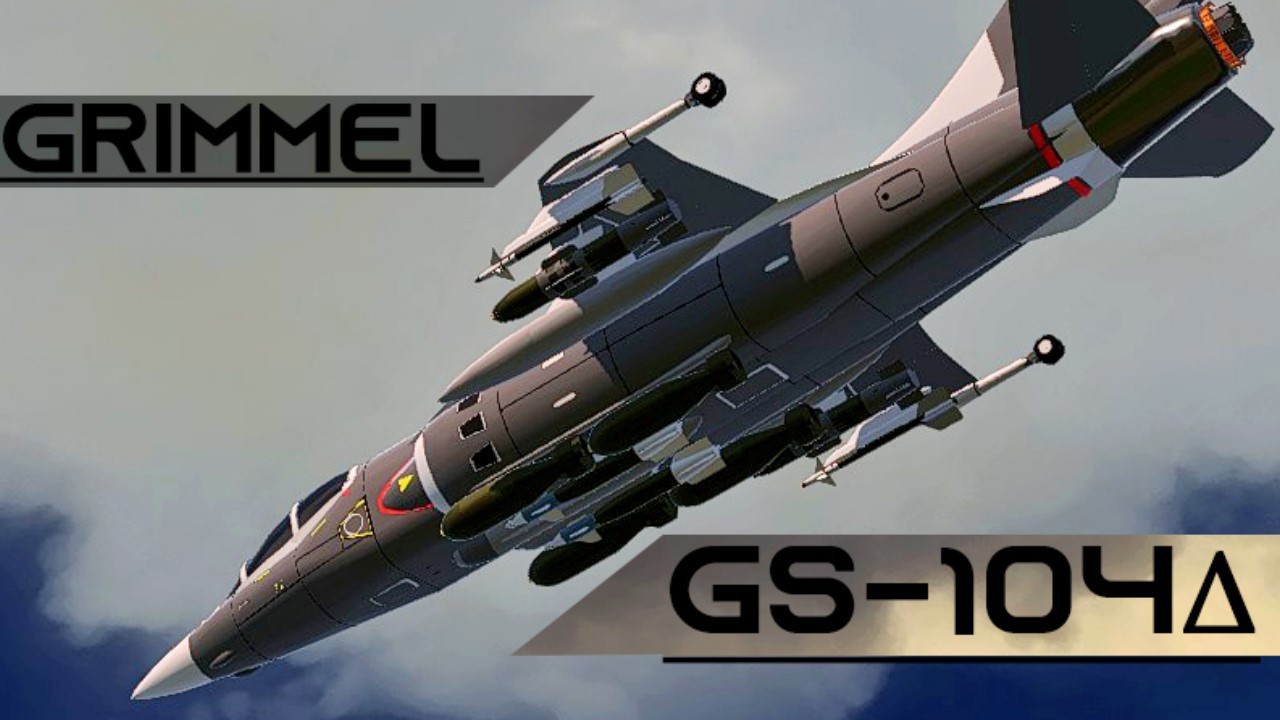 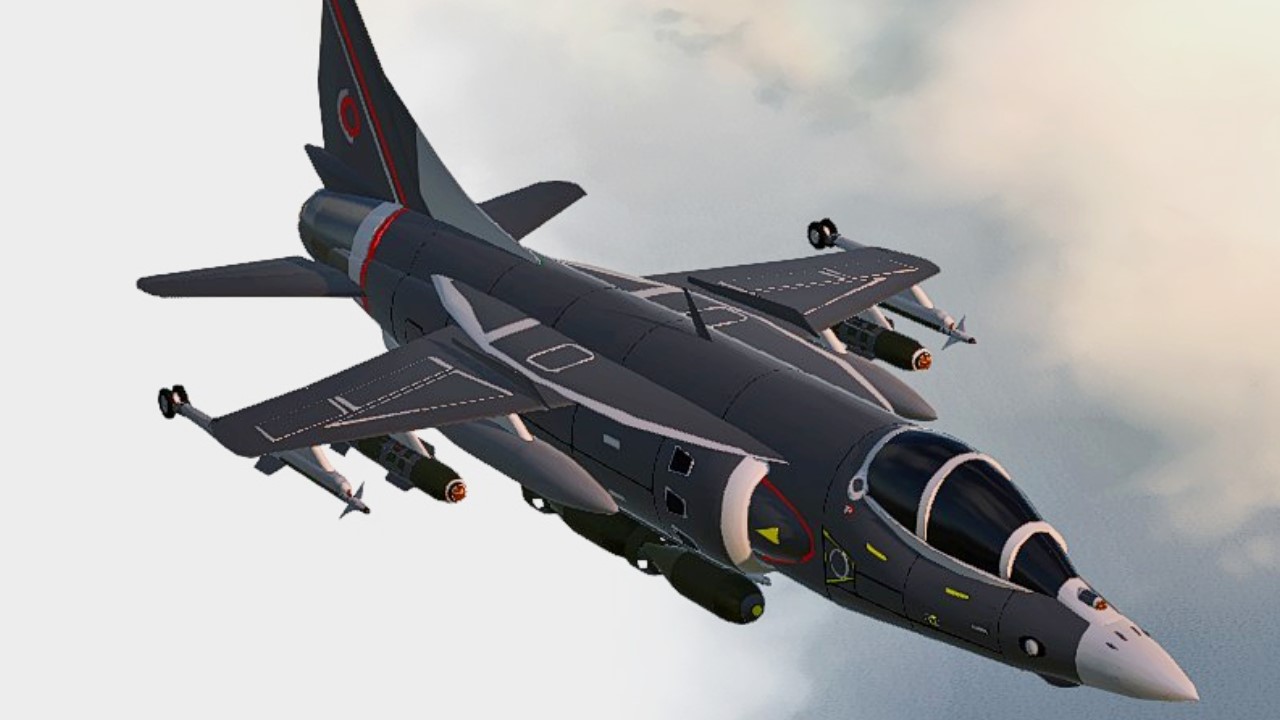 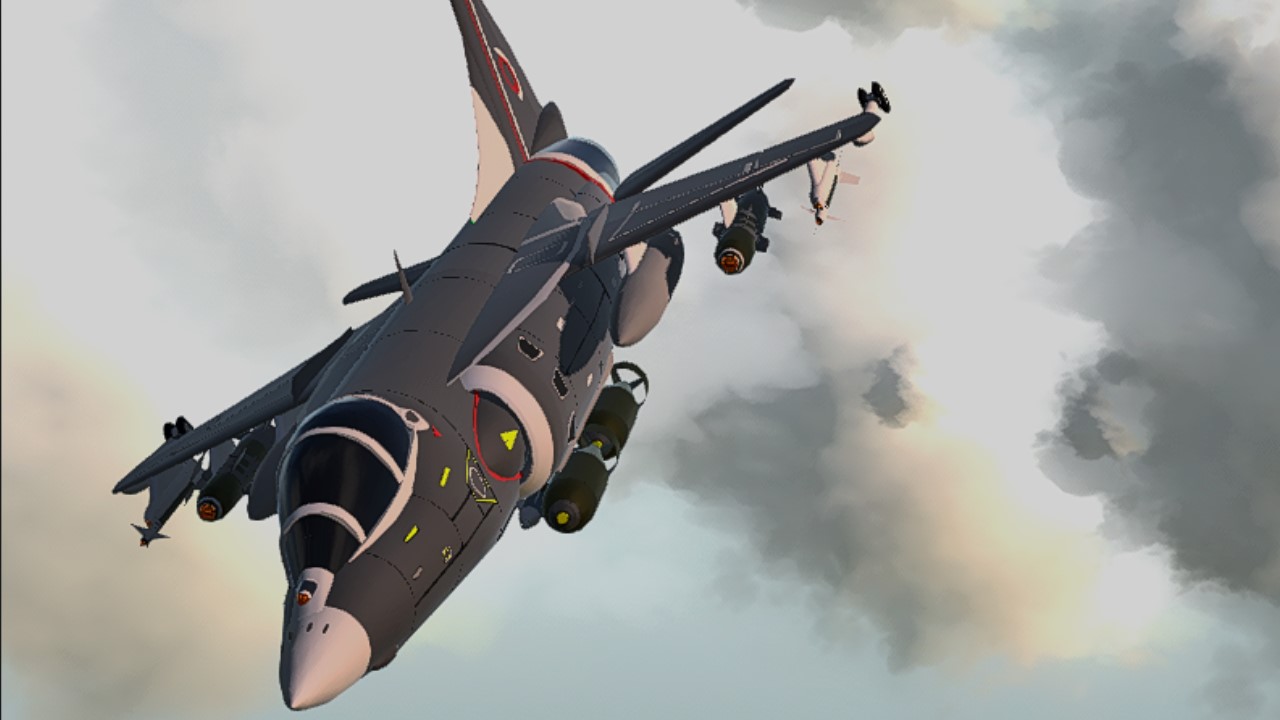 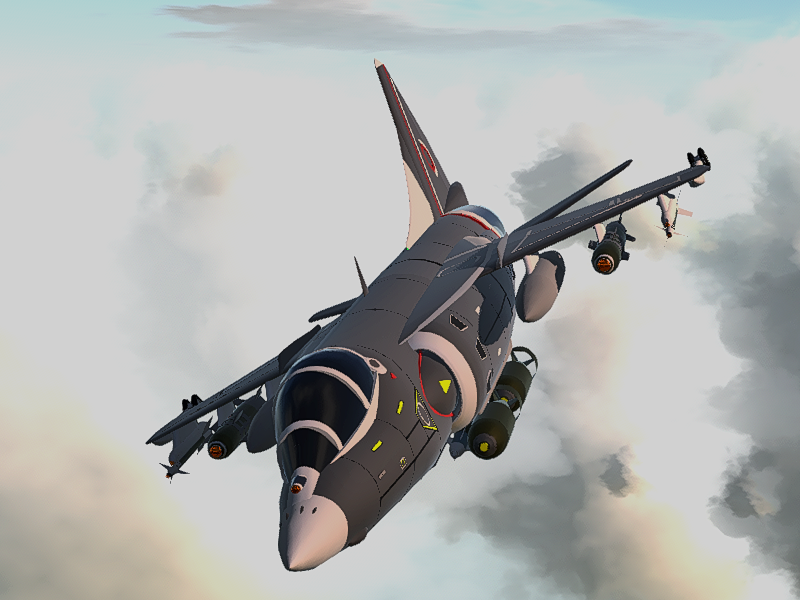 GS-104 delta builds by the need of a high-speed fighter-bomber. The military wants to adopt psychological warfare, so they started an experiment of searching the weapon medium. One of them by using sound. They are interested in weaponizing sound to disrupt the mental well-being of enemy combatants (rumors say enemy civilians too but that's too taboo to bring up). In the end, they finally figure it out by using fast combat aircraft's supersonic boom to produce such sound. Under the code name of "Operation Banshee", they open the bid to produce low flying, Mach 2 - 2,5, fighter-bomber. Warbirds corps won the bid.

GS-104 delta codename Grimmel is a supersonic fighter-bomber, capable of cruising Mach 2 at sea level and Mach 2,5+ at >2000m. They adopt the design principle of the F-104 starfighter: small wing, long body, basically a manned missile. In the nutshell, they made 104 to be suitable for close air support operation (whereas the original one not, that's why lot of loss of 104). They also made wing LERX to improve overall stall speed and combat performance. The adoption of bicycle gear makes a landing way easier and smoother (and ya boi here don't wanna tweak the everloving stanky legs of wobbly tricycle gear). Also, it has fuccton countermeasure to increase survivability.

Various weaponry carried. Some are unguided for overall obliteration, some guided for precision, and some are the classic, big guns: 29mm Gatling gun firing APHE, depleted uranium with thermobaric explosive filling. 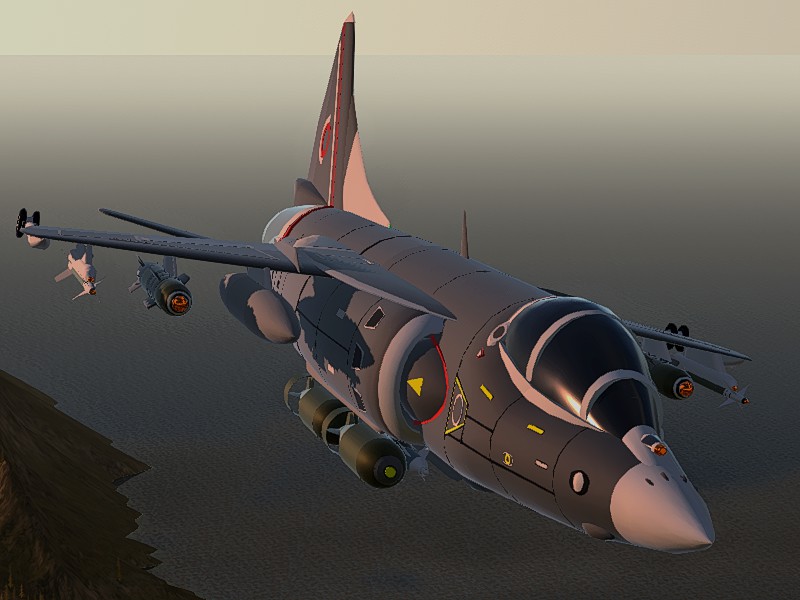 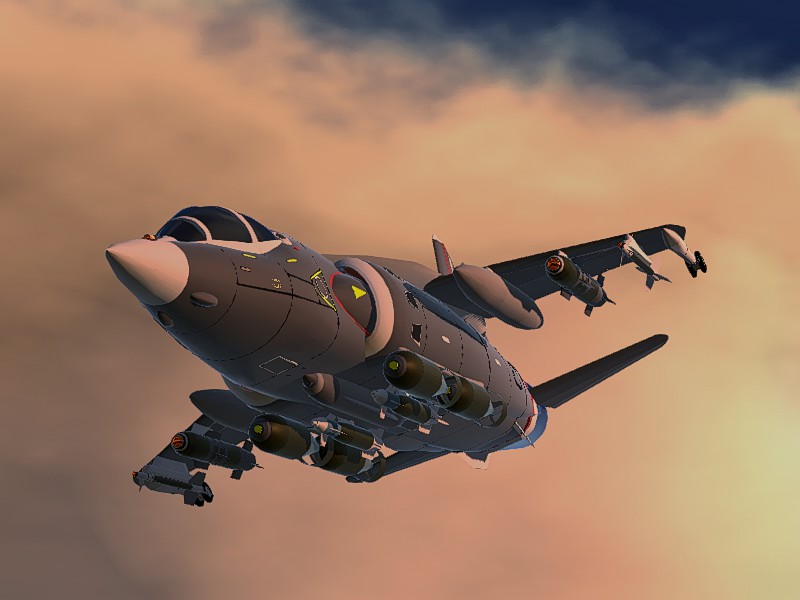 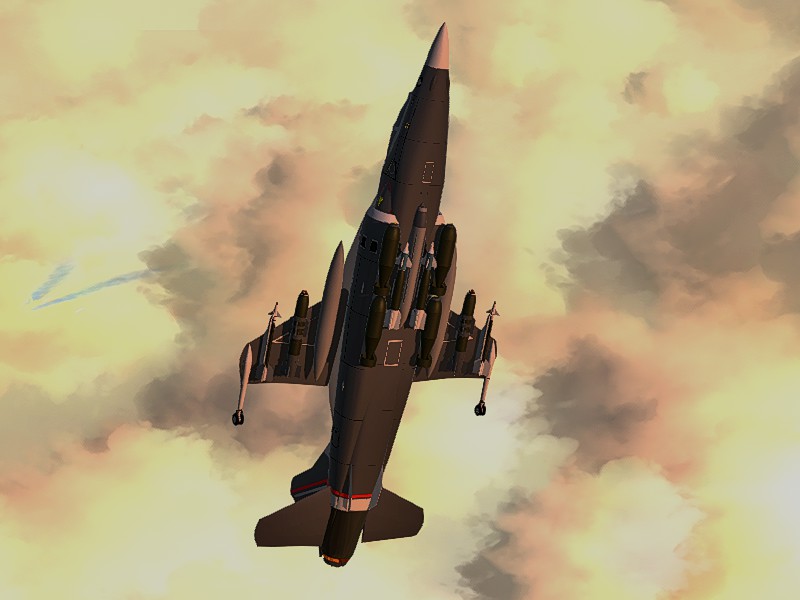 Note
- Grimmel is main antagonist from movie Hot To Train Your Dragon 3
- DO NOT fire the cannon on the ground (will hit front gear, unless you really hate that specific front gear then go ahead, obliterate that thing). 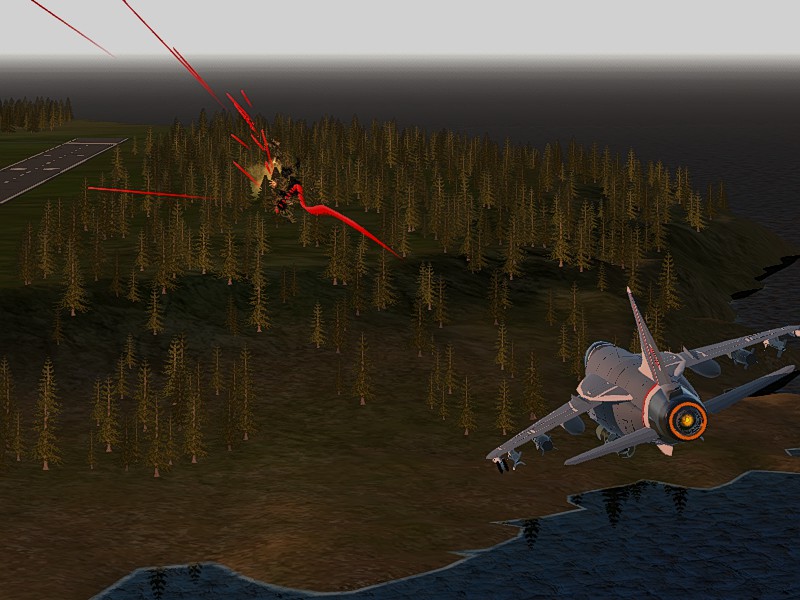 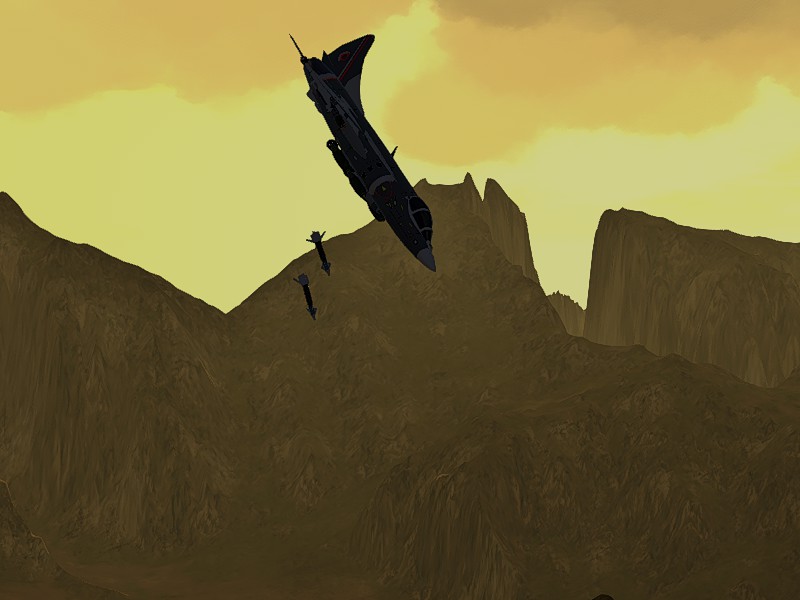 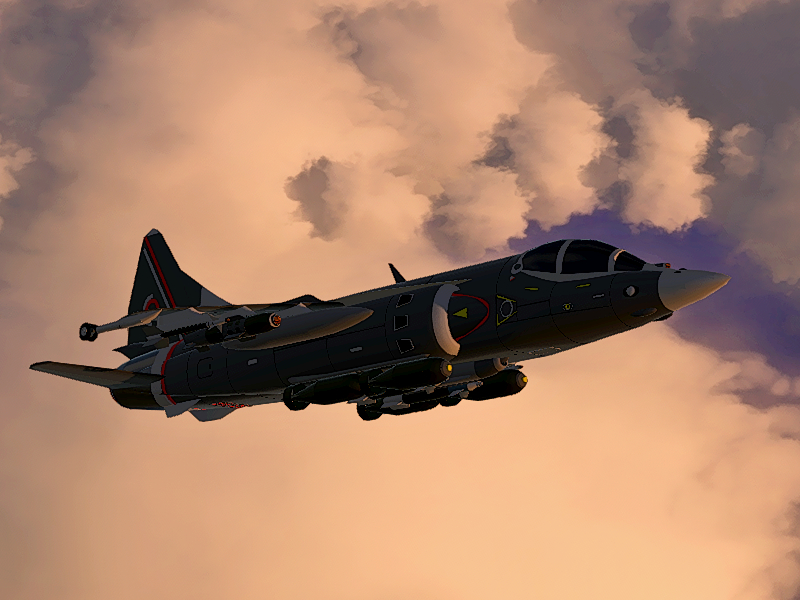 on the engine afterburner testing, the pilot [REDACTED] has too much watching drag race. Under illegal practice, he purposely NOT pull up until very end. The plane broke sound barrier on the 3/4 runway and produce a loud sonic boom. Almost all glass window and glassware in facility shatterd, 5 ground crews minor injuries, 40 temporarily lost hearing, and the pilot given 5 days suspension 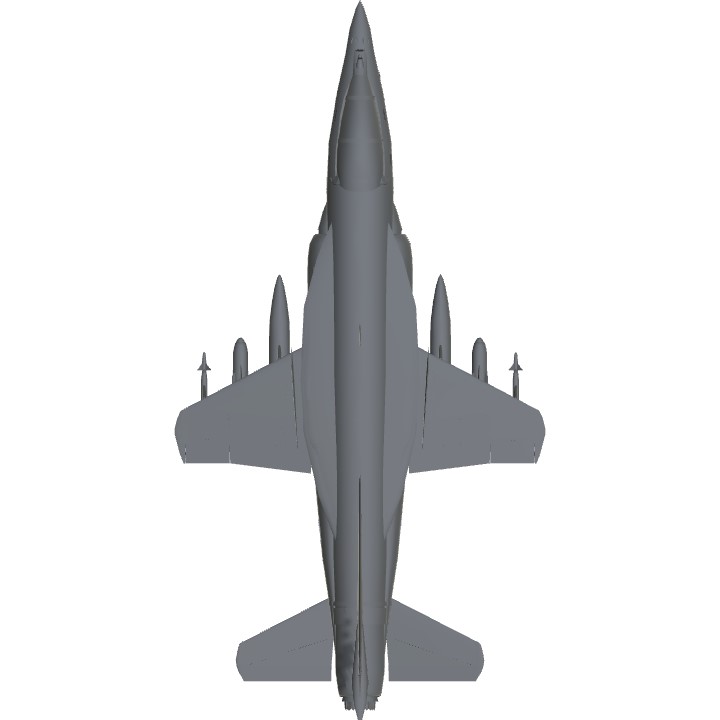 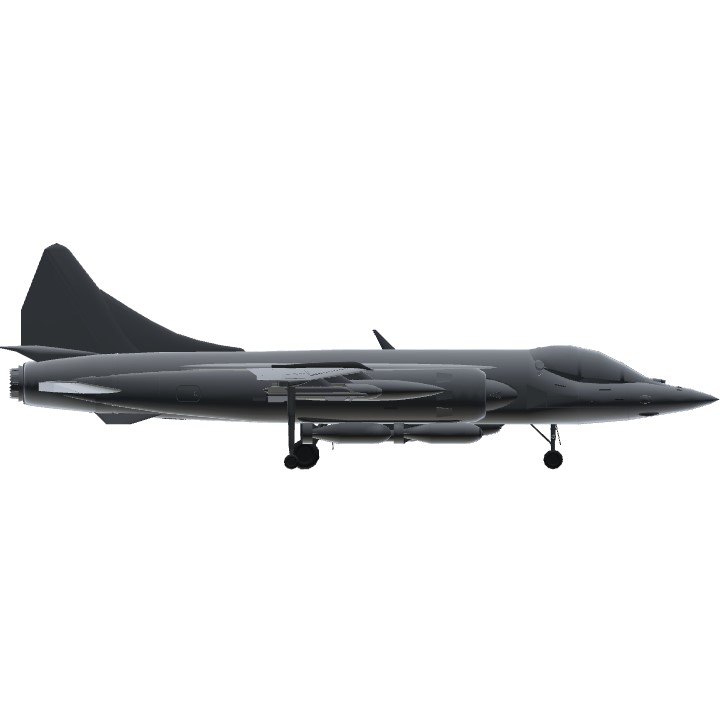 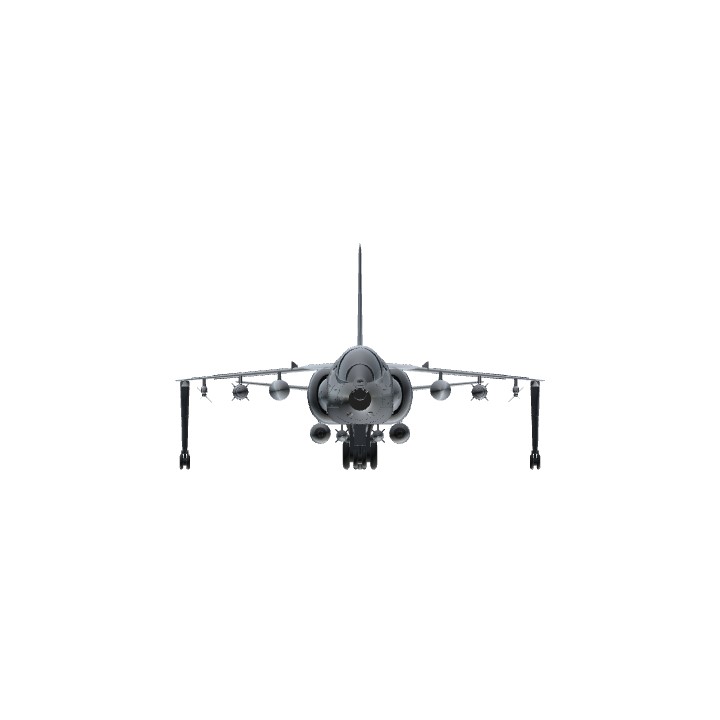