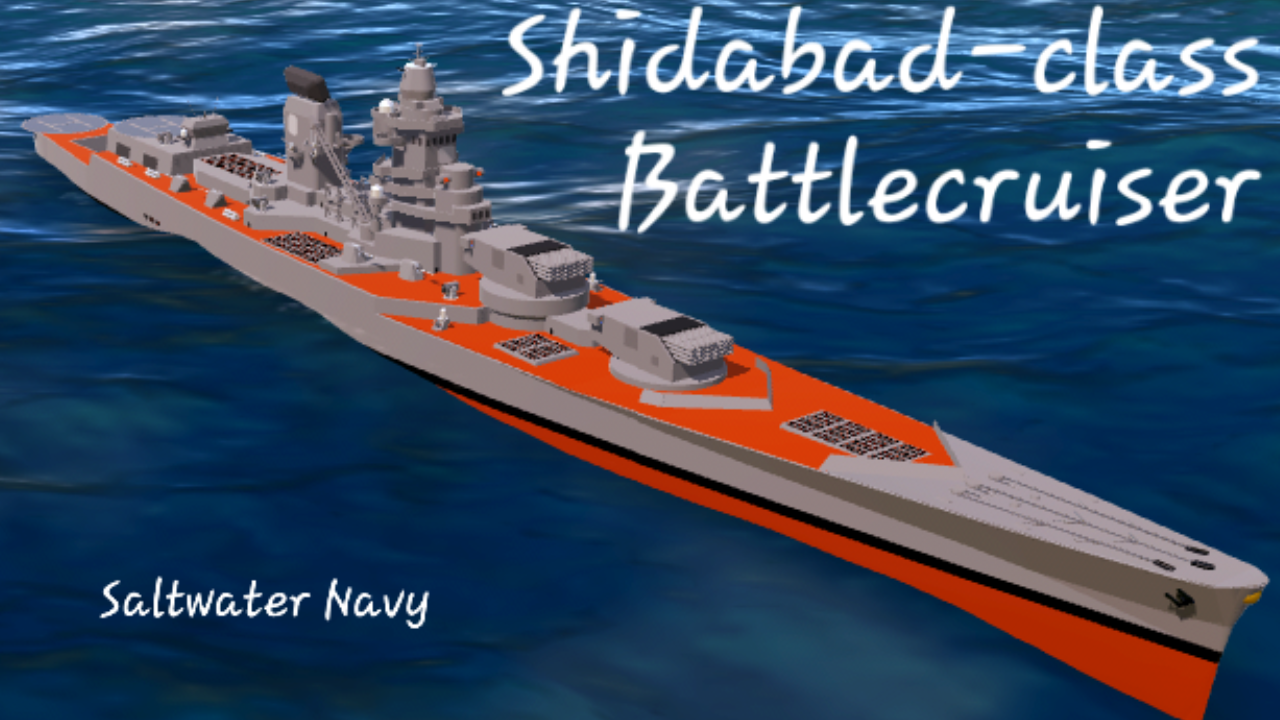 Fighting in a new era of naval warfare

Developed under the alias of "Project Bowhead", the Shidabad-class battlecruiser is designed for the high-intensity warfare that dominates the modern age of naval combat, benefitting from the lessons learnt in the Third Saltwater-Australian War.

During the Third Saltwater-Australian War naval warfare had evolved significantly, and the Renown-class cruisers were no longer adequate. Over several days of engagement, hundreds of anti-ship missiles were fired to no effect, as the Australian defences were incredibly robust. Equally, Australian attempts on the Saltwater task force were also futile, until eventually RAN torpedoes managed to hit whilst the task force was rearming. The entirety of the SWN 3rd Naval Task Group and 2nd Destroyer Squadron were sunk in minutes. Days later, Saltwater anti-ship missiles achieved success in similar circumstances, and sunk twenty-one ships of the Royal Australian Navy.

Drawing from this experience, naval analysts determined that modern anti-air and anti-torpedo defences were almost impenetrable whilst the ships had enough munitions to defend with, and when these defences were penetrated the results would likely be totally catastrophic for the defenders. Therefore, they determined that there was no benefit to spreading the task group armament over dozens of vessels, as previously thought, and that the engagement would be won by the belligerent that managed to bring the most munitions to bear. They recommended the development of an arsenal ship to serve as a floating missile battery for the fleet, but this vessel would lack the sensor systems to effectively manage its weapons, and would be totally reliant on the escorting destroyers for targeting information. At the same time, the need for an aircraft cruiser such as the Renown-class was eliminated by the commissioning of the new Tranquillity-class LHDs, which had 50% more aircraft capacity than the preceding vessel. Thus, it was decided to order a larger, more capable warship with a wider range of offensive and defensive weaponry.

The first battlecruiser, SWS Shidabad, cost $5.5 billion to build and entered service with the Saltwater Navy after three years of construction by SMC Marine. The following vessels, christened SWS Port Jellicoe and SWS Cardinal Bay are expected to be commissioned within the next few months, and feature some minor improvements over the Shidabad, including the fitting of an eight-canister HSMM anti-ship missile launcher. The Shidabad will receive these launch canisters as a retrofit during its next refit, projected to take place after seven-years active service.

The Shidabad-class battlecruiser is designed to maximise firepower, carrying 704 strike-length vertical launch cells, capable of launching RIM-188 Alacrity surface-to-air missiles, VL-ASROC anti-submarine rockets, Sea Ceptor surface to air missiles, Perseus hypersonic missiles, Sea Shadow subsonic cruise missiles and HSMM anti-ship missiles. In addition to this, the battlecruiser is fitted with two 15-inch multiple launch rocket systems in two turrets, each with 52 rockets. Various rocket variants are available, for roles ranging from shore bombardment to anti-submarine warfare. Each rocket has a maximum range of 385km, depending on the variant, and each turret can fire a complete salvo every minute. As a secondary armament, eight 127mm naval guns are carried in single mounts for shore bombardment and point-defence against incoming aircraft or missiles.

Designed to serve as the centrepiece of the Saltwater Navy's naval task groups, the Shidabads are capable of operating as fleet flagship, with a separate Admiral's Bridge in an armoured section of the superstructure, allowing the fleet to be commanded without interfering in the operation of the ship itself. Each ship has a crew of 1,346 officers and men, and can support up to 150 marines when conducting amphibious operations in conjunction with the Tranquillity-class LHDs. Power is provided by twin nuclear reactors located deep below the superstructure and encased in 105mm of armour plate, driving the vessel to a maximum design speed of 29 knots at full load. During sea trials, Shidabad managed a maximum speed of 32 knots in clear weather.

For anti-submarine warfare, the Shidabad-class battlecruisers are fitted with a total of eighteen torpedo tubes, mounted on the deck. Reloads are provided by munition lifts feeding wide doors where the torpedo crews can roll the reloads on trolleys to the launchers. This unusually high number of tubes is due to the experience in the Third Saltwater-Australian War, where Australian submarines managed to penetrate Saltwater defences to launch large numbers of wire-guided torpedoes. To defend against torpedo attacks, the battlecruisers carry twenty-four ATT rapid-fire launchers, each capable of launching six ATTs per minute.

Defending against air attack, eight RIM-178 Arrowhead point-defence missile launchers are fitted, as well as four Defender-30 CIWS systems, an enlarged version of the Defender system developed by Redstone Heavy Industries. These guard against incoming missiles and aircraft that manage to evade the VLS-launched missiles, and also have utility against fast attack craft. Two 20mm autocannons are carried in single mounts for use against fast attack craft and as a "last-ditch" defence against air attack.

In terms of aircraft, the Shidabad-class is able to routinely embark five medium-lift helicopters, usually NH90 Caiman, for anti-submarine warfare and troop transport. There is a single helipad positioned on the stern, with another over the hanger for use by visiting aircraft and for vert-rep or for keeping an ASW helicopter on alert without impeding other flight operations. The above-deck hanger can accommodate two helicopters, with two or three more stored in the below-deck hanger, which is accessible via an aircraft lift. A sixth aircraft can be embarked on a short-term deployment using the second auxiliary flight deck.

As well as its wide range of weapons systems, the Shidabad-class is also fitted with a number of sensor systems for target detection and fire control. For detection of submarines, the ships are fitted with the Sonar 2088 towed array sonar, as well as bow-mounted sonar. For aerial and surface threats, the ship carries four separate radar systems. These are the multipurpose EQ-MARS, as seen on the Sparrowhawk-class destroyers, the EQ-LARS search and surveillance radar, SDRSR Longlance-2 search radar and the AN/SPY-6 multipurpose radar, as well as a number of fire control radar and a laser rangefinder for the control of the MLRS turrets.

As a battlecruiser, the Shidabad-class has limited armour protection. 105mm of armour plate is fitted around the reactor compartments, and 76mm around the command positions. Each VLS compartment and the magazines are protected by 150mm. Spaced armour below the waterline protects against torpedo strikes, and the vessel is heavily compartmentalized for increased durability and survivability. Kevlar splinter protection is located throughout the ship. 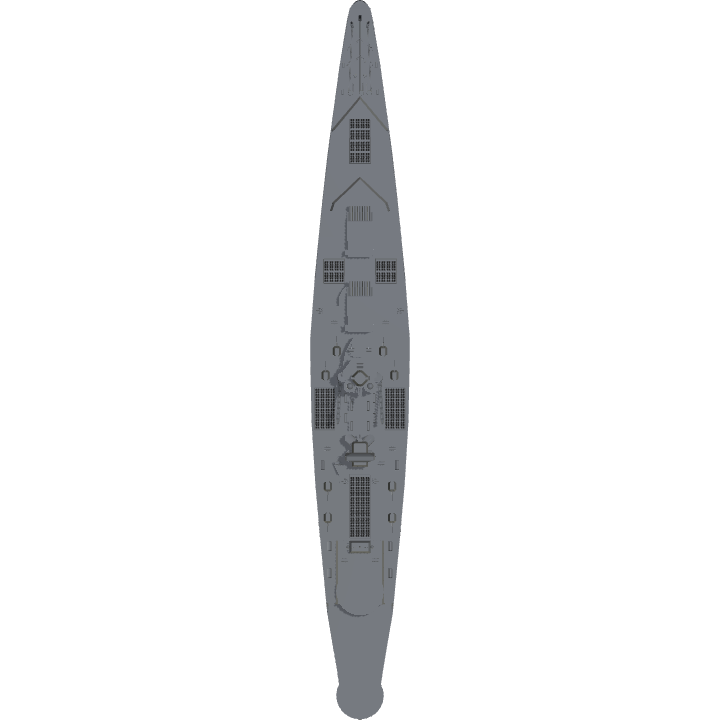 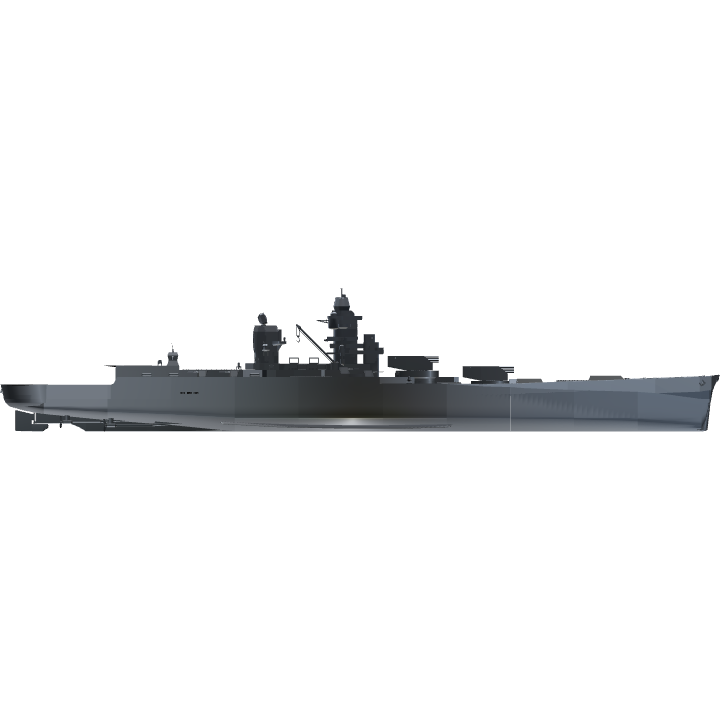