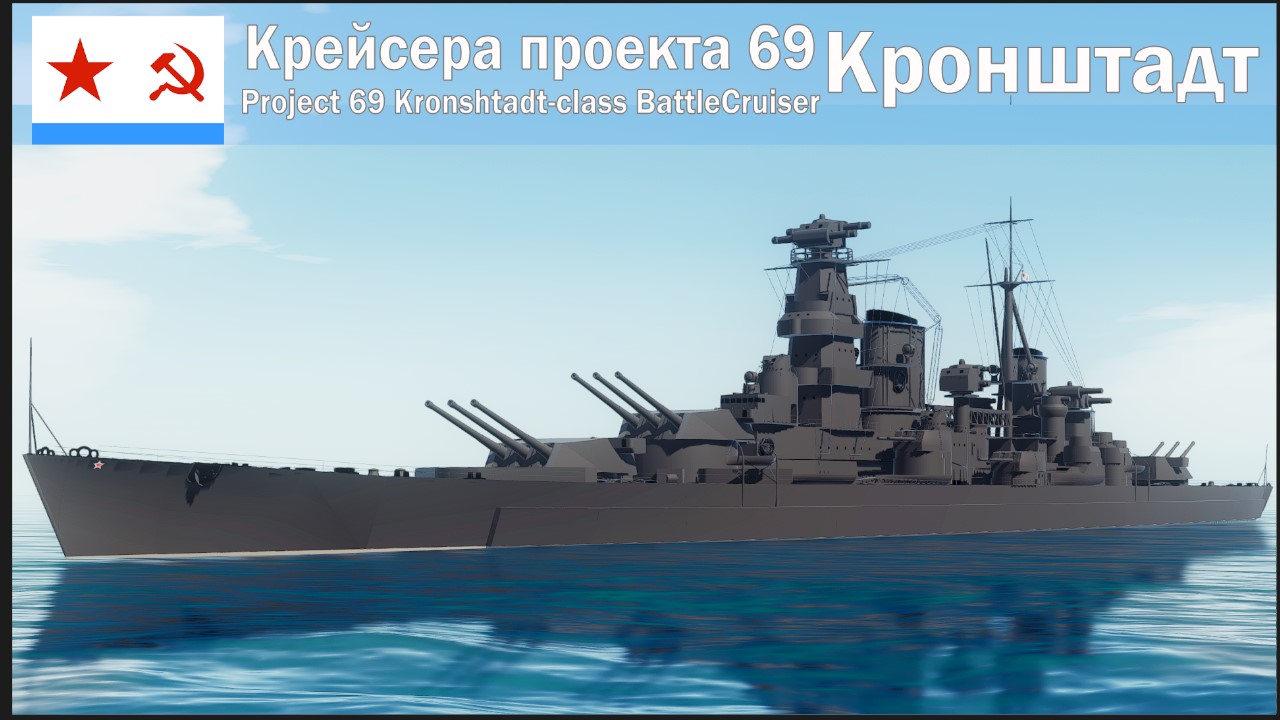 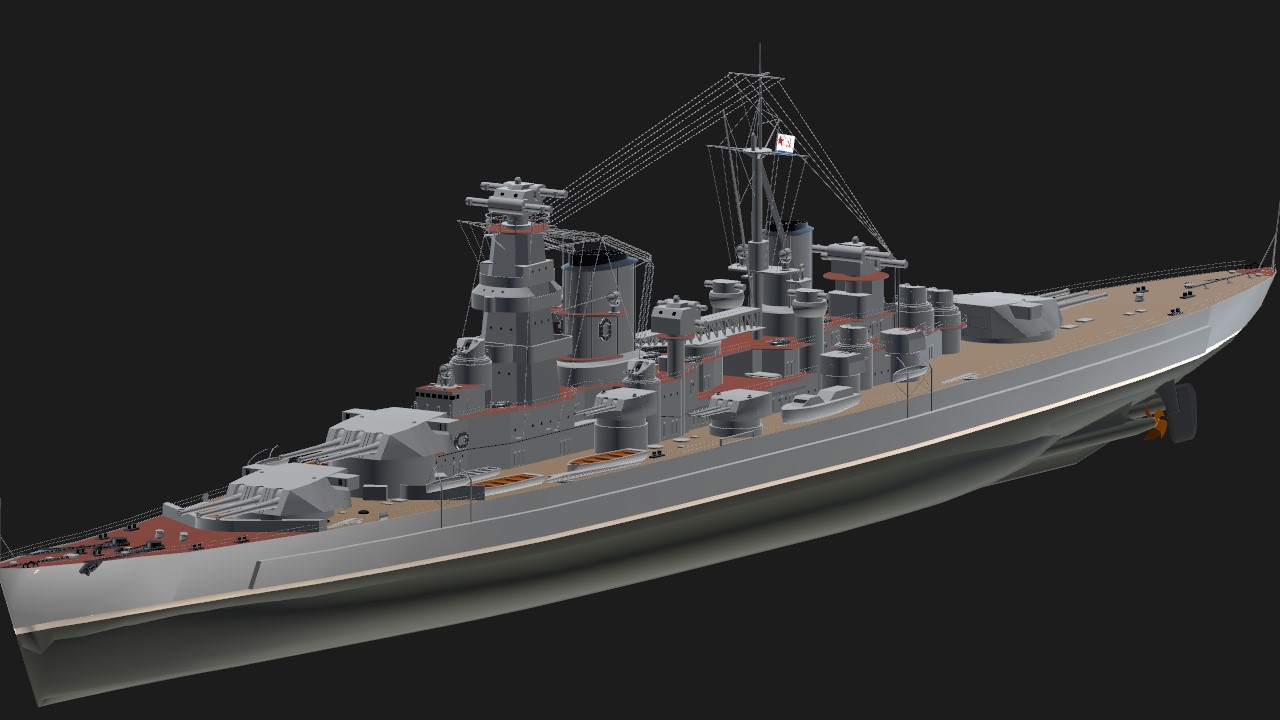 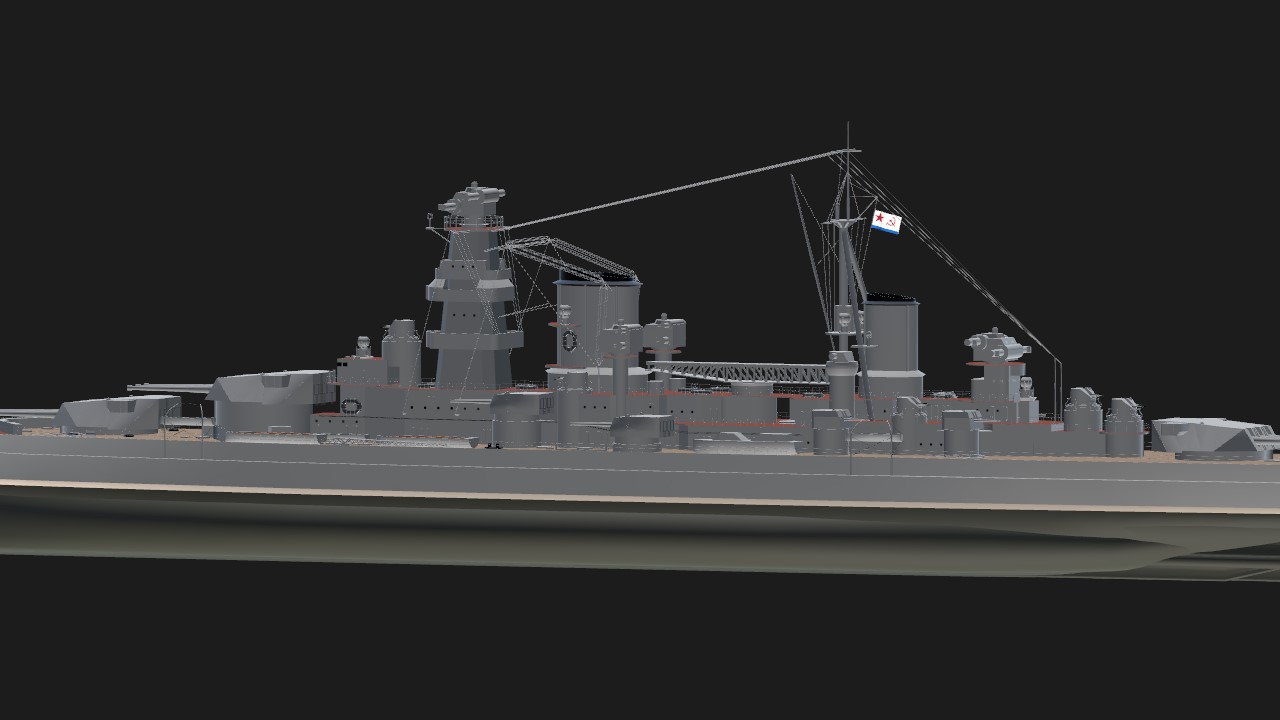 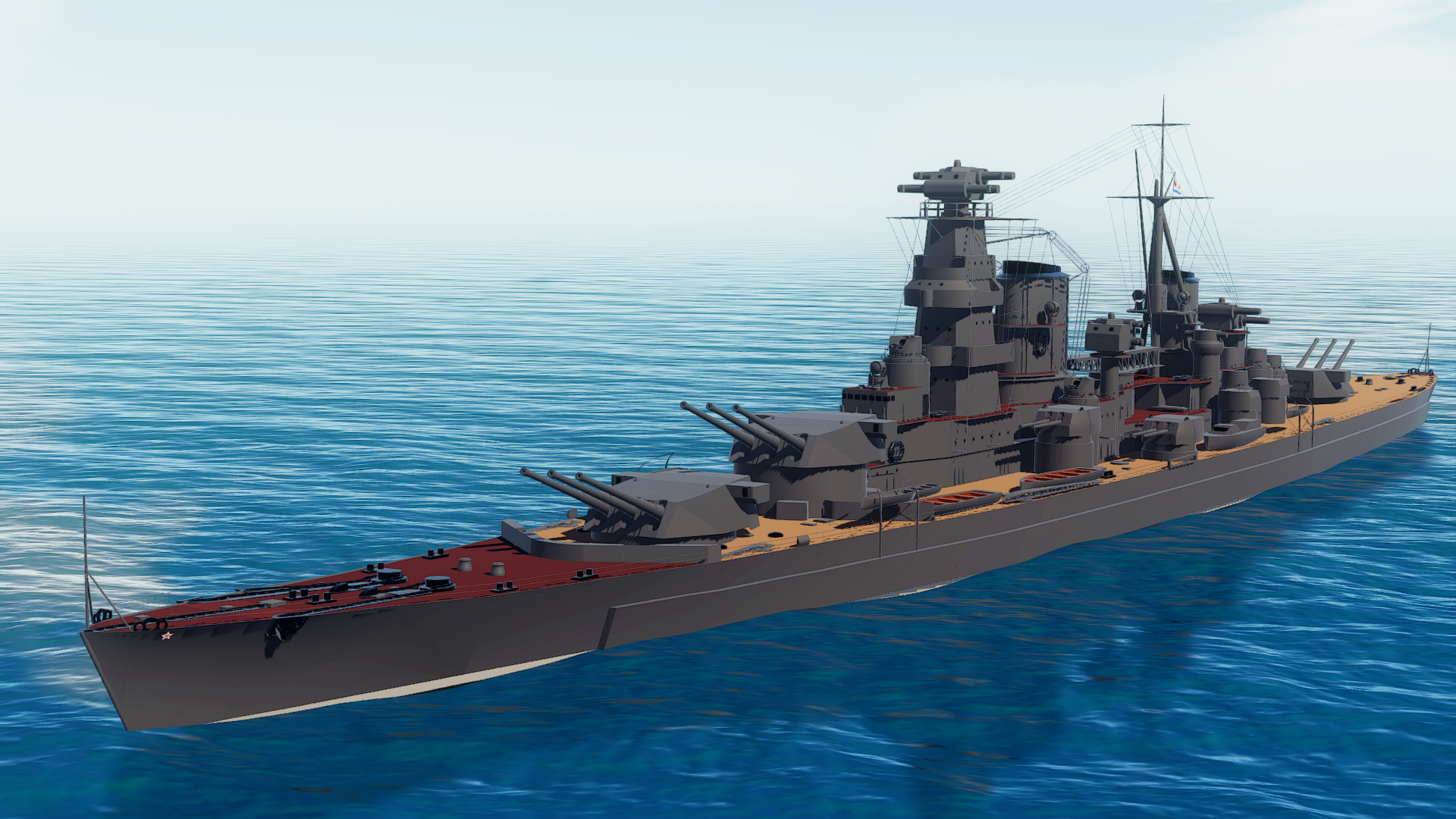 The Kronshtadt-class battlecruisers, with the Soviet designation as Project 69 heavy cruisers, were
ordered for the Soviet Navy in the late 1930s. Two ships were started but none were completed due to
World War II. These ships had a complex and prolonged design process which was hampered by
constantly changing requirements and the Great Purge in 1937. 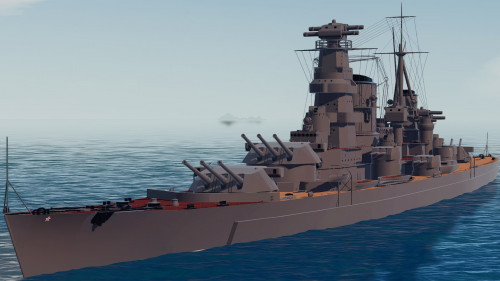 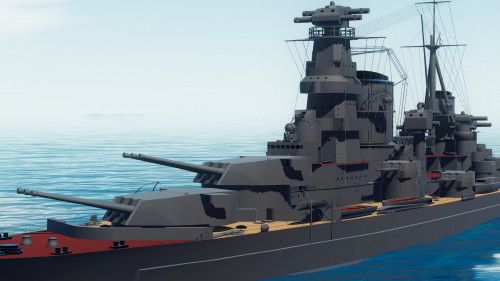 The main armament consisted of three electrically powered triple-gun turrets, each with three 54-
caliber 305 mm B-50 guns. The turrets were based on the MK-2 turrets planned for the Project 25 large
cruiser. The guns could be depressed to -3° and elevated to 45°. They had a fixed loading angle of 6°
and their rate of fire varied with the time required to relay the gun. It ranged from 2.36 to 3.24 rounds
per minute depending on the elevation.The turrets could elevate at a rate of 10 degrees per second
and traverse at 5.1 degrees per second. 100 rounds per gun were carried. The gun fired 470-kilogram
(1,040 lb) armor-piercing projectiles at a muzzle velocity of 900 m/s (3,000 ft/s); this provided a
maximum range of 47,580 meters (52,030 yd).

The secondary armament consisted of eight 57-caliber B-38 152 mm guns mounted in four twin-gun
turrets concentrated at the forward end of the superstructure. The forward turrets were inboard and
above the outer turrets which provided both turrets with good arcs of fire. Their elevation limits were
-5° to +45° with a fixed loading angle of 8°. Their rate of fire also varied with the elevation from 7.5 to
4.8 rounds per minute. The turrets could elevate at a rate of 13 degrees per second and traverse at 6
degrees per second. They had a maximum range of 30,085 meters (32,901 yd) with a 50-kilogram (110
lb) shell at a muzzle velocity of 915 m/s (3,000 ft/s). 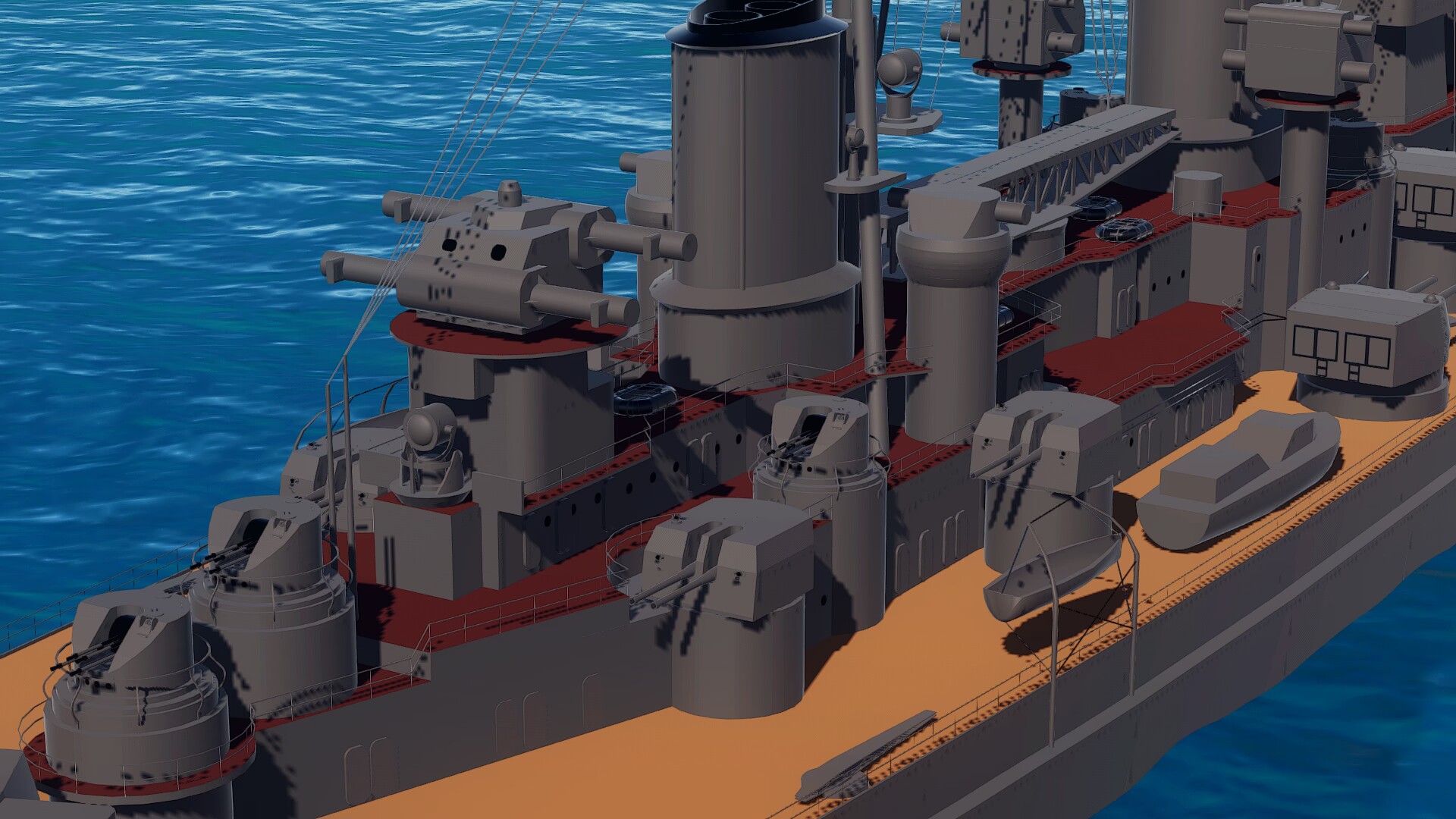 Light AA defense was handled by six quadruple, water-cooled mounts fitted with 37 mm (1.5 in) 70-K
guns. Two mounts were abreast the forward funnel, two just abaft the rear funnel and the last two on
the centerline of the aft superstructure superfiring over the rear main-gun turret. Initially seven
mounts were planned, but the one above the conning tower was exchanged for a director for the 100
mm guns in early 1940 when the Navy realized that the other directors were blocked by the
superstructure. The guns fired .732-kilogram (1.61 lb) shells at a muzzle velocity of 880 m/s (2,887 ft/s).
Their maximum range was 8,000 meters (26,247 ft). 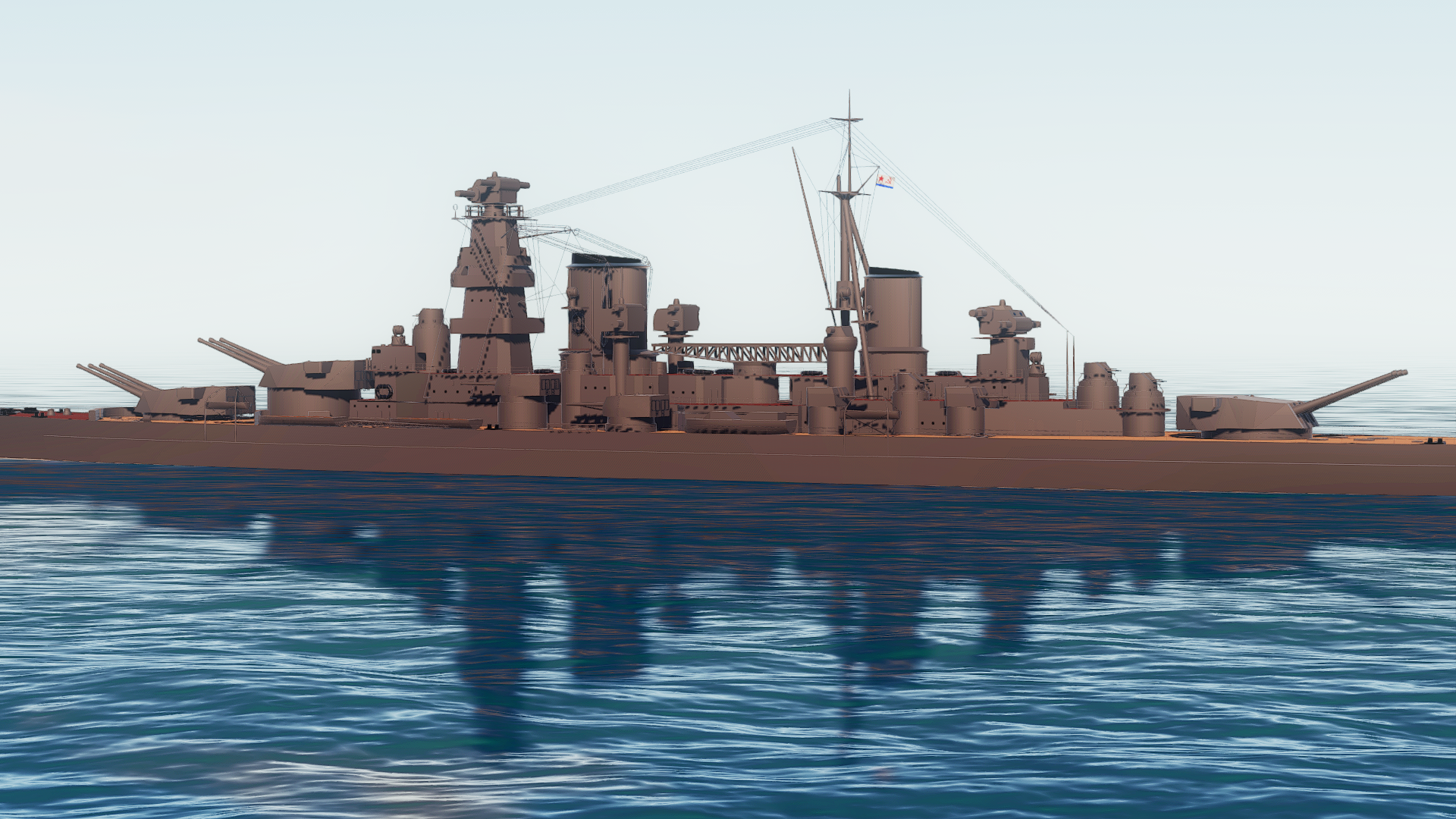 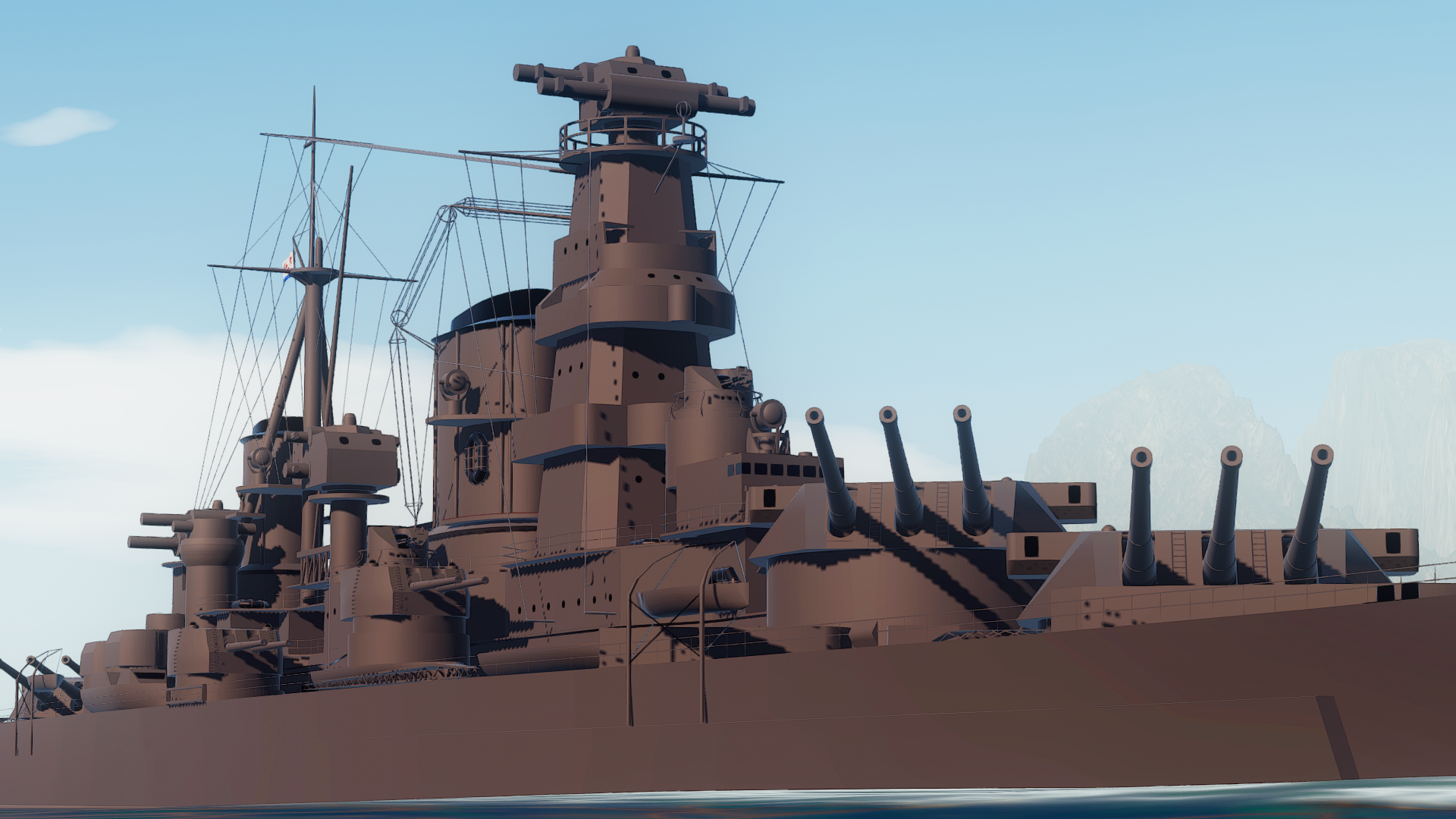 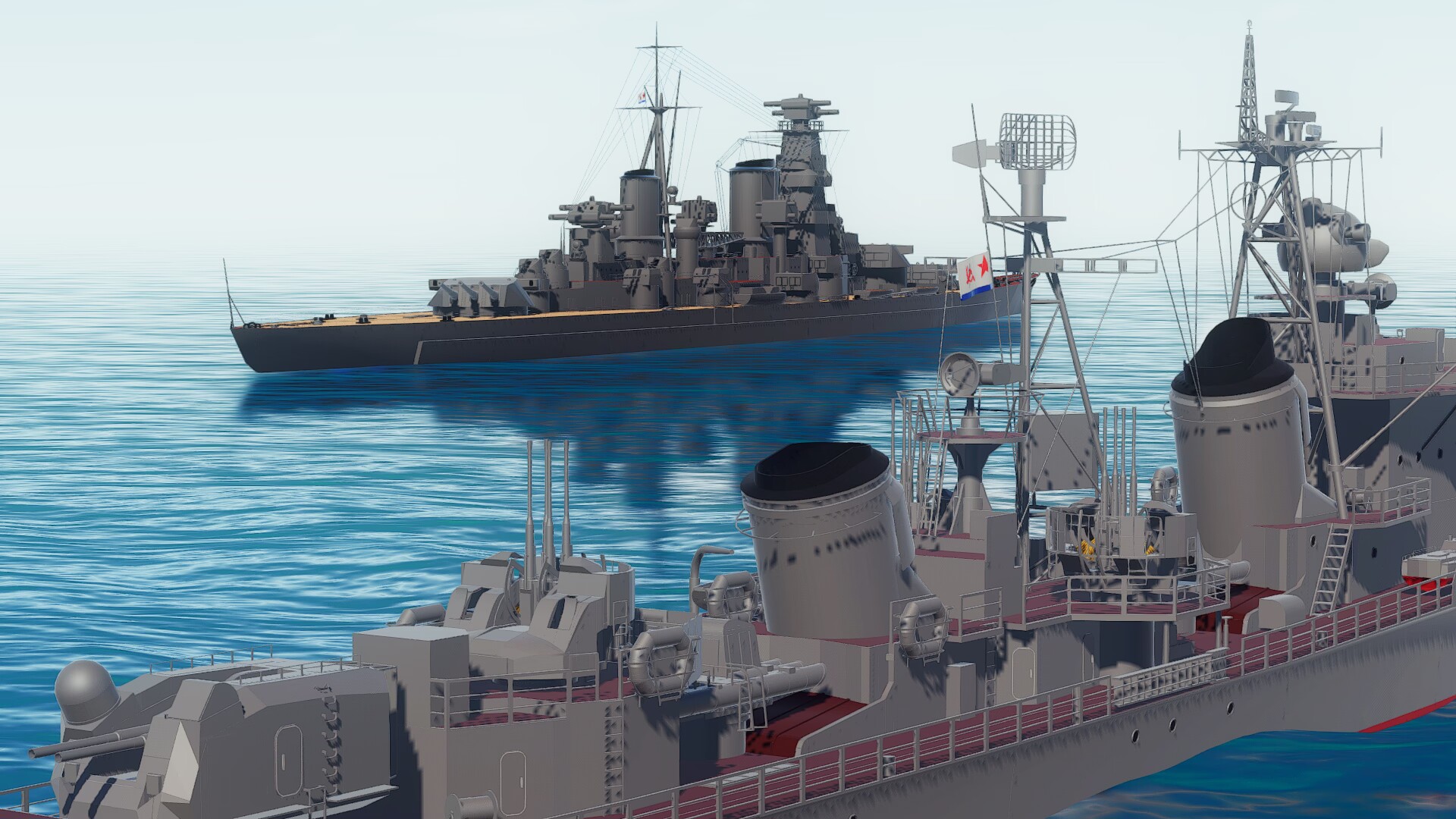 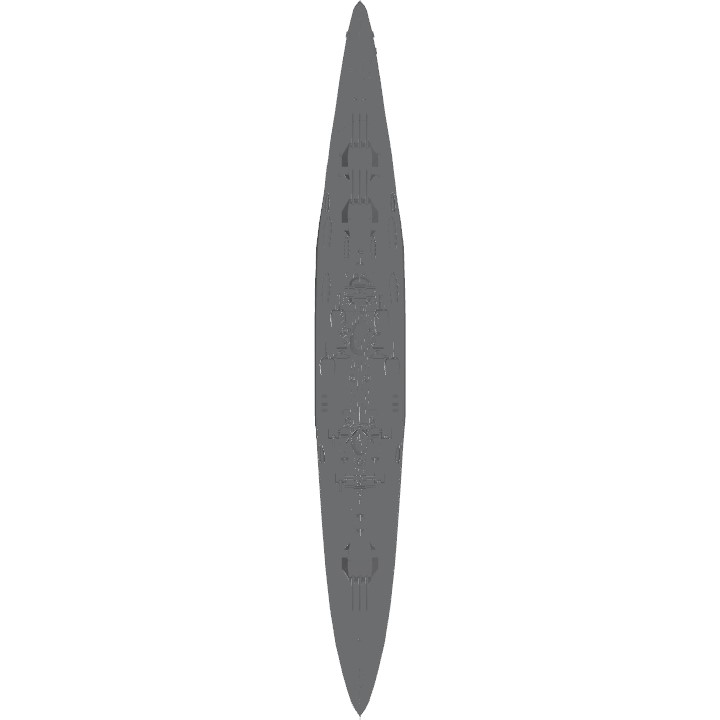 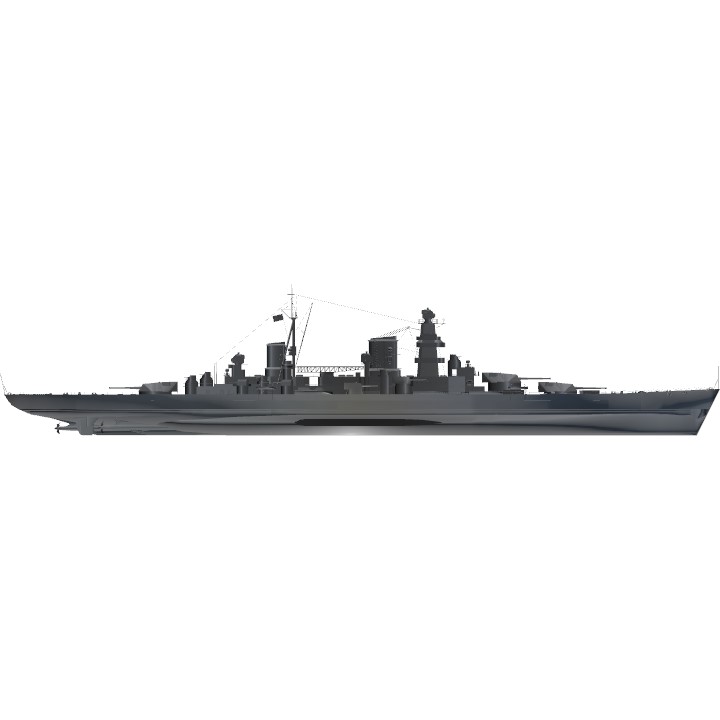 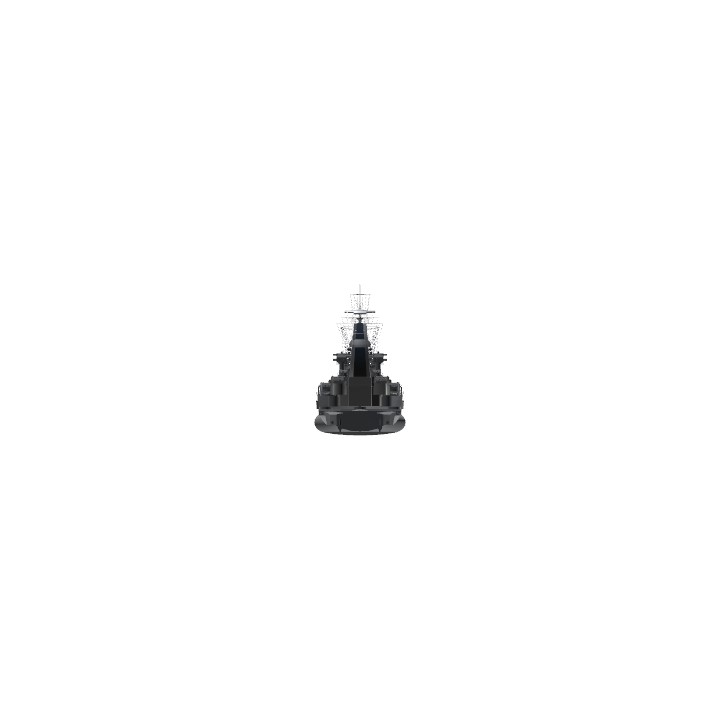