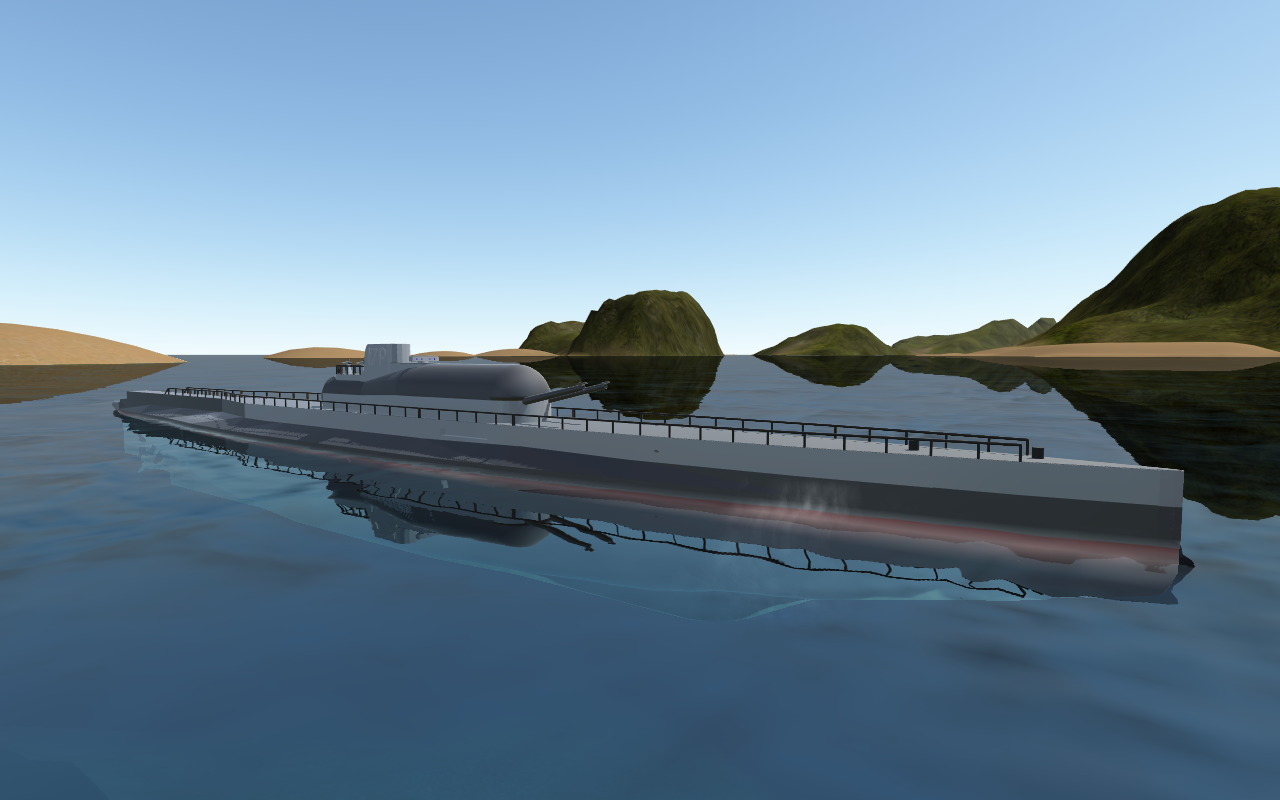 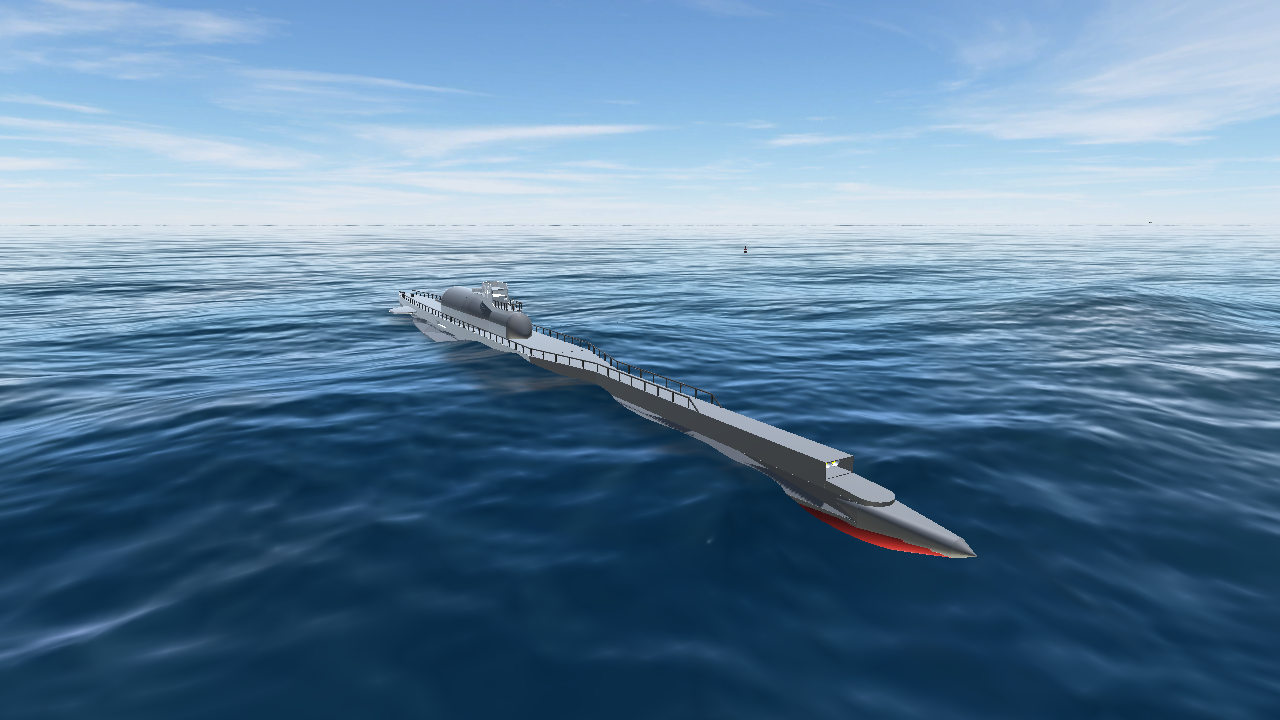 The Submarine Cruiser Surcouf was a submarine built for the Marine National, the largest french submarine cruiser built, and the largest submarine in the world until the construction of the Imperial Japanese Navy I-400-Class Submarines. She was named after Robert Surcouf, a French Privateer who operated in the Indian Ocean. Laid down in July 1927, she was launched in November 1929 and commissioned in April 1934, she (and her class) was designed to be able to ensure the protection of France and the French Colonial Empire. The Surcouf was laid down 4 years after the Washington Naval Treaty, which did not limit the construction of submarines, due to a disagreement between the British, who wanted submarines to be banned outright, due to their effectiveness against them during the war, and the French, who demanded an allowance of 90,000 tonnes. This matter remained unresolved, meaning submarines went unrestricted. The 1930 London Naval Treaty imposed restrictions on submarines, allowing a stanadrd displacement of 2000 tonnes, with France allowed to keep one submarine up to 2800 tonnes, and a maximum caliber of 155mm. The Surcouf, with her 203mm guns and 3300 tonne surfaced displacement, exceeded these limitations, although an exemption was granted, however no more submarines of her class could be built.

In 1940, she was based in Cherbourg but was being refitted in Brest after a mission in the Antilles and the Gulf of Guinea during the Fall of France. With only one engine, a jammed rudder, and unable to dive, she limped across the channel to Plymouth using her electric motors, where, on the 3rd of July, during the British Operation Catapult, a skirmish broke out on the Surcouf, leading to the death of three British and one French sailor. By August, the British had completed her refit, where she was turned over to the Forces Navales Françaises Libres (Free French Navy) for convoy patrol. she was then deployed to Halifax, Canada, and escorted Trans-Atlantic convoys, and was damaged by a German aircraft in April 1941 at Devonport, and was refitted in Portsmouth, (The US one), from the 28th of July until . Upon completion of the refit, she sailed to New London and then to Halifax on the 27th of November. In December she carried the Free French Admiral to Ottawa, where the captain was approached by a New York Times Reporter asking about rumours that the Surcouf was going to liberate Saint-Pierre and Miquelon. The reporter accompanied the submarine to Halifax, where on the 20th she joined up with 3 free french corvettes, and on the 24th, took control of the islands. In 1942 she was ordered to Sydney, via Tahiti following the outbreak of war with Japan, departing Halifax to Bermuda on the 2nd of February, where she was resupplied. She departed Bermuda on the 12th, headed for the Panama Canal. She never arrived.

The Surcouf disappeared on the night of the 18/19th of February around 130km north of Crístobal, Panama while heading for Tahiti through the Panama Canal, . An American report states that she was rammed by the American Freighter Thompson Lykes, which reported hitting and running down a partially submerged object which scraped along the side and keel. The French investigation concluded it was a misunderstanding by a PBY Catalina, believing her to be German or Japanese. Another theory is that she was attacked by the USAAF 6th Heavy Bomber Group based in Panama, as their records show a large submarine being sunk on the morning of the 19th.

This build took, as with most, two months to make, and was the one that identified the diffuseInertiaTensors issue which also hampered the Red October, and although it is disabled, the weight of the turret means that it wobbles regardless. This is my first submarine build that has an accurate speed when surfaced and submerged, as well as dive depth and style of diving (for regular dive), although speed of diving and surfacing, taking two minutes to dive to a depth of 12m, are not accurate. 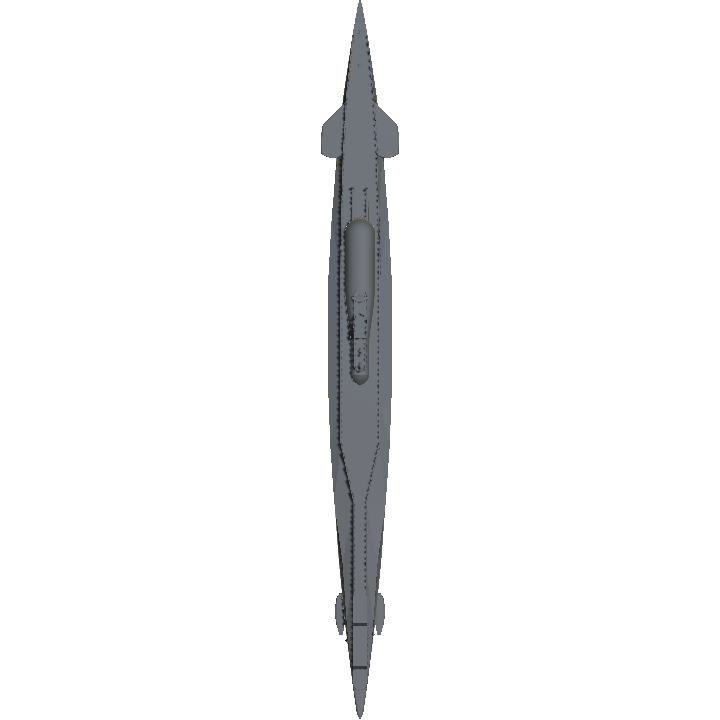 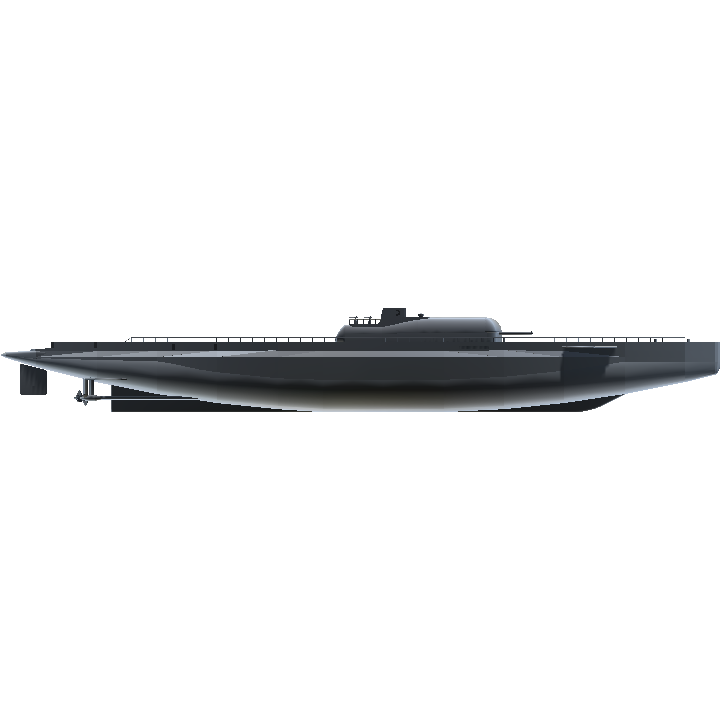