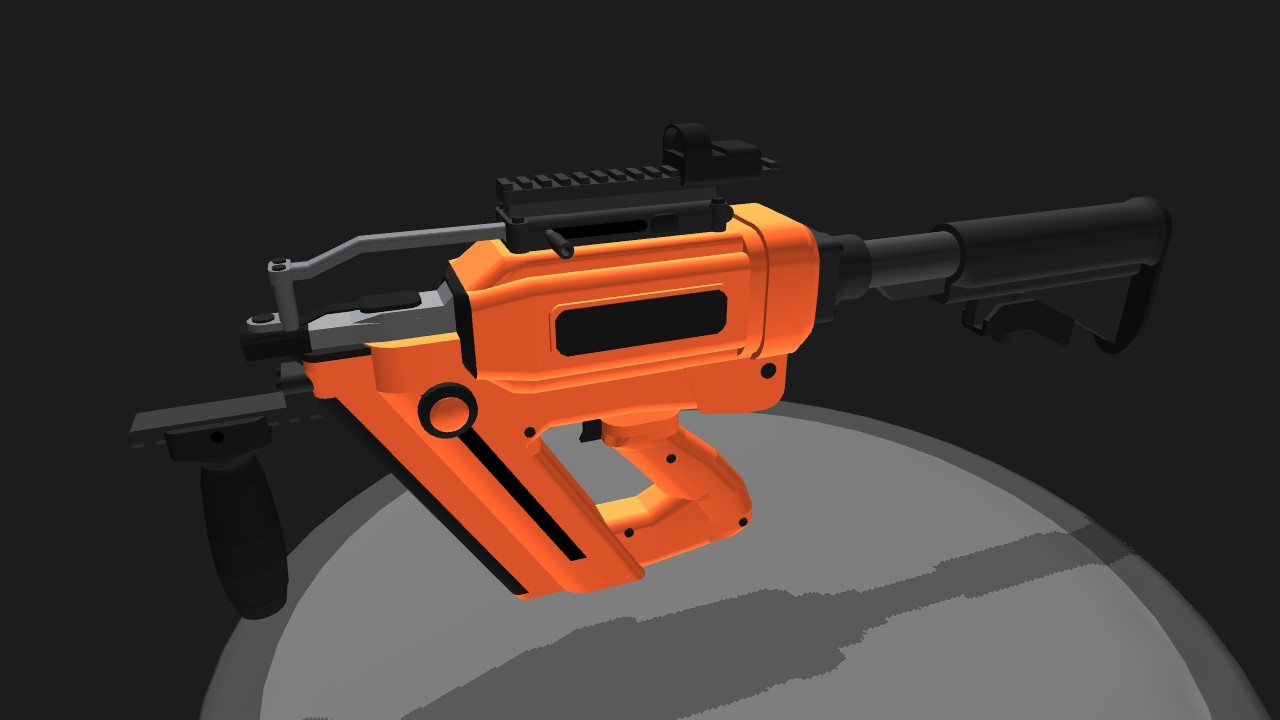 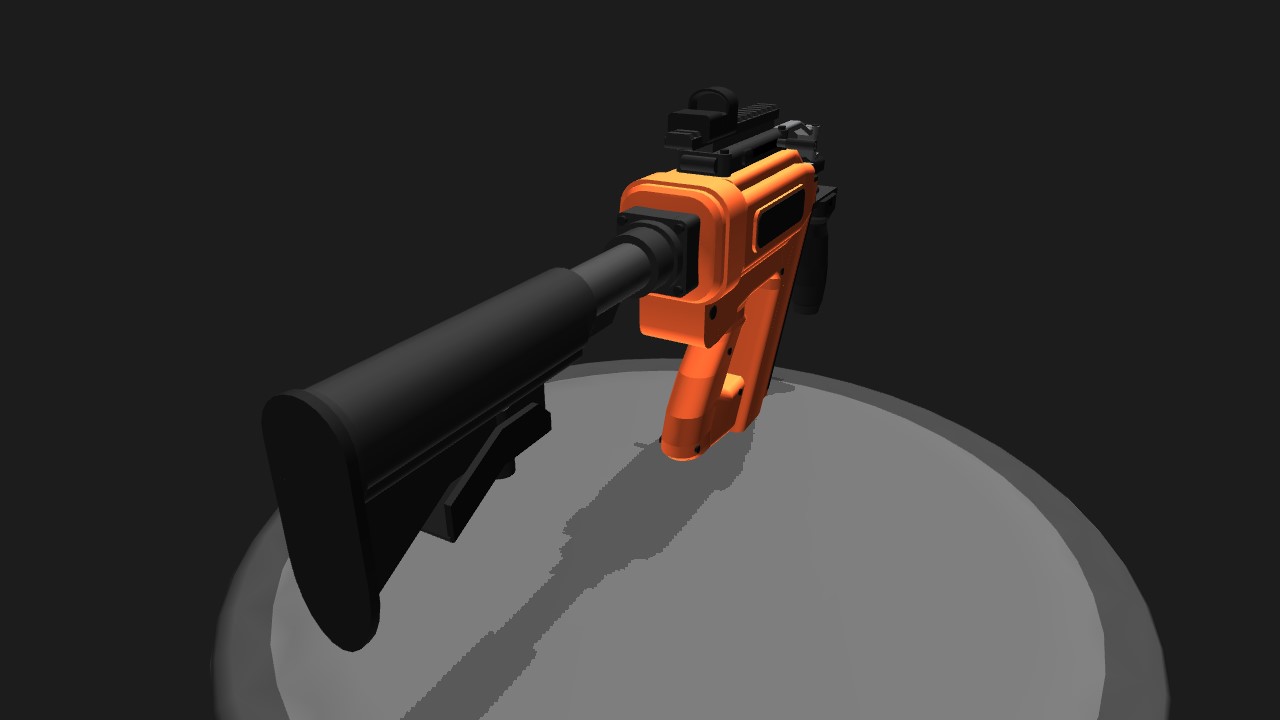 This is pretty much a joke upload! Nail guns used as actual ranged weapons are kind of a trope in fictional media (I mean, my inspiration is the anime Highschool of the Dead, and oldy but goody), but the truth is, they’re pretty awful at everything except at point-blank ranges. The nails are too small to have any stopping power, not aerodynamic enough to even fly straight, and basically all nail guns have physical locks that prevent them from discharging unless they are pressed against a surface… but, I digress.

So, this modification? I tried to absolutely maximize pragmatic value, while keeping everything lightweight (for those of you who have never held one, nail guns are pretty dang heavy, and big too). Each of the three parts permanently anchor onto the nail gun at different points. The back part is simple, just an M4-style buffer tube and adjustable stock. It screws onto the back of the nail gun. On the front, there is a short Picatinny rail screwed in under the barrel; I attached a KAC vertical grip to help manage the weight, but due to the nature of this weapon, a visible laser wouldn’t be a bad choice either.

The top section is pretty cool. It acts as a physical safety. When the “charging handle” is cocked back, it pulls back the barrel and simulates the nail gun’s safety catch being pressed, so the weapon can be discharged freely. The handle stays locked back, and is released by pushing the button right behind it (so the nail gun is in safe mode again, can’t be fired). And the whole mechanism is ambidextrous! There’s also a top rail, on which I’ve attached a Vortex Razor Red Dot; not super useful, but it’s a great choice, given the maximum range of about 10 feet.

For anyone interested, I modeled the nail gun itself off of a Paslode Impulse Cordless Framing Nailer 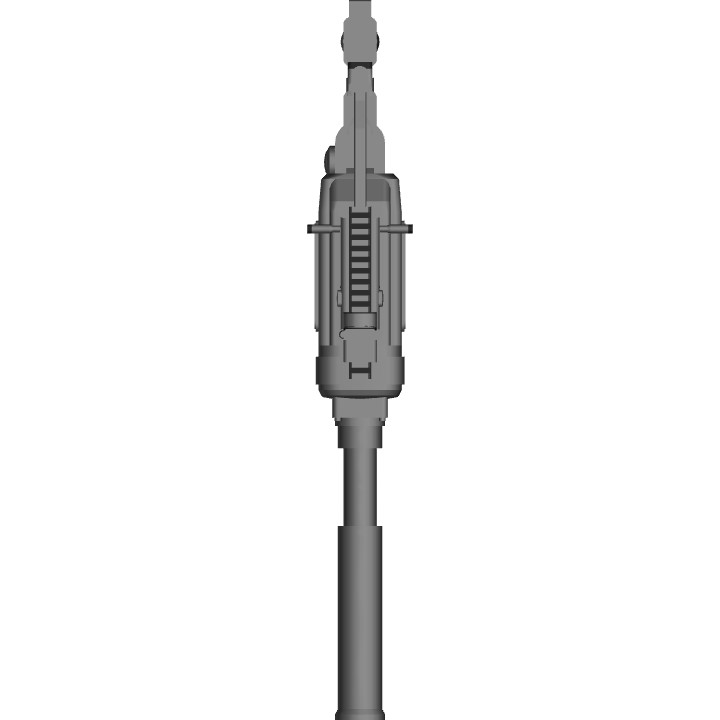 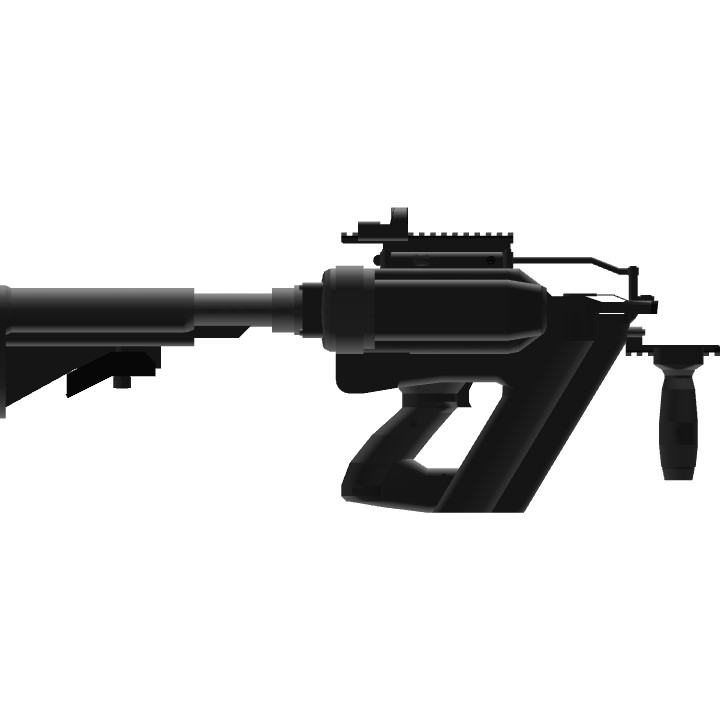 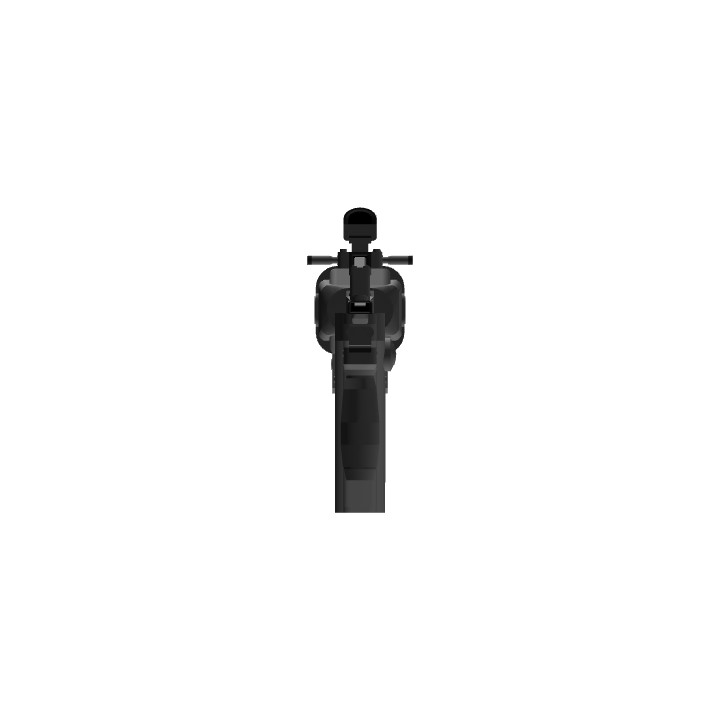