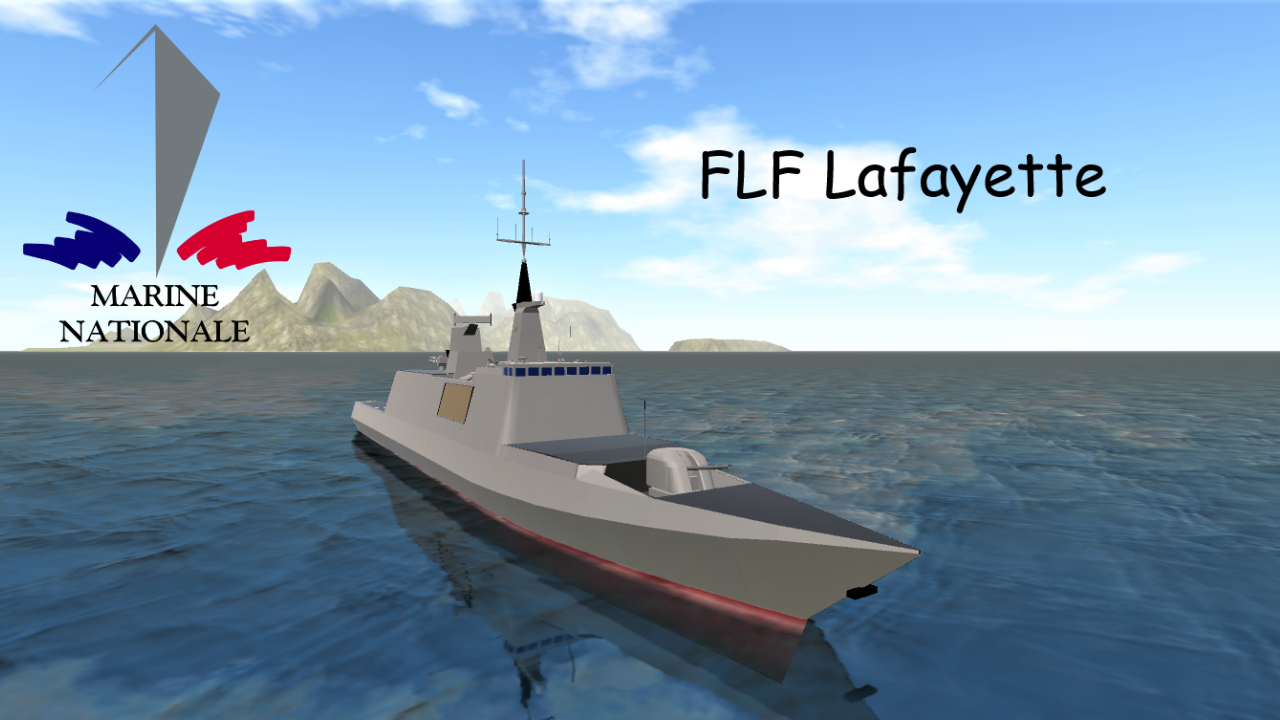 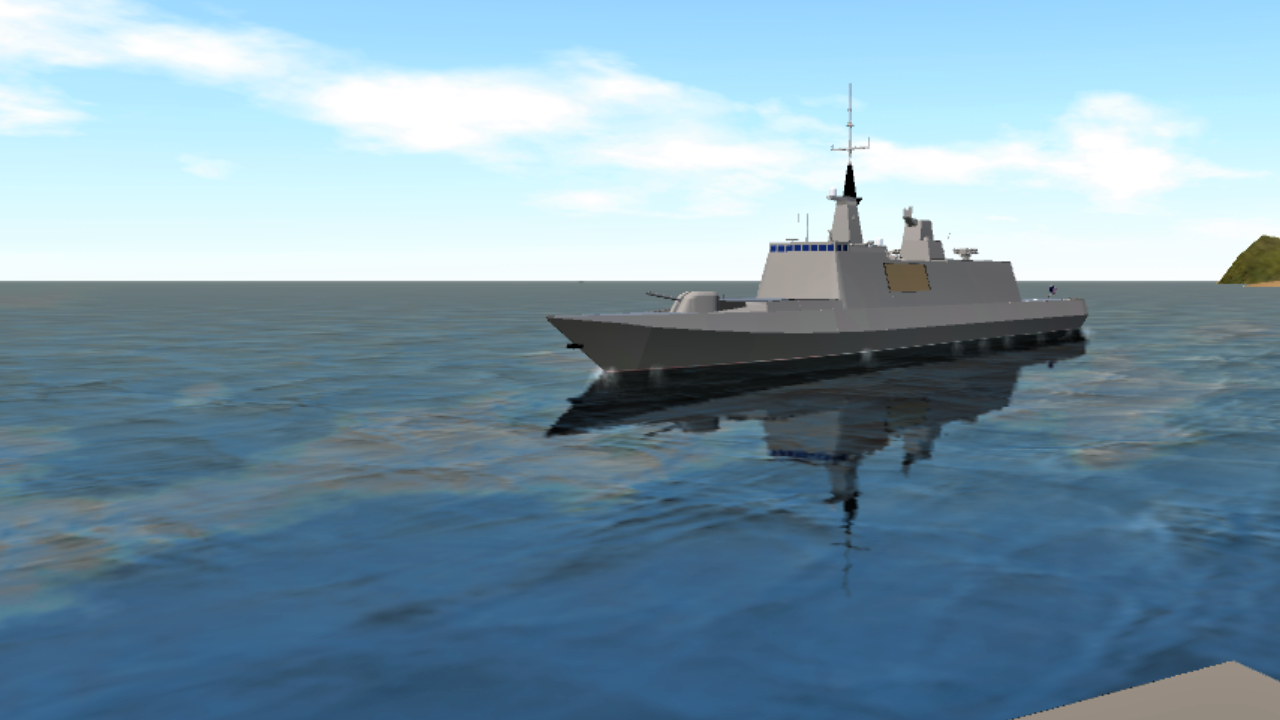 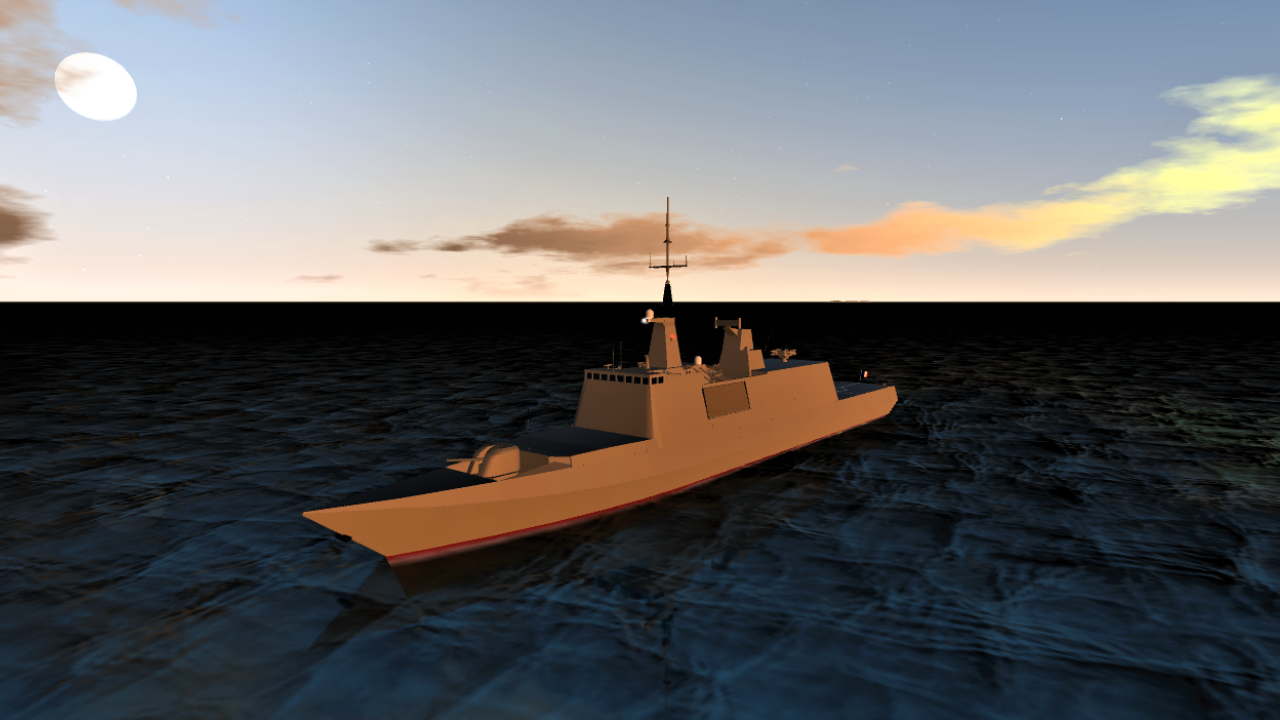 The Lafayette frigates were also sold to 3 other navies, some modifications (click) were made according to the customer's wishes.

To target the target, use VTOL, the Trim is automatic

choose the right or left exocet, and shoot

The world's first stealth warships, manufactured in the 1990s, the Frigates La Fayette is a major innovation.

La Fayette-type frigates (FLF) preserve and enforce national interests in maritime areas and participate in the settlement of crises. Vanguard stealth units, they can provide support to a task force, protection of commercial traffic, special operations or humanitarian missions.

These ships carry a Panther anti-ship helicopter. The FLF are at the forefront in the conduct of operations where their stealth is an asset. Depending on the circumstances, they can also intervene within the framework of the maritime defense of the territory.

To build this ship, I used the hull of NFIGMT frigate: HERE, originally based on that of KerlonceauxIndustries, HERE but there is not much in common anymore, I used this hull, because it is a Lafayette frigate hull bought by Taiwan, modified and renamed "Cheng Kung-class frigate" 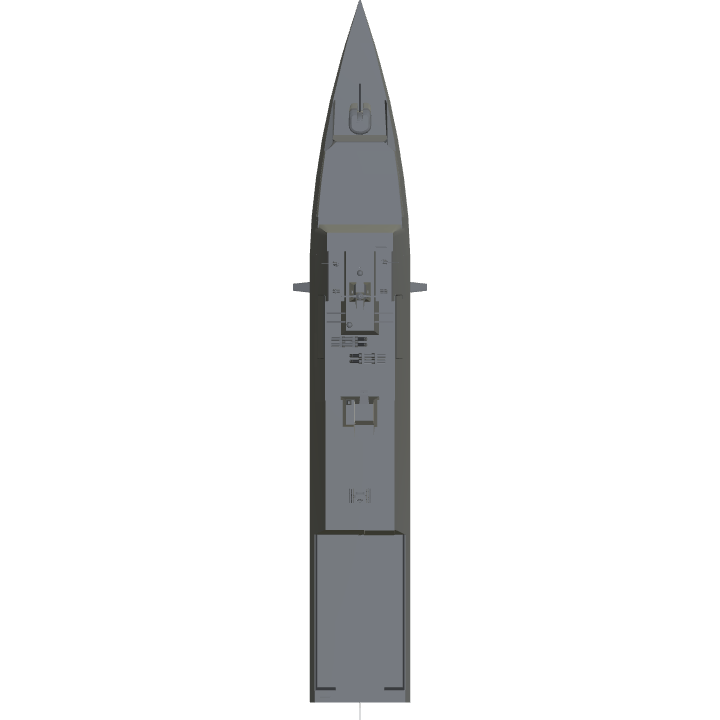 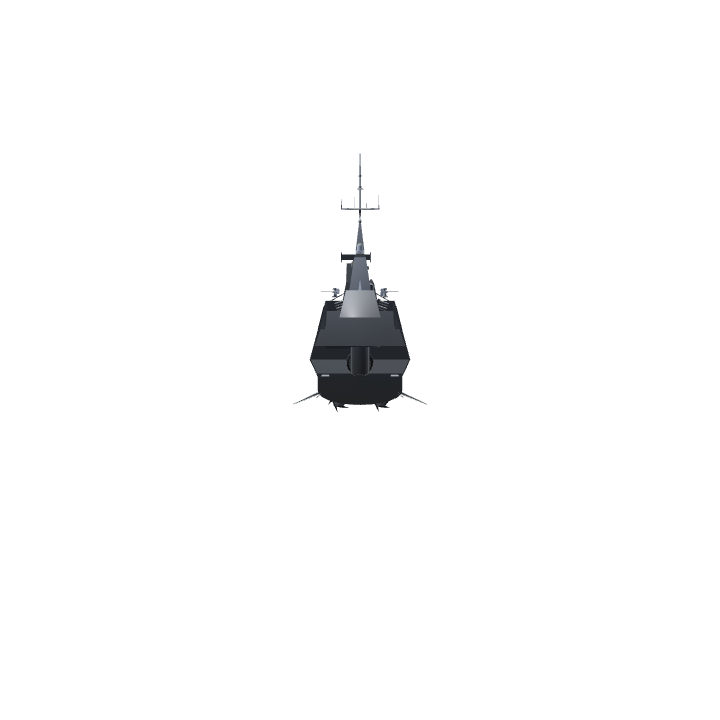