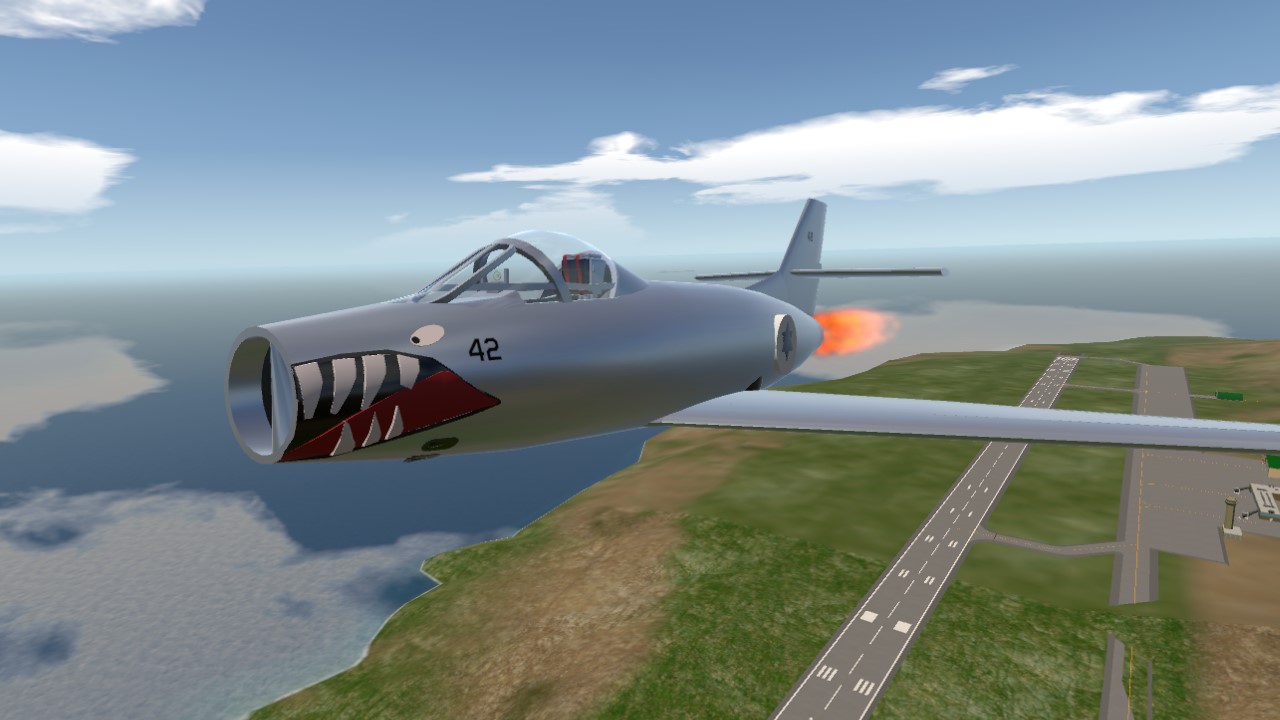 The Dassault M.D.450 Ouragan (French: Hurricane) is a French fighter-bomber developed and produced by Dassault Aviation. It has its origins in a private venture by Dassault to produce an all-French aircraft which would make use of jet propulsion, which subsequently would receive orders from the French Air Force.

The Ouragan holds the distinction of being the first jet-powered French-designed combat aircraft to enter production, and thus played a key role in the resurgence of the French aviation industry following the Second World War. The Ouragan was operated by France, India, Israel and El Salvador. While in Israeli service, the type participated in both the Suez Crisis and the Six-Day War.

Development
Origins Edit
As a consequence of the nation being occupied by Germany during the majority of the Second World War, France had not been able to contribute significantly to the great strides that had been made in aircraft design during the conflict. In March 1945, aviation designer Marcel Bloch returned to France from captivity in the Buchenwald concentration camp and was eager to re-establish the aviation industry through the development and production of an all-French fighter, powered by newly developed jet propulsion technology.[1] In particular, he was keen to develop the aircraft quickly enough to corner the emerging market for such an aircraft. In early 1946, Bloch renamed both himself and his new company Dassault, after his brother's wartime codename in the French Resistance.[1]

In 1947, following the bare-bones preparation of a factory and equipment, Dassault formally embarked on the development of this all-French fighter, which was solely at his own initiative at the start.[1] According to aviation historian Kenneth Munson, Dassault's design drew more on American rather than British inspiration, having elected to use features such as a very thin wing akin to the Lockheed P-80 Shooting Star and a basic configuration comparable to the North American F-86 Sabre.[1] Due to its interceptor role, an emphasis had been placed on a fast rate of climb. The aircraft was powered by a single Rolls-Royce Nene turbojet engine, which was already being licence-produced in France by Hispano-Suiza for the SNCASE SE-535, which was in turn a licence-built version of the British de Havilland Vampire.[1]

In September 1947, a series of talks outlining the project took place between Dassault and the Bureau d'Etudes et Plans d'Etat Major.[1] The French government's response to the proposal was positive;[2] however no firm order for the aircraft was placed at this time, necessitating the project to proceed as a private venture.[1] In December 1947, the detailed design work phase of the project, which had been allocated the design number M.D. (Marcel Dassault) 450, commenced. On 7 April 1948, the construction of a prototype began at the company's factory in Saint-Cloud, Paris.[1] On 29 June 1948, Dassault's decision to proceed was met with the issuing of contract No. 2223/48 from the Service Technique de l'Aéronautique of the Ministère des Armées Air, which ordered the construction of three prototypes.[1]

Prototypes Edit
The rate of progress on the project was such that, within 15 months of design work having formally started, the first prototype, designated M.D.450-01, had been fully constructed and had performed its maiden flight.[1] On 28 February 1948, the first prototype of the Ouragan fighter conducted its first flight with Dassault Chief Test Pilot Kostia Rozanoff at the controls.[3] This prototype lacked pressurization, armament, and the distinctive wingtip fuel tanks of subsequent production aircraft.[1] It was powered by a Rolls-Royce Nene 102 centrifugal-flow engine capable of generating 22.27 kN (2,270 kp/5,000 lbf) of thrust. During service trials in 1949, the first prototype attained a top speed of 980 km/h (529 knots, 609 mph) and achieved an initial climb rate of 43 m/s (8,465 ft/min).[4]

The completion of the third prototype was delayed to incorporate lessons learnt from the first two prototypes.[1] On 2 June 1950, the third prototype, M.D.450-03, conducted its first flight.[1] This third prototype was powered by a Hispano-Suiza-licensed Nene 104, as envisaged for use on production aircraft. It was dispatched to Centre d'Essais en Vol de Cazaux to conduct weapons trials while armed with 15 mm and later 20 mm cannons.[5]

On 31 August 1949, the French Air Force ordered 15 pre-production aircraft, which were later reduced to 12, in order to support the test program.[5] The contract was signed on 15 December 1949.[6] These pre-production aircraft saw extensive use in various flying trials and evaluations, including various engines, armament schemes, and equipment payloads, as well as to support other development programs. Amongst these aircraft, which were designated M.D.450-1 through to M.D.450-12, were several notable revisions; M.D.450-6 was the first aircraft of the type to feature electrically operated trim tabs, M.D.450-8 (also known as M.D.450R, was configured as an aerial reconnaissance aircraft, and M.D.450-10, which was used as a flying testbed for the SNECMA Atar engine.[7]

Production Edit
According to Munson, around the time of the pre-production aircraft order, there had been considerations within the French Government for the procurement of up to 850 Ouragans under a five-year plan to recapitalise the French armed forces.[8] On 31 August 1950, Dassault received an initial fixed order contract for 150 production Ouragans to equip the Armée de l'Air. In the following years, a further three orders, each ordering an additional 100 Ouragans, would be placed by the French government; however, the final of these additional orders would be cancelled in January 1952 in favour of an equivalent order for the newer and more advanced Dassault Mystère IIC.[2][8]

Dassault's production facilities proved to be unable to attain the rate of production necessary to keep pace with the domestic orders, in part due to a lack of time to refine the Ouragan's design to make it easier to mass-produce; accordingly, portions of the work were subcontracted to other French aircraft manufacturers.[8] A manufacturing arrangement was formed with SNCASE to assemble forward fuselages for the aircraft at their Toulouse factory, while a similar agreement with SNCASO led to the firm manufacturing rear fuselages at Saint-Nazaire and wings in Bouguenais.[8] Dassault's factories continued to produce the center fuselage and tail units, while final assembly was carried out at Dassault's facility in Mérignac, Gironde.[8]

On 5 December 1951, the first production Ouragan conducted its maiden flight. There was little difference between the pre-production and production aircraft, the most significant being alterations to the design of the doors enclosing the retractable nosewheel landing leg in response to accidents that occurred on the first two prototypes.[8] By the end of 1952, a total of 39 production aircraft had been completed; a further 93 were manufactured in 1953, and the final 118 were finished by mid-1954.[8]

A handful of production Ouragans were experimentally adapted for intended use of the type from unprepared airstrips. Modifications included the substitution of the single-wheel main gear to a two-wheel configuration fitted with low pressure tires, which retracted into a fairing installed under the wing roots; drogue parachutes were also installed.[9] Aircraft so fitted were nicknamed "Barougan", derived from combining the Ouragan name with the Arabic word baroud (battle).[10] This configuration was intended for combat operations in Algeria. On 24 February 1954, the first Barougan performed its first flight. A further three aircraft would be used in the test programme, which involved multiple grass landings at varying weights. In 1958, further development of the Barougan variant was abandoned; some of the test aircraft were later re-converted back to the standard Ouragan configuration.[11] 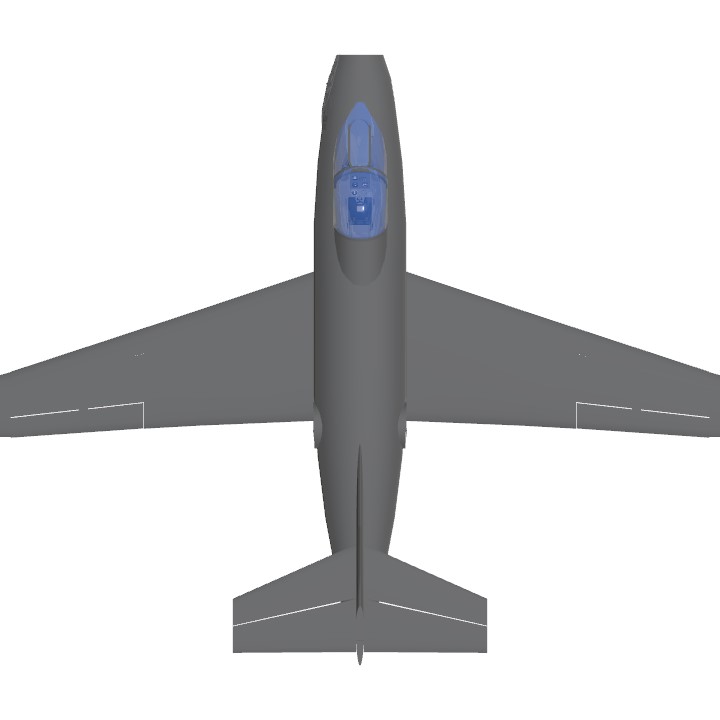 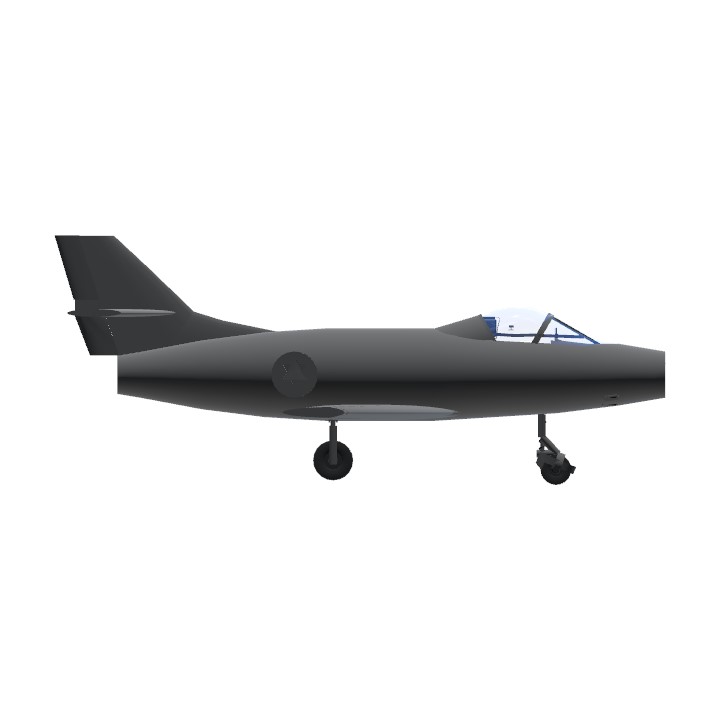 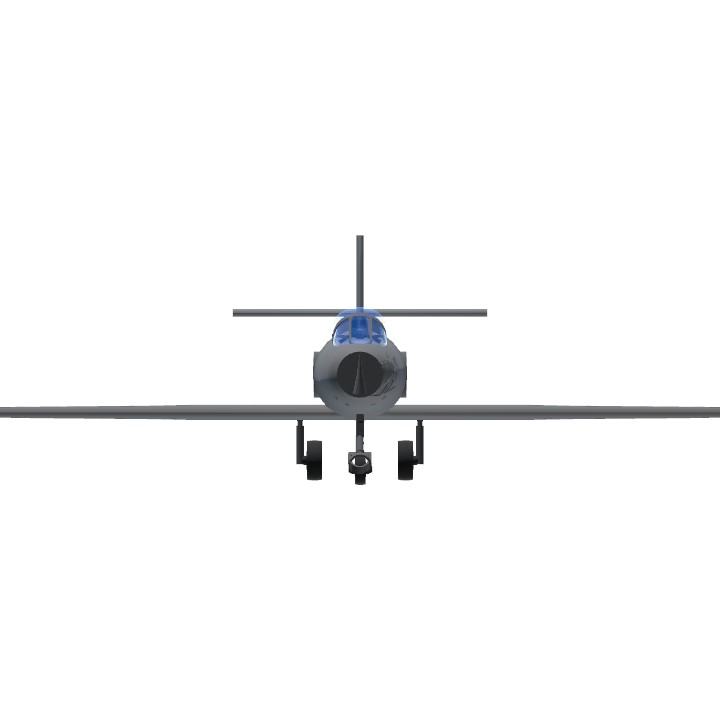