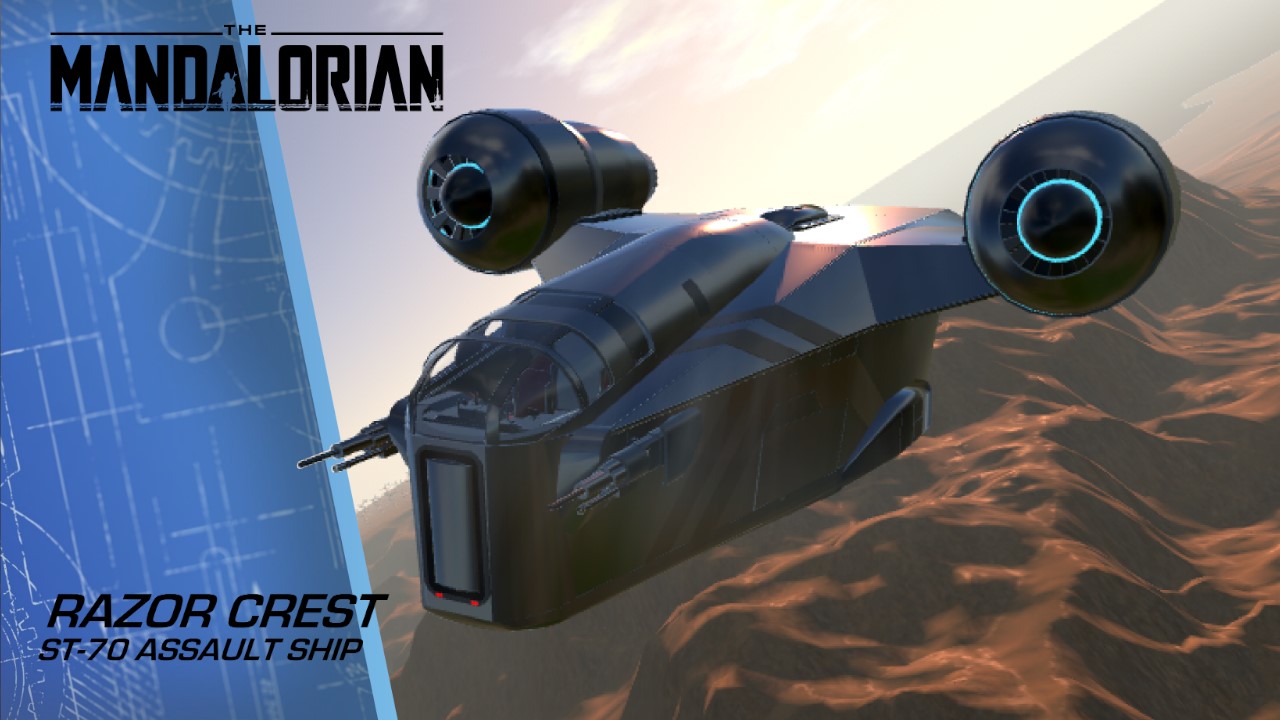 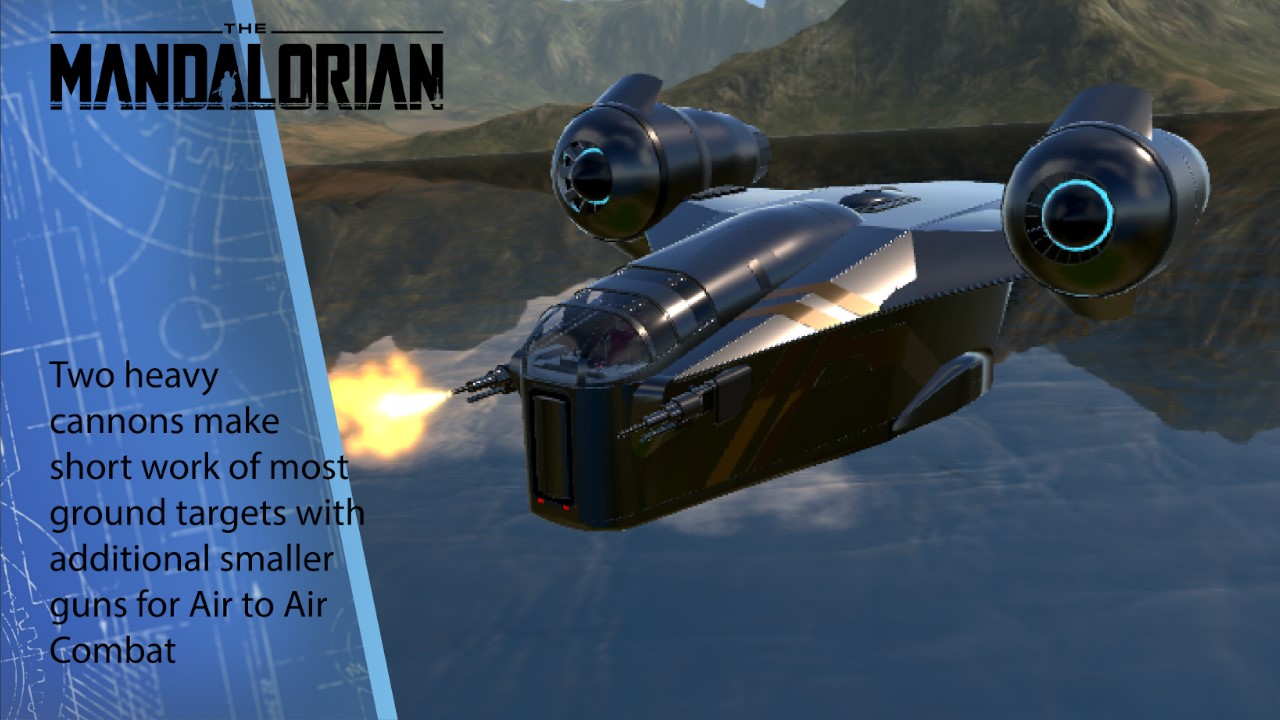 Note 1: This vehicle is a VTOL landing and Takeoff only. You must first go into a HOVER (AG2) at least 80% power in order to takeoff, and switch to FLIGHT mode (AG1) to fly forward. To land use Hover (AG2) at anything below 75% power. Remember to turn off AG2 once you are in FLIGHT mode (AG1).

The Razor Crest was an ST-70 Assault Ship used by the Mandalorian bounty hunter Din Djarin. Prior to the rise of the Galactic Empire, it served as a military patrol craft. The vessel eventually fell into the hands of Din Djarin, who lived and worked from it as he hunted bounties in the Outer Rim Territories in the early years of the New Republic. He used it throughout the search for the child named Grogu, and continued to use it on the quest to find Grogu's species in 9 ABY. The Razor Crest was destroyed by a single shot fired by Gideon's light cruiser during a skirmish on Tython.

The Razor Crest was built before the rise of the Galactic Empire in 19 BBY and survived the ensuing Imperial Era. Still functional during the reign of the New Republic, the Razor Crest had come into the possession of Mandalorian bounty hunter Din Djarin by circa 9 ABY.Djarin used it as his personal living quarters as well as a transport for captured fugitives in the Outer Rim Territories.

With the Book of Boba Fett around the corner, I think it's time for me to release this one. I wanted to keep the parts count low so everyone could enjoy it. Inside is a decently detailed cockpit, as well as working doors and hatches. A great model for a bounty hunter on the go, this thing work pretty well on phones. In true me style extra buttons have been added to the control panel for addition modification incase you want to add new weapons and parts to it, and yes, I made sure Grogu's "Ball" was included in the cockpit design. It may be a lite model, but some details just can't be sacrificed.

A word of caution, the universe of Star Wars has no use for things like flares, so if you decide to go dogfighting against TIE fighters that carries sidewinder missiles for some reason, you may want to add a Chaff module. I will be releasing a higher detailed version of this thing later on. Fly safe, 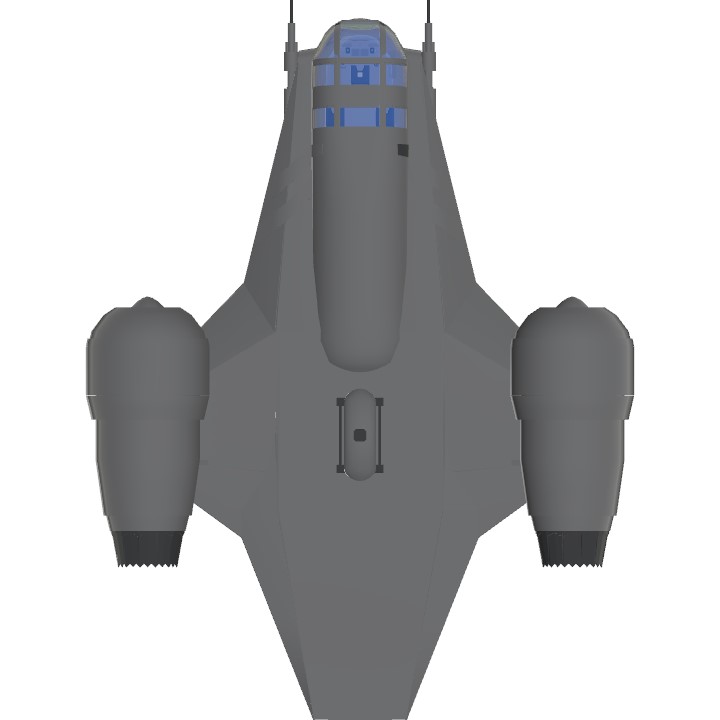 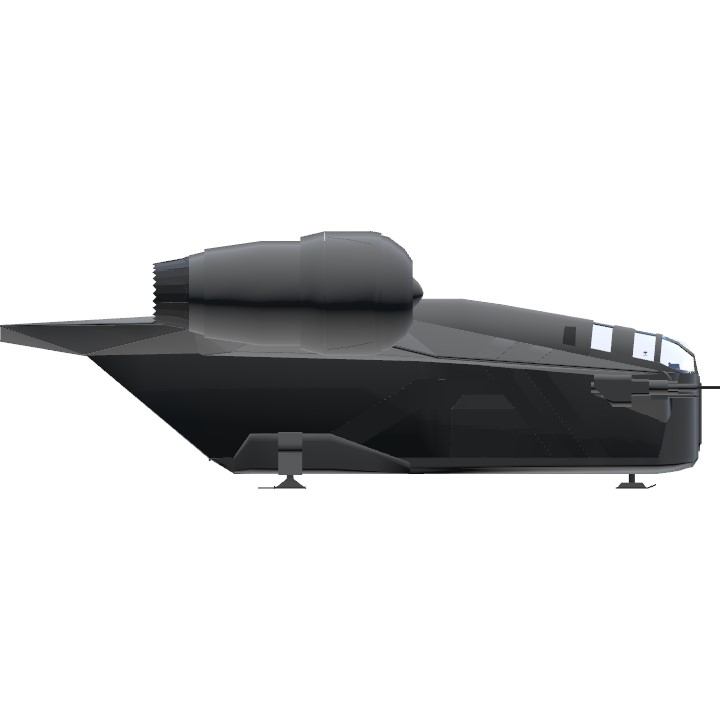 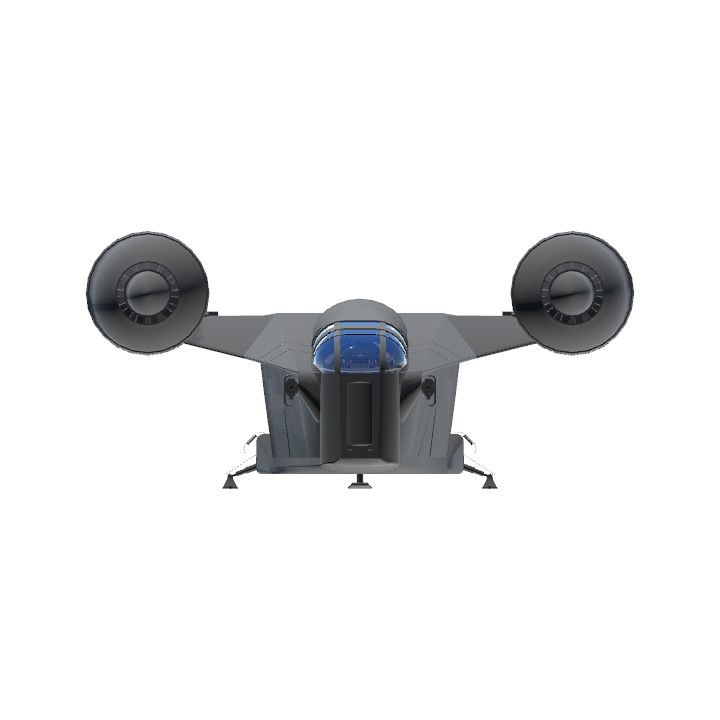