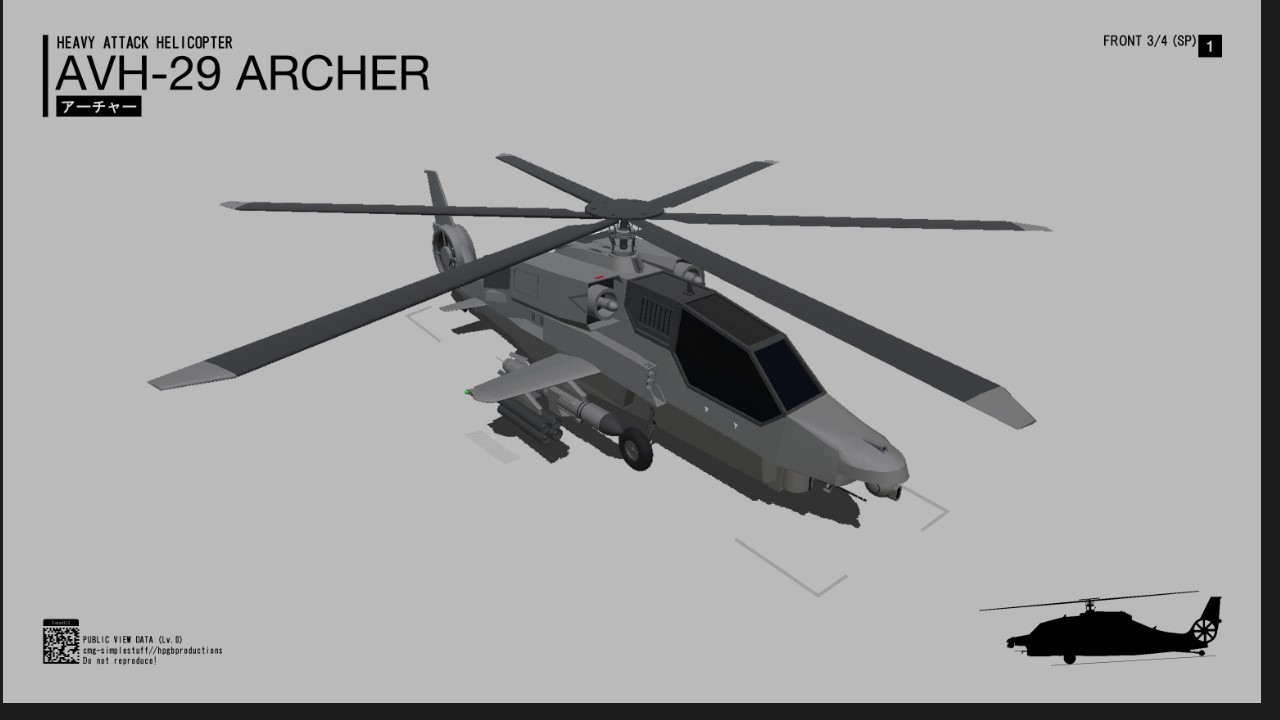 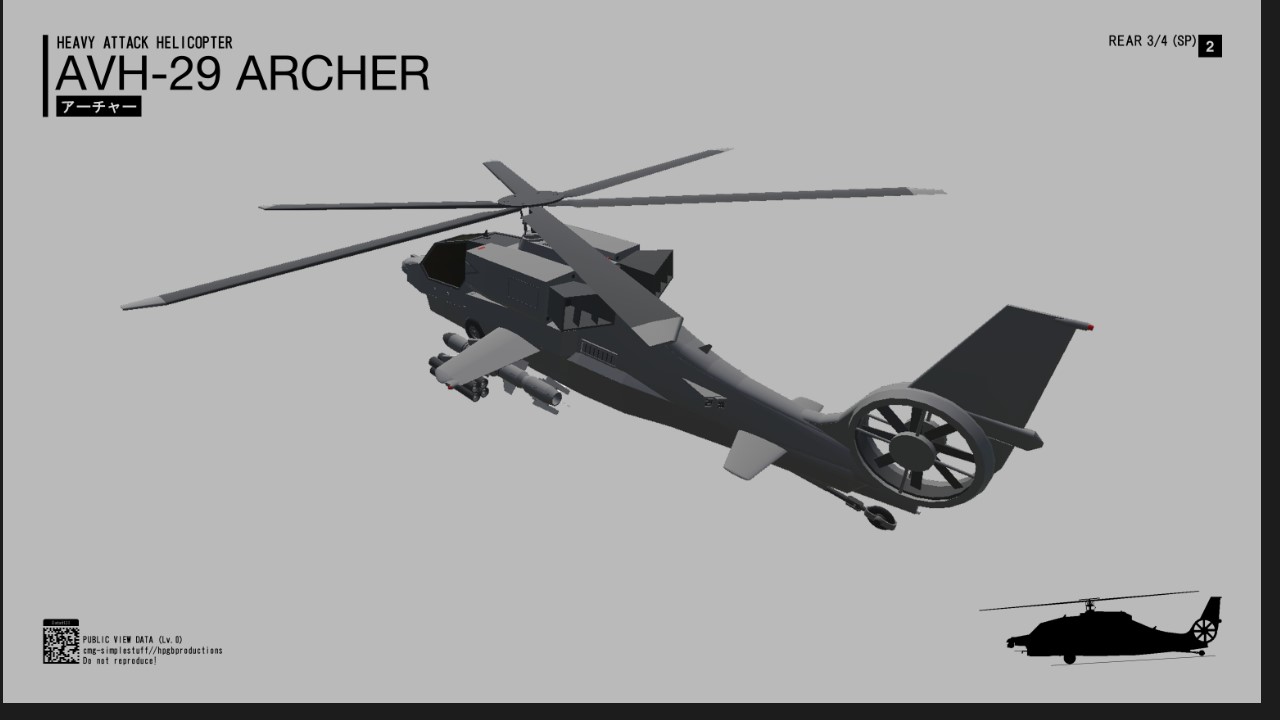 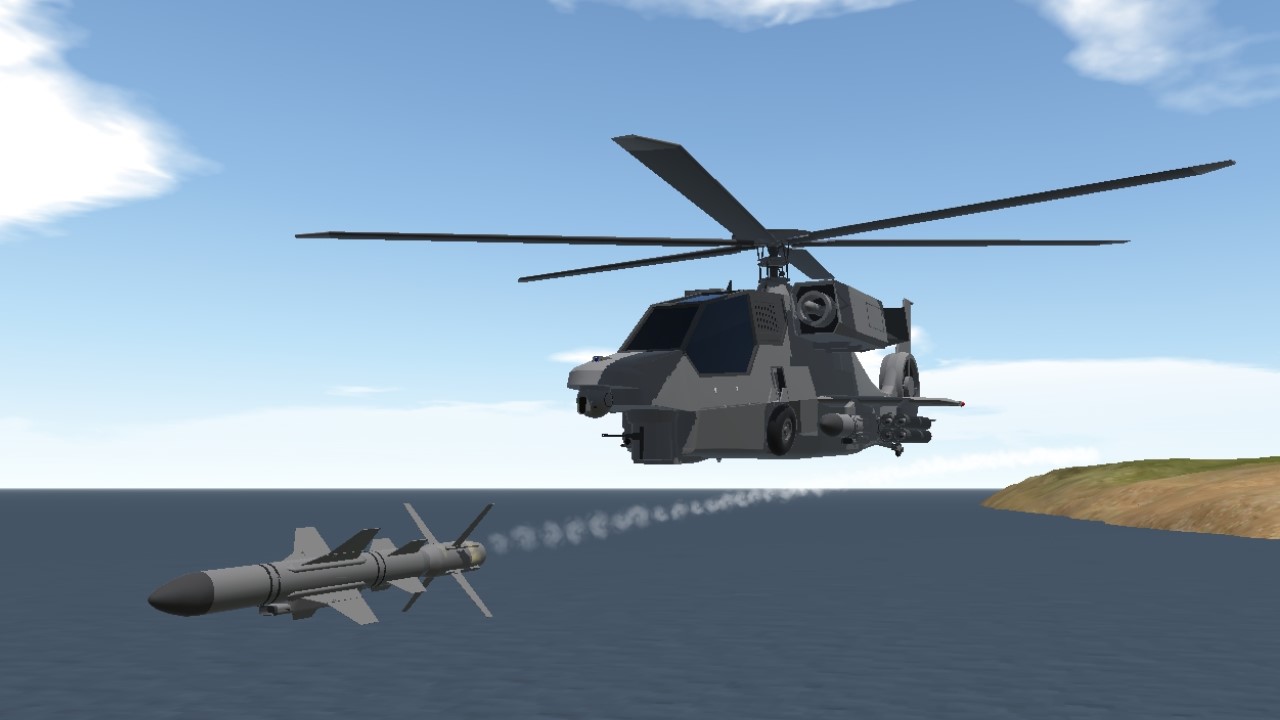 --- 26th entry (34th sucessor) of Naval Attack Challenge, but only the second helicopter ---

FEATURES:
- Hover Mode! Keeps the helicopter in place, making it easier to use the turret. Video
- Custom anti-ship missiles!

QUIRKS:
- Crabs to the right on takeoff. Not sure if it does in flight.

NOTES:
- The anti-ship missiles can be launched at low altitudes of 100ft, but the helicopter must be travelling at a significant speed (>80 mph) and at neutral pitch or higher.
- Use AG8 and AG1 to switch between the main flight controls and turret controls.
- When using AG1 on and AG8 off for Gunner Mode, always turn on AG3. Yaw and Trim can be used to move around.
- Use AG3 or AG4 to select the Trim mode. Only one should be used at a time.

The HPG Type 29 "Archer" is an attack helicopter built by the earlier HPG Aviation Company. For a primary attack system, it has high light weapon survivability, a large weapons capacity and large mission radius, but at a small cost in terms of speed and agility.

Leading to the 2030s, worldwide government reforms caused many small private arms companies to appear, and their political powers to surge. With rumors that an extensive anti-terrorist program was underway, HPG Aviation Company (and many other both private and nationalized companies) scrambled to start research on attack technologies.

Development was hindered with economic issues. However, ASTIND PROTOTYPE DIVISION (predecessor of UNCONVENTIONAL DYNAMICS DIVISION) funded the project and influenced its development, leading to the finished Type 29 being upscaled by almost 20% and a testbed for what was known at the time as the "taboo" weapons control systems. The production Type 29 did not carry such electronics, giving new empty space behind the cockpit which would be instead occupied by fuel and an improved fire control radar. Another result of ASTIND's influence was the capability to carry ASTIND's newest anti-ship missile, the RG-7. While the helicopter was slow and heavy compared to its competitors, it showed its might in long-range engagements, and was useful as a heavy anti-ship weapons carrier.

After the first period of successes of the attack helicopter, HPG Aviation Company was acquired by ASTIND CORPORATION for about $600 million. As such, HPG Aviation Company became part of the CONVENTIONAL ARMS DIVISION. The Type 29 continued development and sales as the As-29, and later the AVH-29 following the introduction of the internal naming system's reforms. An upgraded version was also designed and is referred to as Block 2.

The specialized weapons control systems returned in the AVH-29. The project was given the new designation XVH-29, and saw live combat testing despite political opposition. It was not exported, and remained for internal use.

The helicopter saw use into the mid-21st Century, particularly due to its ease of maintenance and low procurement/operation cost, when compared to newer tiltjets. An experimental version with two Combat Walking System-style hardpoints, designated AVH-29M, was conceived but never built.

2x RG-7 Penetration Long Range Anti-Ship Missile. Pierces through ship armor and detonates inside, dealing heavy damage to the ship it hits, but does not splash nearby targets effectively. Based on the Kh-35 or SS-N-25. Range of 1.6 to 200 km (1.0 to 125 miles). Firing at very low altitudes (100 ft) is possible. 56 parts each, excluding pylon.

8x Standard Air-to-Ground Missile. Balanced antimech properties and high manouverability on launch for high-deviance attacks. Modified Inferno slightly, range based on the AGM-114 Hellfire. Range of 100 to 11200 m (0.0625 to 7.0 miles).

1x 30mm Turreted Autocannon. 90 degrees of traverse and +10/-75 degrees of elevation. 600 rounds per minute, destroys an AA Tank in about a second of effective hits. Tracers simulated. Based on the M230 Chain Gun.

2x Combined Countermeasures System. Each unit has 25 chaff and 25 flares.

Power-to-weight ratio reported below is probably wrong, it takes into account the hover mode's engine 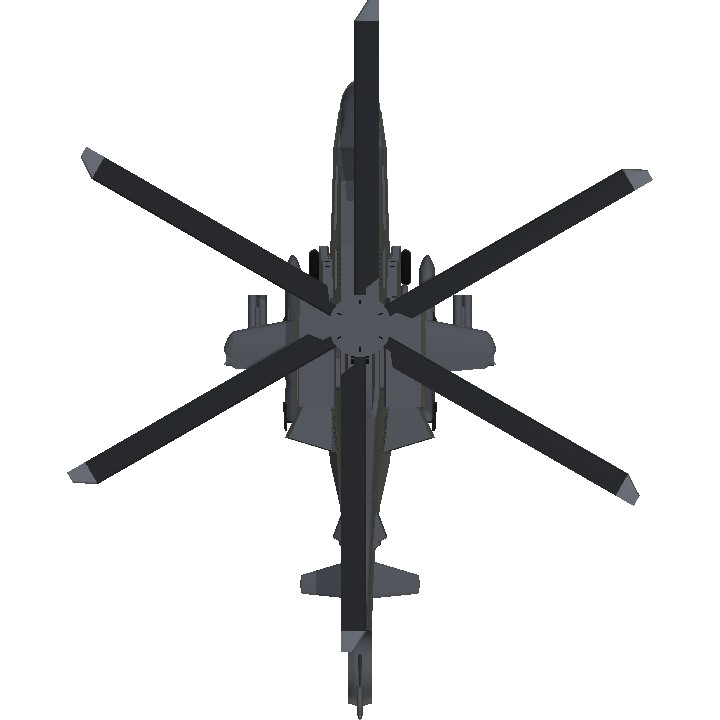 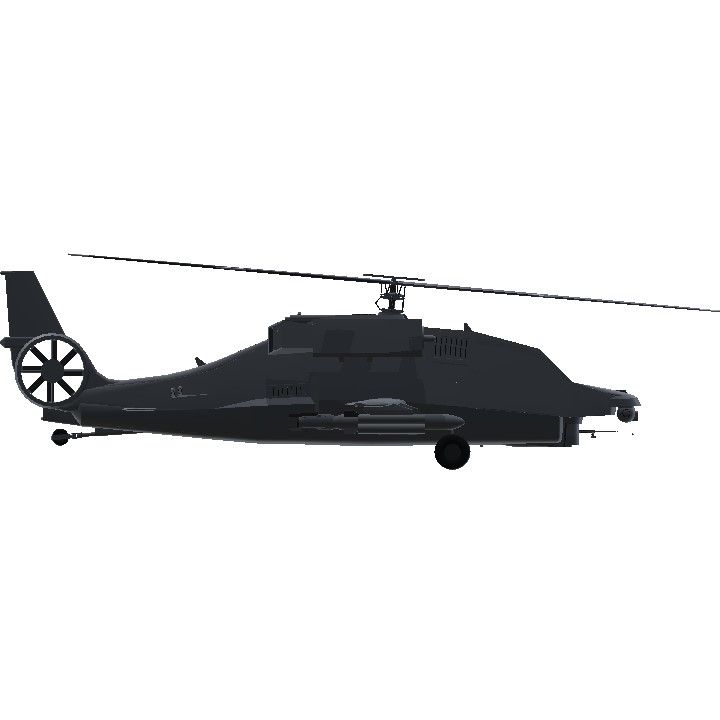 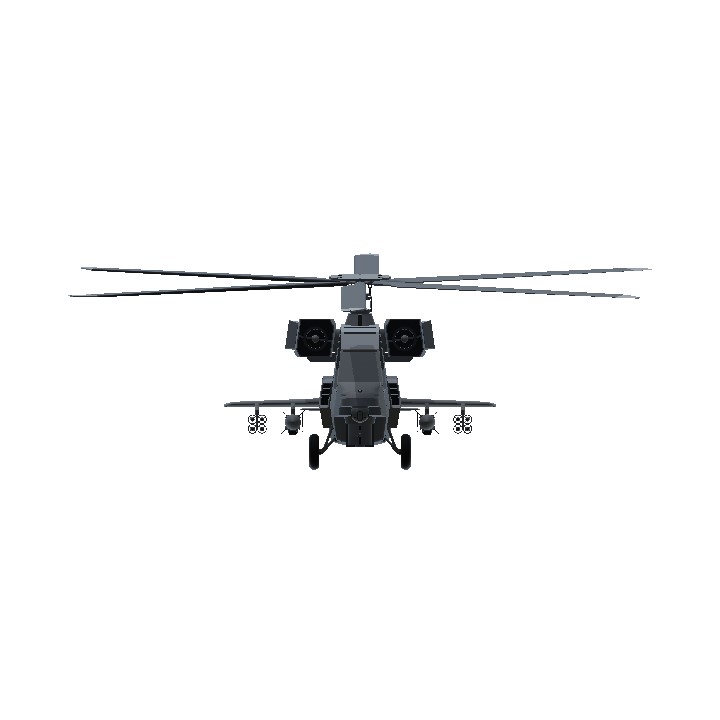