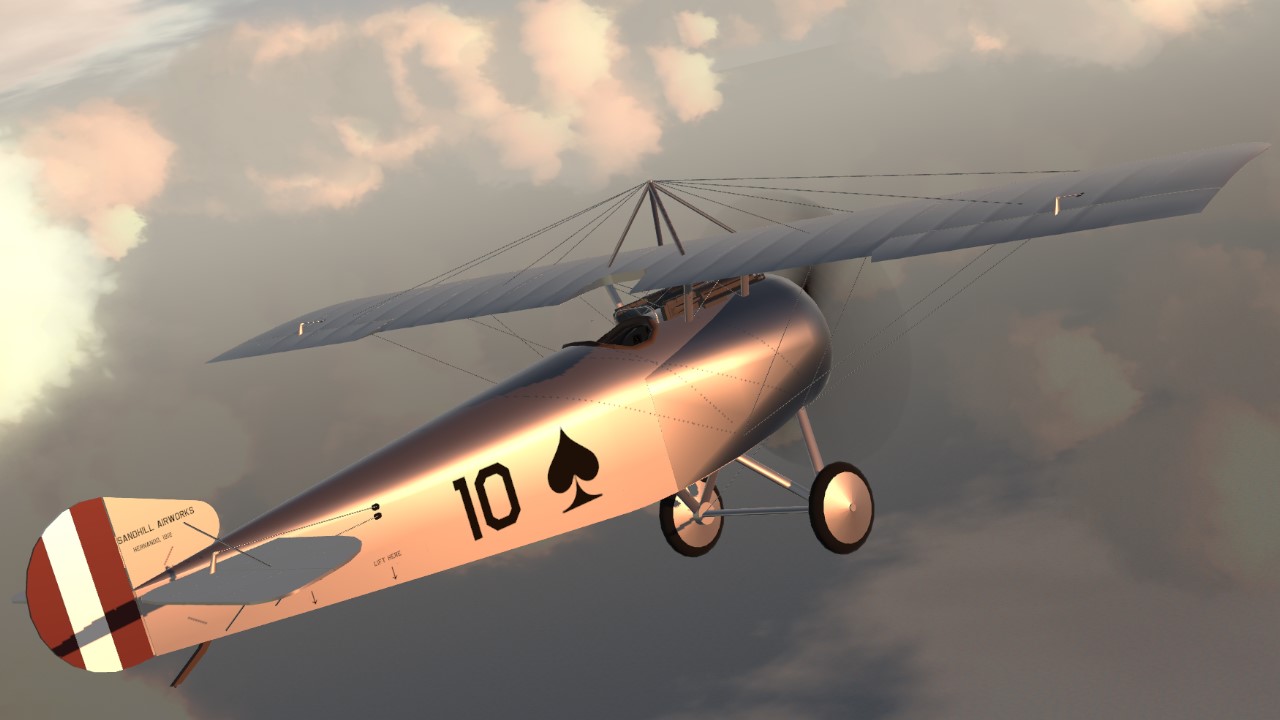 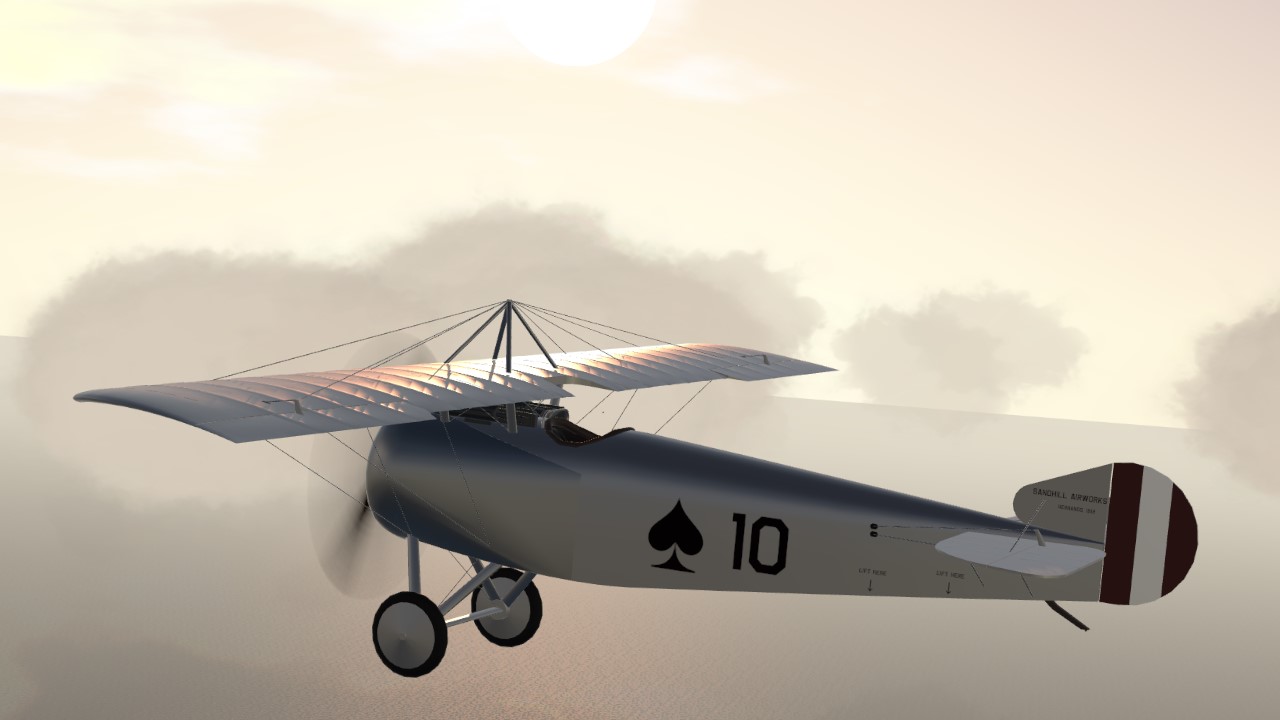 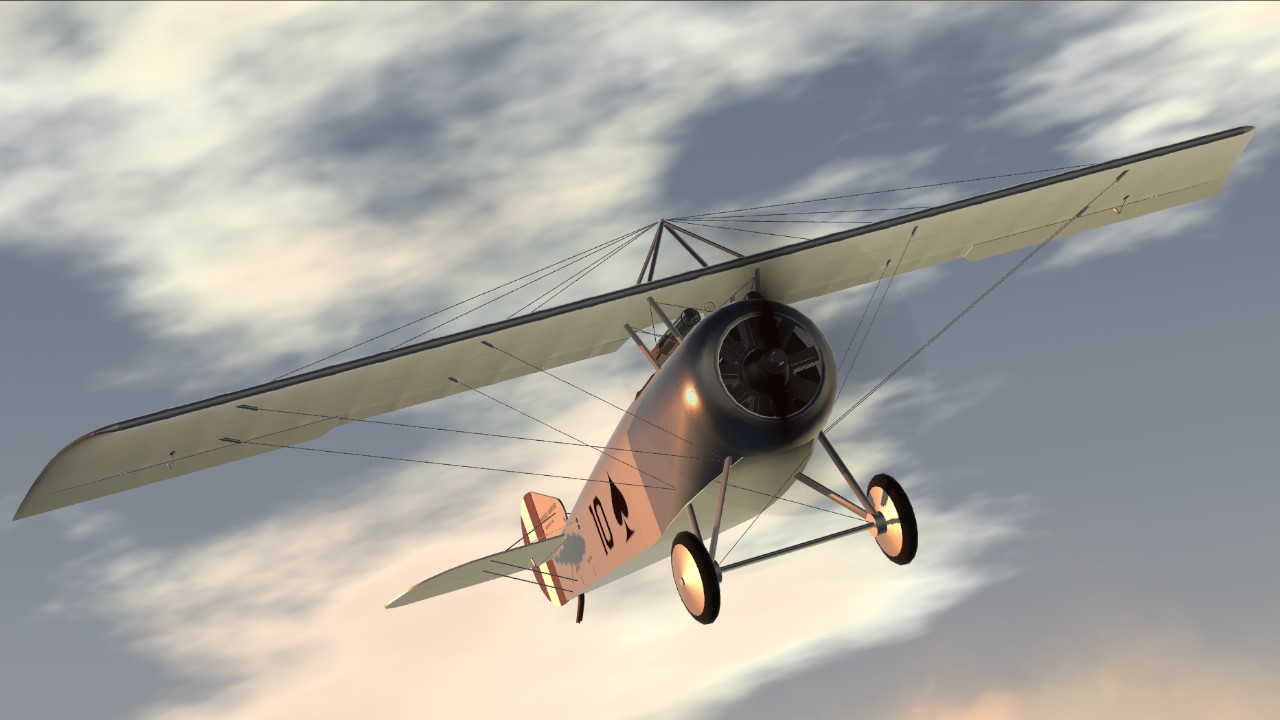 With the new update I thought I would make something a bit more simple just to explore the new features and possibilities... Sooo here is a 800+ part abomination with a realistic flight model and performance ;). The Sandhill V-4 Crane is a WW-1 parasol monoplane fighter equipped with two machine guns. For those of you who like an easy plane to fly, well sorry, but this thing is intended to simulate all of the hardships that come with these types of early fighters. The rotary engine causes all sorts of gyroscopic effects that the pilot must counter, So if you go, "Hurr durr it has autoroll" I will beat you with a chair... Further operational information is listed in the instruction manual below of which is also accessible in-game. I recommend you read it, as there is more to this plane than meets the eye.

Hello and welcome to the Sandhill Airworks V-4 "Crane" POH!

When adding power for takeoff be sure to put in right rudder to counter P-factor & torque.
Be wary of the aircraft's left rolling tendency caused by the gyroscopic effects of the rotary engine.
As this aircraft has no conventional brakes, you must drag the tail skid along the ground upon landing in order to come to a stop.
For taxiing you must add power to get increased effect for turning as this aircraft relies on propwash entirely for its ground directional control.

Good luck out there pilot!

Baconeggs Helped out with the code that synchronized the rotary engine with the prop as well as some other assorted funky tree instances.
asteroidbook345 Made the other plane in the dogfight picture
EternalDonkness For further performance testing.

I would recommend that you run this on a device that can stay above 15fps in-game,
as some testing revealed that under 15fps things get kind of strange with the torque model.

Also do not run on low physics settings when playing on mobile,
that also causes some weird stuff

With all that said, Have fun! 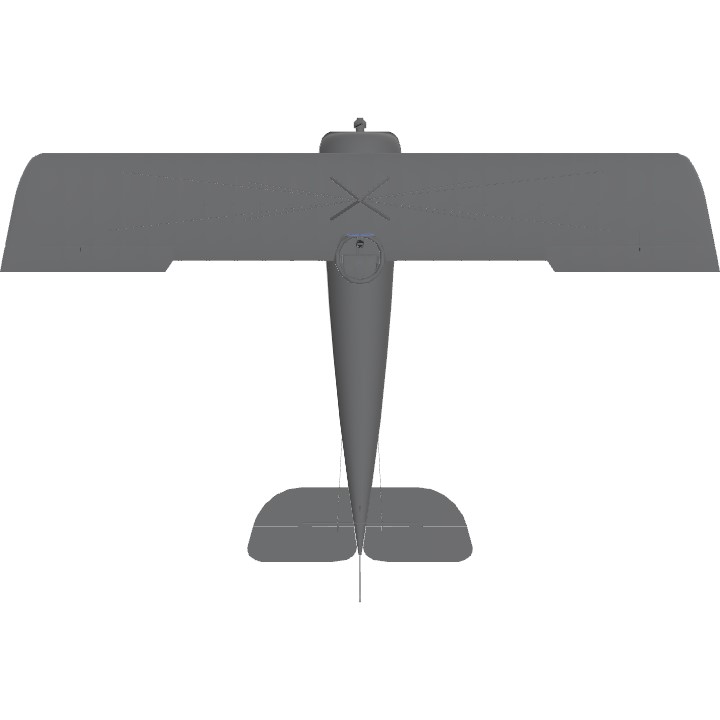 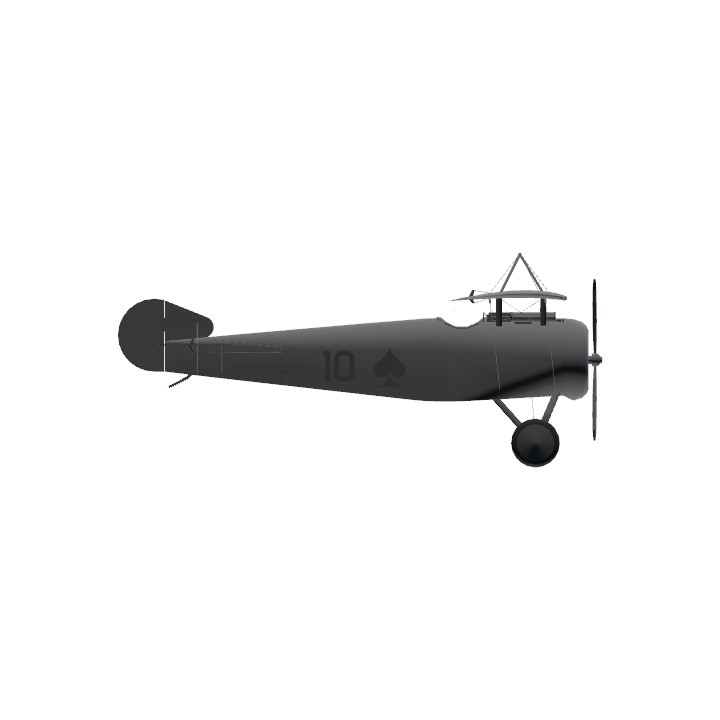 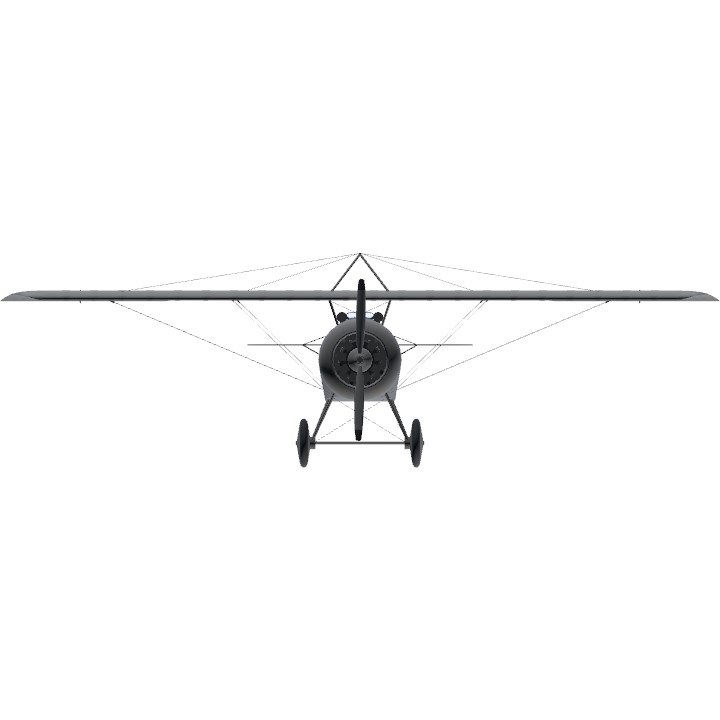