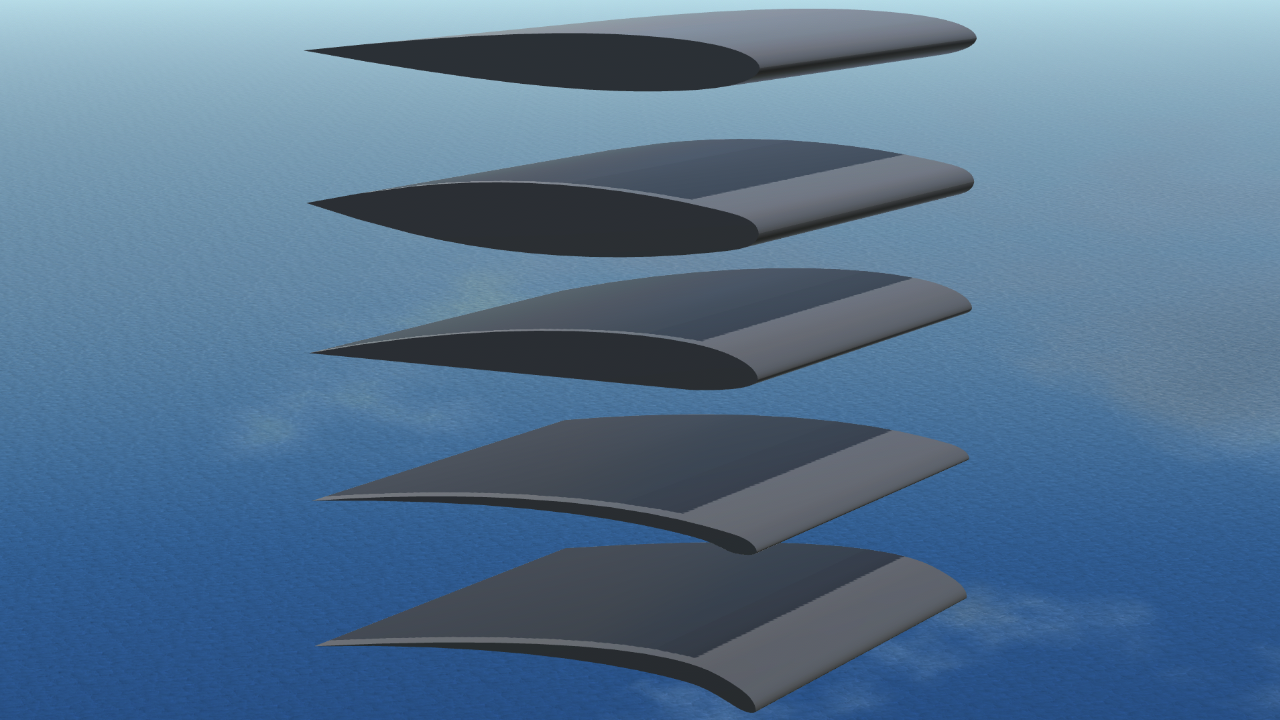 Update 17 August 2019:
I will try to fix colors, but color still differs from game parts color:

Hello!
I present to you my new mod: Variable wing.

This mod allow you create 3d model of wing with airfoil:

LINK TO WING IN TUTORIAL

Usually at the begin of the description i write about part attributes. But now i show you how to create wing that you can better understand meaning of the attributes.
I recommend you to use default airfoil NACA 0012 in this tutorial.

Global vertical offset need for one sided airfoils. You can set correct axis of rotation:

If you like this mod and want support me, see description of my channel