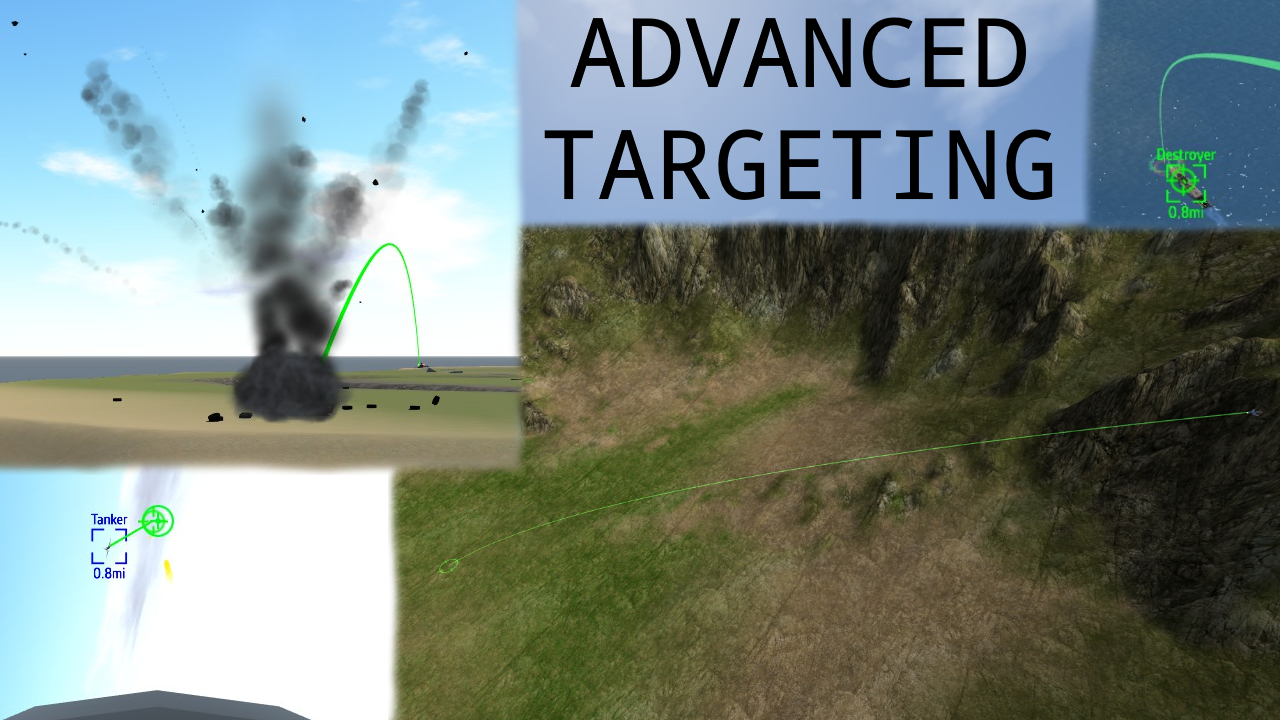 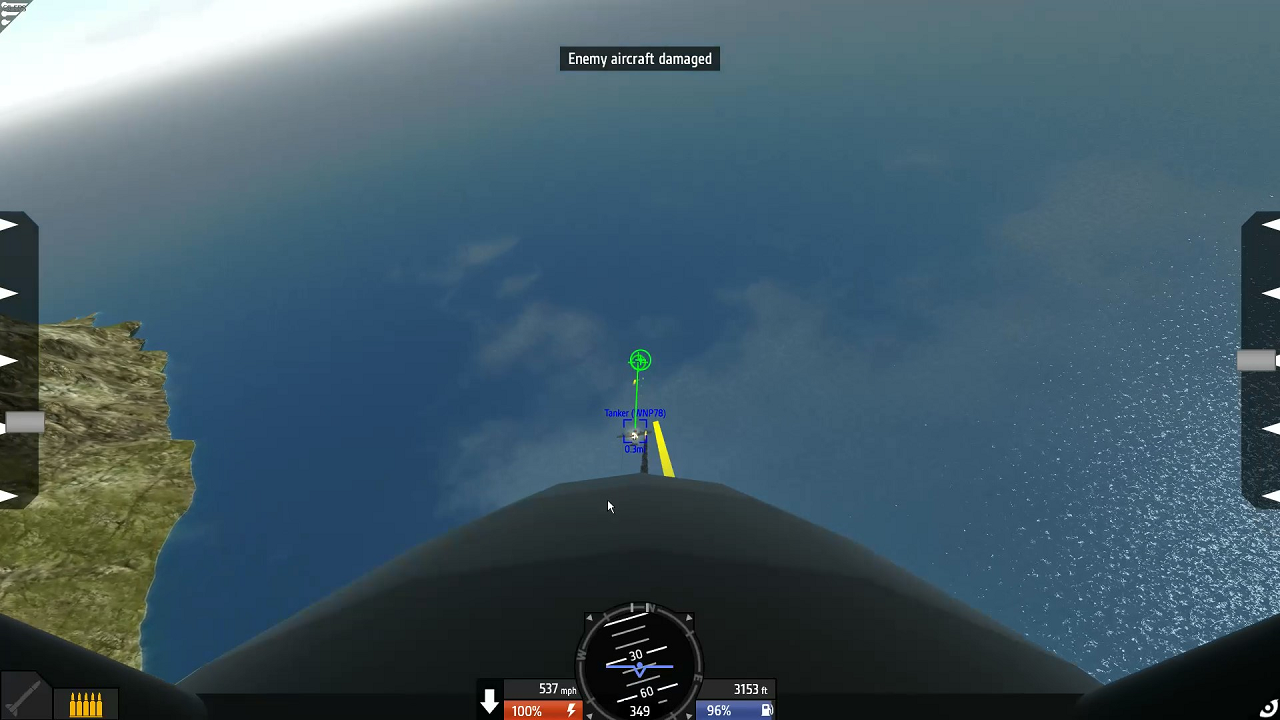 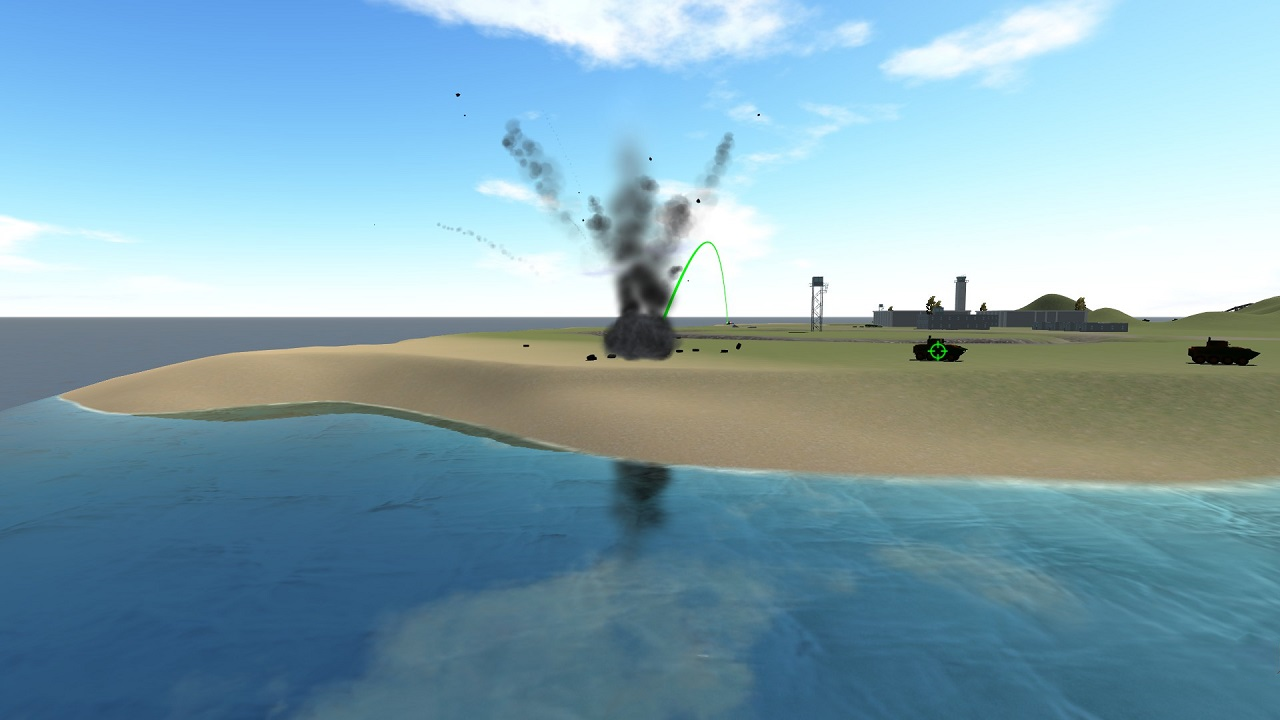 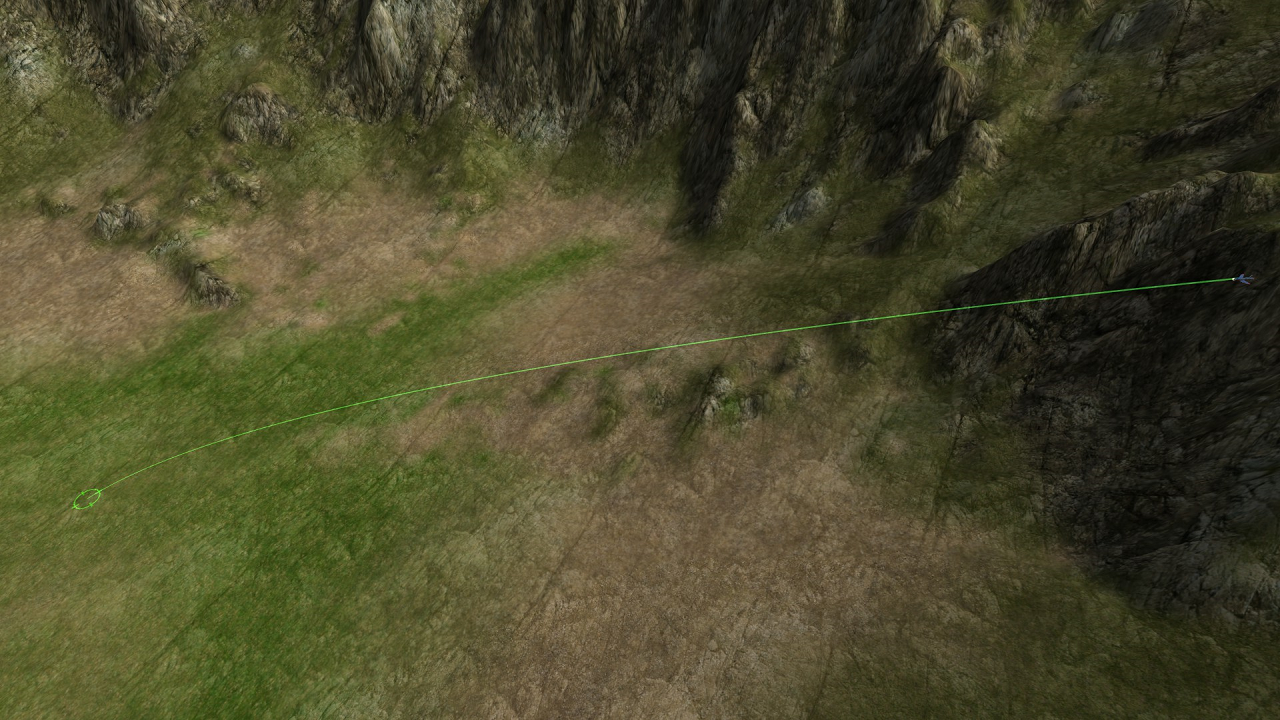 NOTICE
Since the 1.9 update, the functions of this mod have been mostly implemented into the stock game (by me), so this mod is obsolete.
The predictor quality can be changed (or switched off entirely) in the quality settings of the game. If it is switched on, it will provide indicators when bombs, cannons or torpedoes are selected, and also when guns and an air target are selected.

A mod that adds two things:

They both require no configuration and can be used out of the box, but they can also be customised with HellFireKoder's Mod Settings Mod. A summary of the settings is listed here:

Bomb Predictor Enabled: Turn this off if you just want the lead predictor
Bomb Marker Size: The size on the screen of the marker, although it scales when zooming in/out.
Bomb Predictor Accuracy: 1 is totally accurate, as it uses the same time scale as the game's physics engine, anything below (0.5, 0.25...) decreases accuracy but runs faster and anything above 1 is pointless because the prediction would become more accurate than the game's physics engine, making it less useful than 1.
Bomb Predictor Max Simulation Time (s): The time of the simulation in seconds at which it should just stop simulating.

Lead Calculator Enabled: Turn this off if you just want the bomb predictor.
Lead Projectile Velocity: The speed of the bullets to use in calculations. If set to -1, it will be the average (mean) of all guns on the plane. This can be broken, for instance, if there is simulated shell casings (made of scaled down bullets), which would affect the average.
Lead Accuracy: The number of passes the algorithm should make. 10 should be enough for normal use. Unless you're ultra-plane-sniping...
Lead Turret Mode: This should normally be off, as long as your guns are facing forwards. If, say, you're firing from a moving turret, this would need to be on for it to be accurate.