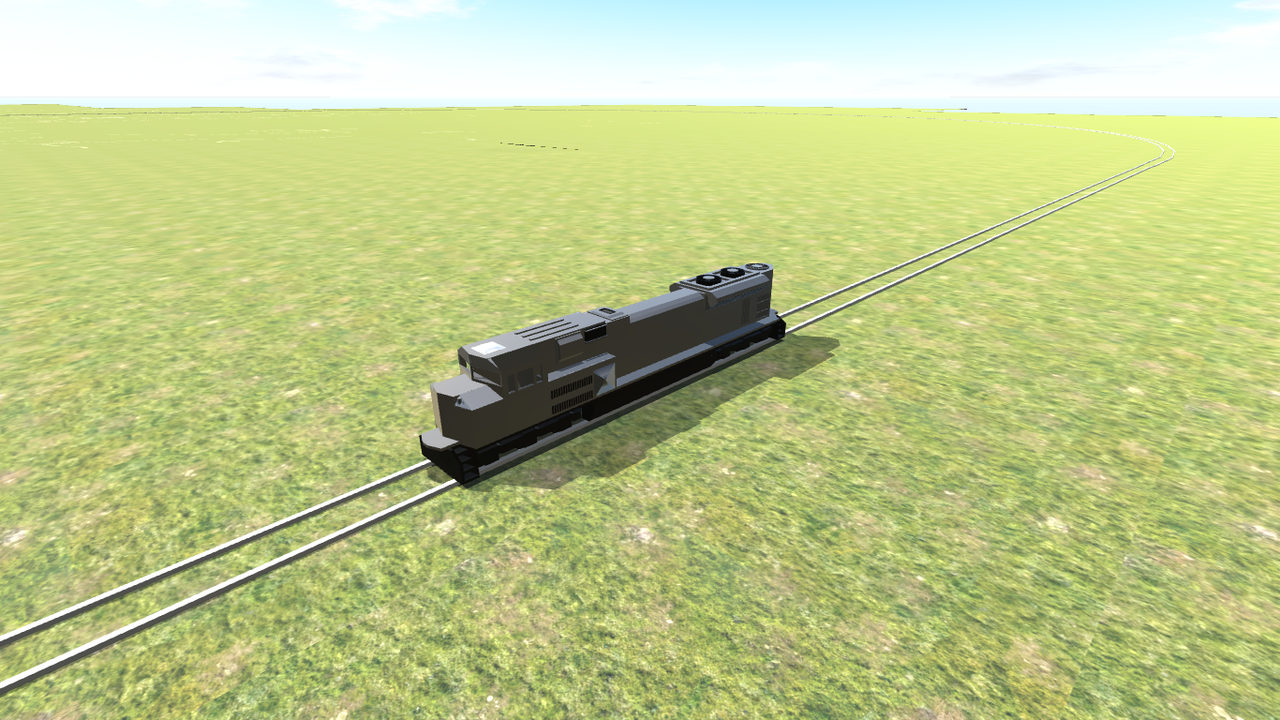 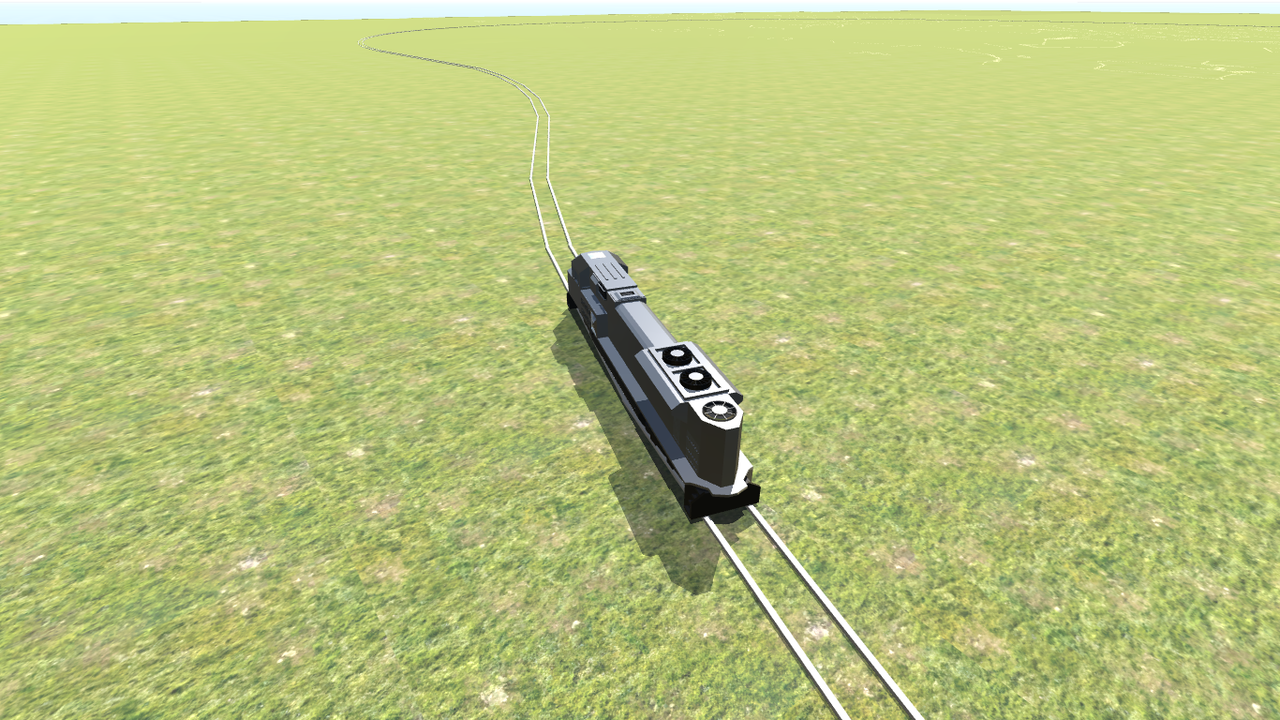 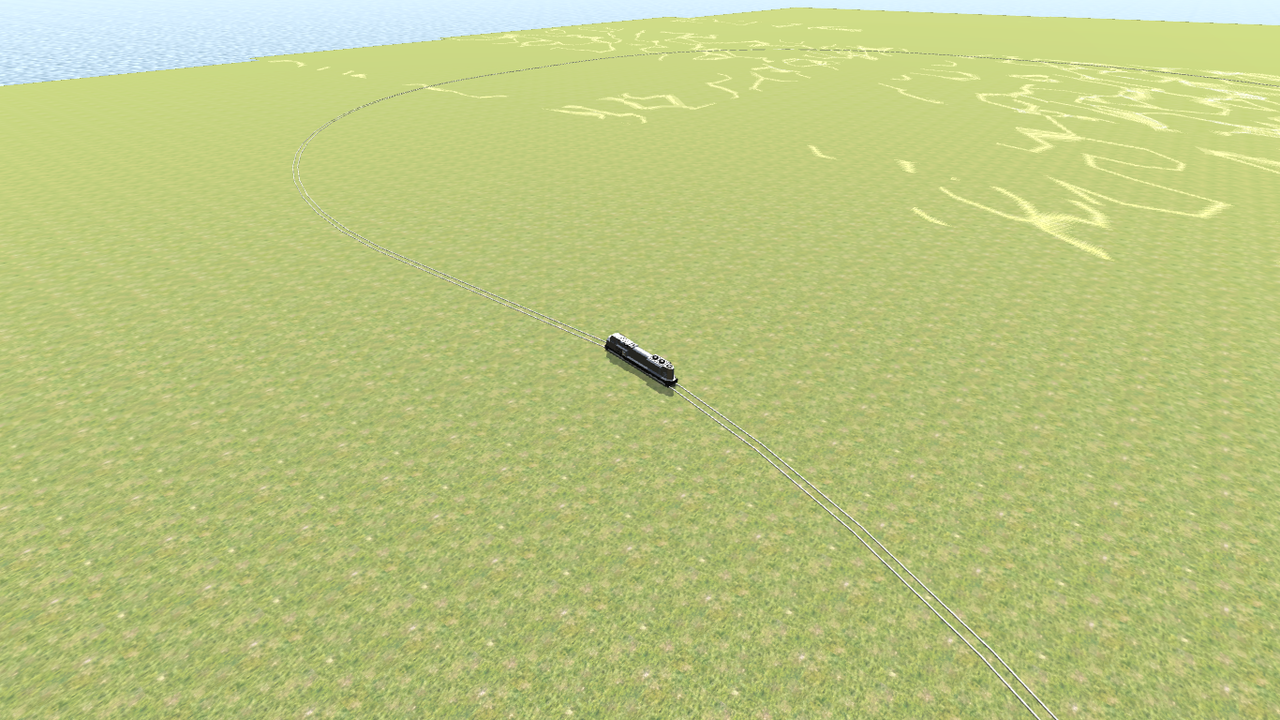 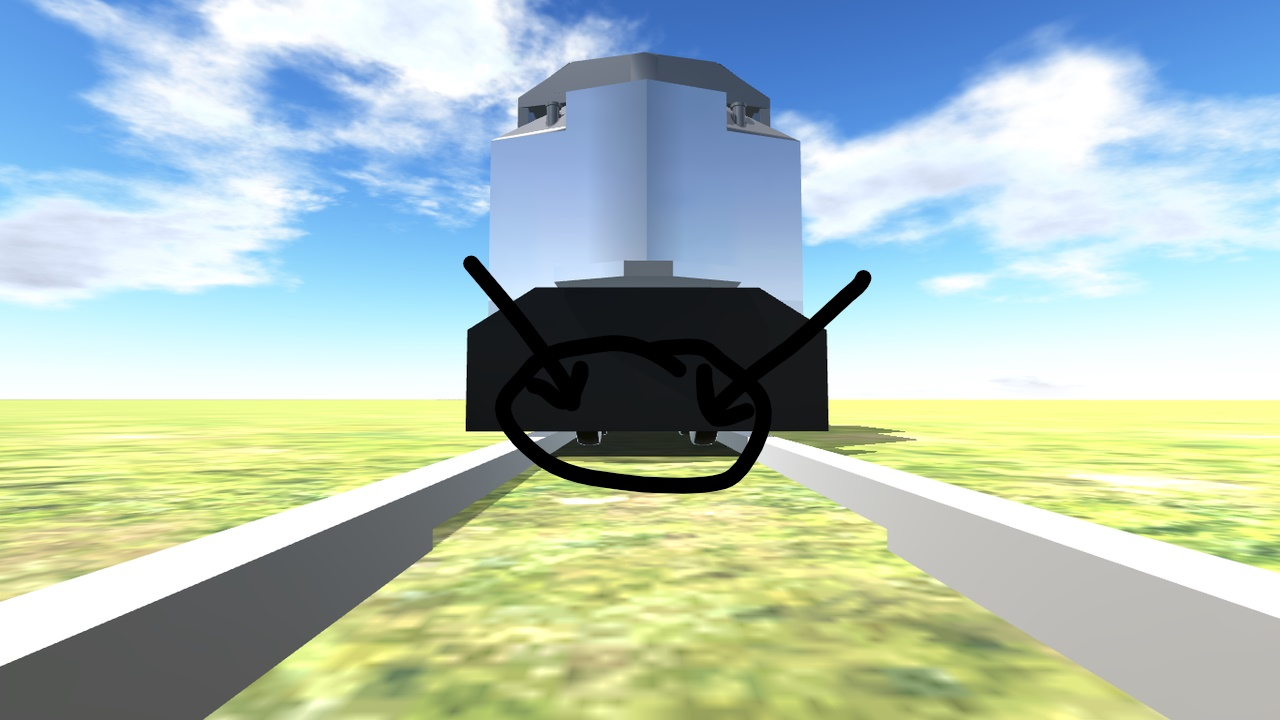 The track gauge is about American Standard and then some (for those wider locomotives), it is recommended to use a 1:1 scale train with this mod AND that there is plenty of clearance between the top of the rails and the locomotive (will be fixed in later updates). Try to stay under 40mph while going around the curves. It is also recommended that the locomotive you're using is realistically weighted (e.i. The locomotive in the pics is an SD70ACe which is 408,000lbs in real life and in game). You're also gonna want some weight on the bogies and all of the wheels are going to need 150% sideways traction.