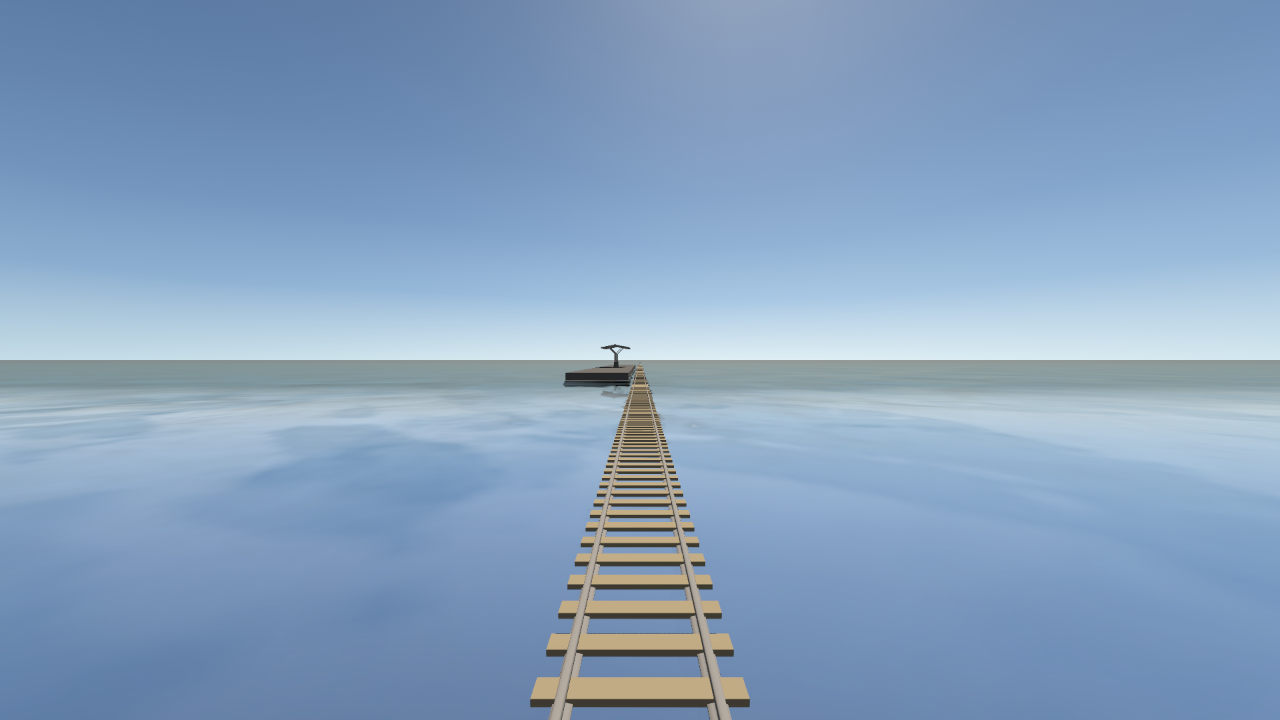 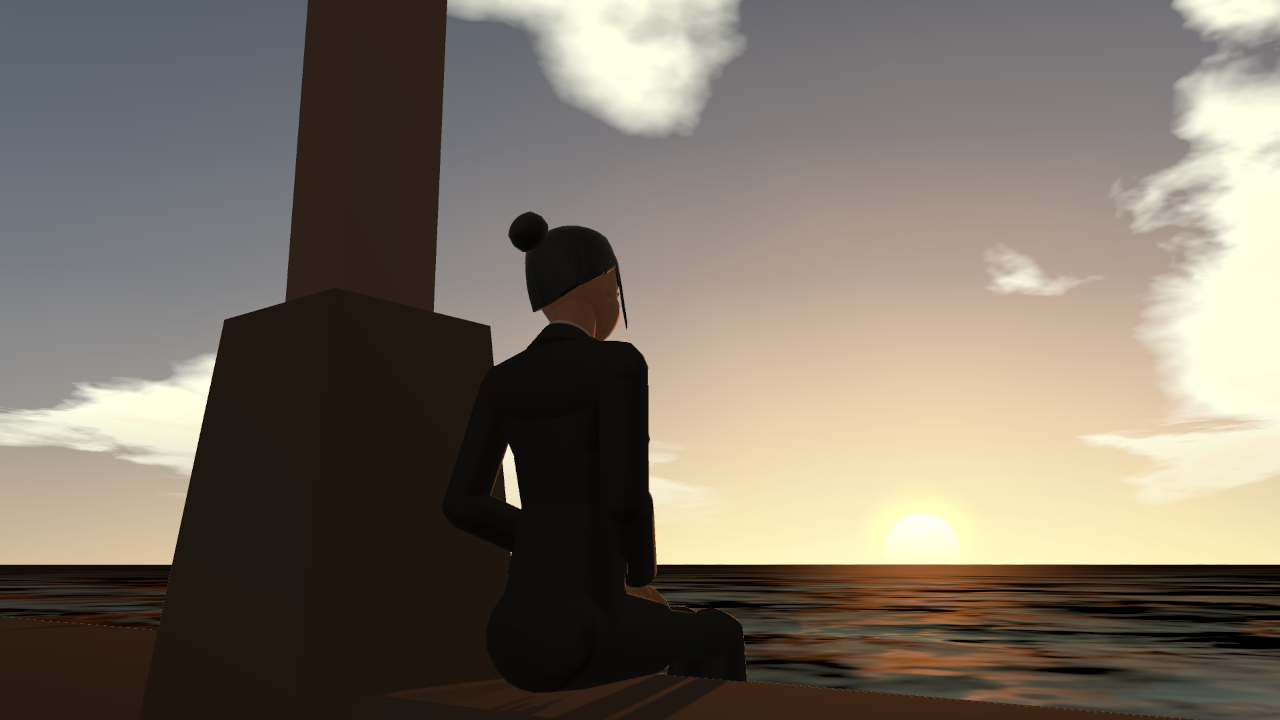 Flooded Rail is a mod with a single train track and a platform. It is a mysterious environment that you can take screenshots on. Console commands can be used to customize many aspects of the map.

Rail profile built in SP, with reference to this image.
Aircraft | OBJ

SetBrightPlaneDepth (float depth)
The Bright Plane is placed under (or at the same level of) the water to change the appearance of the map. A lower depth makes the color and reflection of the Bright Plane more prominent, but also causes more "foam" to appear on the water surface, which can become very bright at night. Set the depth of the Bright Plane as required by environmental conditions.
depth: Depth in meters. A negative depth moves the Bright Plane above sea level. (Default 0.1)

SetBrightPlaneColor (float r, float g, float b)
Set the color of the Bright Plane, using RGB components from 0 to 1 each. (Default 1 1 1)

SetRailHeading (float heading)
Set the direction that the rails face in.
heading: Direction in degrees. (Default 0)

TranslatePlatform (float x, float y, float z)
Move the platform.
x: Translate sideways. This can be used to change the gap between the train and platform.
y: Translate vertically. This changes the platform height.
z: Translate forwards or backwards.