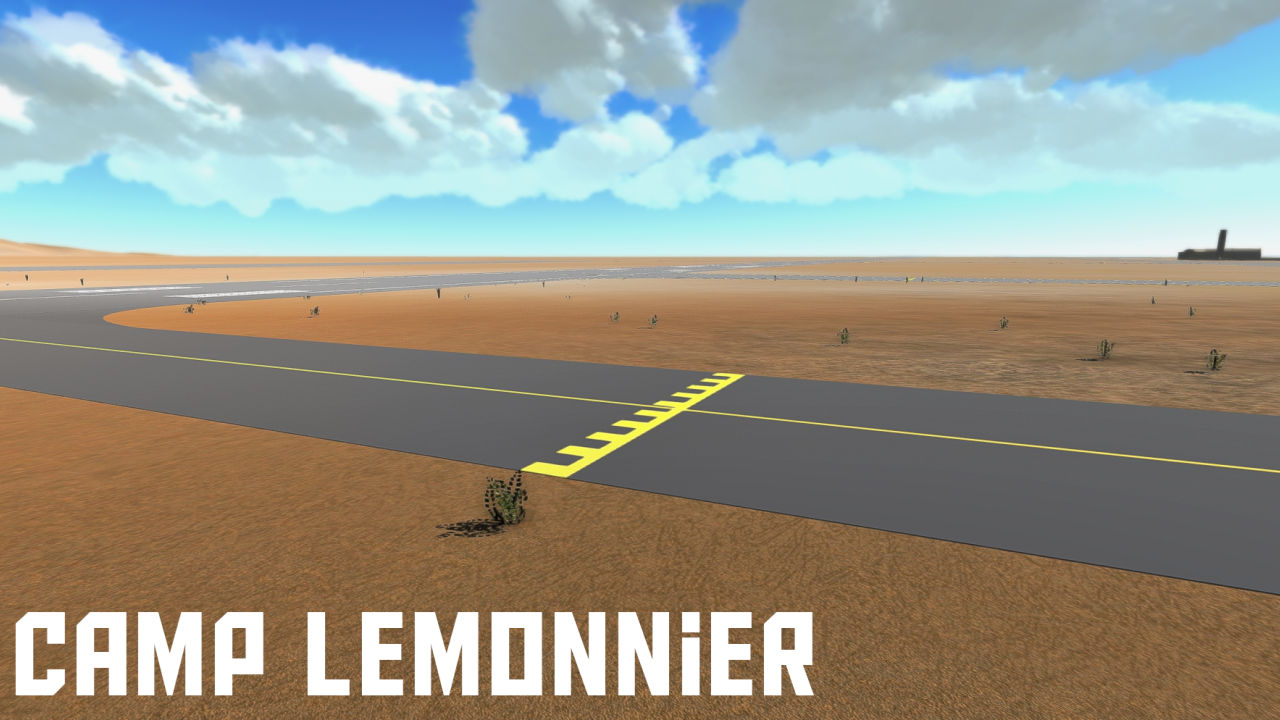 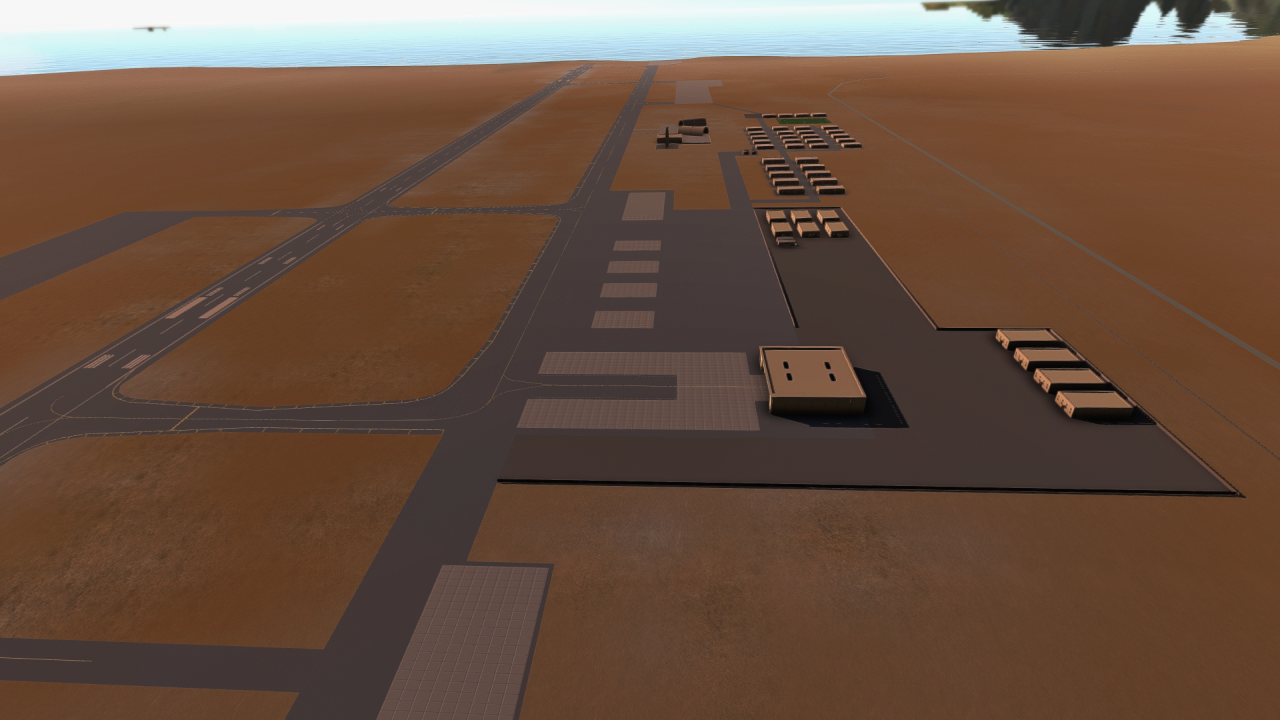 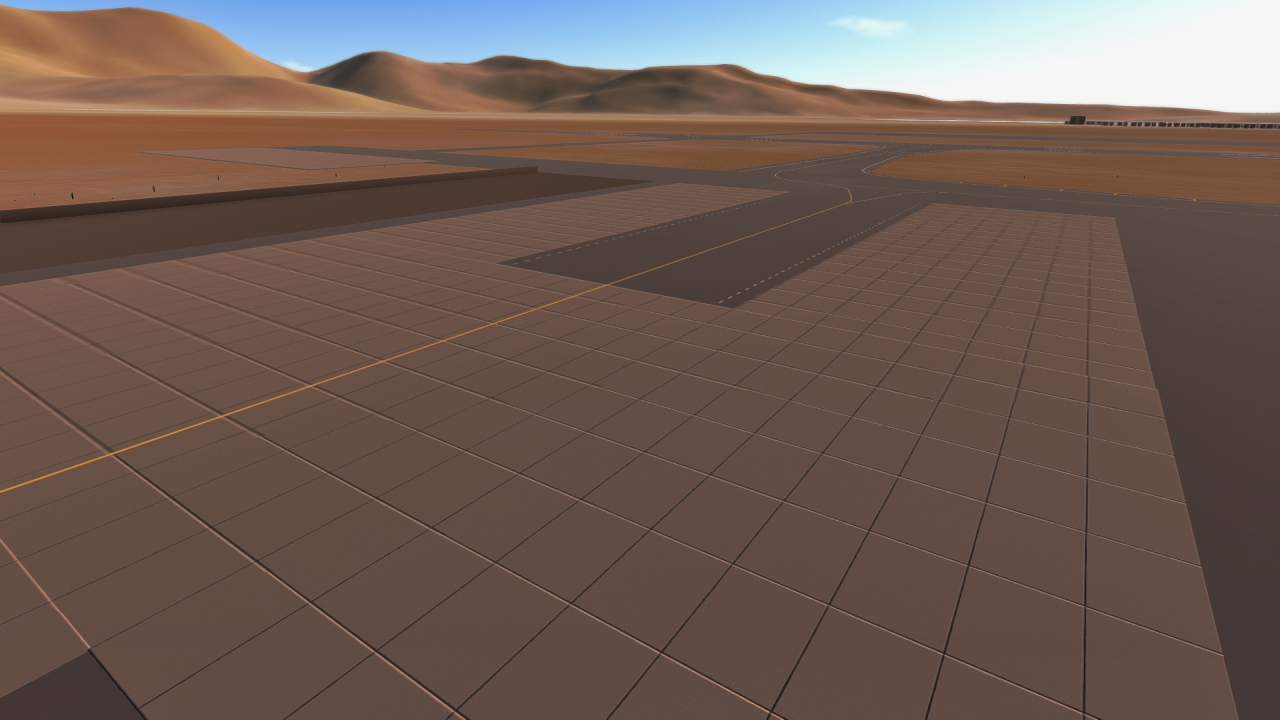 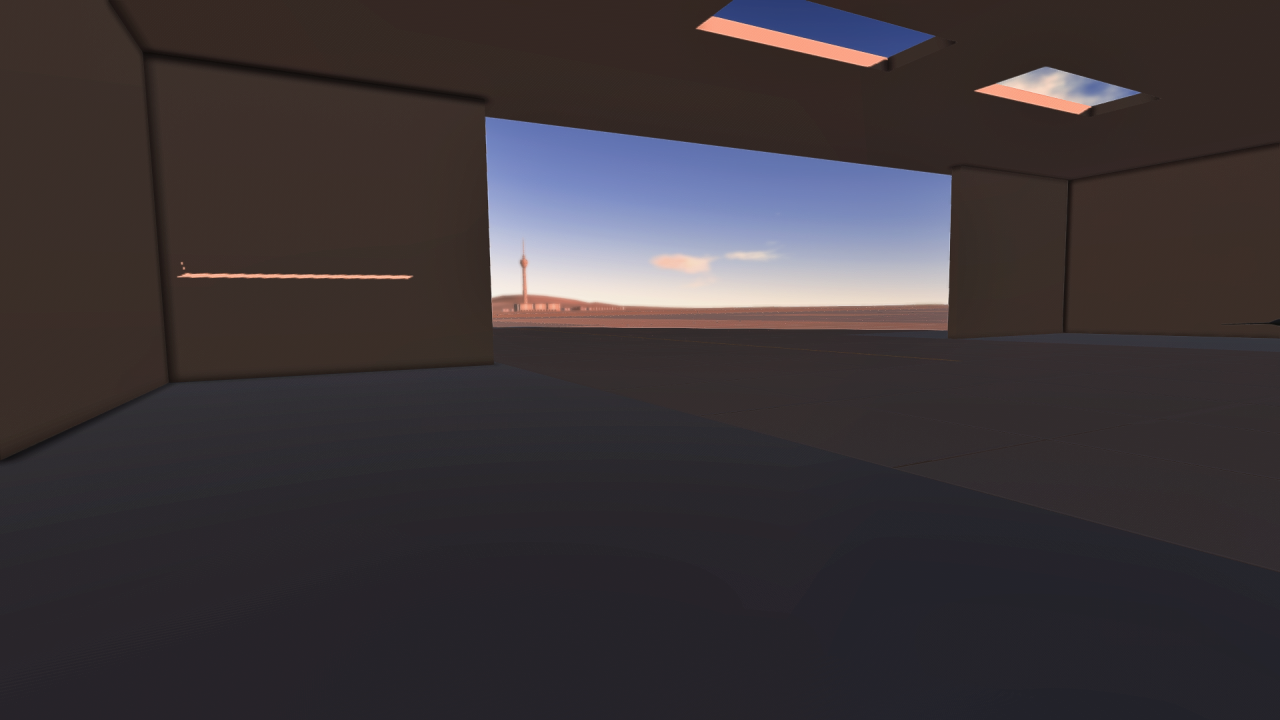 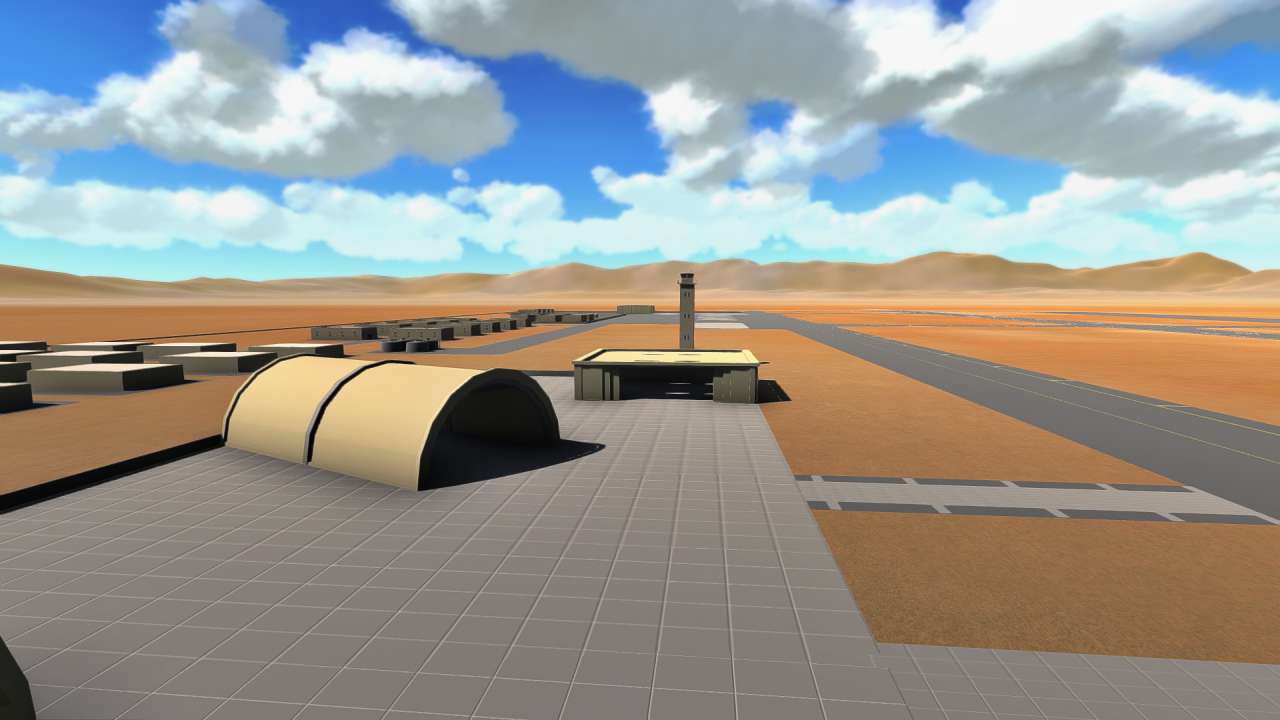 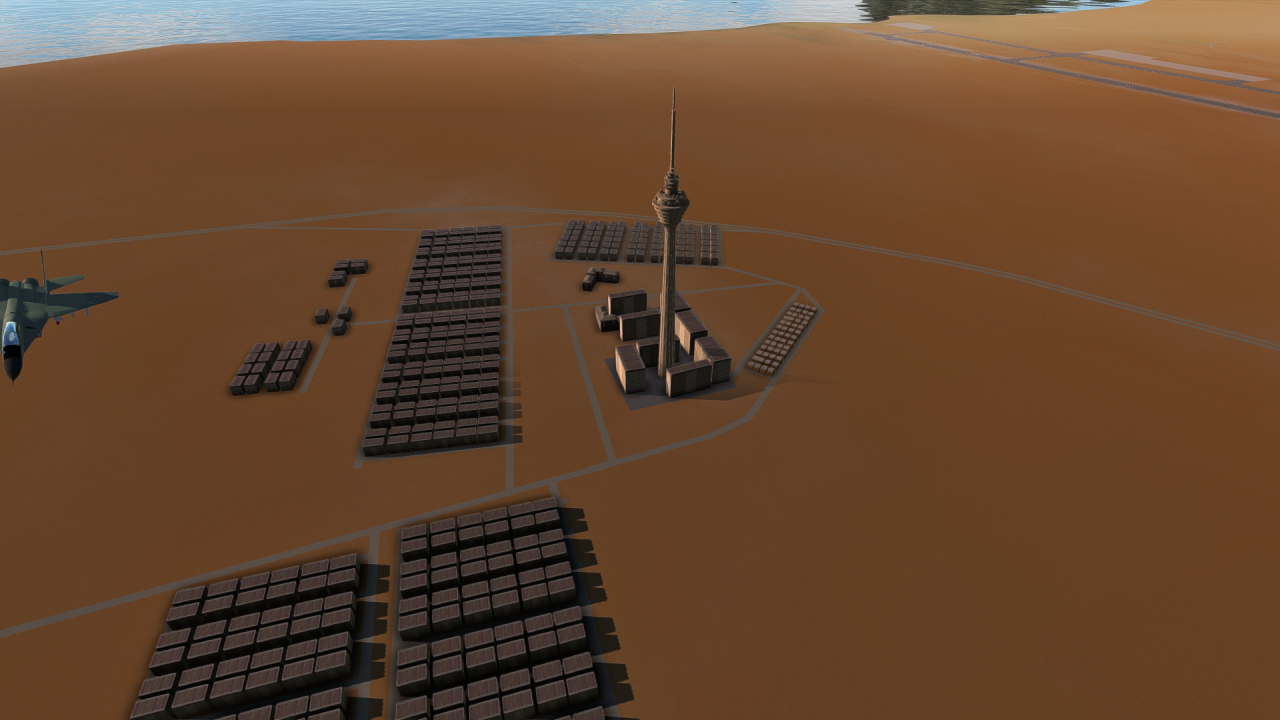 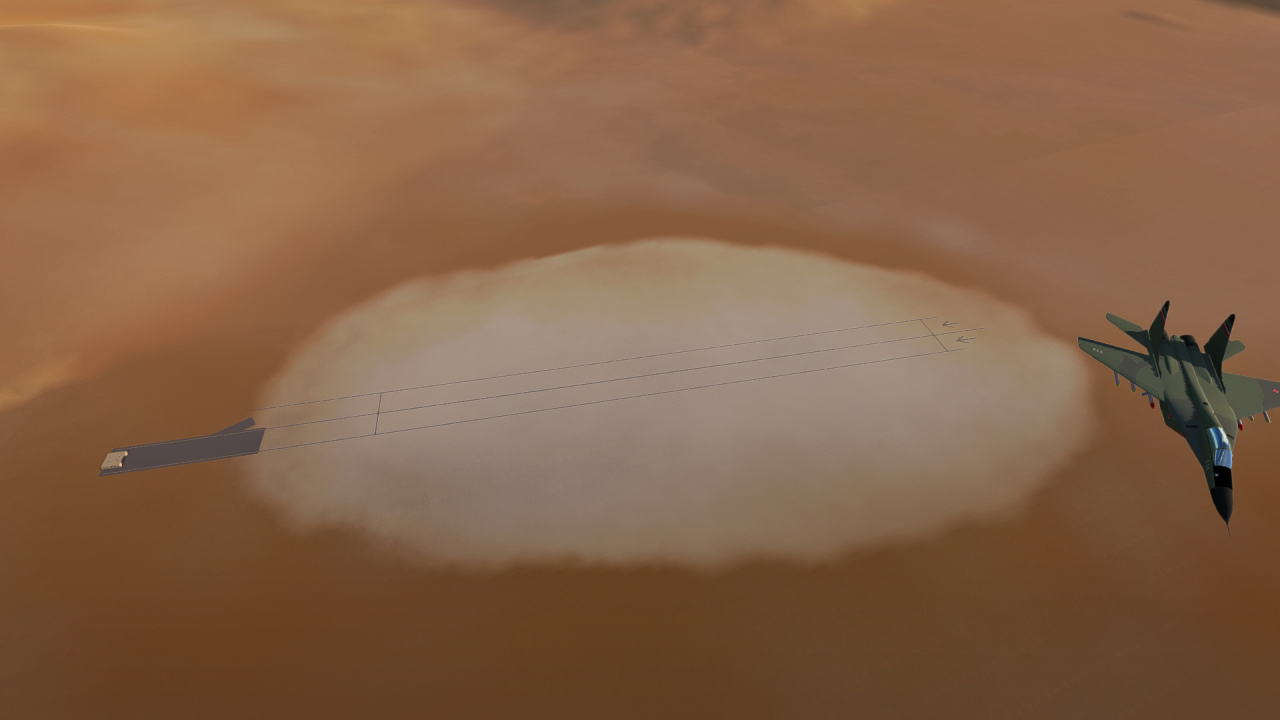 By semi-popular demand, I've decided to upload this mod. It's not anything special, just a plain desert map with a decently detailed airport as its main selling point.

Camp Lemonnier is a joint civilian/military-use airport situated in East Africa.
The runway itself is about 3km long and suitable for most airplanes. The hangars however are rather small, but should fit a medium sized private jet easily.

There is also a city a few kilometers away from the airport, along with a dry lake runway a bit further away.

The mod should run pretty well, considering the whole area is a plain old desert with an airport and a city on it. The city might seem a bit GPU-intensive, but it isn't as bad as you'd think.

With that out of the way, I hope you enjoy this small mod, I've got a larger one coming within a month or so.

for legal reason: the hangar buildings are taken from simpleplanes's asset pack, and the large city tower can be found here