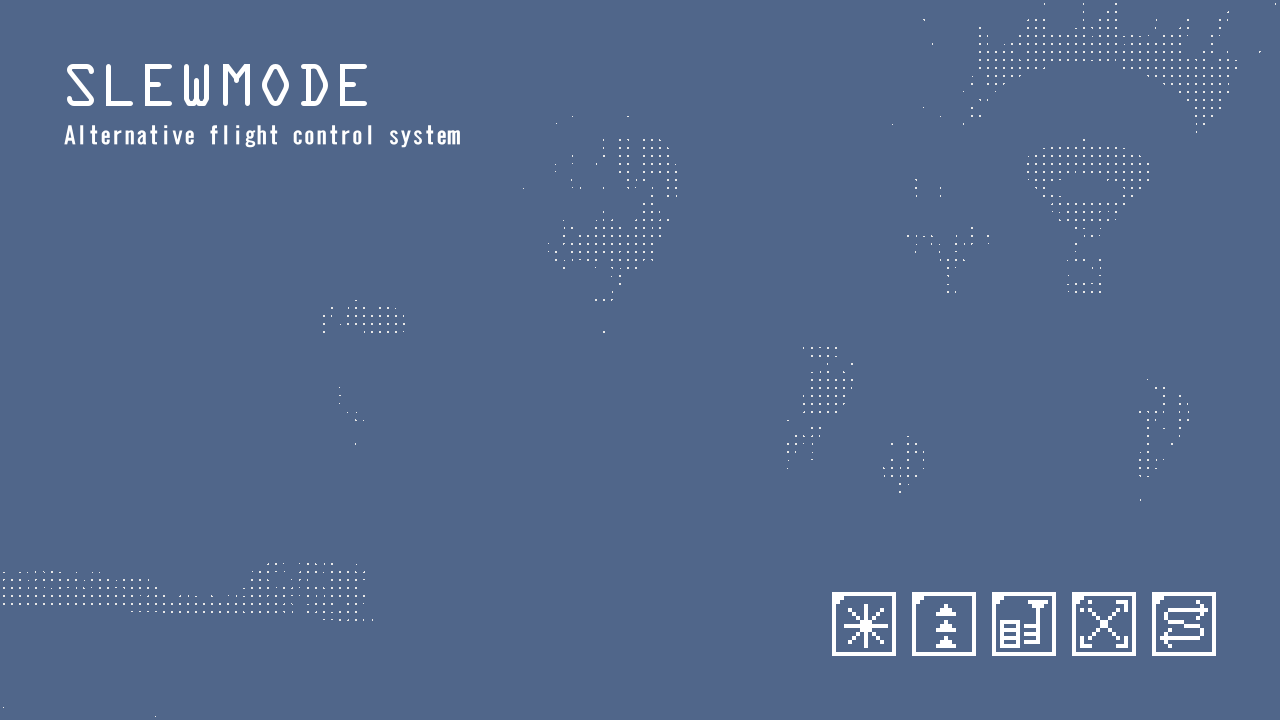 SlewMode is a test for simple movement controls that can be run, while preserving the RigidBody dependencies in the base game. The parts are aircraft-safe, designed to only affect the aircraft that they are attached to.

Antigravity Block
If Input Controller is activated, removes gravity for all parts.

Collisions Controller
If Input Controller is activated, removes collisions for all parts.

Input Channel
Controls the X, Y, or Z component of a 3D vector. The value is set for Position or Rotation Controllers on the same channel.

Pigpen-SM
An aircraft that flies solely with SlewMode parts. With the Velocity control modes and purpose-written Funky Trees, it faithfully captures the flight style of Ace Combat and Project Wingman. Engine thrust, wing physics, and drag have all been removed. Bind the Throttle to an axis or button, instead of using the increase/ decrease controls, for a more authentic experience.