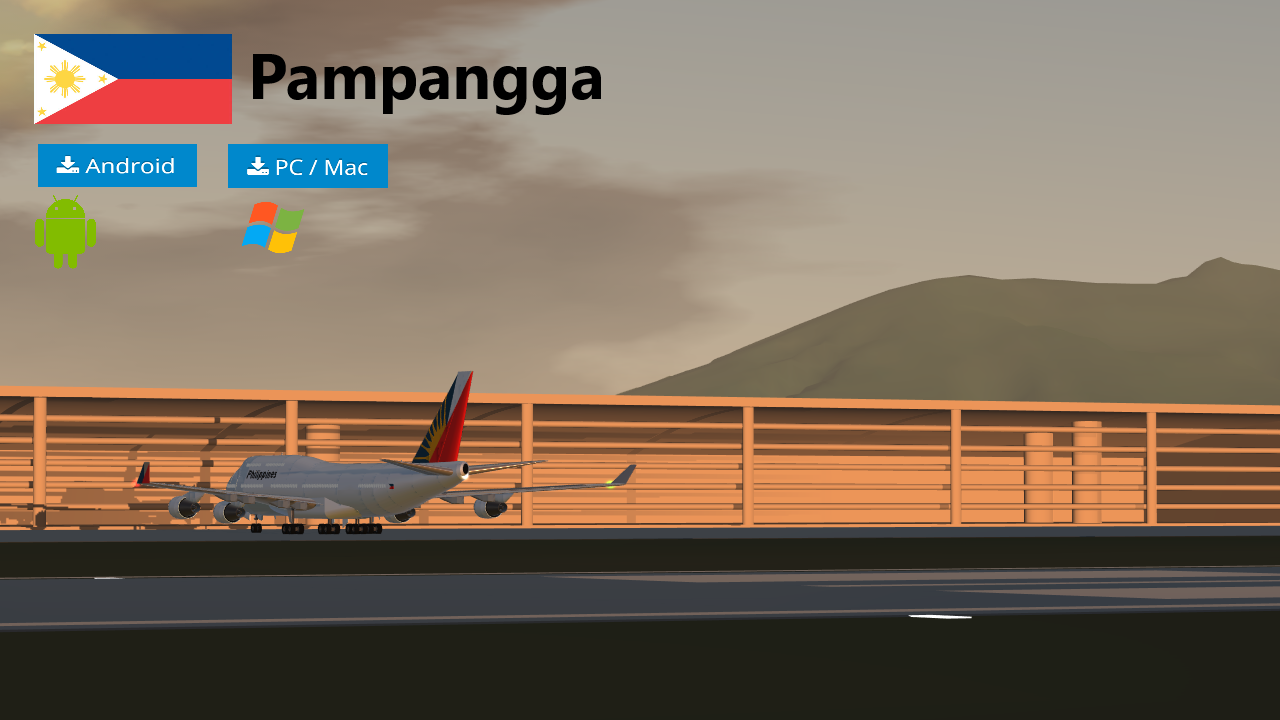 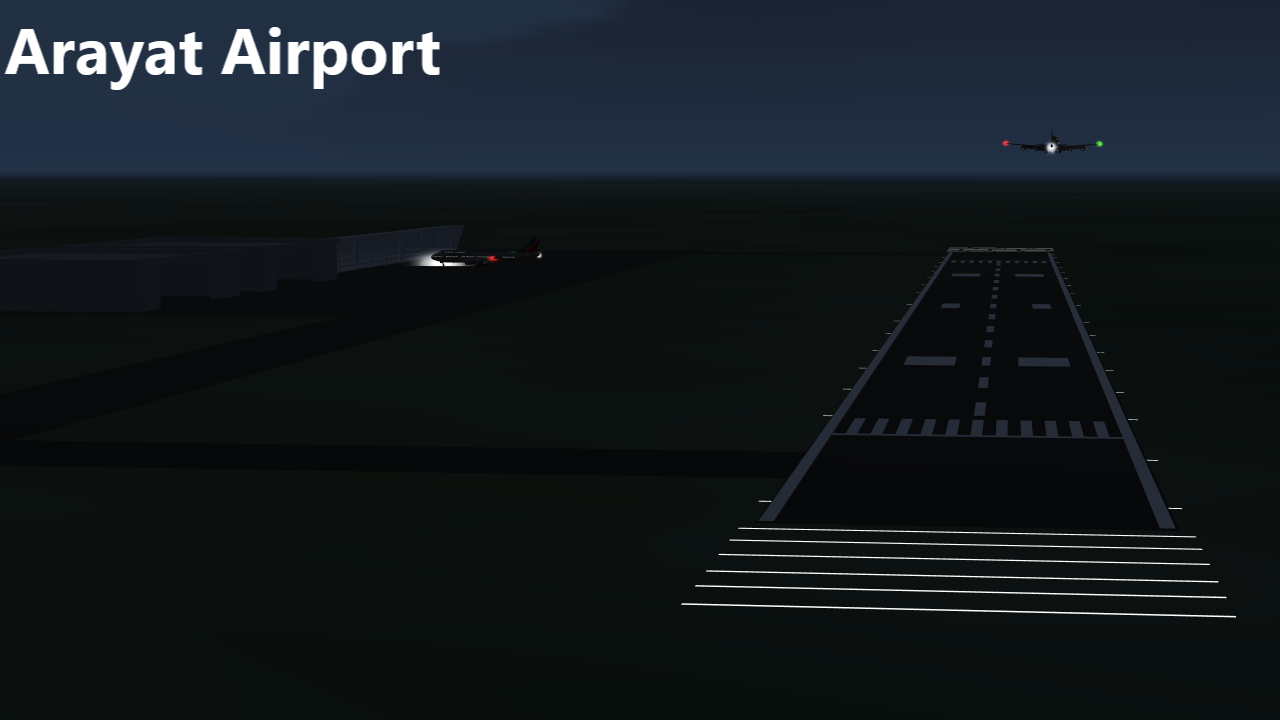 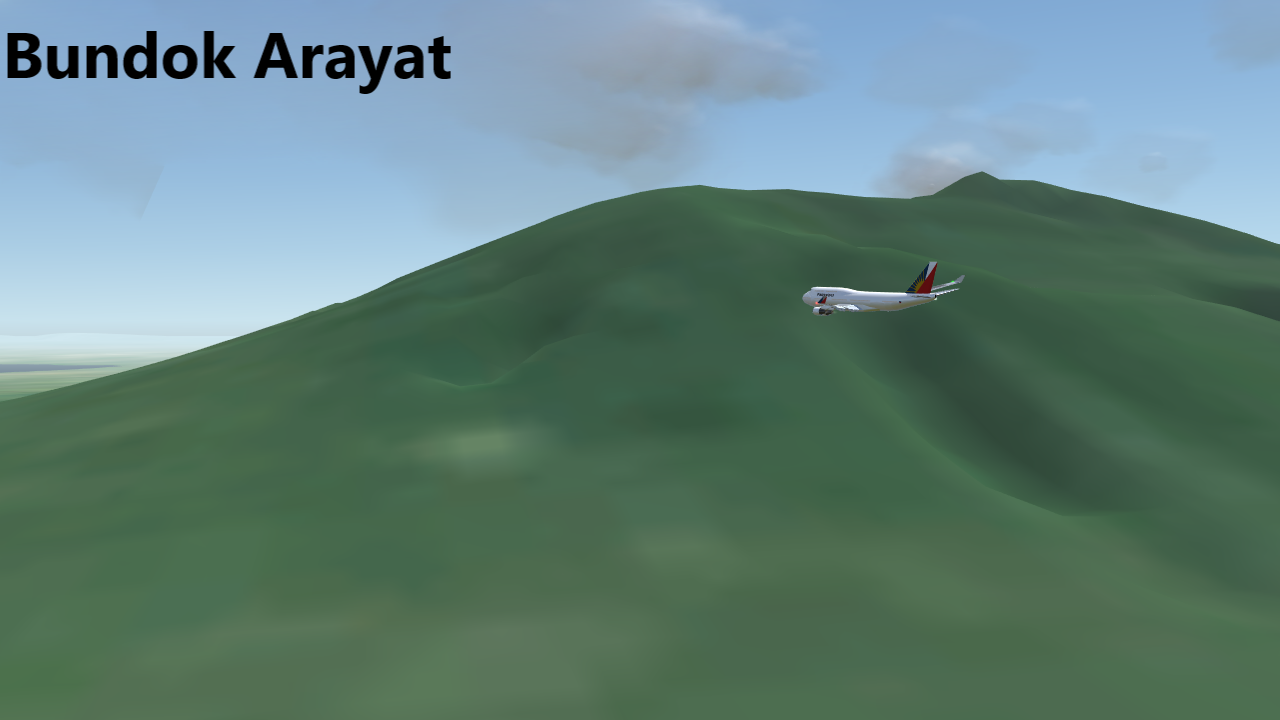 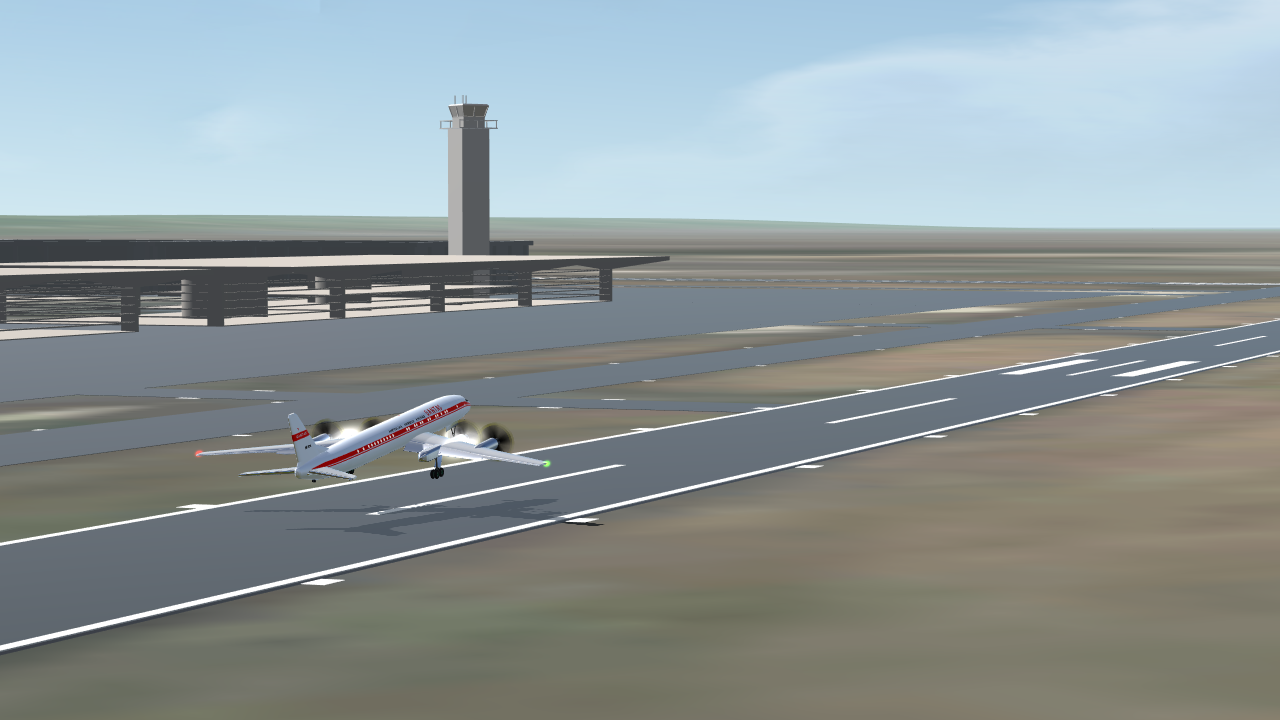 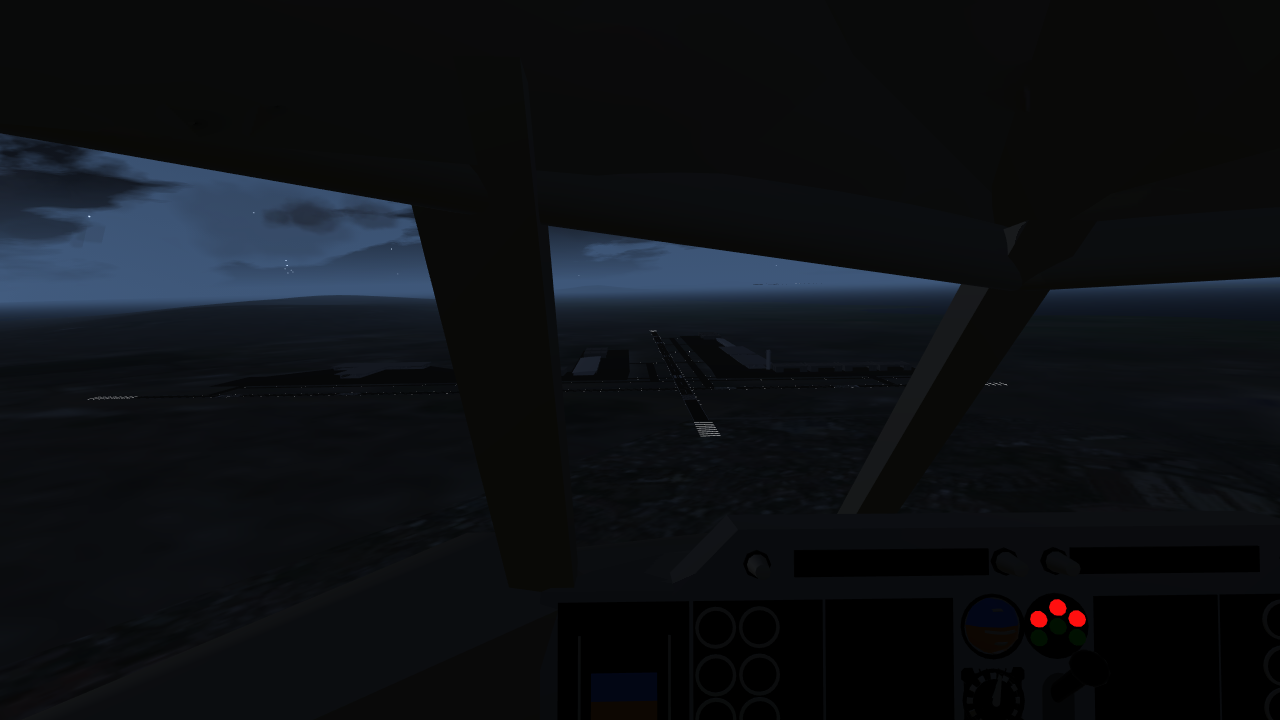 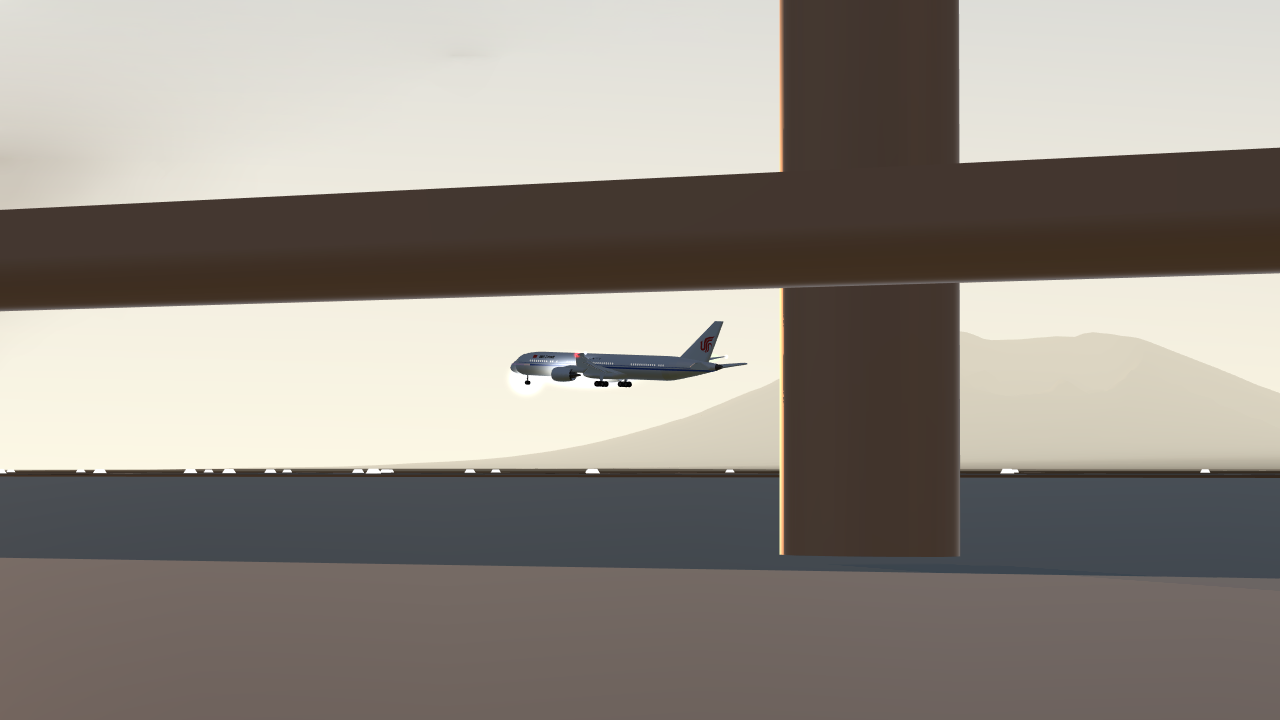 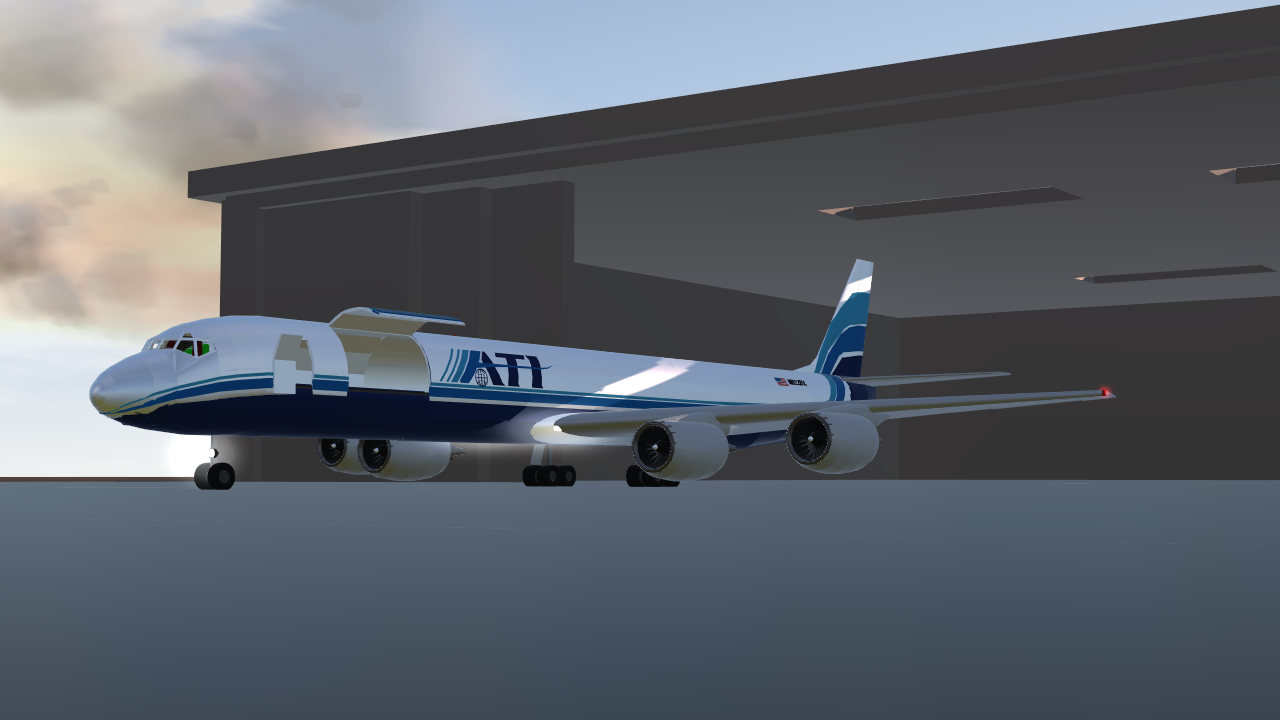 Pampangga is one of our first map with irregular texturing, basically it features satellite imagery. Pampangga is based from its namesake; the Pampanga Province in Central Luzon, featuring one of the iconic mountains in Pampanga; Bundok Arayat, placed center of the map. This map features three Airports and a port; Clark Intl. Airport, Arayat Airport, Manila Intl. Airport, and Manila Bay port.

Arayat Airport is a local airport situated near Búndok Arayat, a quite small airport, only having a runway, two hangars, and a terminal. Though it features an illuminated runway for easy landing at night. Its primary purpose is to service tourist aircraft to Bundok Arayat, and regional jets heading to and from Clark and Manila Intl. Airport.

Clark Intl. Airport is a decently sized airport based from the actual Clark Airport in Lungsod Angeles, in Pampanga. Clark Intl. Airport has four hangars, a terminal, and two illuminated runways. Its main purpose in real life is to service both local and international flights coming to and from Philippines. And to an extent, a detour airport heading to Manila Intl. Airport (now named NAIA)

Manila Intl. Airport (now known as NAIA) is one of Philippine's International airports, and the Largest airport in the Philippines, servicing Lungsod Manila Metro and surrounding cities. Manila Intl. Airport has three large terminals and a regional terminal, illuminated taxiways, illuminated runways, and several hangars. The Airport is very large and can service largest of the largest of aircraft.

Manila is the capital city of Philippines, and part of the NCR which is made up of more cities, but due to a dispute as how to erect the buildings and the style to pursue, we both decided to leave the buildings flat instead.

This would be our second collaboration and this time the map is much larger, and yet at the same time, use less resources. Very happy for how the terrain is executed, so much more realistic than the uniform green we both used last time and Jelybaca have implemented for the past two mods. Although because of lack of competence, and communication, the satellite imagery is underwhelming. We do hope we could do a better job next time.