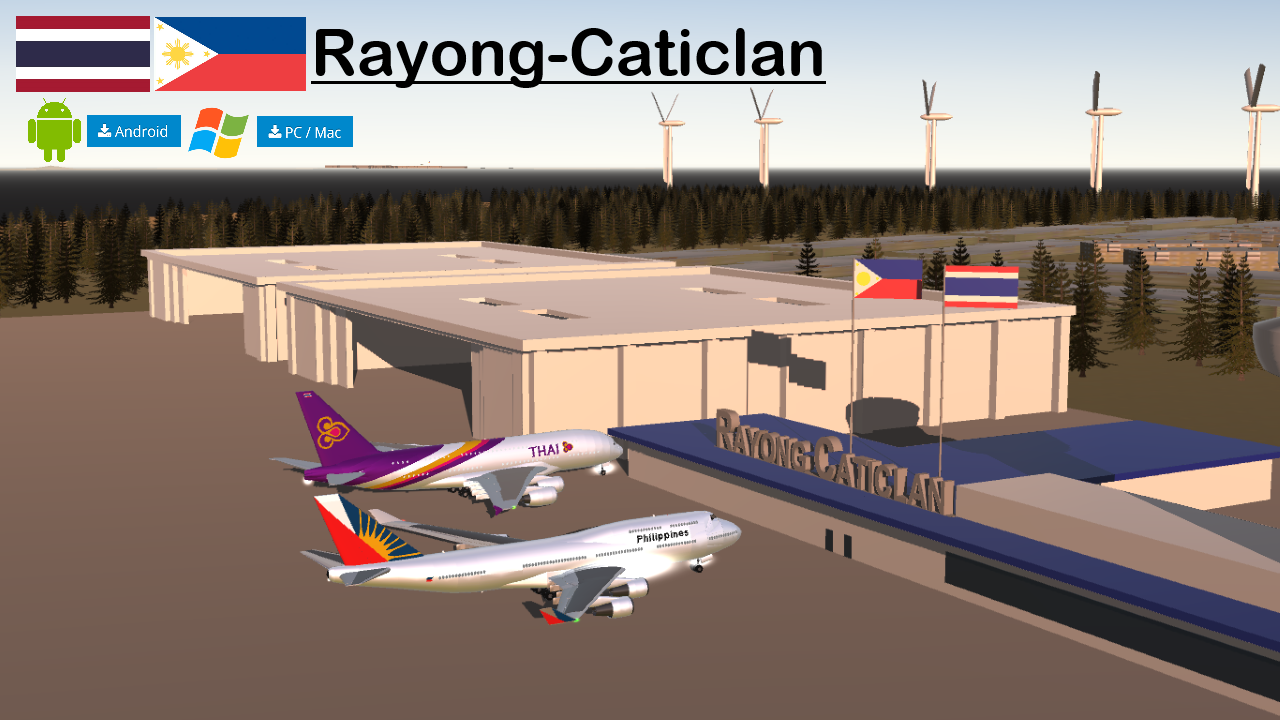 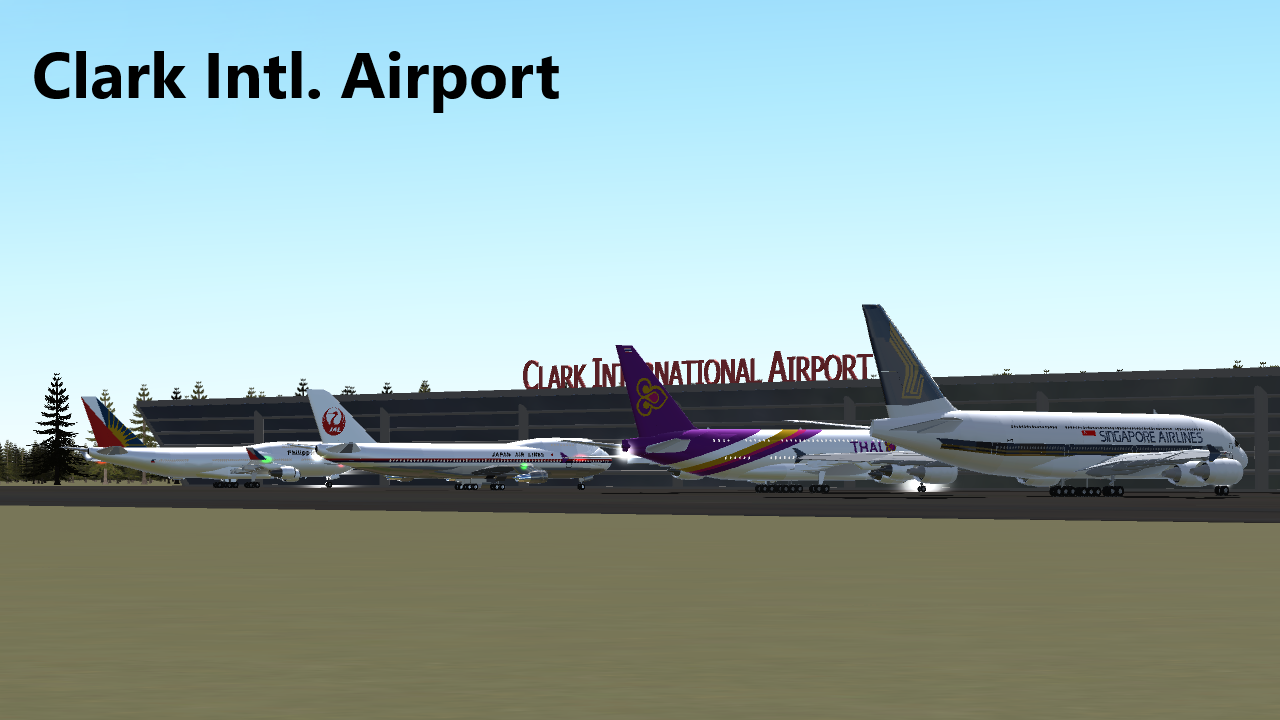 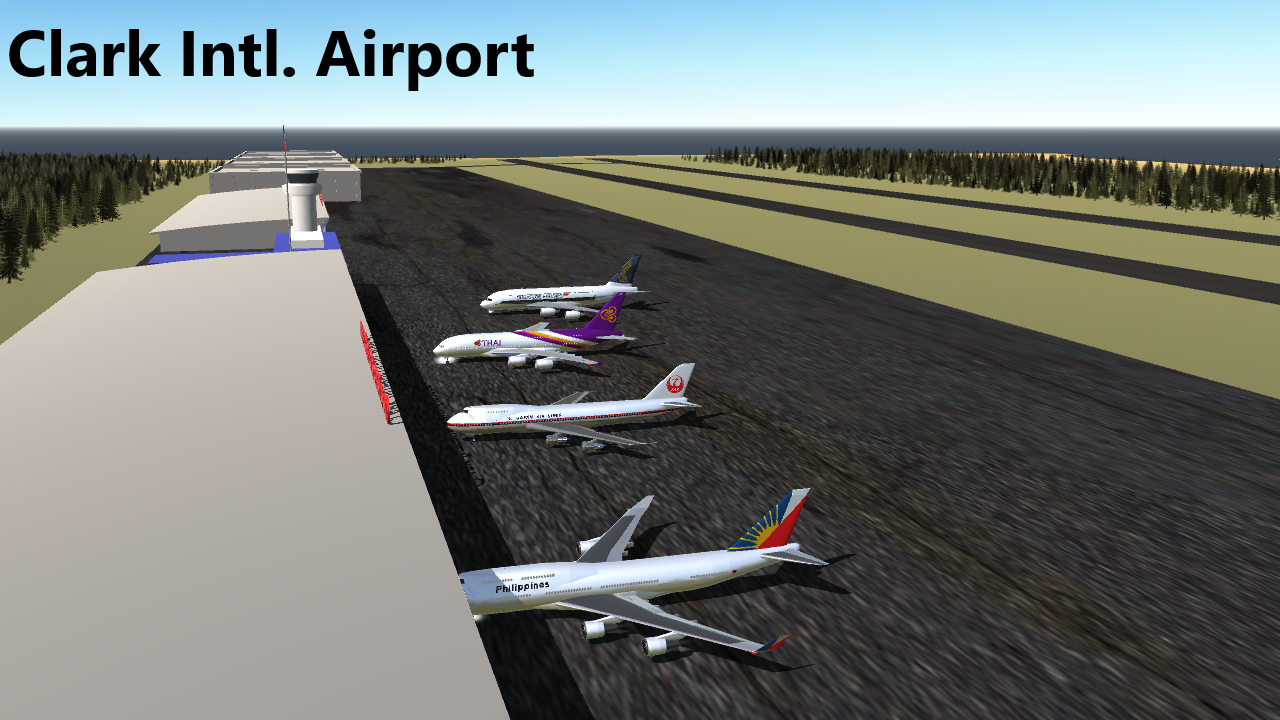 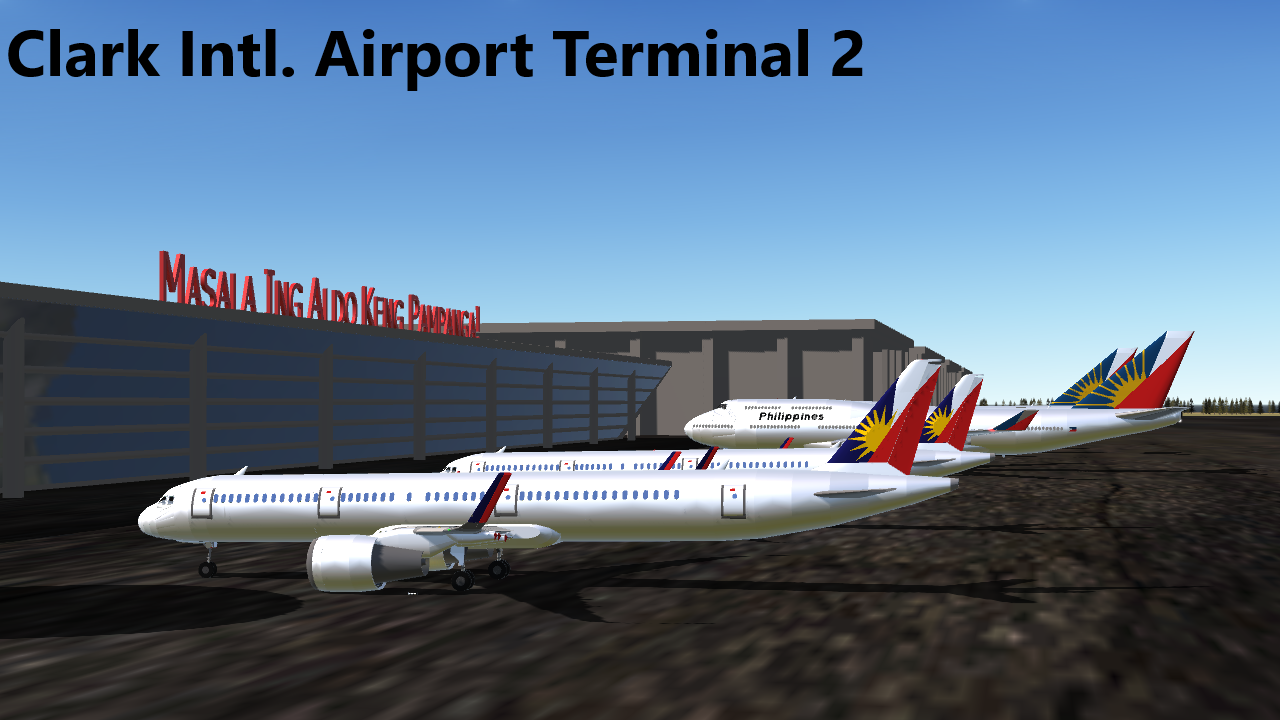 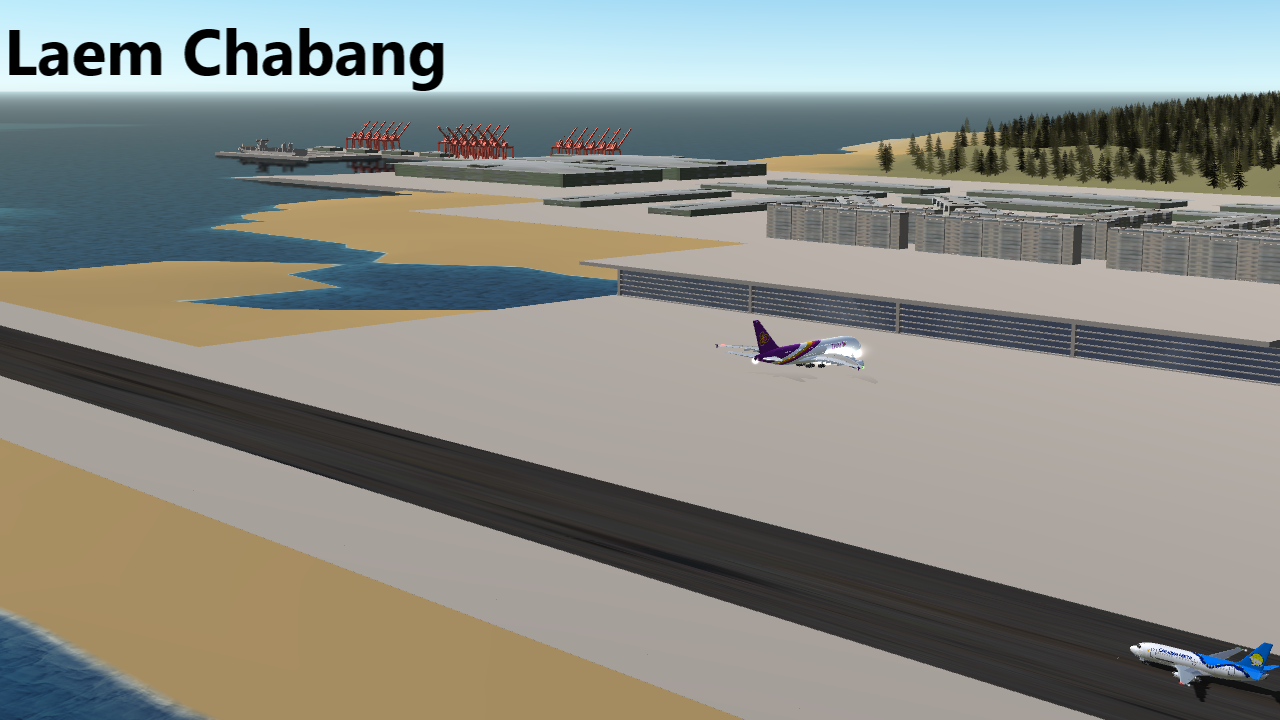 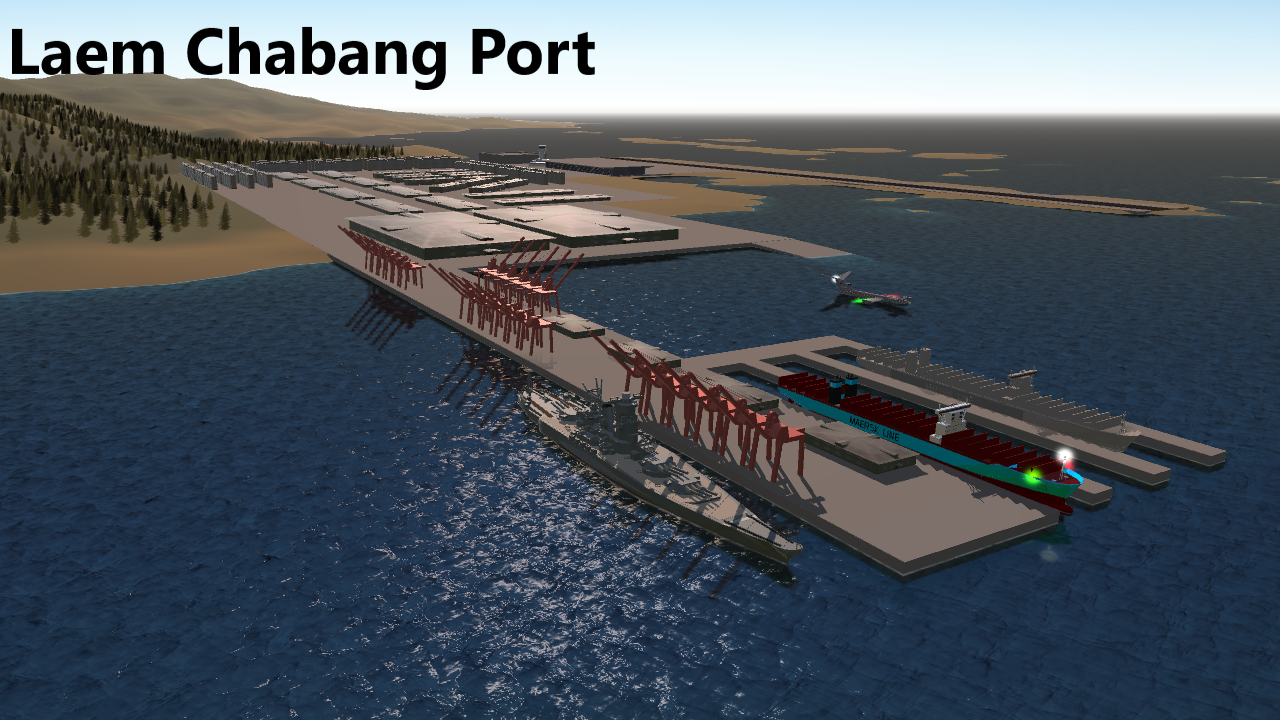 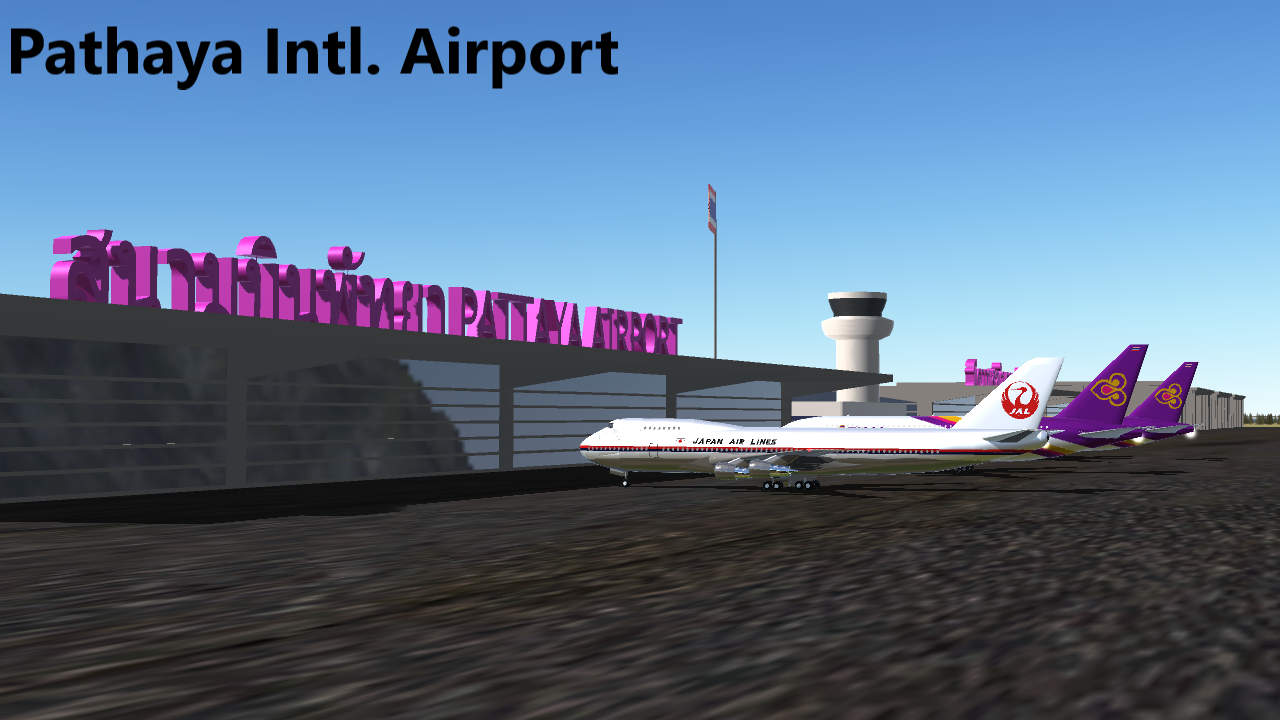 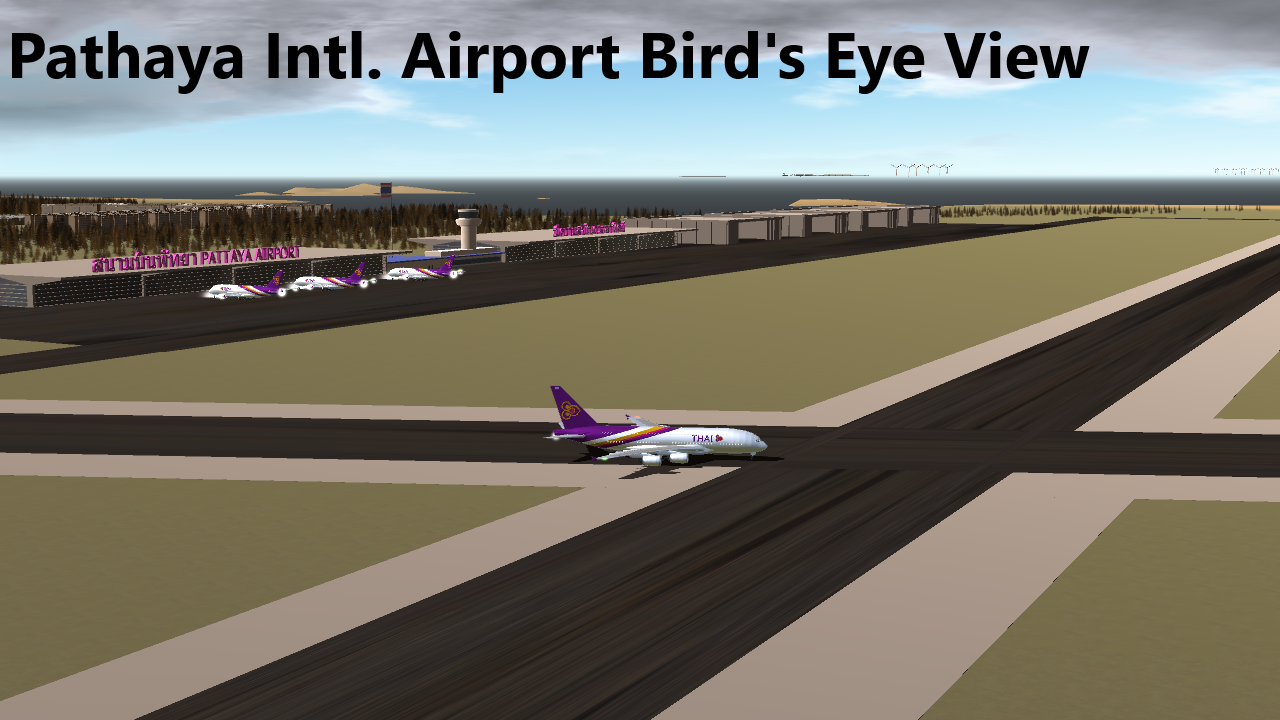 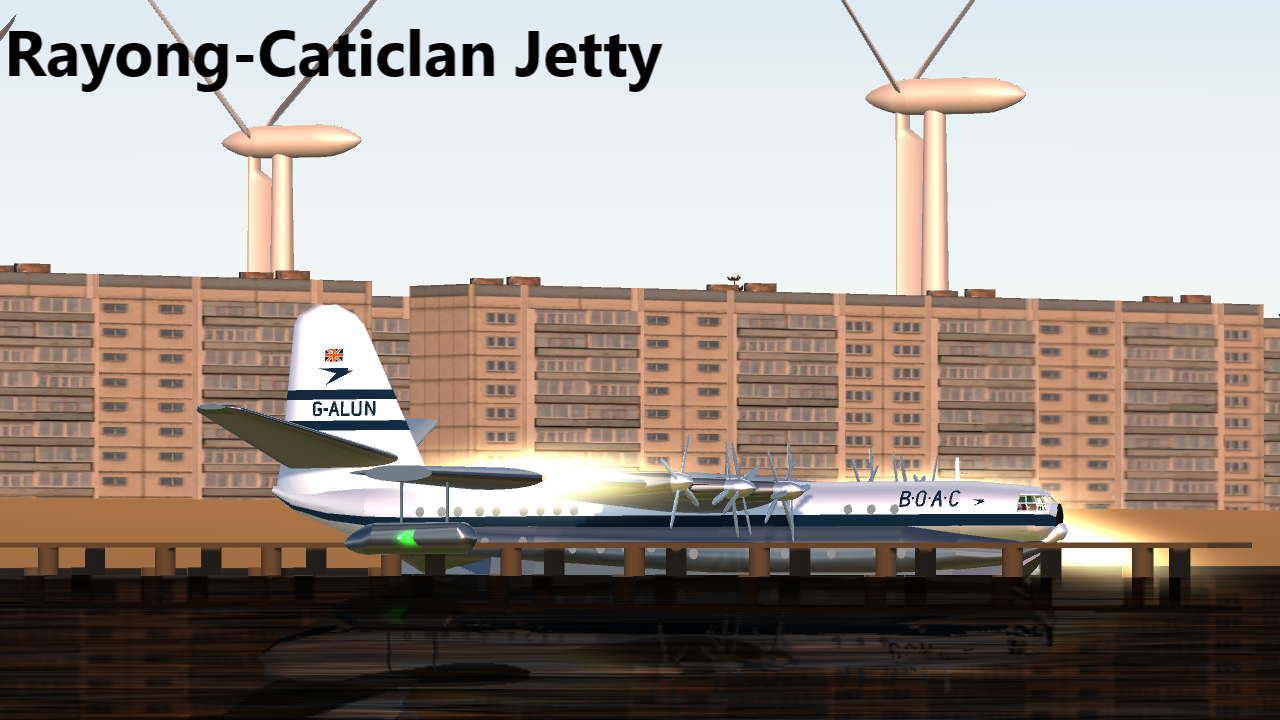 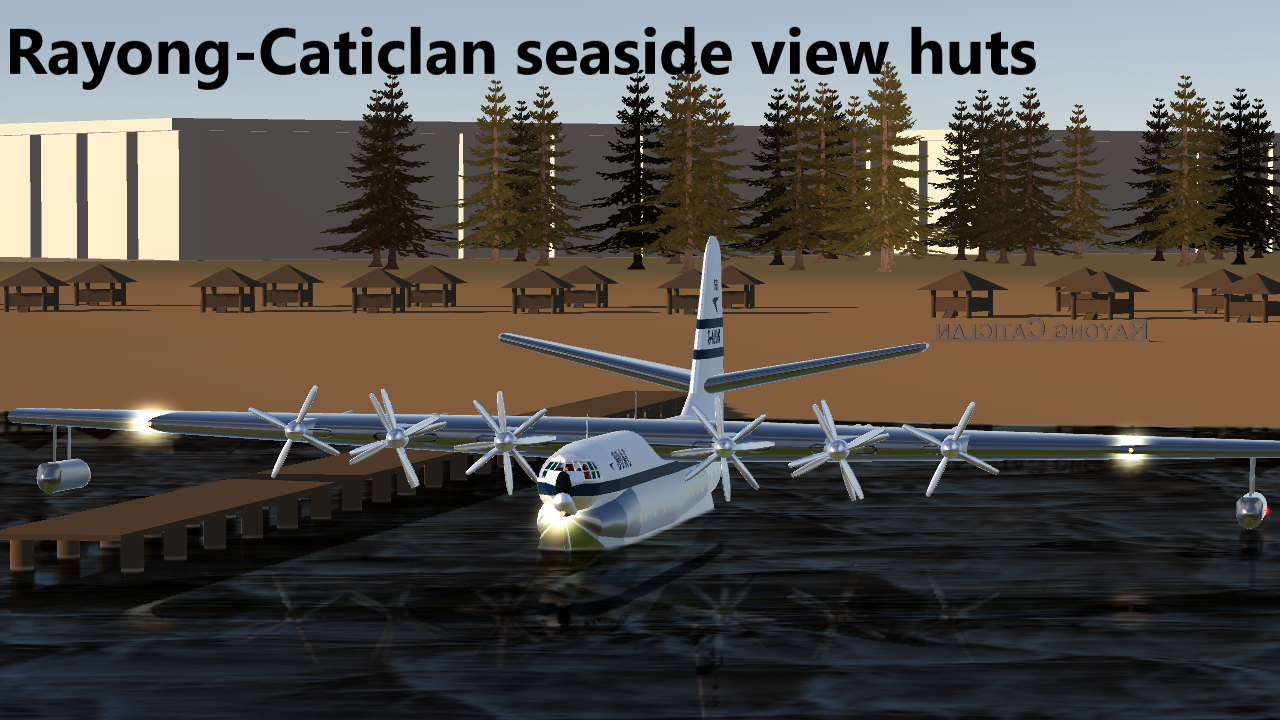 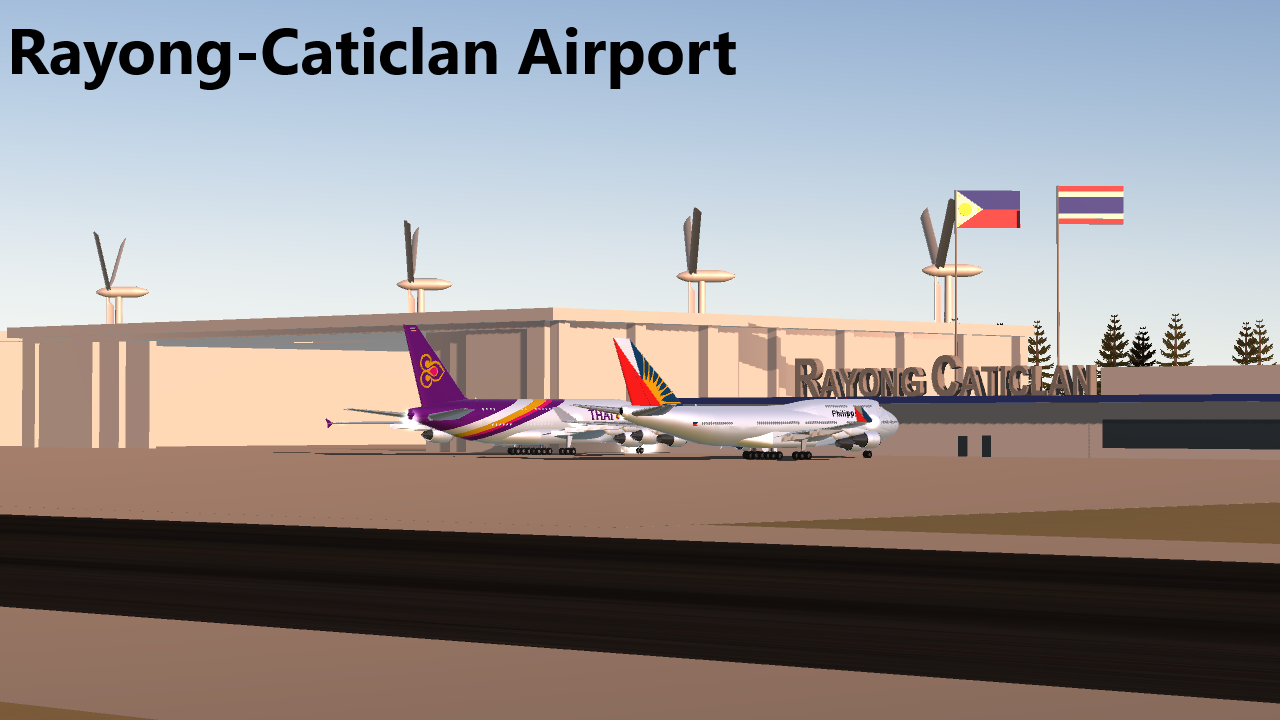 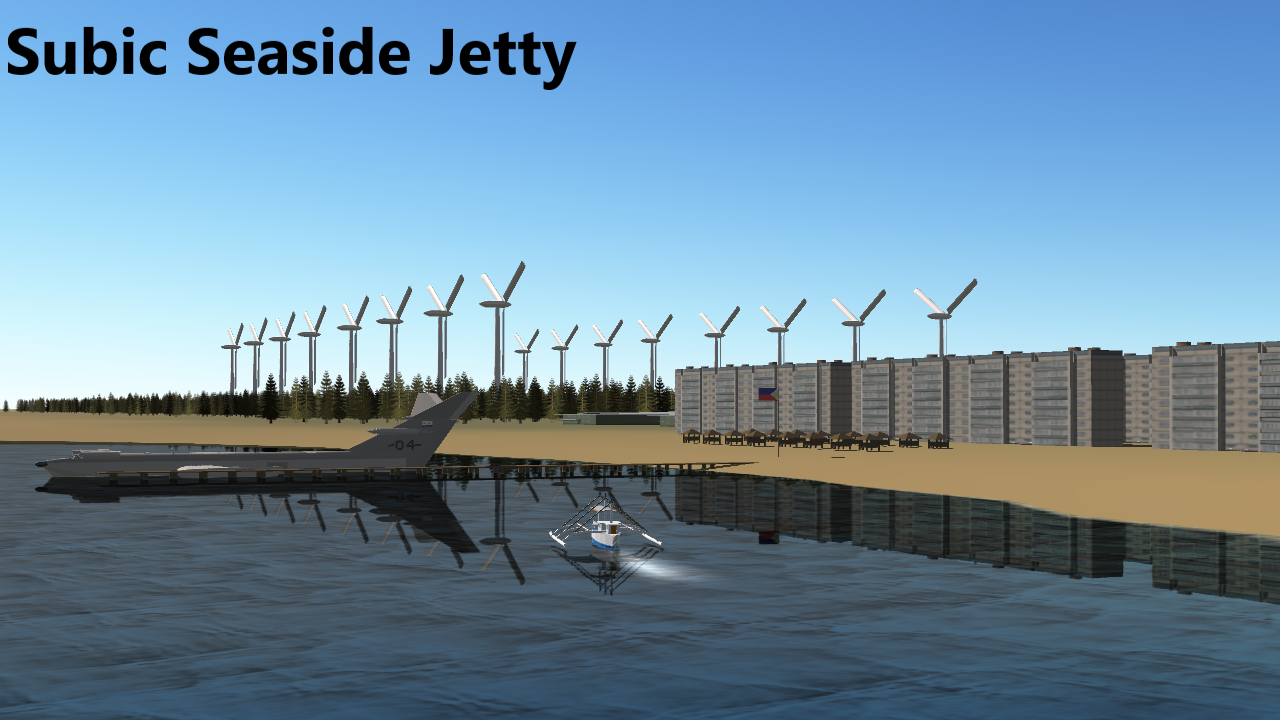 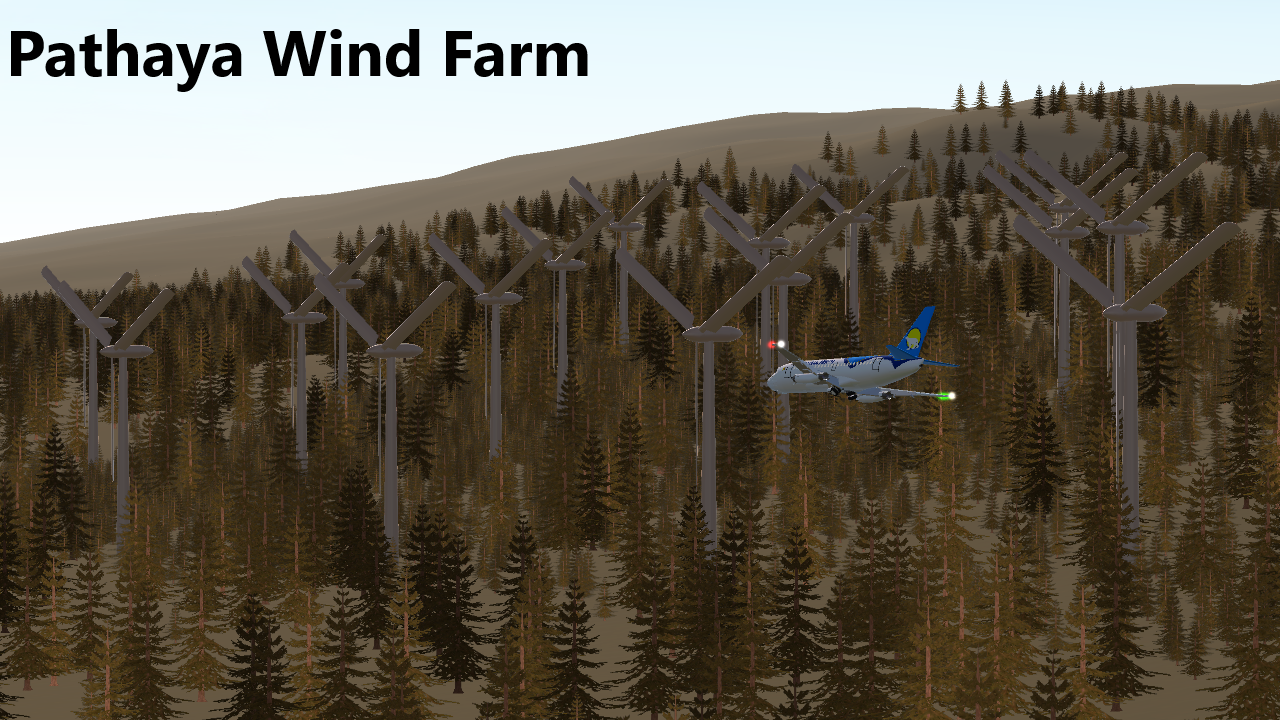 Rayong-Caticlan is an Island system well renowned for its zero emission, lag free, static turbines. It is also known for its lengthy beaches, large deep sea ports, and thick forest. The Largest Airport being Pathaya Airport, and unlike the case of Whiteshell Airport, Pathaya Airport is indeed huge, perhaps even larger than Athabasca. Be warned when Sailing in the Laem Chabang Bay, its quite shallow.

Clark Intl. Airport is the main airport of the island its situated, for its the only airport in the island. Clark Airport is decently sized, has two large terminal building expansions, four hangars, an apron, and two operational runways. It services the seaside town of Subic, and the nearby town of Clark. Subic and Clark are connected by a deforested trail, though left unnamed.

Laem Chabang is a seaside town of the much larger island ~50km north of Clark Airport, it is huge, has a regional airport suitable for Business jets as large as Boeing 747-146, and has its own seaport of all towns. The port has two usable loading slots, and three berths. It features a harbour for smaller vessels just behind the berths. Though the surrounding waters are not safe for deep drafted vessels, for its too shallow. But is visible so its hard to beach large ships (must have mid water graphics settings and no fog).

Pathaya Intl. Airport is the largest airport in this map, and rightly so as this airport is servicing the much larger island in the island system. The terminals are much larger than ones in Clark Airport, and features a huge overhang serving as shades for the pilots, and ground crew working within the nose section of the planes. Pathaya Airport features four hangars, two large terminal expansions, an apron, and two very long runways. Long enough for an A380 to land, and stop midway of the runway. Though there are no roads leading to Laem Chabang desping being on the same map, so one of the two runways have to be built on an angle for a clearer route to Laem Chabang.

Rayong-Caticlan is a small island set between Clark Airport, and Pathaya Airport, though its much closer to Clark Airport. Rayong-Caticlan is primarily a holiday island, seeing a ton of visitors every year, say about 1,350 metric tons of it. So much so, that the jetty port could not support the mass influx of visitors, so an airport was built. Its decently sized, though any planes larger than an A320, 737, A330, or a 757 are discouraged to attempt to land in the airport.

Subic is a seaside town on the same island as Clark Airport, it was then the only town capable to service visitors to Rayong-Caticlan, until the construction of the airport. Now it mostly is a fishing town. The town is modestly sized, and is also one of the towns operating an offshore wind farm, other which is Rayong-Caticlan.

Contributions to the mod

This is our first collaboration, it is hard. Especially if our sleep schedule is not synchronised, and yet we did it. And this time, there were no errors, no crashes, no corruption, it was smooth sailing. Though you might notice its pine trees, instead of Philippine Oak or Thai Banyan. Well, Jelybaca figured the reason why one of his maps crashed and corrupted was because the tree asset Jelybaca downloaded is not supported for simpleplanes use. And UnlistedPlanes couldn't offer any other asset bundles in unity. So we both stick with pine trees as a comprimise. And also annoyingly, UnlistedPlanes and Jelybaca couldn't figure out how to spin the wind turbines, any attempts lead to a bunch of yellow texts underneath the Unity asset windows. Oh well, maybe next time.