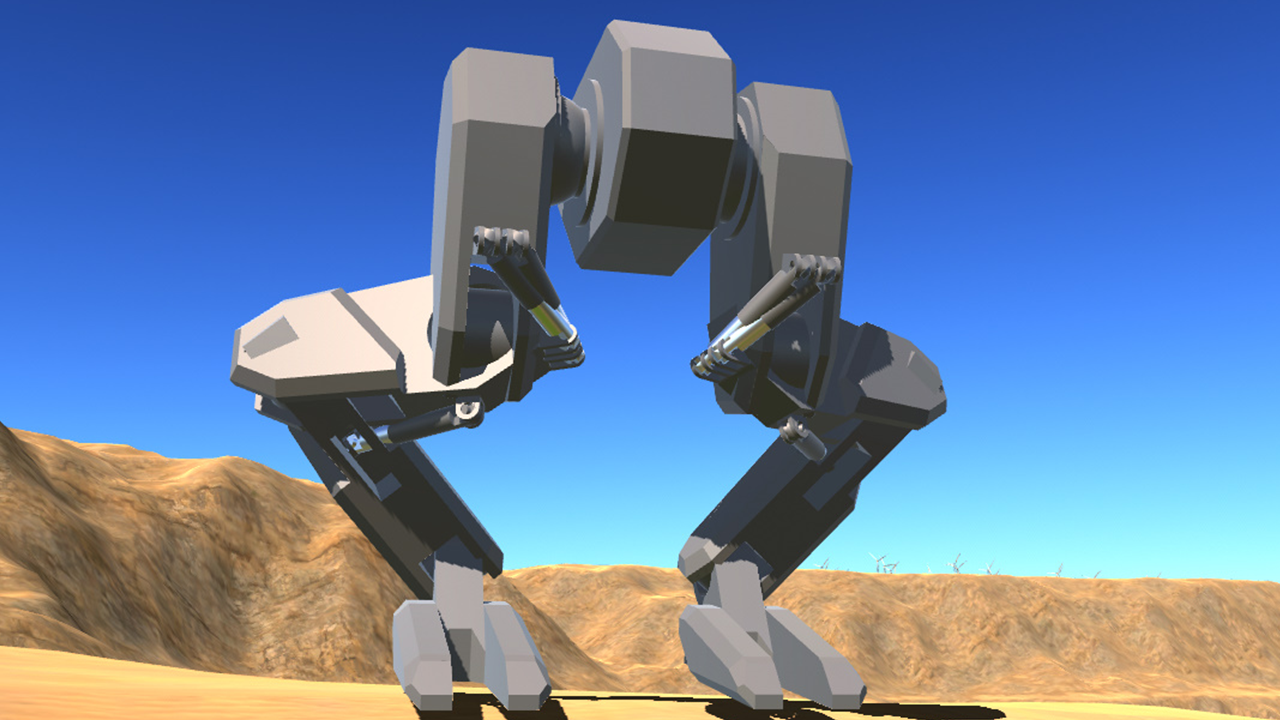 Greetings, mechwarriors!
I present to you my new mod: Mech.

1.Behaviour of mech legs it is no physics. It is scriptable behaviour with animation.
2.Mech legs stand only on ground (terrain). They ignore all other objects.

Mech chassis size - this value scale all mech chassis.
Movement speed - speed of movement.
Movement acceleration - this value set how fast your mech will reach maximal speed and how fast will stop.
Back speed multiplier - this multiplier set the maximal back speed. If this value = 0.5, then back speed of your mech will be in 2 times less then forward speed.
Yaw rotation speed - speed of yaw rotation, degrees per second.
Increase legs width - distance between legs. Can be useful if you want to create your own part between legs.
Legs width scale - width scale of legs.
Torso width scale - width scale of torso.
If you change some of these three attributes, then 2 element of 3d model become invisible. Then you can create your 3d model of this:

After you change Ground height increment, your mech can respawn underground, even you have attach the detacher with block to your mech:

Even if you back in designer and play again, it will not fix it. Your mech stiil will respawn under ground.
For fix it, just press "Restart":

But even this dont work and your mech still explode at start, try to desrease `Ground height increment':

I have opened the source of the mod. You can download it and look, how it works. But many count of objects in Unity Editor and scripts called by Russian words, it can be difficult to understand, if you not from Russia.
loo.cs script it is the script which i have used to create animation in Unity and dont save the mod every time when i change something. Why loo? At first it should be script called "LookAt", but something happened wrong and it become "loo".

About my last post: i really leave SimplePlanes for a year, it is was not joke. But i have wrong calculate the date of my leaving. Current day can be more better for creating my goodbye post. And i have thinked that still i can create mods, i can create mech mod. I hope this mod can help in creating well working mechs. So, i have a few days, and after this leave SImplePlanes:)