I started a new series about IRL planes with original livery.
This is the story behind the series.

In a parallel world, the civilization was in late-19th century technology when Krakabloa Volcano suddenly erupted one day, forming what was later known as the Sandbox Island Chain.

It was later found out that this was no ordinary volcano: the Krakabloa eruption was caused by the opening of an underground warp gate which connects to a different world. As a result of the opening, many things from the different world (which is, our world) was expelled from the volcano, and scattered around the area.

The Volcano expelled all kinds of stuff, but there was one thing that changed the world the most: modern military technology, especially aviation.

After some detailed investigation, scientists found out that this world is actually more advantageous to airplanes than their original world for a handful of reasons, including lift-drag ratio, atmosphere oxygen, material and personnel G-force tolerance and other physics differences. However, the fuel technology in this world is inferior, and aircrafts suffer from significantly shorter ranges.

The enormous potential for futuristic military hardware soon attracted the attention of three world superpowers, who moved in and occupied their own islands. The rising tension forced them to coin the "Yeager convention", assuring the neutrality of Krakabloa Archipelago and the limited scope for any future conflicts in the Sandbox Island Chain (i.e. any war happening here will not cause the original nations to go to war).

Introduction to the nations: 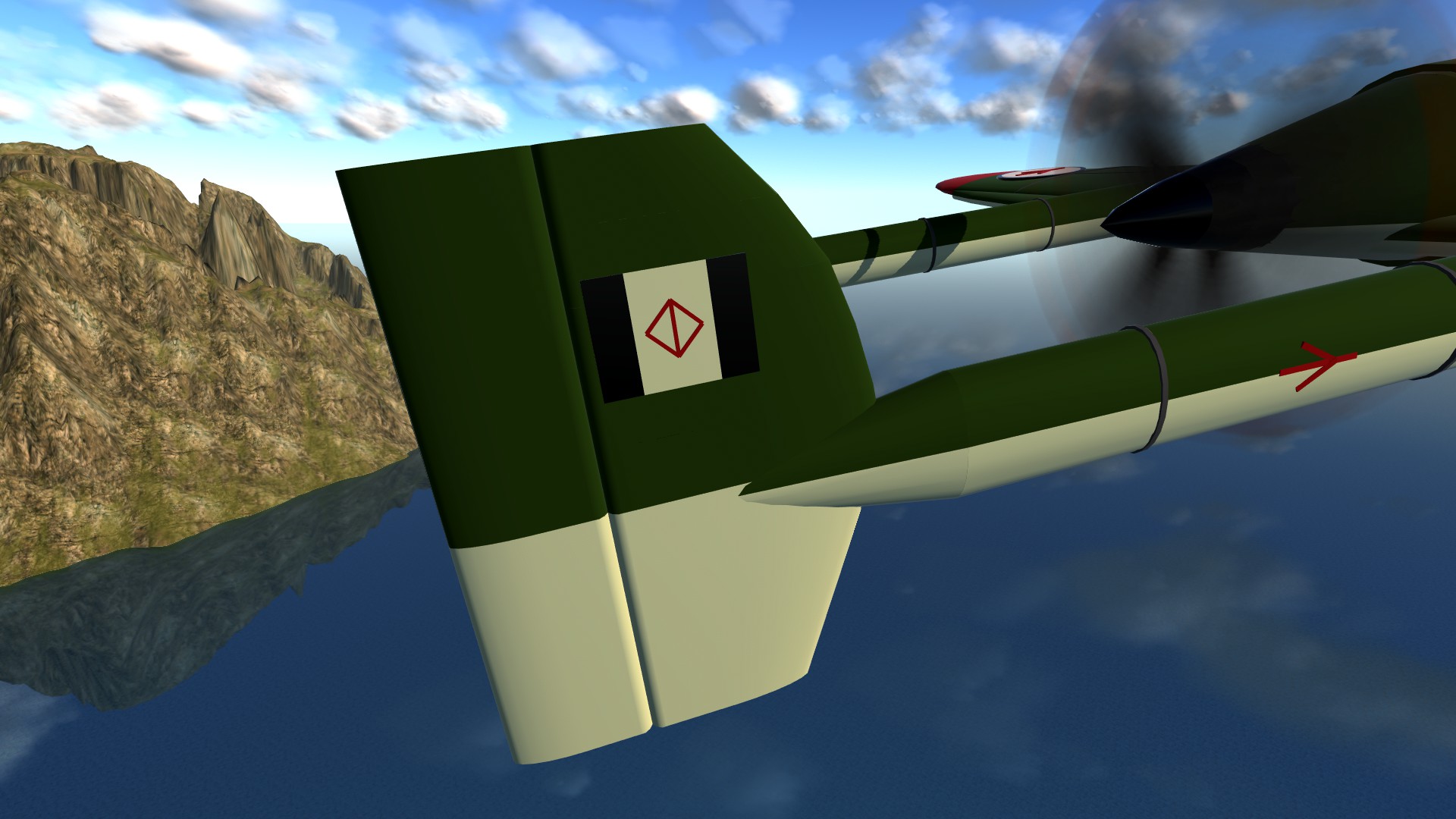 The Union is a democratic superpower that consists of several smaller nations. They usually make real-world German, Italian and French aircrafts.
They occupied the Wright Isle, named after the place where Wright Flyer blueprint was found.

Empire:
(flag to be uploaded later)
The Empire is a monarchy nation that focuses a lot on military expansion. As such, they are in constant tension with the other nations.
They usually make real world US and UK aircrafts.
They have managed to apply advanced technologies and is the only nation to have missile weaponry and aircraft carriers.
They saw ship blueprints with "USS" in them, and applied them to their own ships without know what exactly that means.
Notably they don't have an air force, and all their aircrafts in the area are controlled by Empire Navy.
They occupied Snowstone and build a secret base there.

Kingdom:
(flag to be uploaded later)
The Kingdom is an older, less technologically advanced constitutional monarchy nation with a strong economy and cultural heritage.
Their aircrafts are usually from Japan and USSR.
Their air force historically have a fleet of airships, which affected the design of their roundels and markings.
They occupied Maywar, and funded the building of the artificial island Skypark City.