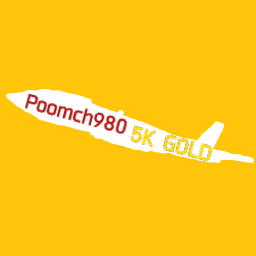 Feel free to join my server!!! (And pls join)

I won't tell you about my real age and name or nickname, cuz it's my secret. >:)
I'm Thai people and just normal people. I like planes, aviation, and rockets, I'm mostly like Supersonic or Hypersonic take an example like Concorde, X-15, F-22, TU-160, etc.

Thelionslipstonight when he lands my PX330:

and I like to play ROBLOX and of course this game tho. ROBLOX? What type of Roblox games? Yeah, you would know, Flight Simulator. And this is (F/A-18) Hornet gang. We just drive F/A-18 But I and my friends land somewhere then...

Well, I think I should stop talking about ROBLOX. and also I'm doing an SP Project named D-0 Series which makes Airliner (D-1 to D/I-10) other types like Citizens planes, Fighter, Bomber, etc. (D-11 to D-20)

I&#39;m a Founder of Proxima Aircraft Industries and alpha

Founded on May 4th, 2020 Proxima mostly going to build an airliner and cargo plane (some might be a variant to PXAirliners more info will be added later

I actually built many planes
But mostly I didn't post my planes in SimplePlanes.com but actually soon I will post it earlier.