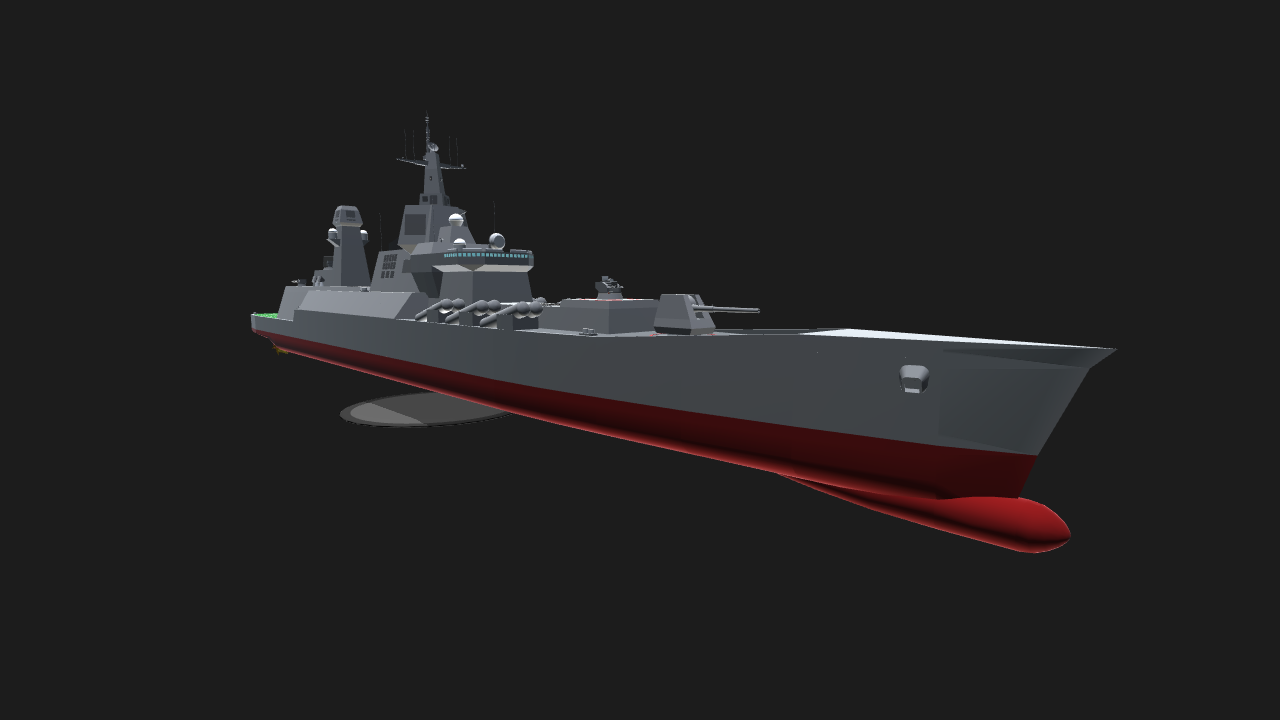 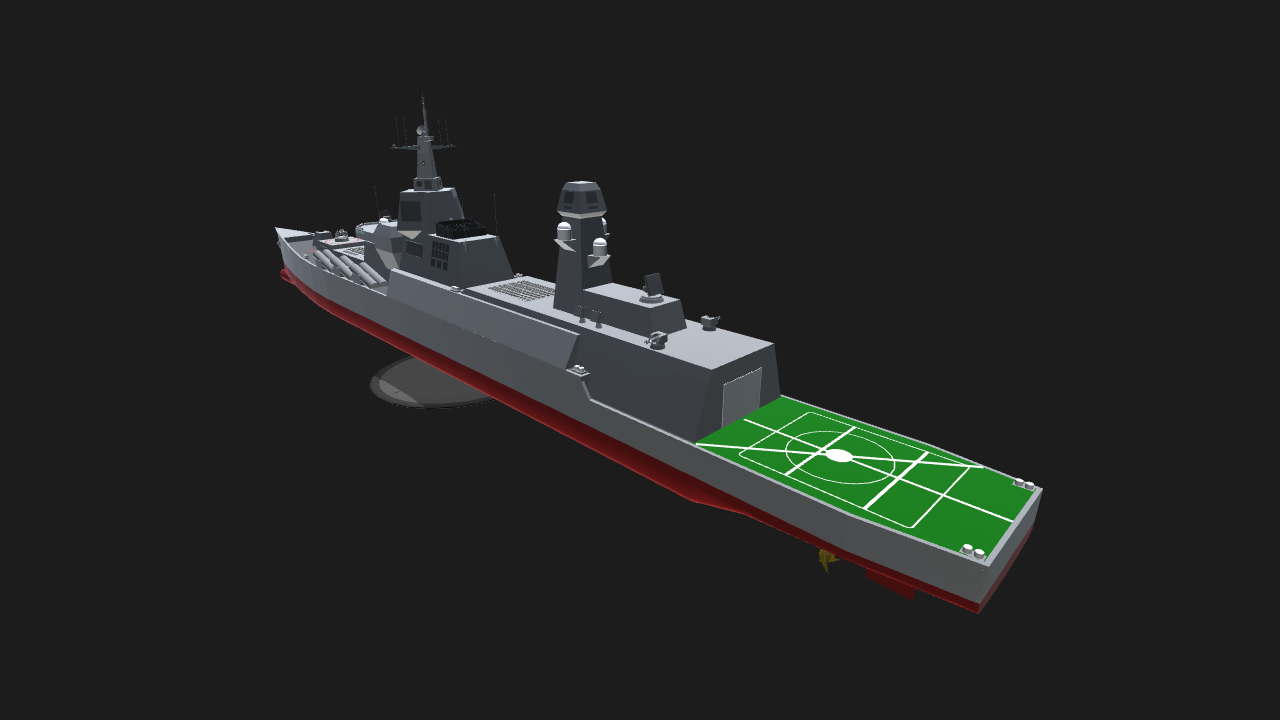 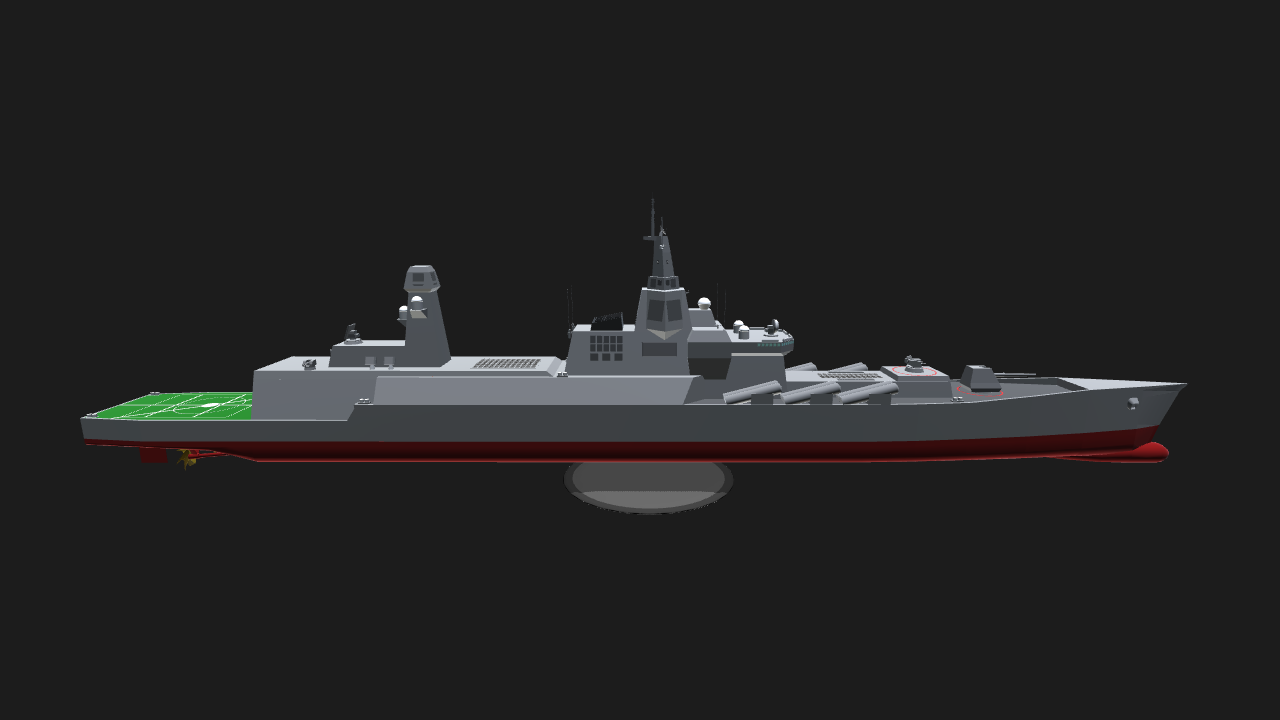 This is a Mid-Life-Upgraded Fantasque-class guided missile cruiser originally built by KerlonceauxIndustries.
Background: Entering the 21st century, the Fantasque class guided missile destroyer has seen action for the past 20 years, the implementation of new technologies on newer warships have greatly increase their combat capabilities, and have surpassed the Fantasque class in almost all aspects. The plan to modernize the Fantasque class cruisers was proposed in 2012, the process of upgrade began in 2015, and reaching full completion in the 4th quarter of 2018. The end result is a Fantasque class cruiser with dramatically increased stealth capability ( stealth coating, angular hull design, integrated mast design, noise cancelling), threat detection ( X, S and C band AESA radar, various electronic warfare, countermeasure, and optics equipment), increased and improved weapon systems, and increased overall length to accommodate larger ASW helicopter. The ship also features a brand new IEP/ COGAG (Integrated Electric Populsion with Combined Gas and Gas). she uses one permanent magnet motor as the main populsion engine, and 2 gas turbine engine for support. She can do about 56 knots ingame, her max speed IRL would be 50 knots. The original 16 XM-258 Ballista supersonic cruise missiles were replaced with 12 XM-262 Baltic Eagle supersonic crusie missiles. The 96 VLS cell located amidships consists of 48 RIM-277 mk 4 long range SAM and 48 AIM- 128C medium range SAM. The original two Mk.5 Twin 127mm/70 Caliber Gun Systems were replaced with one Mk. 7 single barrel 150mm Gun system, 7 30mm 6-Barreled Rotary Centurion CIWS were reduced to 2 on top of the helicopter hanger, and the C1A2 Arsenal Block II were upgrade to Block III and was moved to behind the main gun. An additional 62 universal VLS system were installed behind the C1A2 Arsenal, with 14 AGH-12 hypersonic anti-ship missiles. On the side of the ship also consist 2 tri- barrel 577mm torpedo launchers, with 4 Mk-56 torpedos equipped. A typical loadout for the VLS cells would consist of 72 RIM-277 mk 4 , 72 AIM-128C, and 14 AGH-12.

The upgrade of a single Fantasque will cost around 750 million.

Credit to KerlonceauxIndustries for building the original ship, and NFIGMT for providing to main gun. 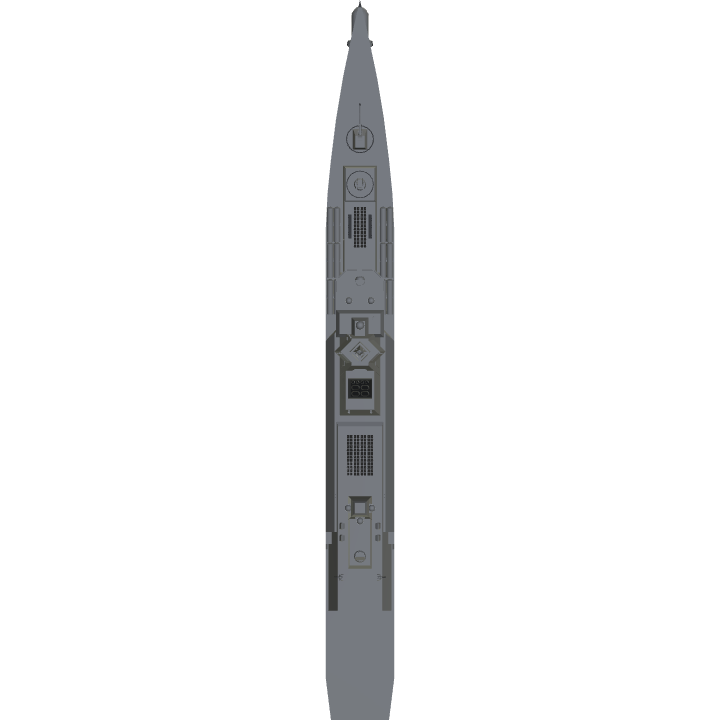 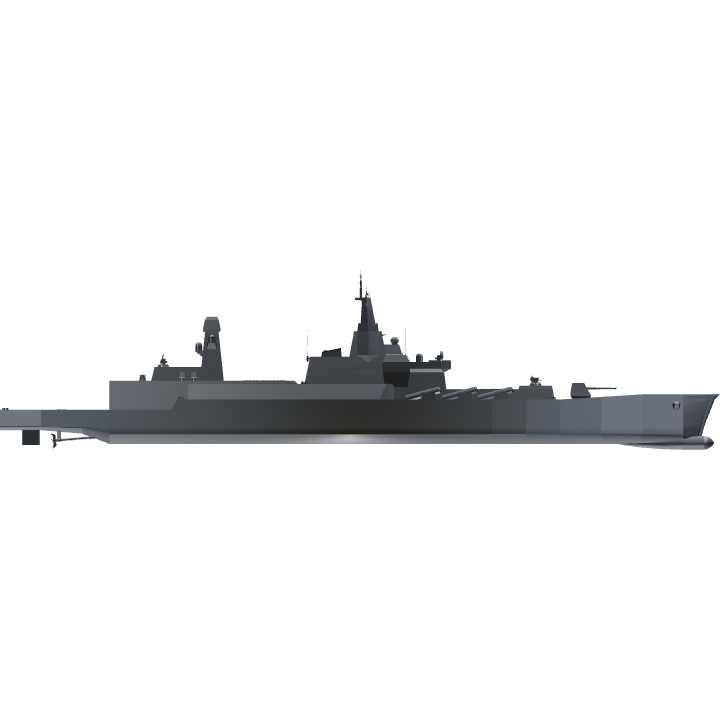 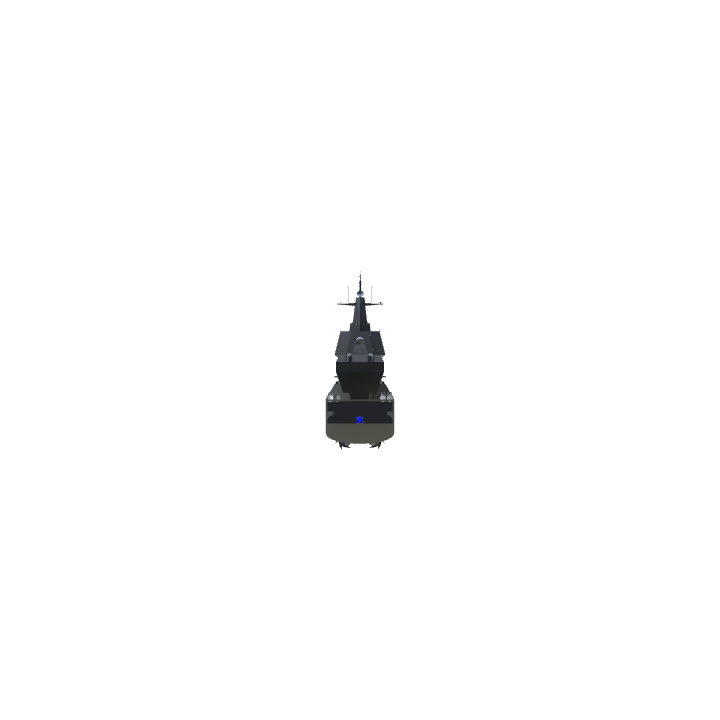