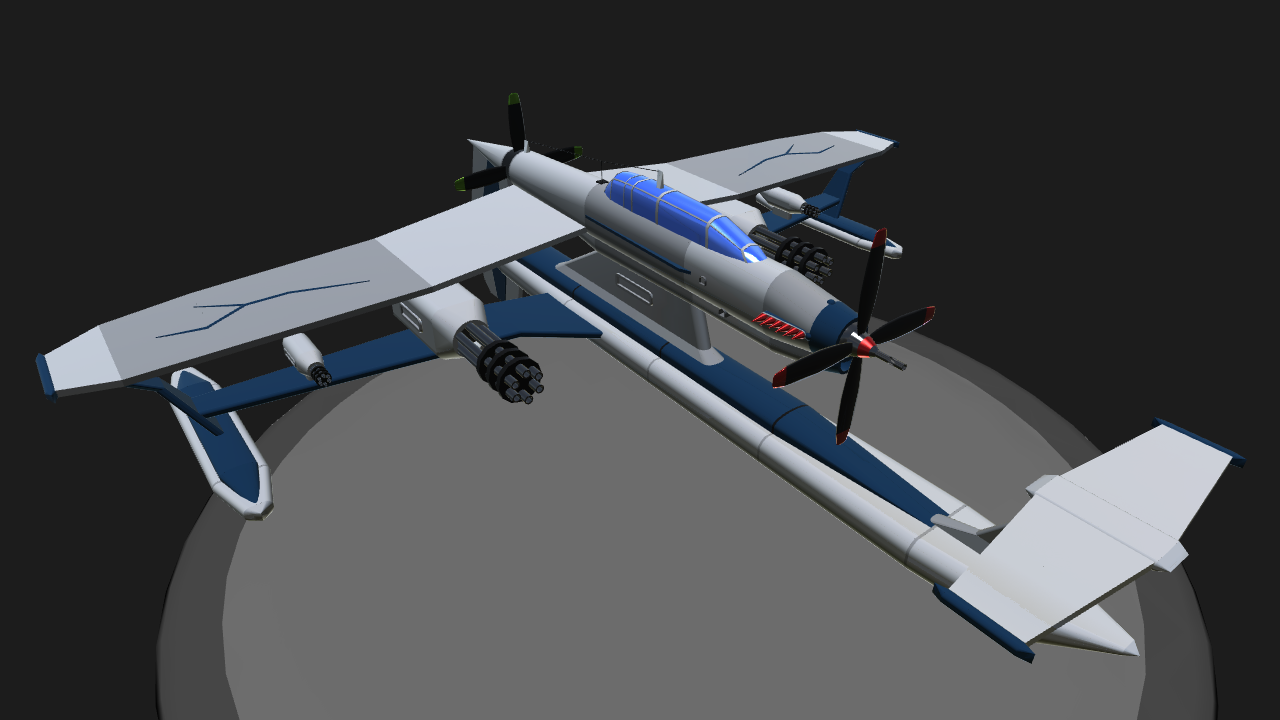 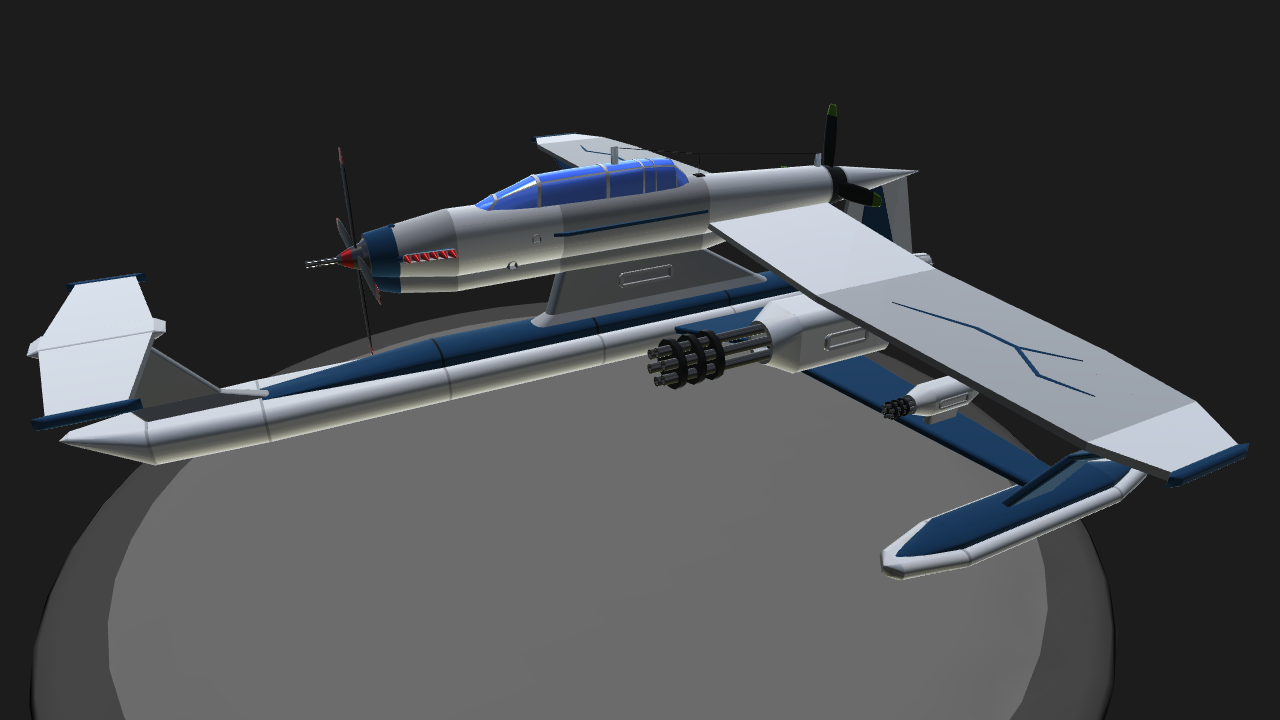 In a parallel universe somewhen: His Majesty’s Aircraft “Liberty’s Favor” provides strong fighter capabilities for our sovereign protection and meets the Royal Decree to make the best use of our waters for aircraft deployment. The aircraft has a crew of two: The pilot/gunner is accompanied by an observer/radio operator who guides the craft to its targets with information provided by airborne or ground based intelligence transmission officers. The craft has a short take off run so can be launched from smaller bodies of water such as rivers and lakes. Armament is a high velocity pump cannon firing through the propellor hub (AG1), two large caliber rotary cannon for hard targets (AG2) and two small caliber rotary cannon for soft targets (AG3). For take off, apply full throttle and pitch up fully during run. For landing, reduce throttle to two fifths of full for descent, one fifth of full for final decent then cut power at fifty feet and glide in to touchdown. As always, messages welcome! 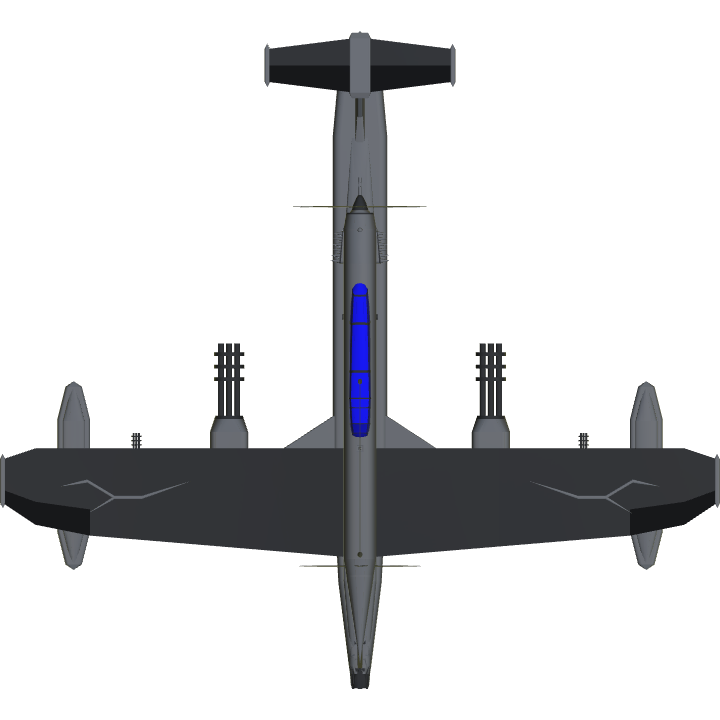 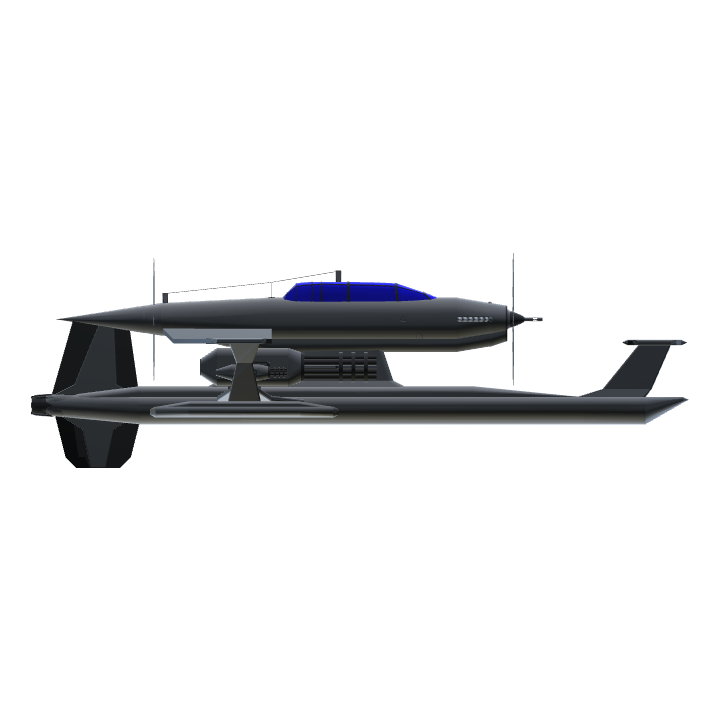 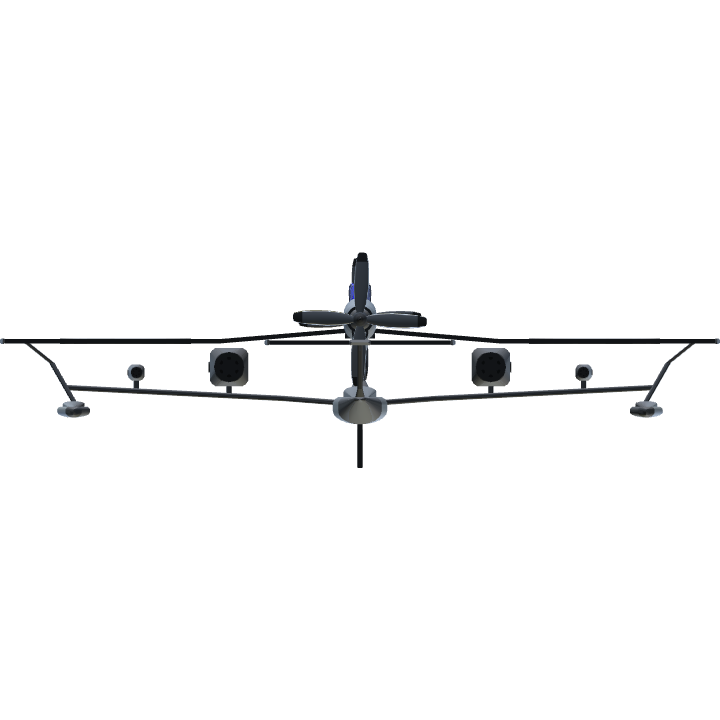