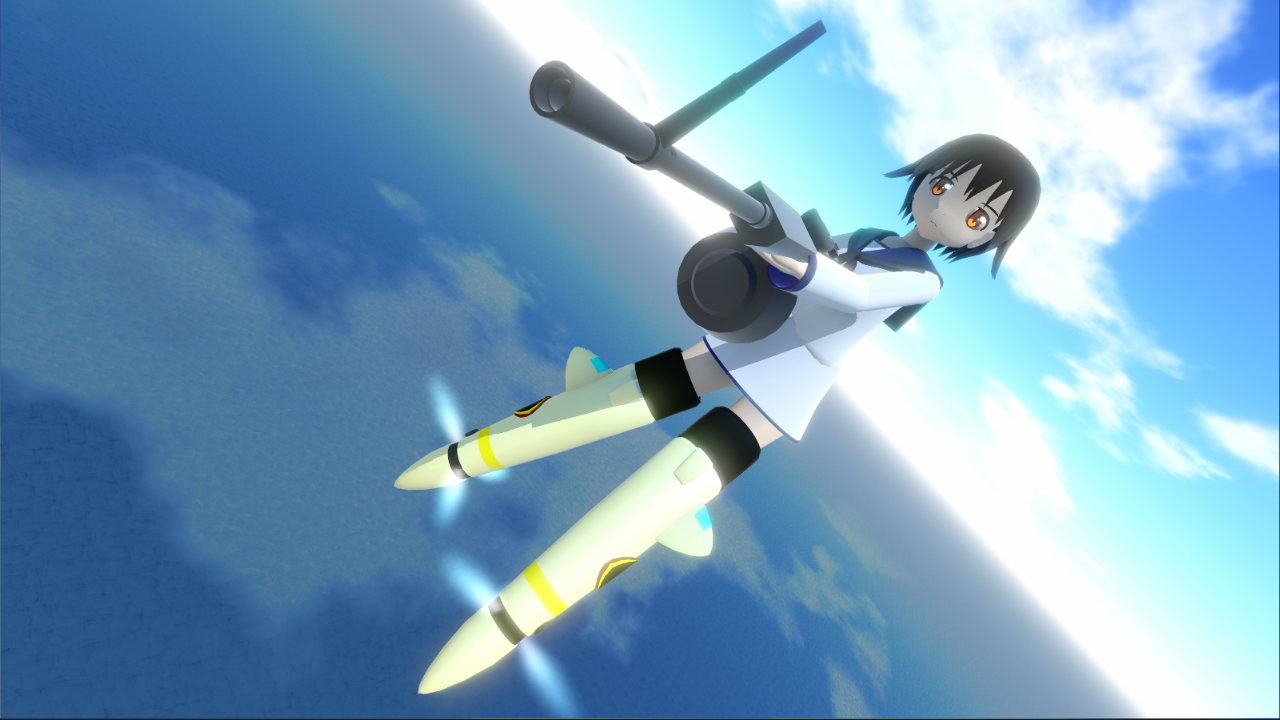 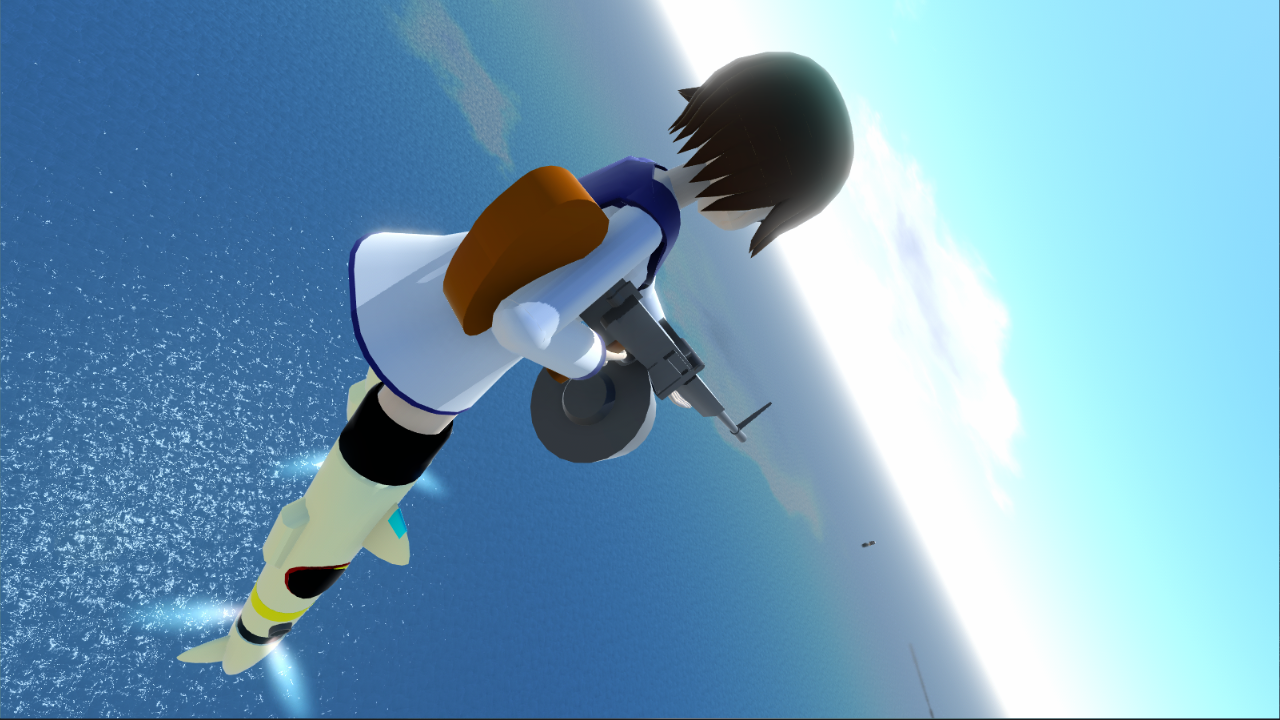 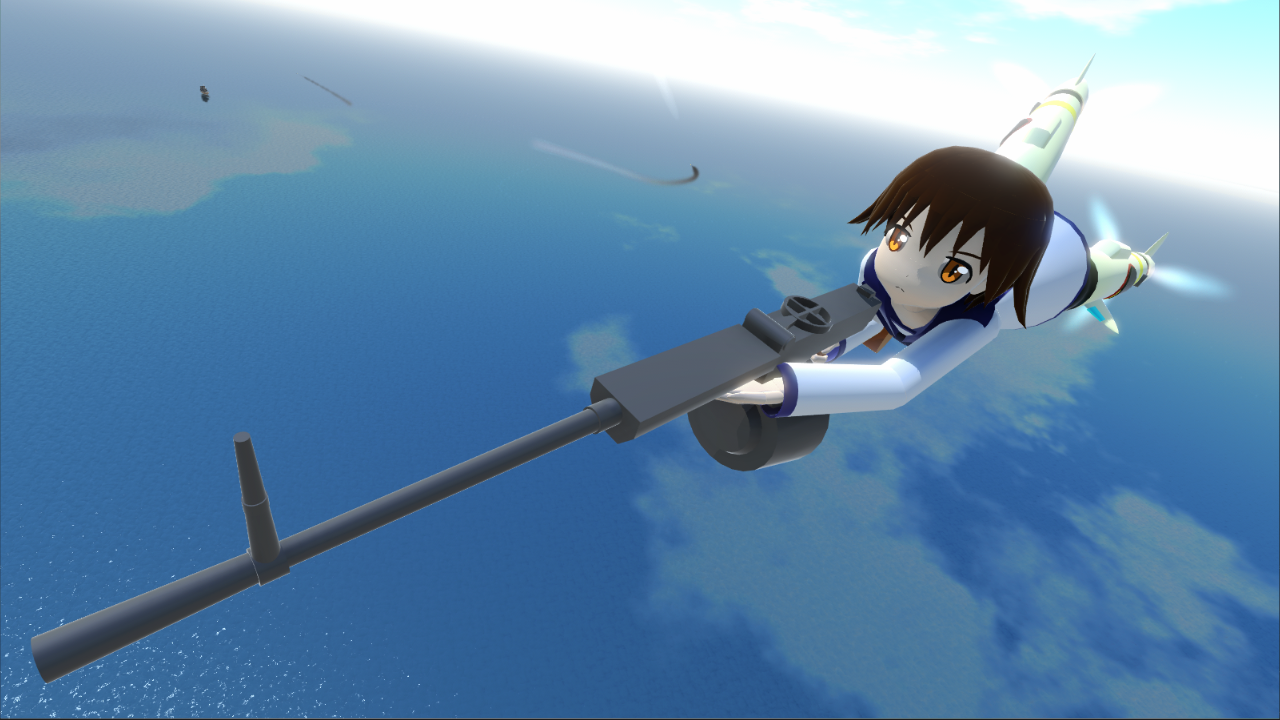 The latest version is here

Originally from the Japanese animation "Strike Witches".
Produced to validate elements of new versions and technologies needed for ongoing projects.

The previous version was controlled by the lift of the wings.
I've completely replaced it with an engine-driven one.
In addition to that, a more manageable inertial control mechanism (improved and adjusted from a hover unit which is unlisted now) and
An automatic aiming function for hovering has been added.

Pitch : Move forward and backward
Roll : Move left and right
Yaw : Turning
Throttle : Speed control
Trim : Move up and down
VTOL : Look up and down

Automatic sighting
(The image is from the middle of development, but it behaves the same as the one we published.) 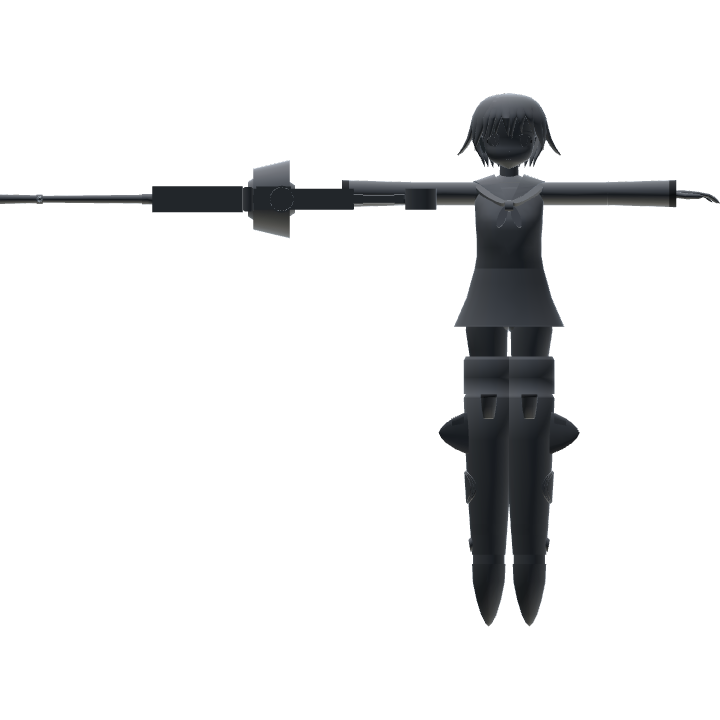