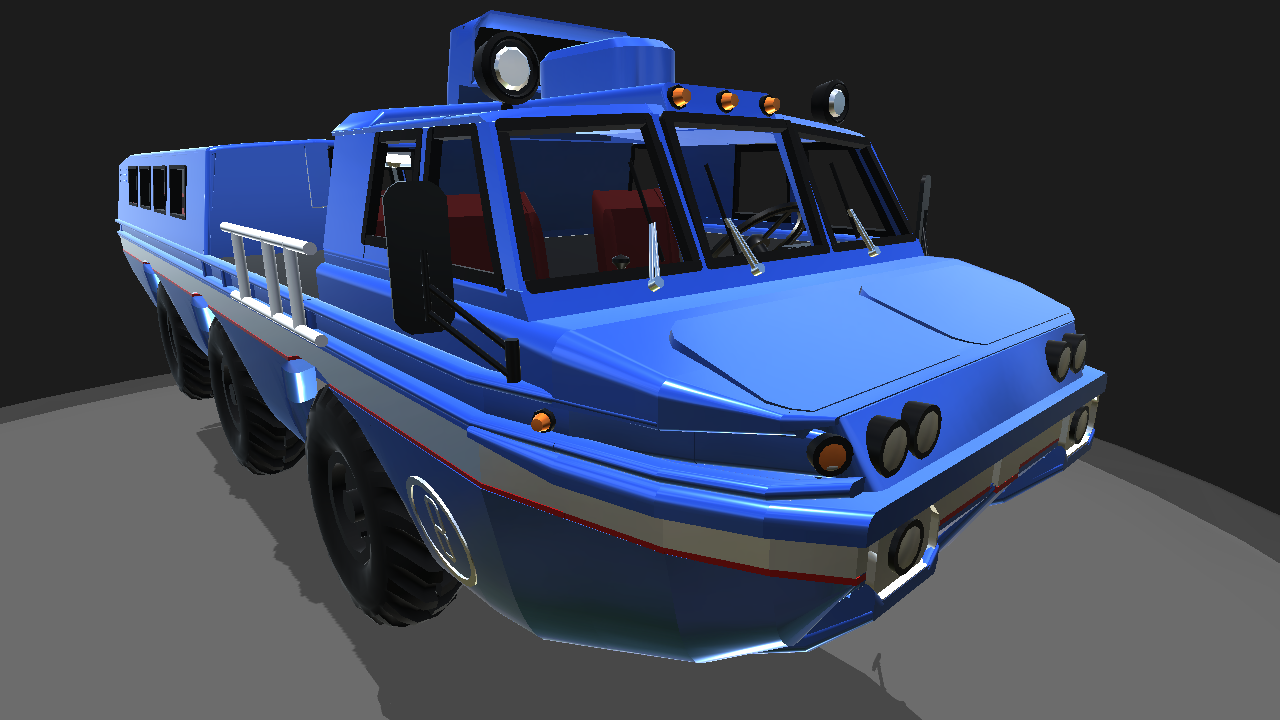 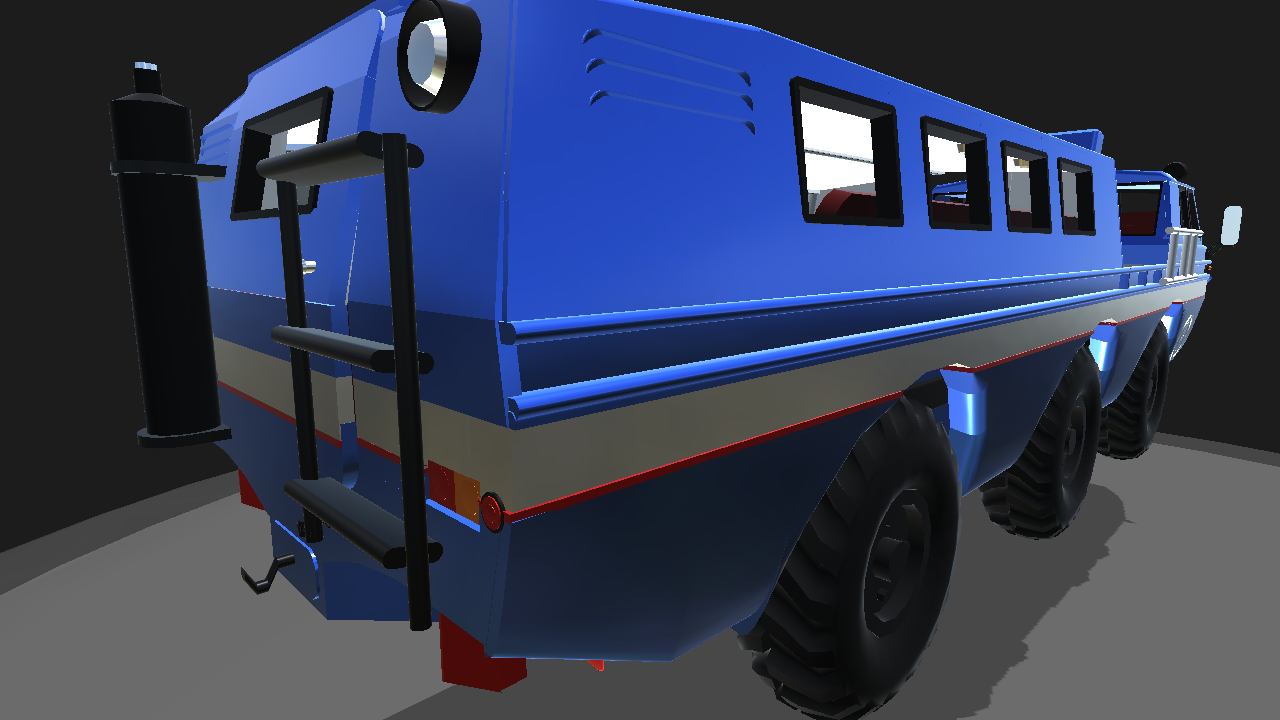 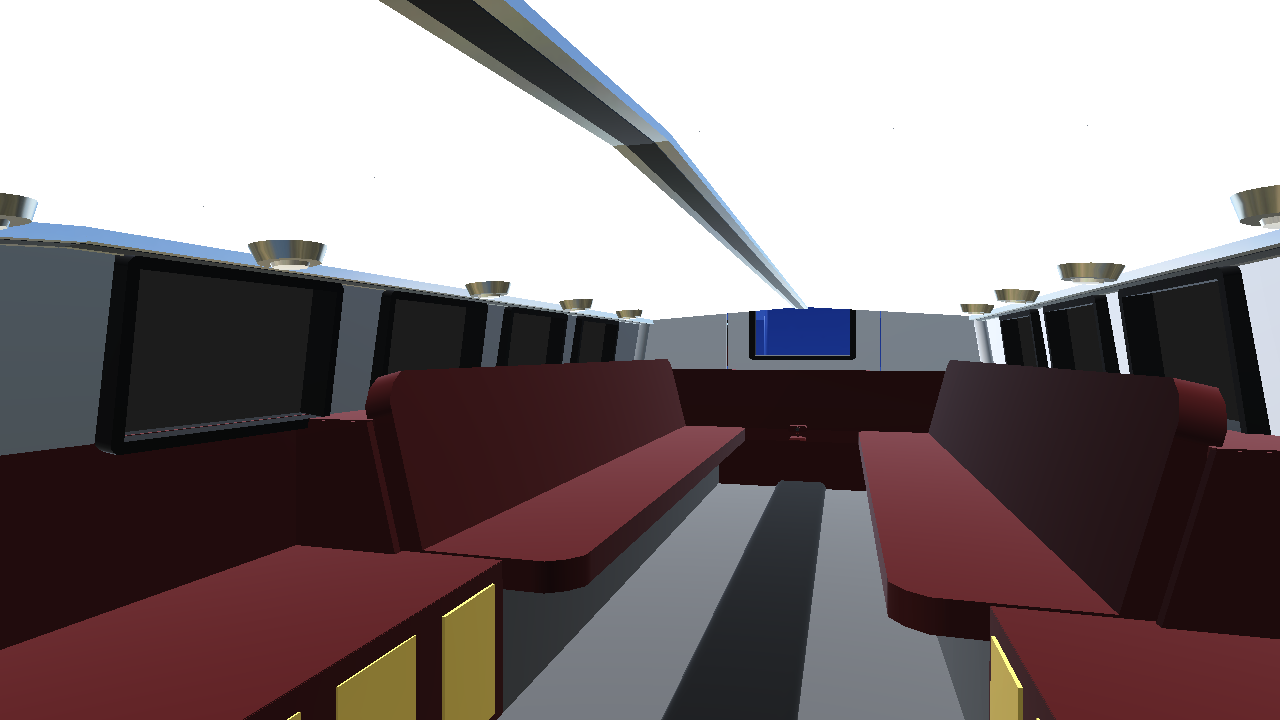 Zil's 49061 (Passenger carrying version) and 4906 (for recovery of Soyuz spacecraft or Zil 2906 screw driven vehicle) were released in 1975 to replace the earlier PEU amphibious vehicle. 12 were made of the 4906 variant and 16 of the 49061 with production ending in 1991.
This is my 2nd Soviet Amphibious truck that i've completed and my 2nd attempt at the BlueBird as I lost all my builds to ssd failure.EpicPigster1 helped in so many ways to get this finished including stopping it exploding when you spawned it (which would have meant game over for this build) and helping get it to boat better, tested it out (multiple times), fixed the wheels glitching out and so many ideas that are here on the final build were his - Epic you are a god amongst men, may my 2nd born be named in your honour (there's not a 1st born yet but I think I already have given them your name in honour of a previous time you helped)

High physics only or explosion will occur

It's got working steering, accelerator and brake pedal, Gauges, opening hatches on front and rear cabins, also working reverse light and turn signals thanks to Freerider2142. The switches in the cab move when you select an activation group and there are indicator lights on the dash, folding steps and rotating spotlights on the roof and my first moving gear selector. I've added separate cameras around the vehicle - Cam1 is front cabin facing forwards and Cam2 is rearward facing in the rear cabin...I hesitate to call the wipers working but they do kind of function (they were a nightmare to set up) I hope you like it and if you were waiting for it from my Trucks need a tag video sorry for the delay

Controls
AG1 headlights
AG2 open all hatches (rear door handle moves as it opens)
AG3 turns on land propulsion and steering
AG4 turns on rear wheel steer
AG5 swings the rear steps over (use landing gear to lower them)
AG6 turns on water propulsion and steering
AG7 activates wipers (are these a simpleplanes meme?
AG8 turns off rear cabin lights
Pitch on land/Throttle on water to go,
Yaw to steer
*I've non collisioned the rear ladder so it doesn't hit the rear bulkhead but to make it more realistic i've put the fold down function on landing gear - to open ladder AG5 first then landing gear, to put ladder away landing gear first then AG5
funky trees formula for directional indicators and reverse light thanks to this post Input -> abs(clamp(Roll, -1,0)) - for Left (or Down if pitch)
Input -> abs(clamp(Roll, 0,1)) - for Right (or up if pitch) - you'll need to change roll to yaw if you use yaw steering and make sure it's typed exactly as above or it won't work It's what's inside that counts Did someone say swimming? 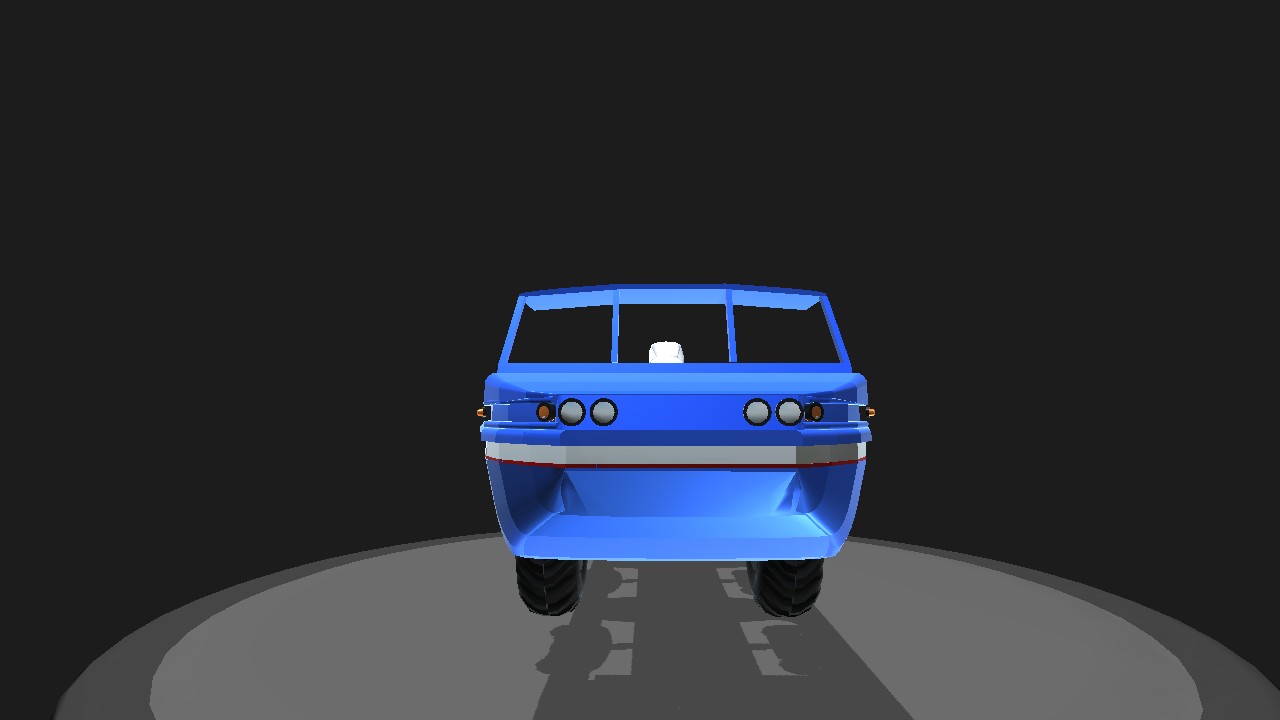 can you see the resemblance to below? luckily it actually wasn't a huge problem to fix it 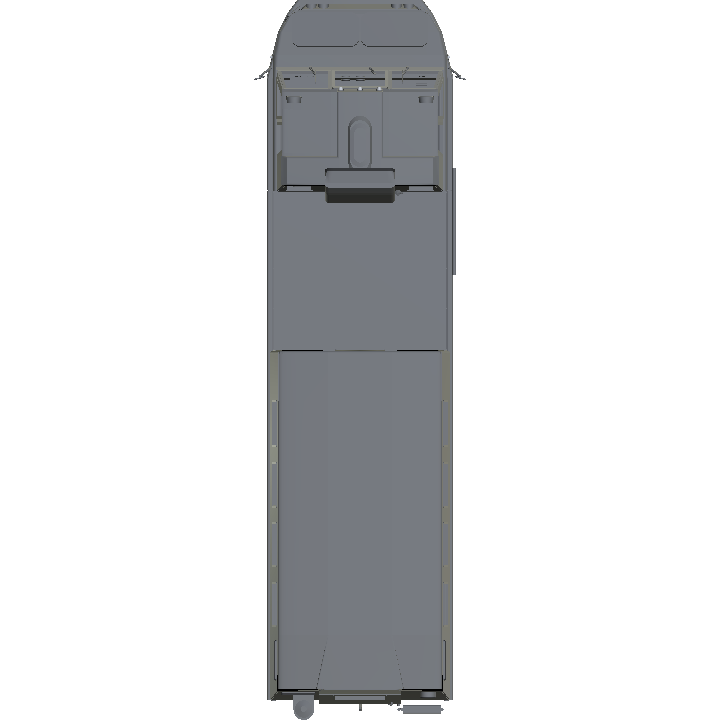 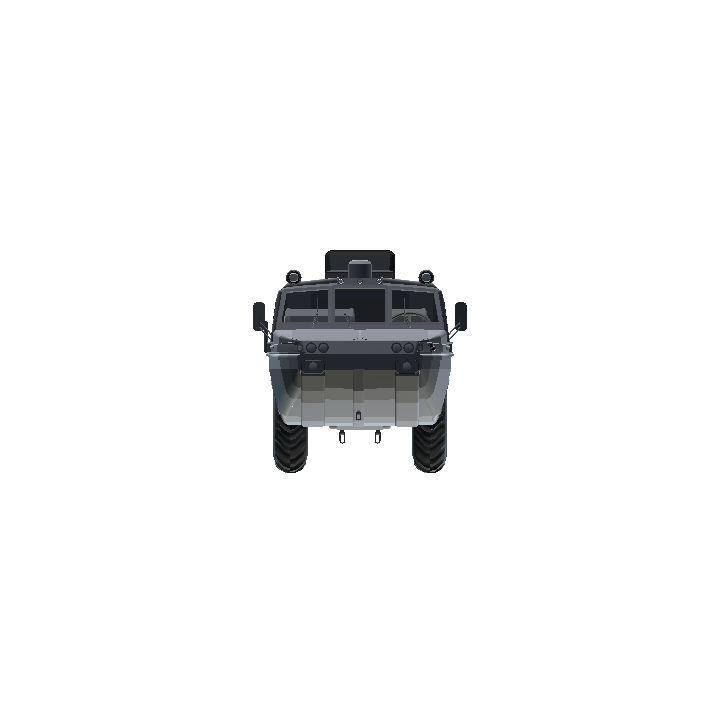