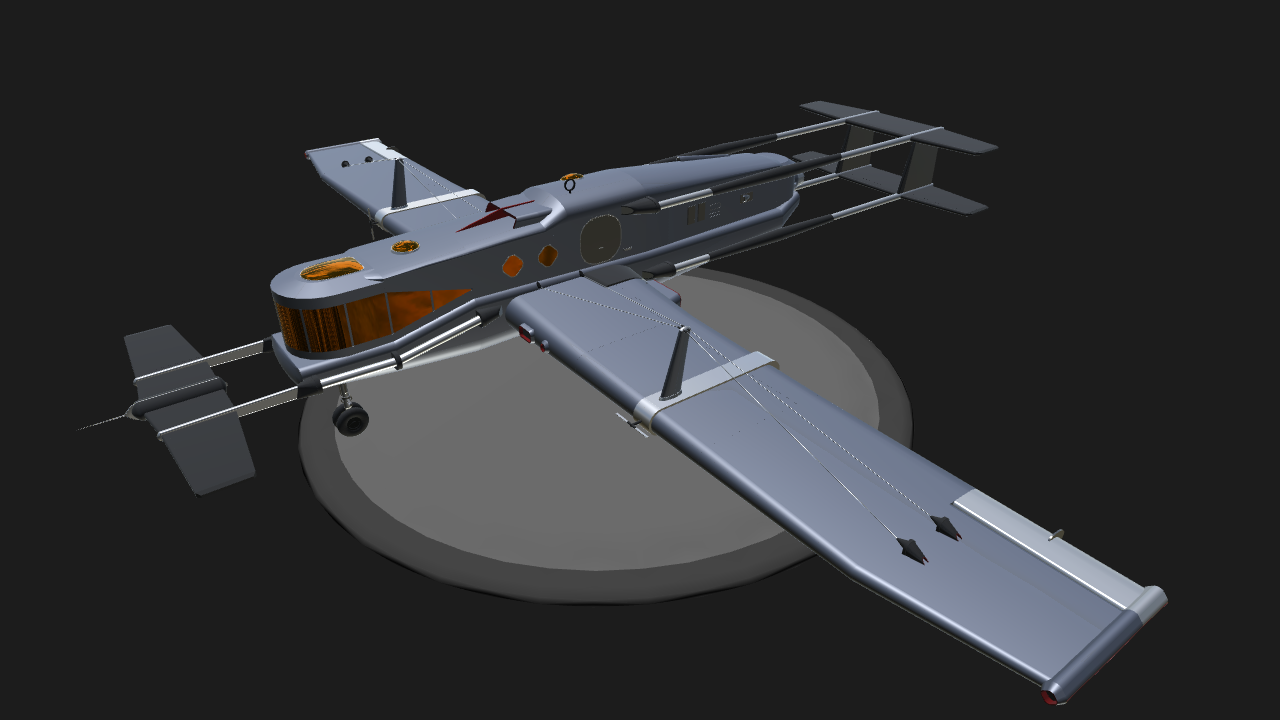 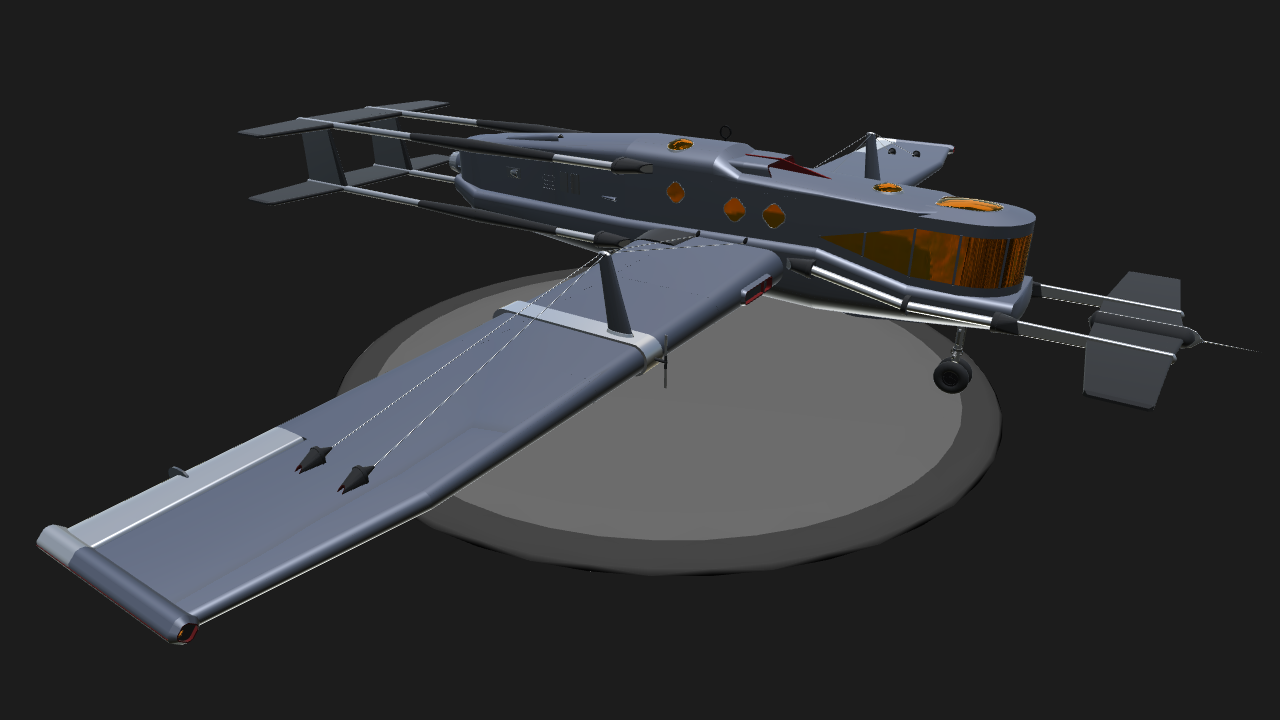 His Majesty's Aircraft “Silent Witness” carries out reconnaissance missions that include photography, ELINT and SIGINT as well as providing radio links between friendly forces and home bases. The craft's low-noise power plant enables almost silent flight at low speeds to avoid detection by ground troops. In addition to normal elevator trim, the front canards are fitted with additional flaps for take-off and low-speed trim.

Take-off: VTOL down fully to set take-off flaps then apply full throttle: The craft will self-launch at 185mph. Once airborne, adjust flaps or elevator trim for required climb then raise undercarriage.

Taxiing: AG1 to enable steering, then low throttle and yaw. 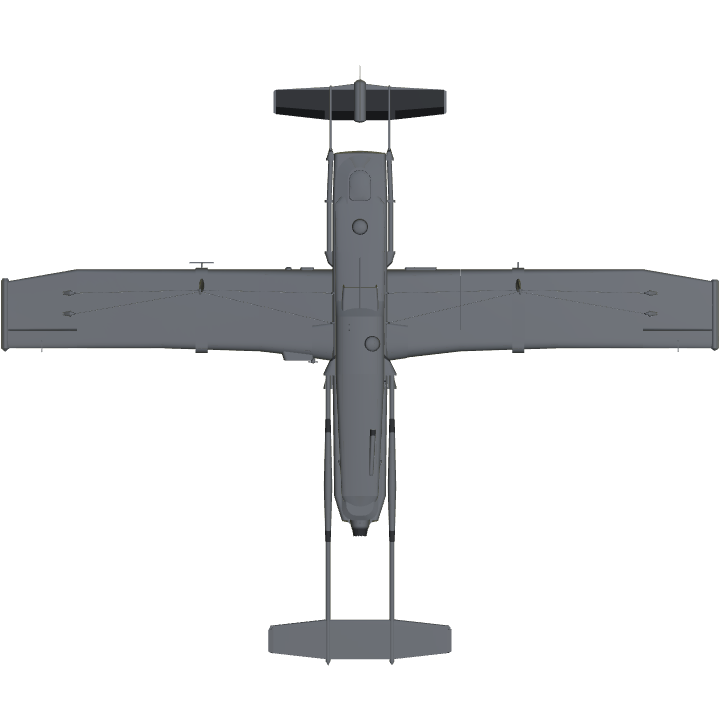 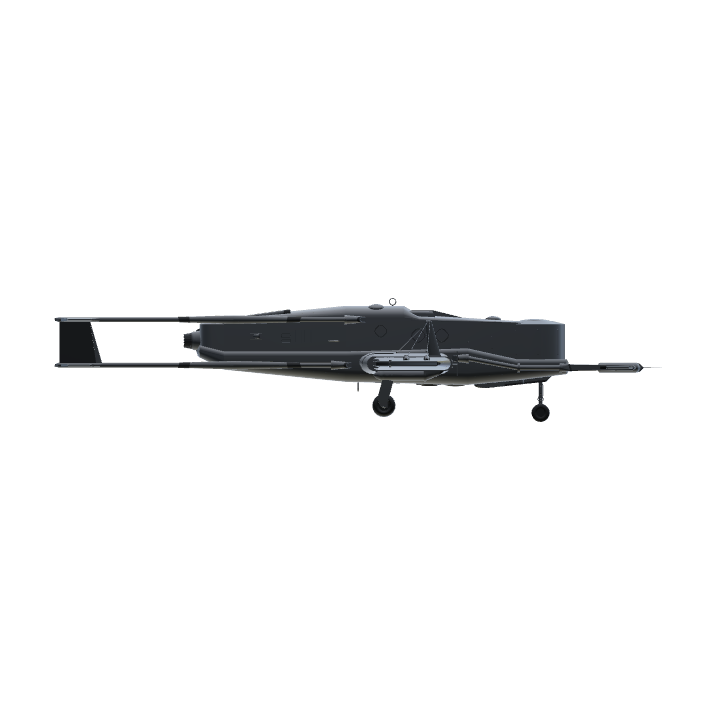 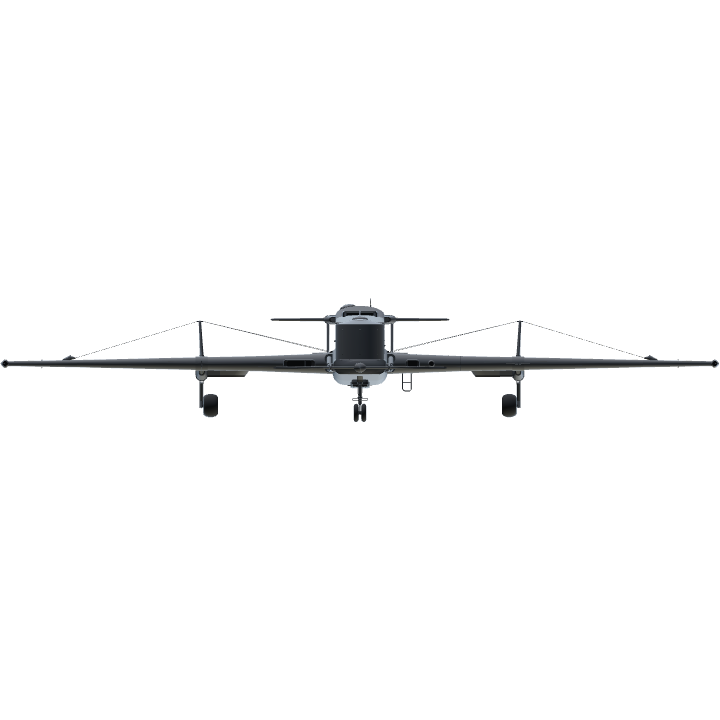