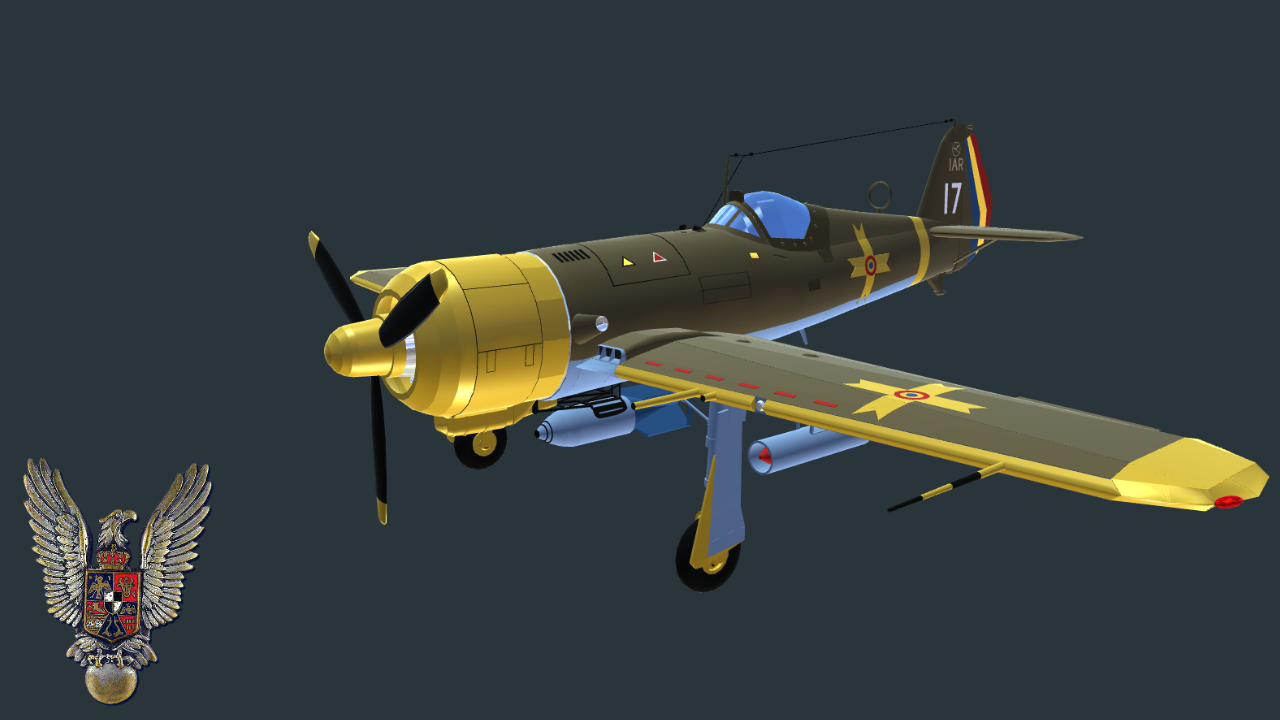 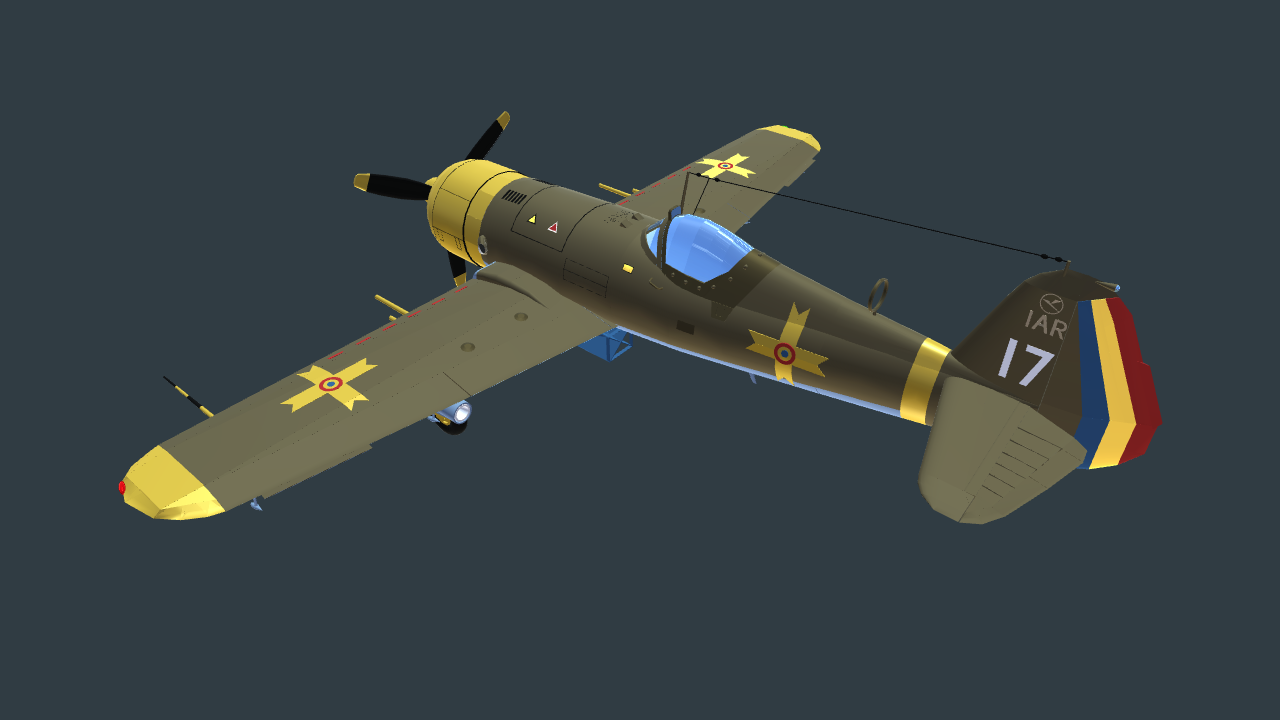 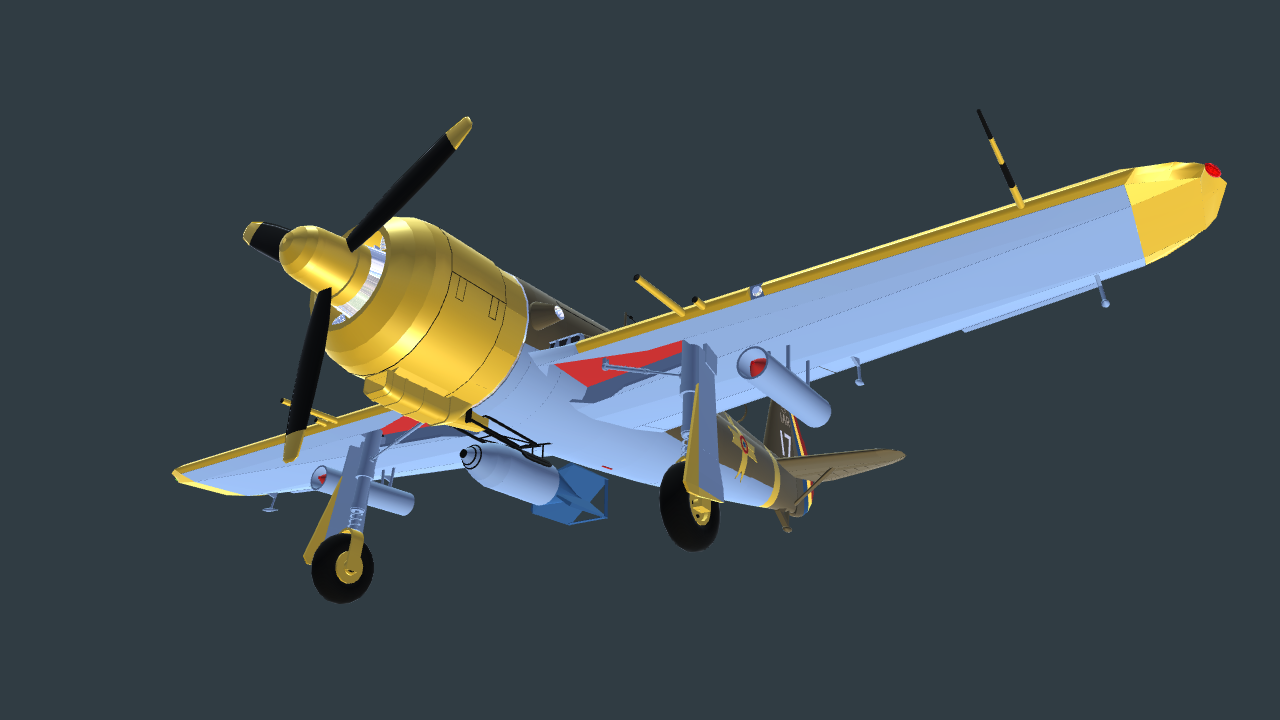 [New update changed how custom weapons work, so actiongroup 99 no longer deactivates the weapon. HERE IS THE FIXED VARIANT!]

This is the plane that ruined P-38 day over Ploiesti oil fields. (Story). Despite both sides account on kills/loses (influenced by propaganda), grandpa (who was part of the ground crews) told me that truth was somewhere in between. P-38 was inferior at low altitude to IAR-80 and Americans never repeated that dive-bombing mission profile. 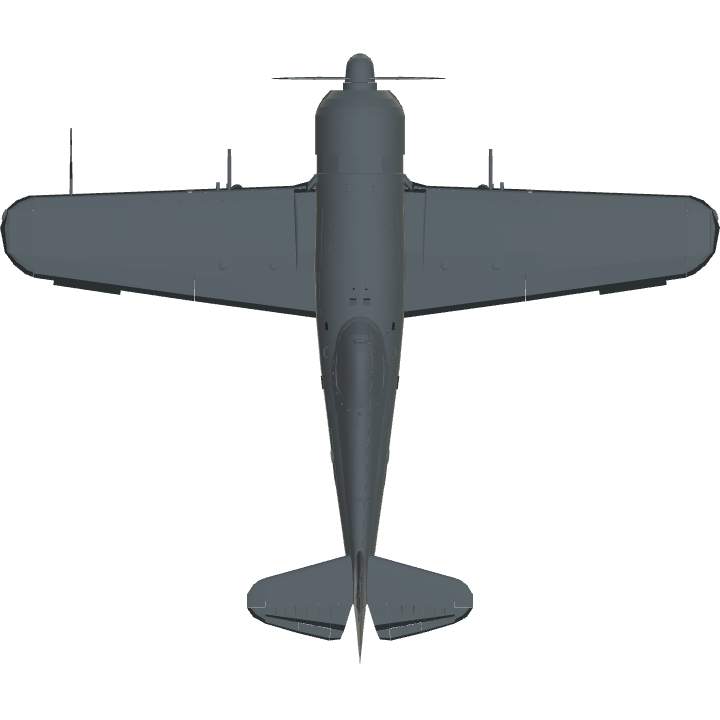 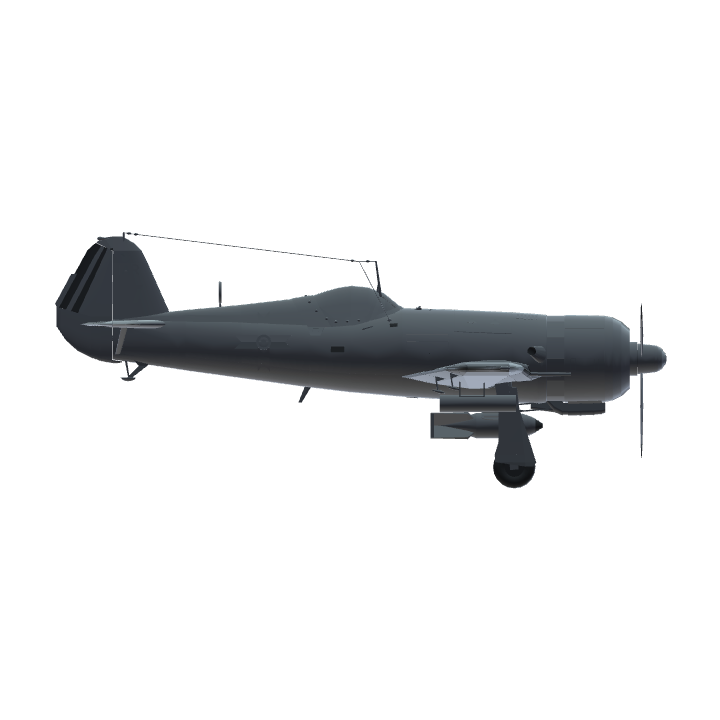 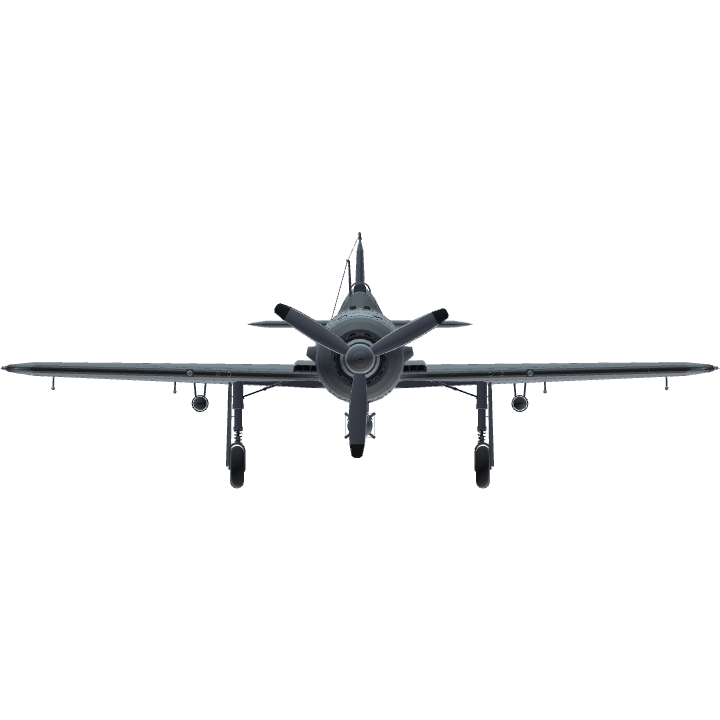