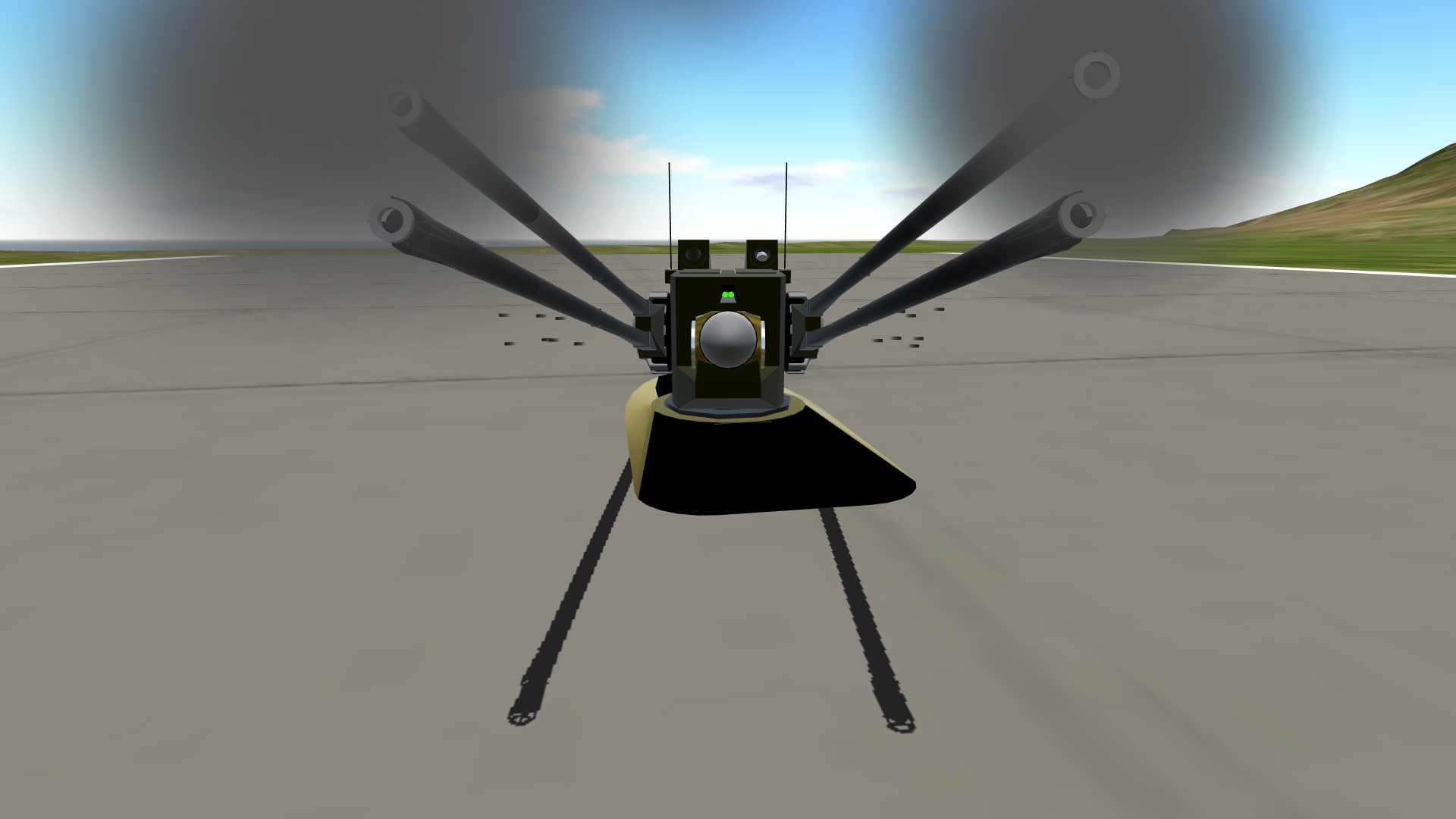 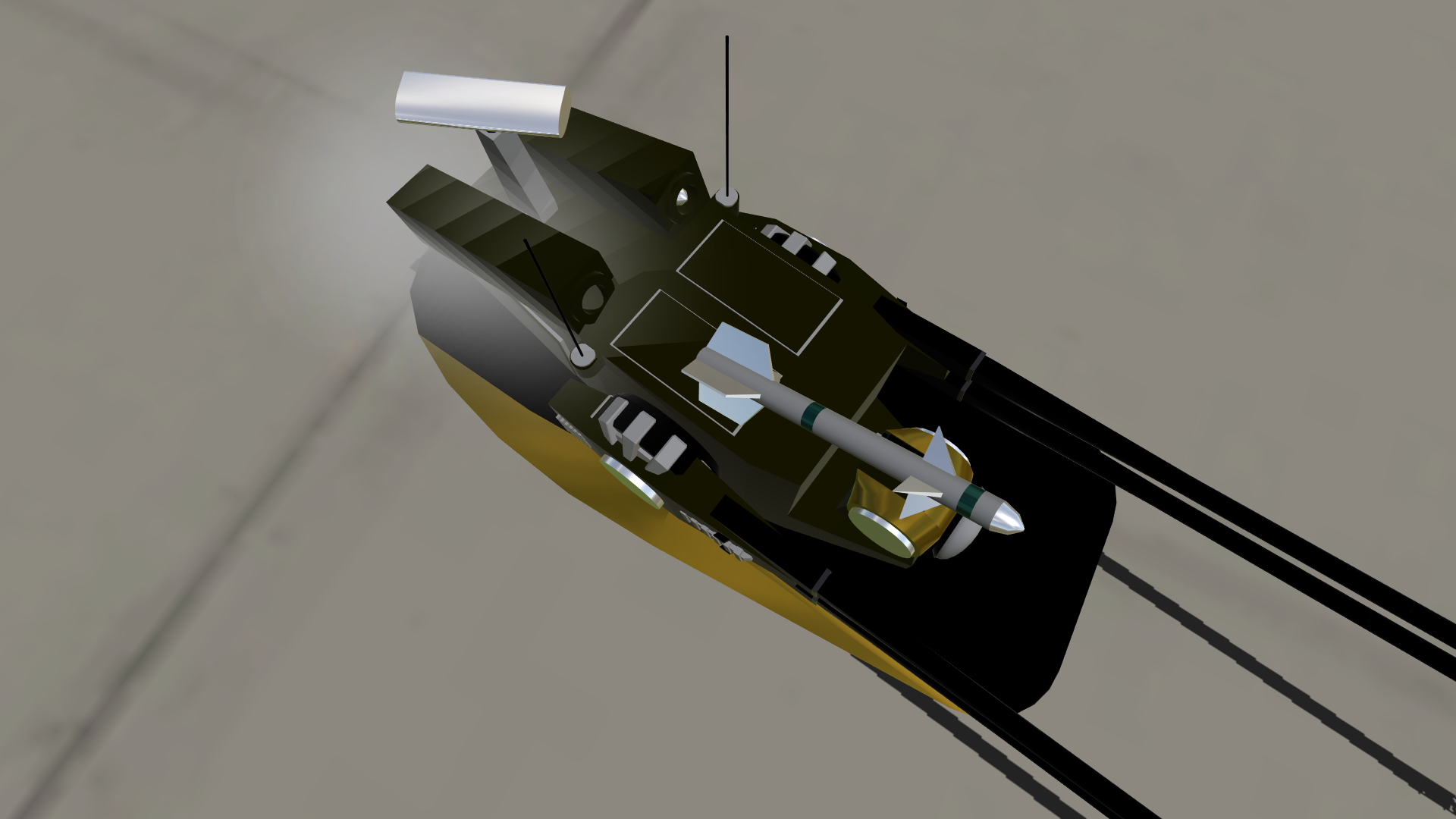 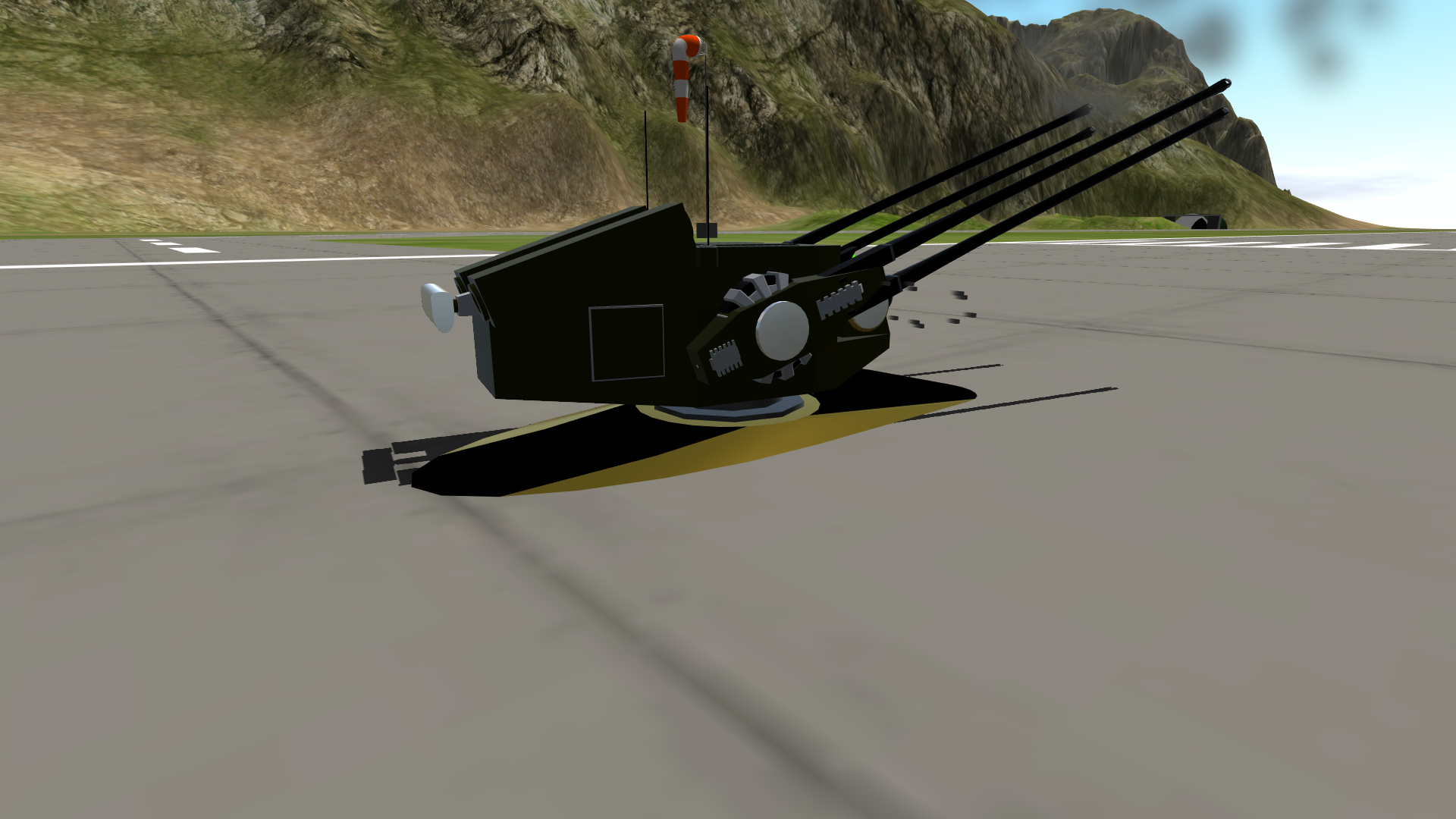 “A shield of fire and lead, well maintained.”

Controls:
AG1: RADAR mast and missiles
VTOL for turret traverse, Trim for elevation
It is strongly suggested to use Slow Motion Mode when aiming (for more precise controls)

Overview:
The Sapience Tech “Sweeper” is a compact remote-controlled/automated (depends on the setting and installation) air-defense system developed to fit the niche of short-range air defense – boasting a quartet of quick-firing 40mm autocannons and a duo of SAM missiles, any enemy flyer that entered a 6-kilometer radius from the Sweeper will be quickly swatted out of the sky.

Background:
Modern armies faces a myriad of airborne threats: from rockets to mortar bombs, from anti-tank missiles fired from a few miles away to cruise missiles fired from hundreds of miles away, from heavily armed helicopter gunships to stealth attack drones, the threat of the feared “death from above” requires an effective counter.
In order to address this problem, engineers in Sapience Tech crammed four 40mm autocannons into a compact frame, with two missiles on the back of the turret to engage targets currently not engaged by the guns and/or out of gun range. All of these is then combined with a fire control system that utilizes such a variety of tracking methods that it is all but impossible to lose its target – the missiles, homing on the target using both types of radar guidance, might still lose its target from enemy countermeasures; the cannons, using the integrated fire control system and a proximity fuze, won’t.
One of the most prominent features on this air defense system is its cannons: the AMC-1-40 “Pounder” Mk. II chain guns. Those cannons use caseless ammunition fed by a disintegrating-link belt and is capable of achieving a rate of fire of 750 rounds/min and a muzzle velocity of 1275m/s, granting them unprecedented lethality at a range up to 6 km – the longest among all contemporaries.

Inspiration:
What will happen when the German Flakpanzer Gepard and the Japanese Type 87 SPAAG had a child, who then decided to carry even more dakka and missiles, while keeping a lower profile than both of them?
(The front radar dome/gun director is inspired by the Gepard, while the rear radar mast is inspired by the Type 87 SPAAG; the elevation mechanism of the guns is somewhat inspired by both, given all SPAAGs featuring the Oerlikon GDF cannons have practically the same elevation mechanism.) 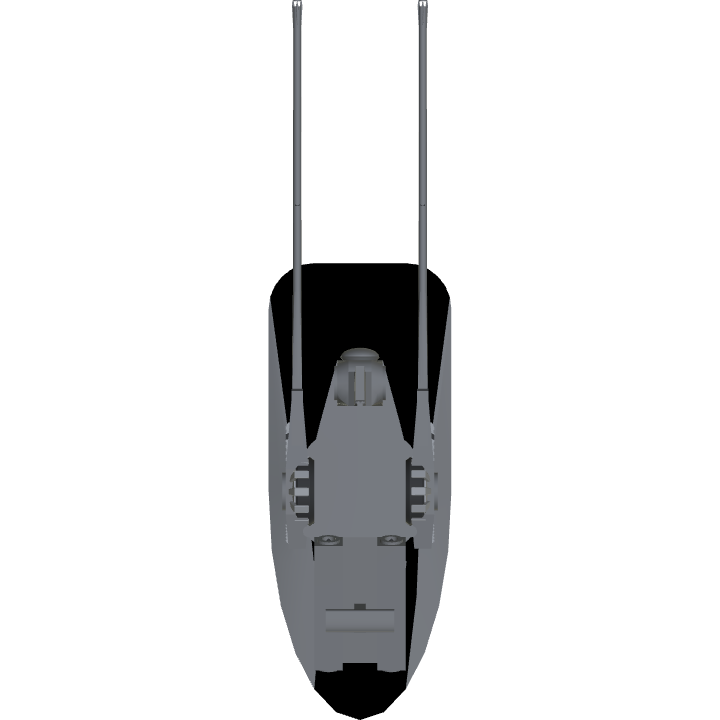 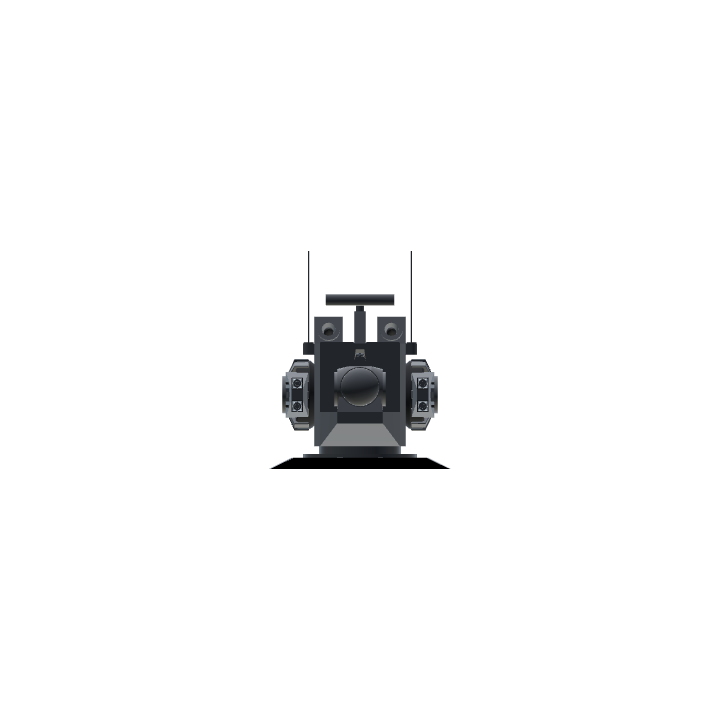