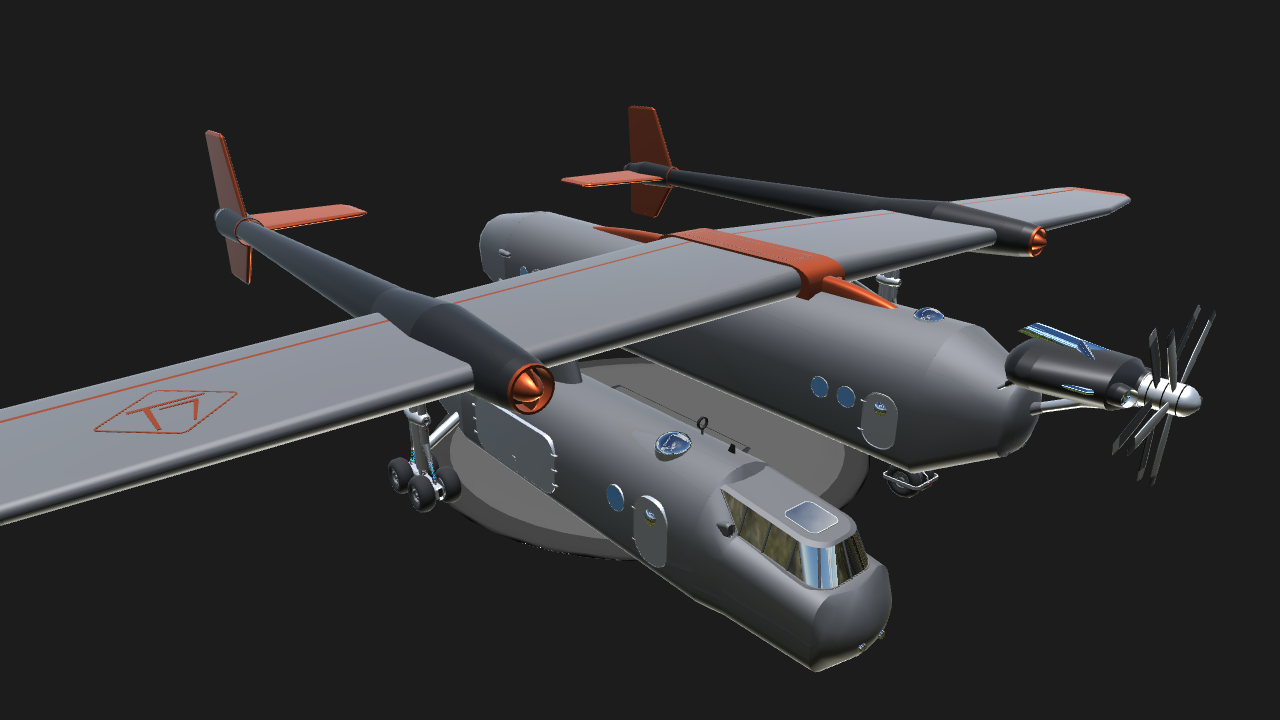 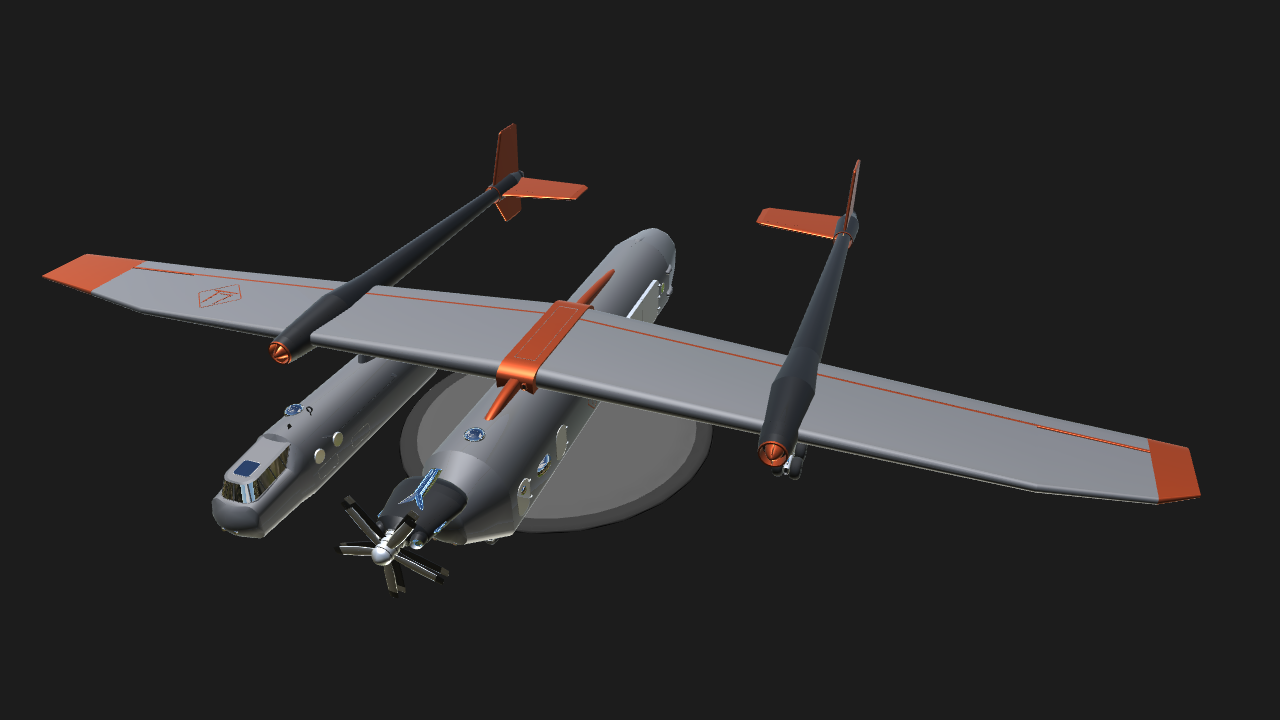 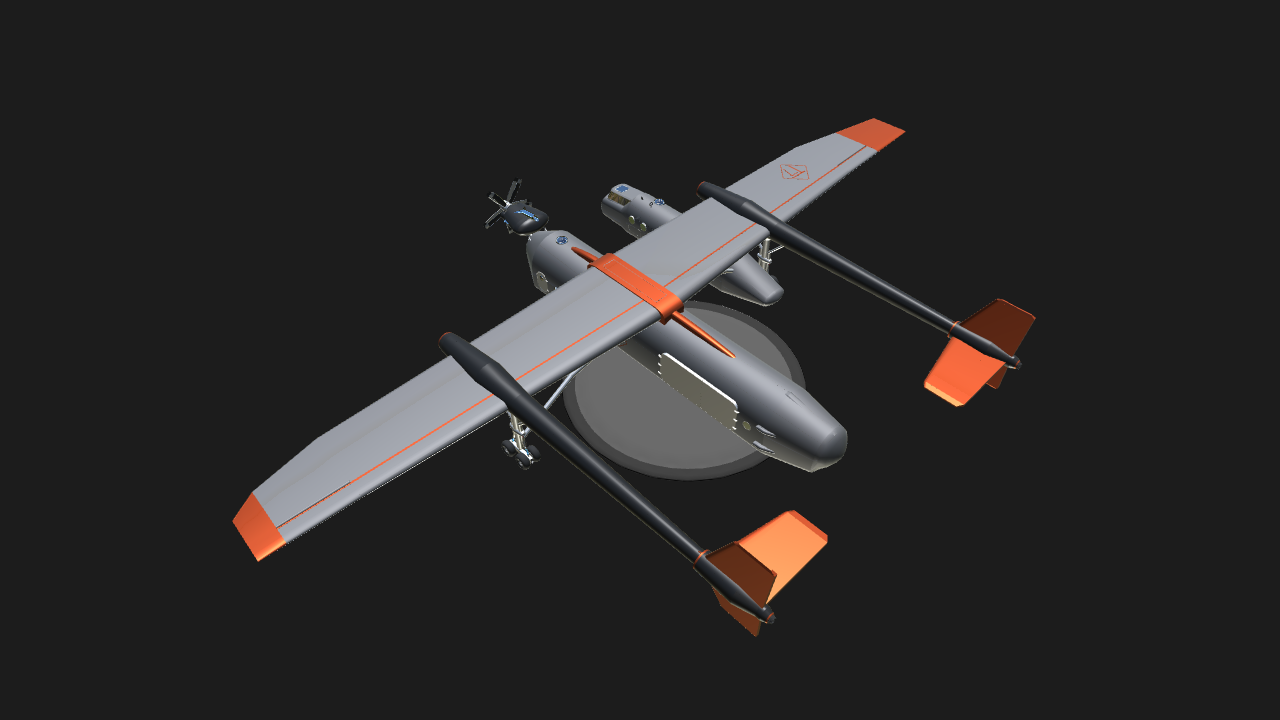 Take-off: AG1 on, VTOL fully down for flaps. Apply full throttle and rotate at 120mph. Once airborne, VTOL centre. Adjust throttle and trim to suit. Without rotating, the craft will self-launch at 190mph.

Landing: Use 20% throttle for final approach (flaps not required). Maintain 20% for landing flare then cut power when wheels touch.

Taxiing thrusters: AG1 off, AG2 on. Use pitch for forward and reverse, use Roll for front wheel steering.

His Majesty's Aircraft “Northern Progress” provides vital long range, heavy cargo transport; serving outlying bases with large loads carried in the central cargo hold and smaller items in the Flight cabin. Built by Tillman Fabrication from 2 salvaged airframes, the craft's powerful engines and robust fixed undercarriage enable it to operate from short, un-prepared air-fields. The craft has been assigned to the 7th Transport Wing and will operate in the Tundra region.

While building the folding ramp, I invented several new swear words! I kept the movements slow to emulate real life so please be patient, or use fast forward. The master cockpit is on the centre fuselage so the wheels are centred on the runway when spawning. Lost count of how many rotators and hinges I used in this! Hopefully I got the slow, lumbering handling about right. It's a freighter not a fighter! 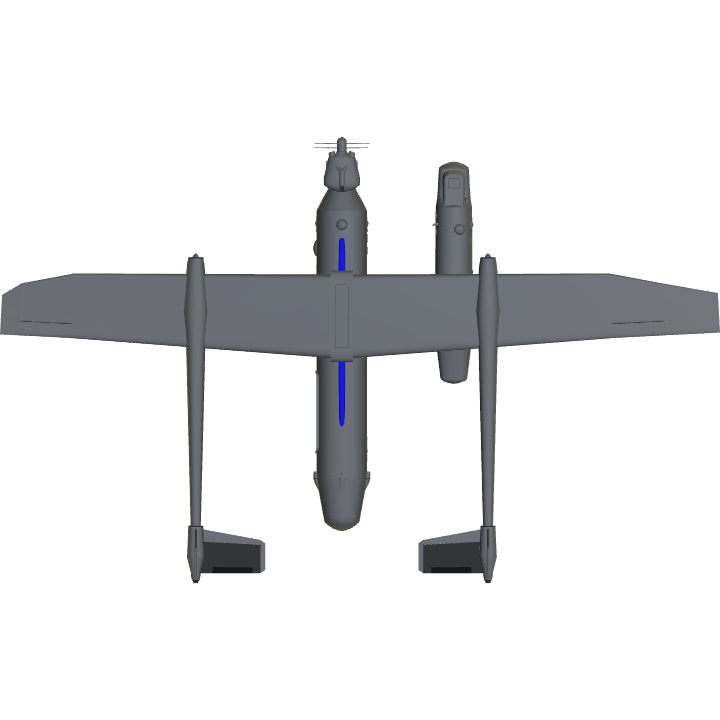 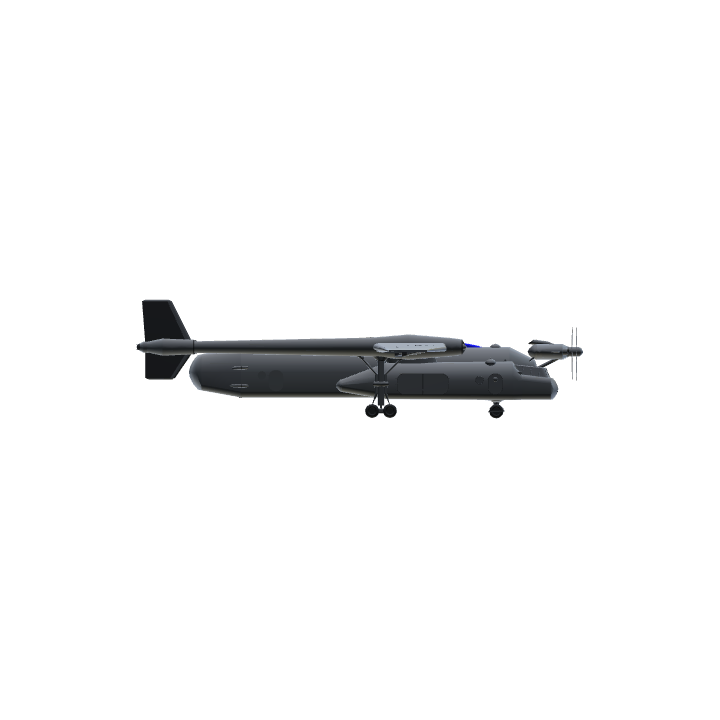