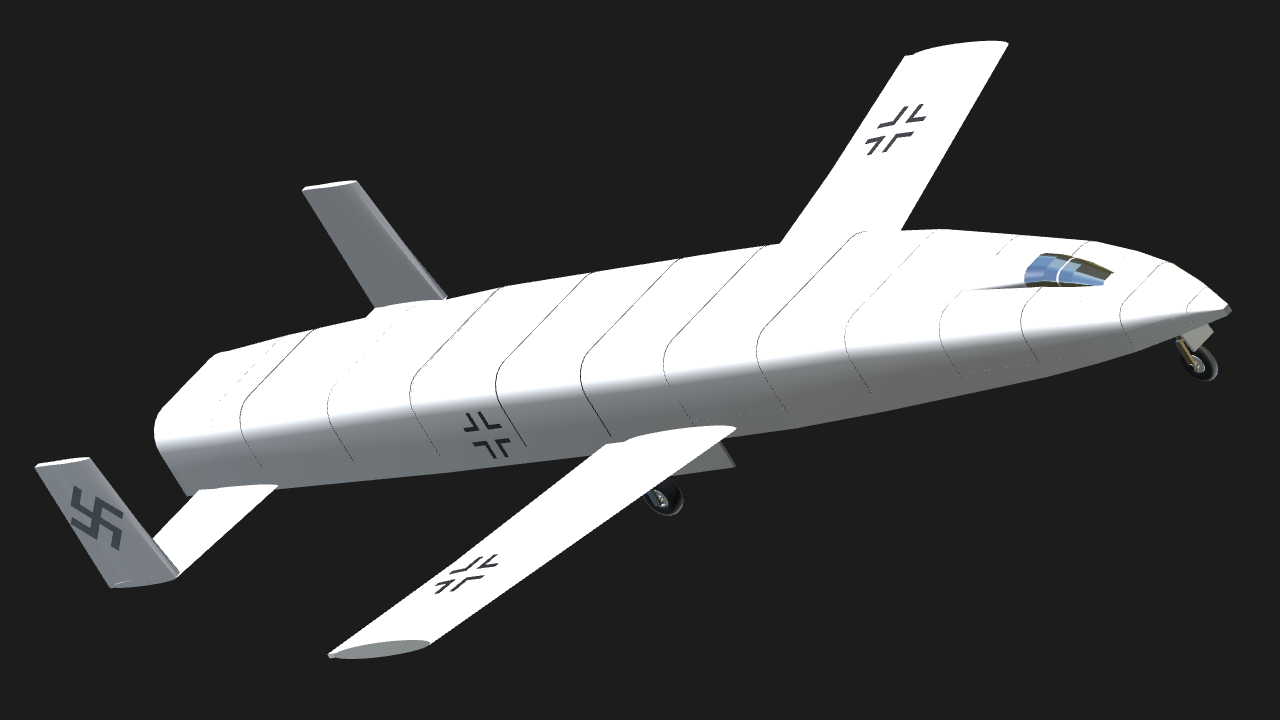 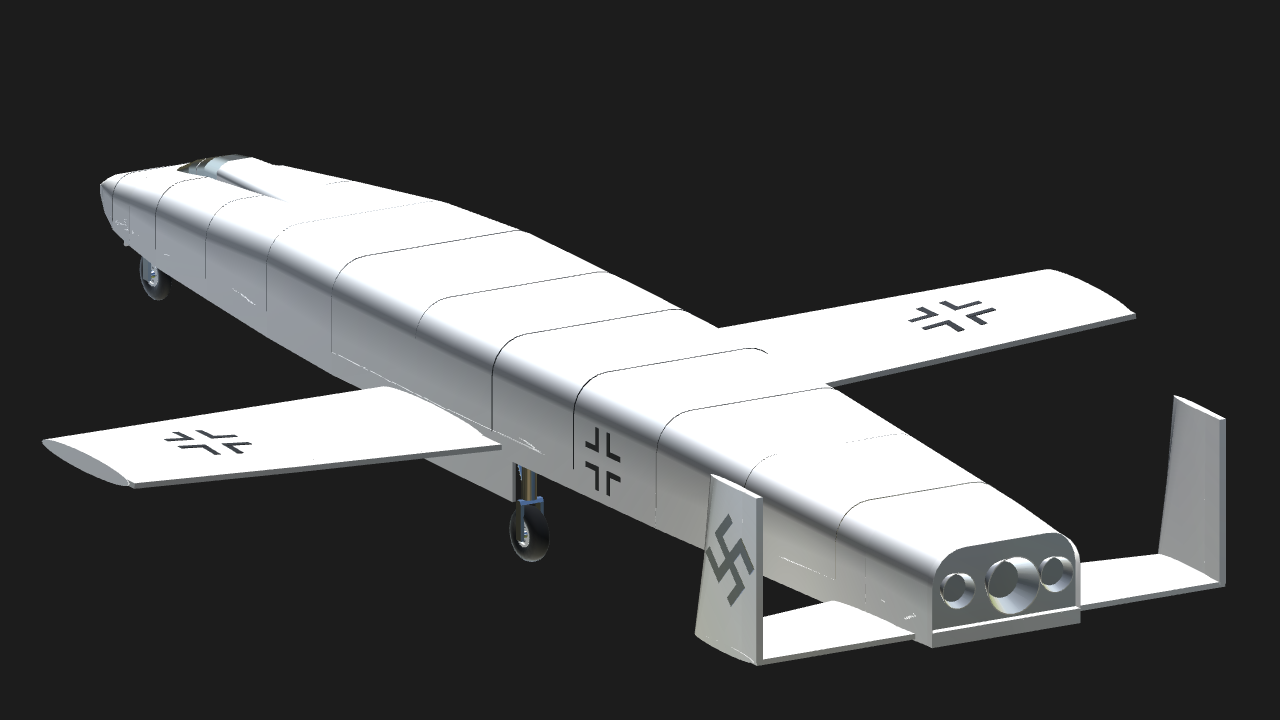 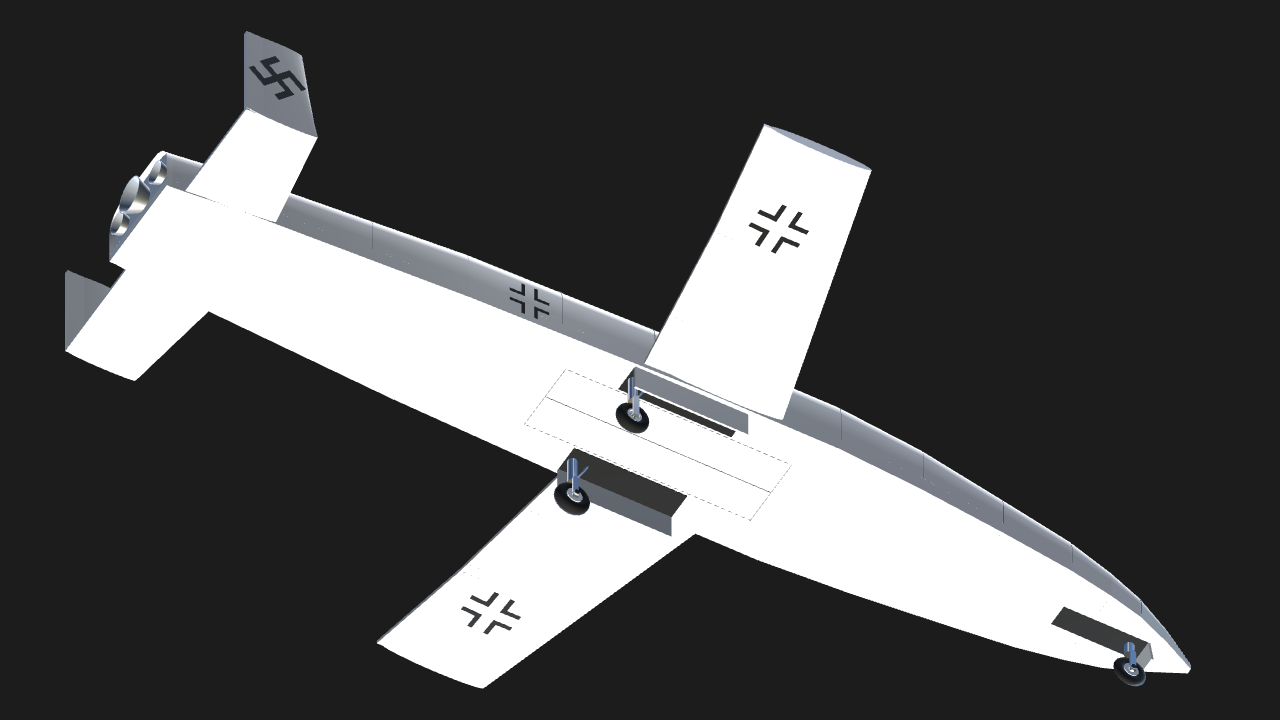 •Description of the aircraft

This aircraft is a space bomber planned by Nazi Germany for an attack on the Allied side during World War II.

CG image of the planned aircraft

The aircraft was planned to move out of the atmosphere at speeds of up to 5,000 km / h and launch a nuclear attack on the Allies from "space."

Silverbird flying over the United States

But,although realistic assumptions were not made about the structure and operation, it ended with only the plan, but the concept that winged spacecraft can utilize the atmosphere and maneuver like an airplane at low altitude attracted attention.

1.This plane can move at high speed using a rocket motor.

Silverbird taking off. In the actual plan, it was planned to accelerate with catapult, so it will be reproduced at a later date.

2.Further acceleration is possible with the boost of the main engine!

You can start the main engine with "AG1" and accelerate it further with boost.

Targeting and bombing can attack your opponent more effectively.

4.Glide and land on the base

You can decelerate while gliding and land at the base.

We hope that you will enjoy this aircraft. 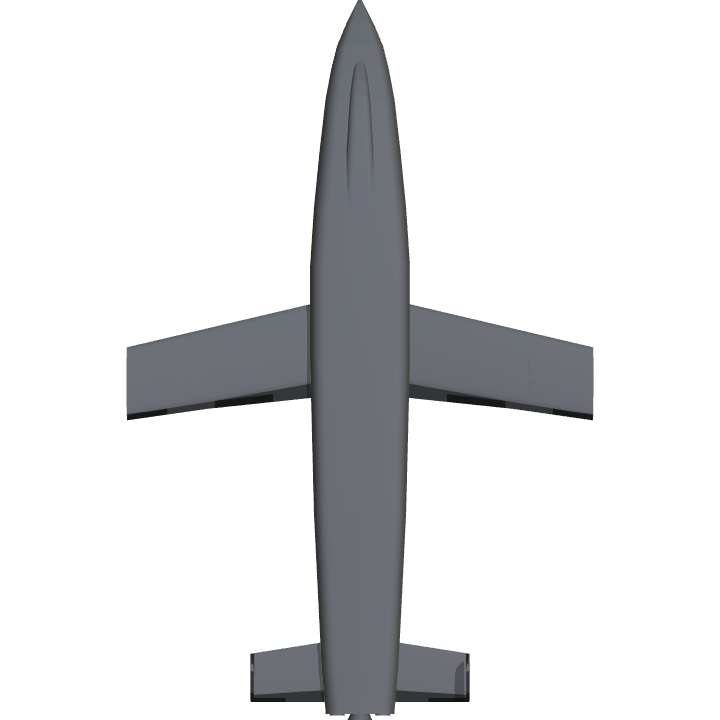 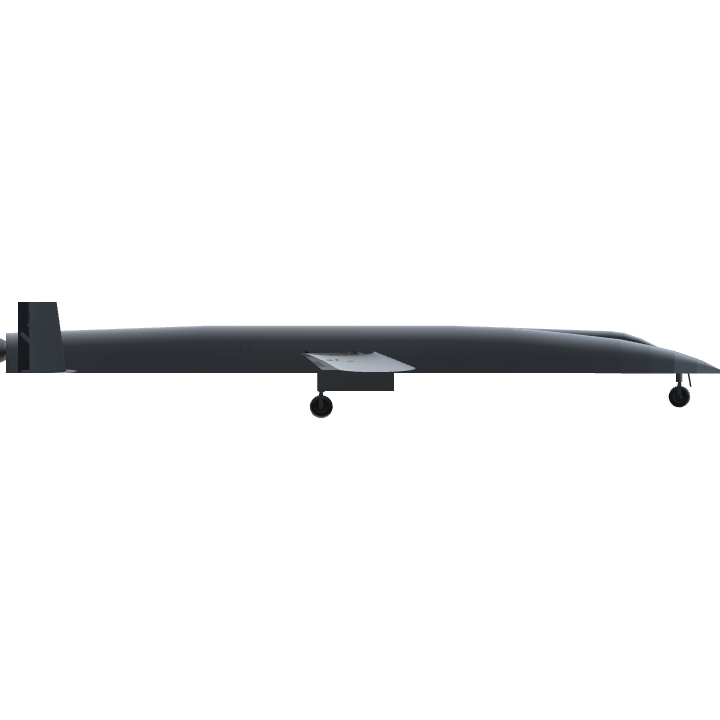 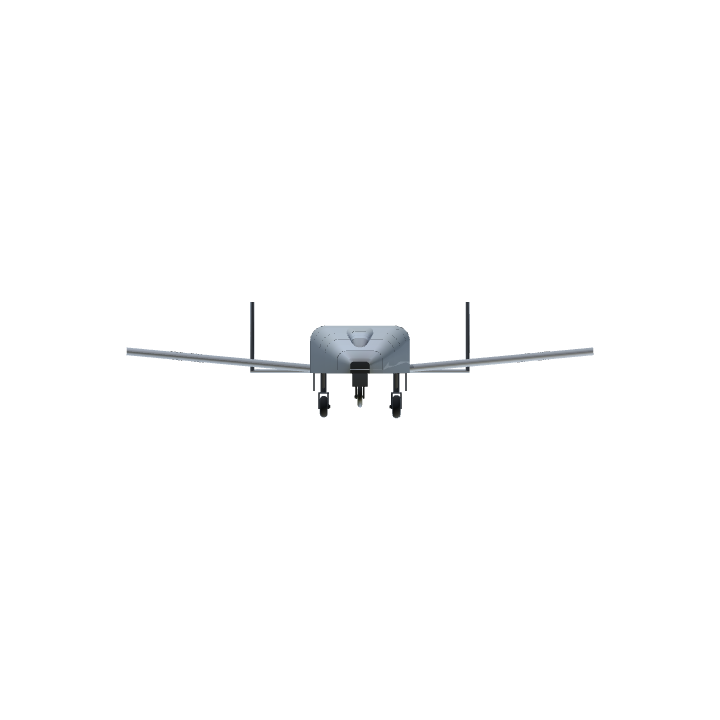