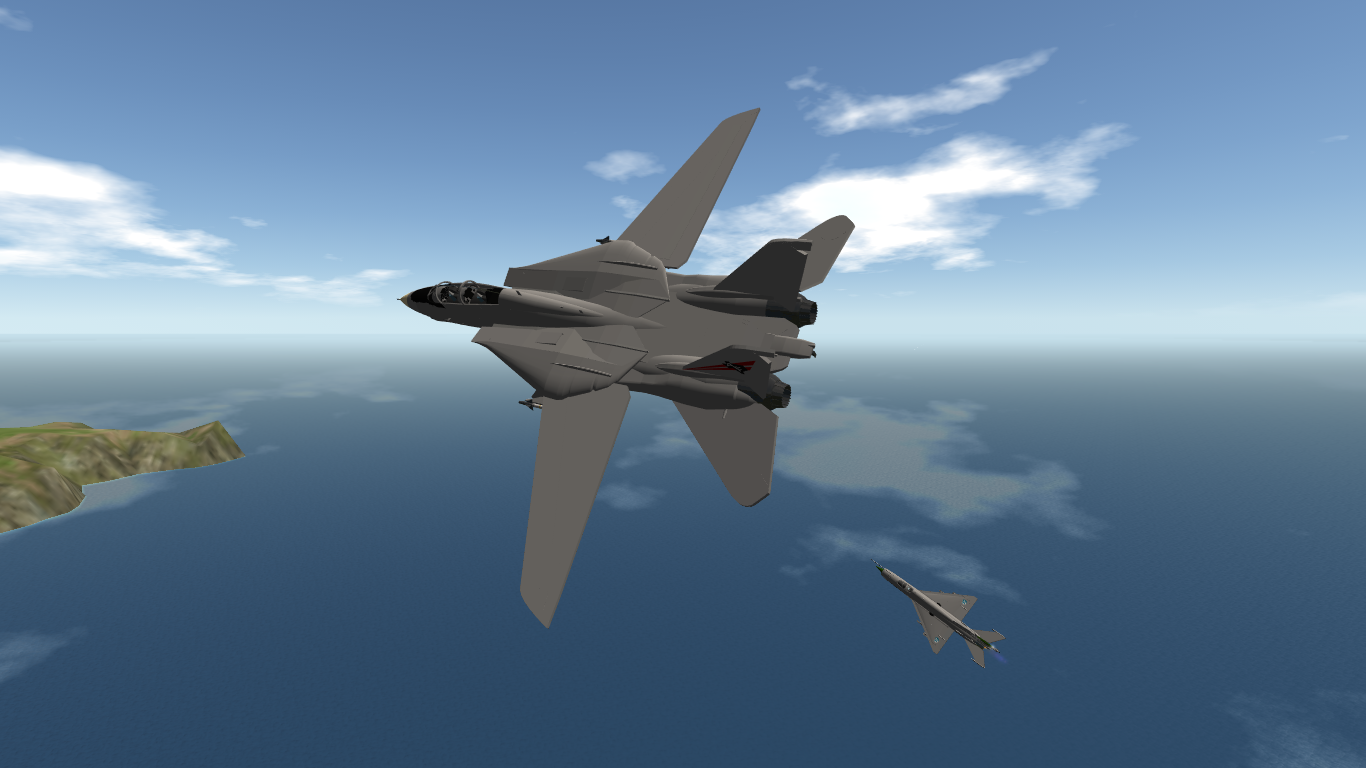 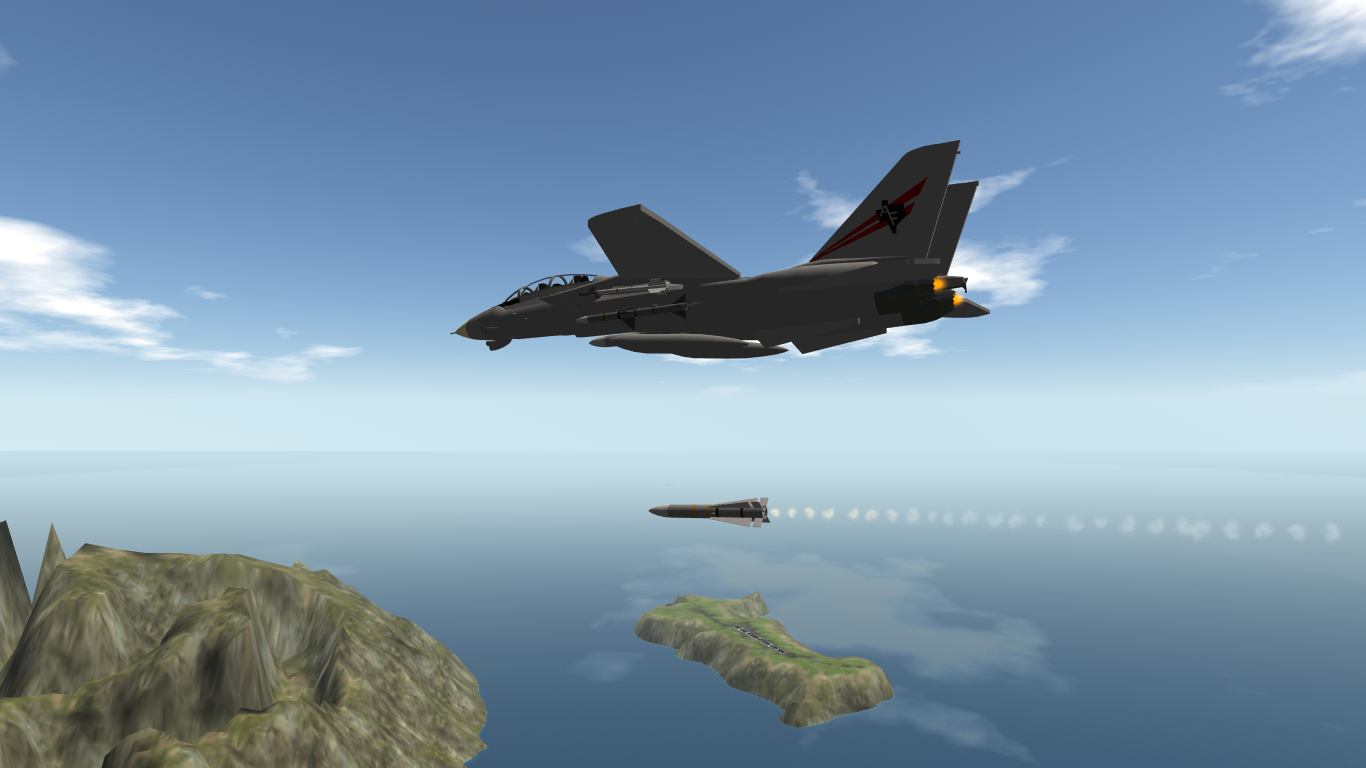 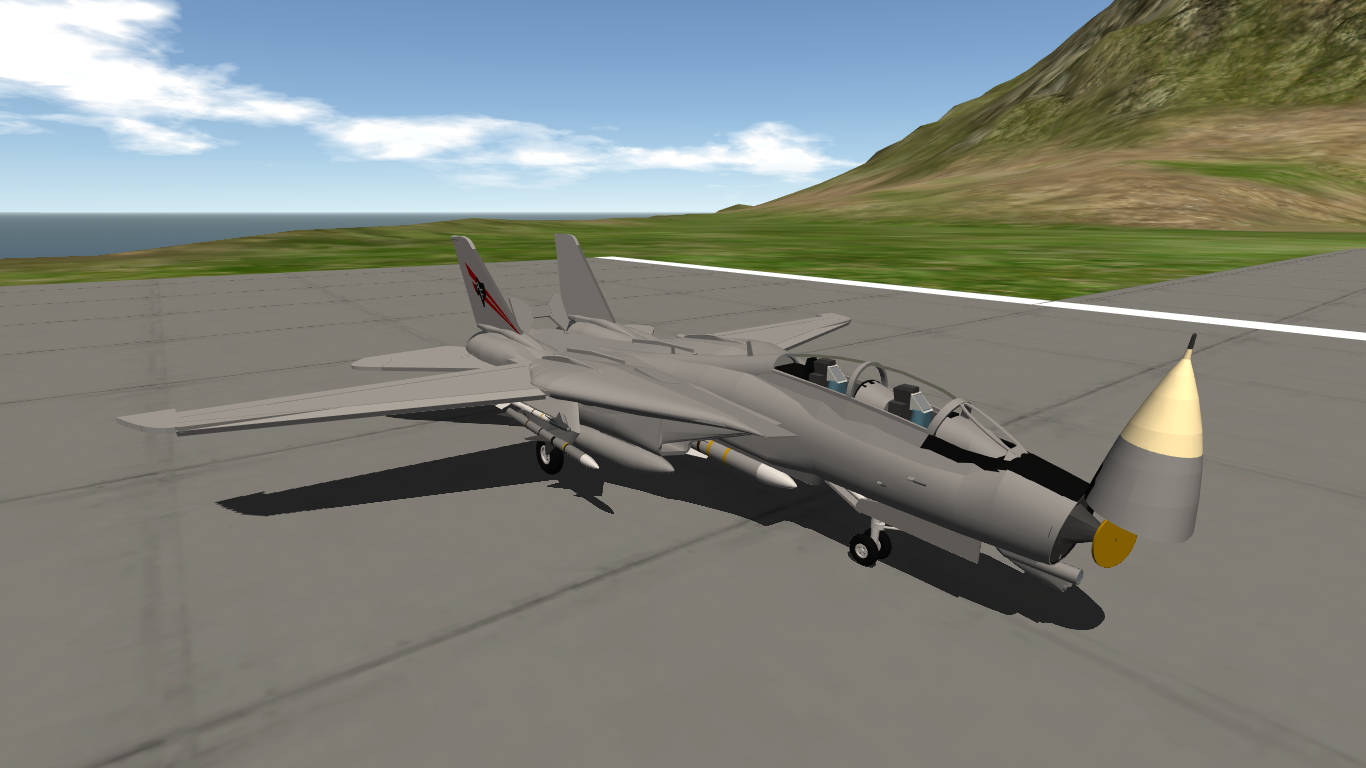 Long description again but I haz lots to say about this build so sorry.

Short Background of the F-14A

The F-14A is the first variant of the Tomcat to enter service with the U.S. Navy, having been certified for operations in 1973 and first seeing action during the American evacuation from Saigon in 1974-1975. While often considered the first of the Generation 4 fighters and first in the "teen series," it is most certainly a fighter built on 1960's technology. It is a twin-seat, twin-engine fighter-interceptor with dual vertical tails, all-moving tailerons, full length trailing edge flaps and leading edge slats, and famously the variable geometry swing wing. Designed and built as a successor to the failed USAF-USN joint F-111 project the Tomat's main role is a fleet defense interceptor and air superiority fighter; to this end the aircraft was designed around the capability to wield the mighty Hughes AIM-54 Phoenix missile and its AN/AWG-9 pulse-doppler radar. Powered by two Pratt & Whitney TF30-P-414 turbofan engines the Tomcat could fly at Mach 2.34 in a clean configuration, with a power/weight ratio of 0.56 at maximum takeoff weight.

While a capable aircraft that has proven its worth during both Gulf of Sidra shootdowns, the Gulf War, and Iraqi Freedom, the TF30 has proven a source of much discontent and accounts for roughly 28% of all accidents in the F-14. The engine's tendency to stall at high altitude, low speed, and high AoA forced pilots to restrict the sort of flying they could perform - an issue not corrected until the introduction of the GE F-110 engine. However the F-14A perhaps remains the most famous model of the Tomcat thanks to its use in the 1980 film The Final Countdown and of course 1986's iconic Top Gun. The last F-14A's were retired sometime in 2003-2004. To say the F-14 is a darling of military aviation is a massive understatement.

This example is painted in a transitional all-grey early 80's paint scheme and bears the red stripes and T E X A S emblem of VF-201 "Hunters," a reserve squadron that flew the Tomcat from the mid-late 70's until 1998 when they swapped to F/A-18 Hornets. It is configured for a typical patrol mission with two 1,010L drop tanks, two AIM-54A Phoenix, two AIM-7F Sparrows, and two AIM-9H Sidewinder missiles.

...This is easily the most parts I've put into a build. It's also an experiment of sorts in utilizing the new Funky Tree system to automate several functions that are on the real fighter. These include;
- Swing wings. Start at neutral (20 degree), then sweep backwards through 48 degrees to full position (68 degree). Sweep starts at 538mi/hr and stops at 730mi/hr. As mentioned a 75 degree oversweep is used for carrier storage, but I couldn't get the hinge rotator to behave that way.
- Glove vanes. These were to aid in control at supersonic speed (above M1.4). Here they open in the transonic range (M1 - M1.3).
- Air inlet ramps. These slowed and semi-compressed the air as it entered the engines, preventing supersonic airflow. They activate around 700mi/hr or so.
- Landing gear retract on a delay. The main gear don't need to, but the front gear has functional doors (a first for me) which close last and open first, as they should. The main gear were gonna get doors too, but...I gave up. ._.

Anyways hope you all enjoy; I wasn't totally happy with the old F-14A after a while, so I hope this is a worthy successor to that. I may link some variations at a later time. Bye! 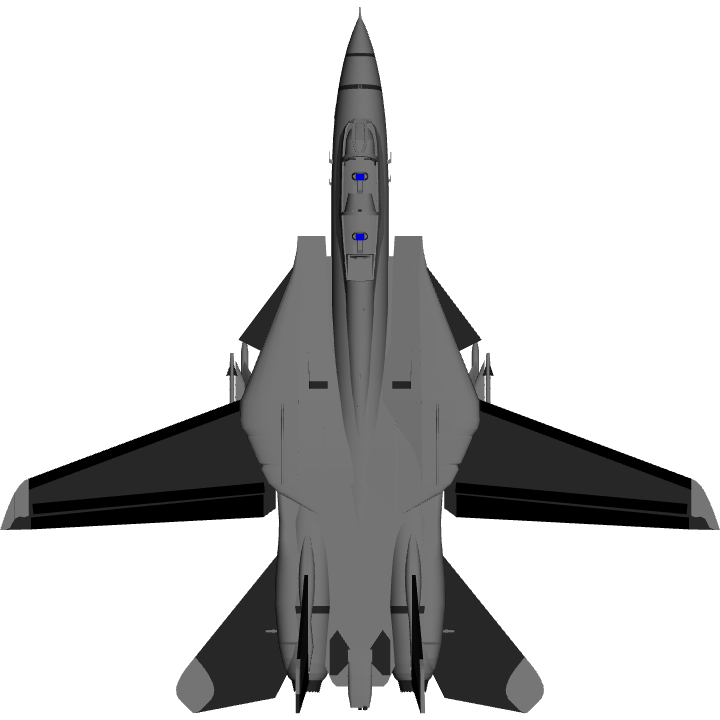 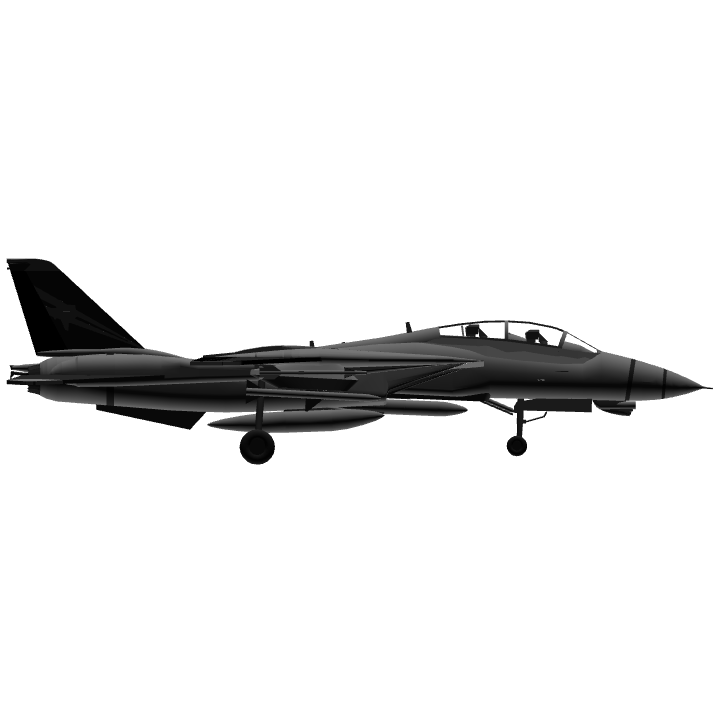