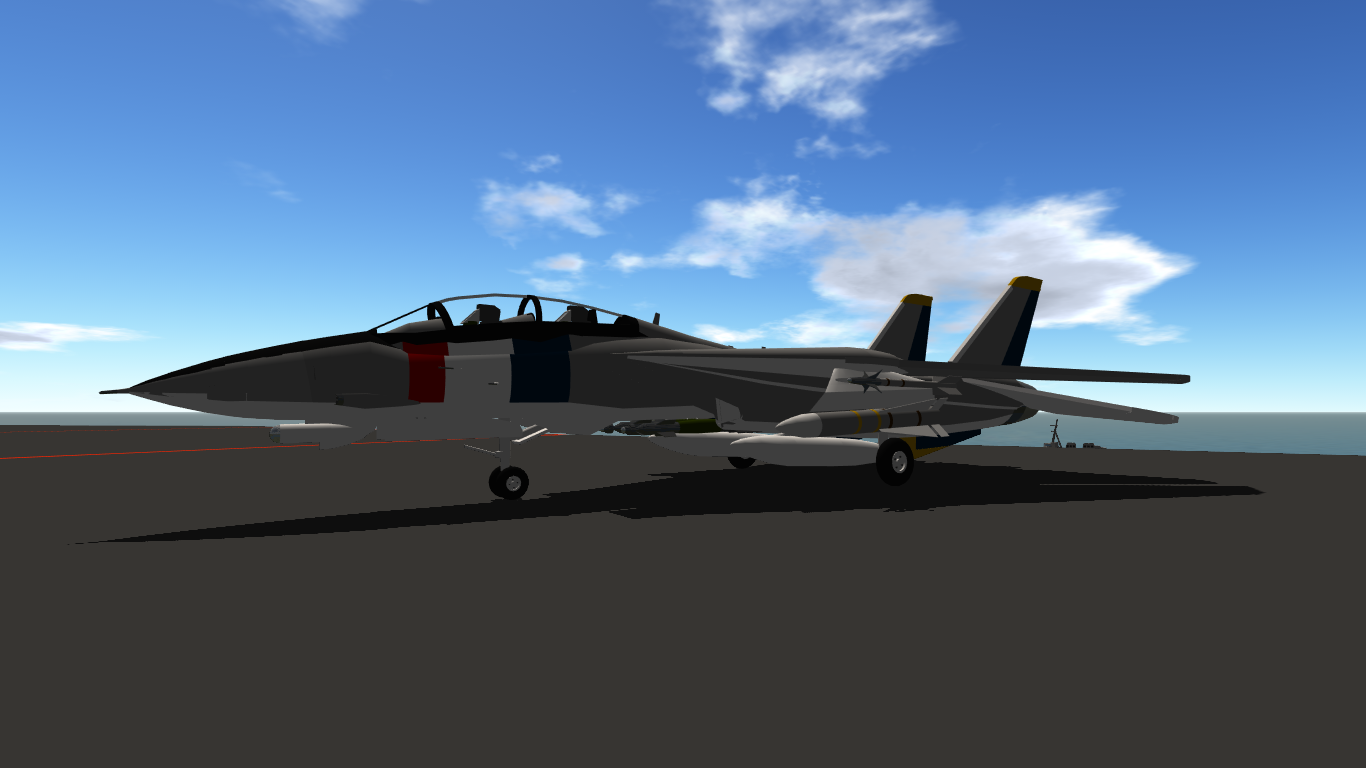 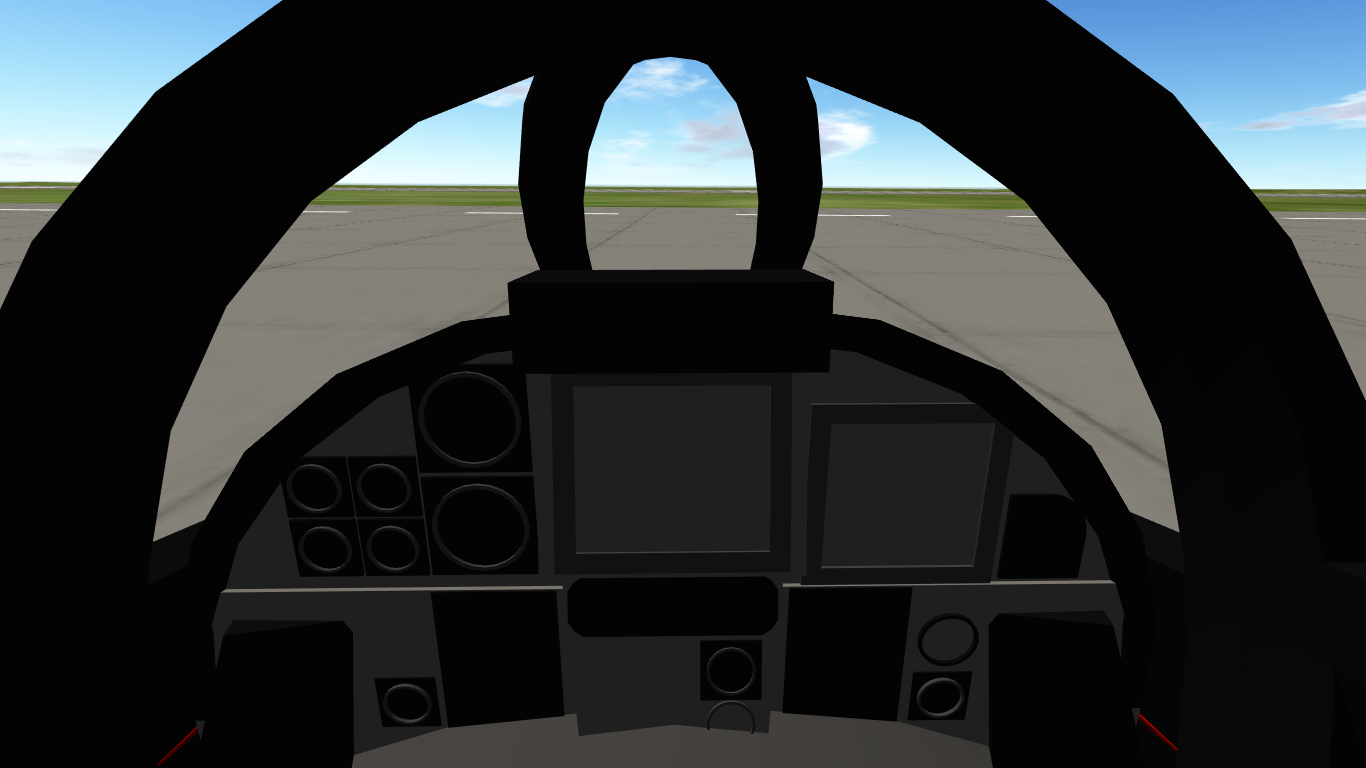 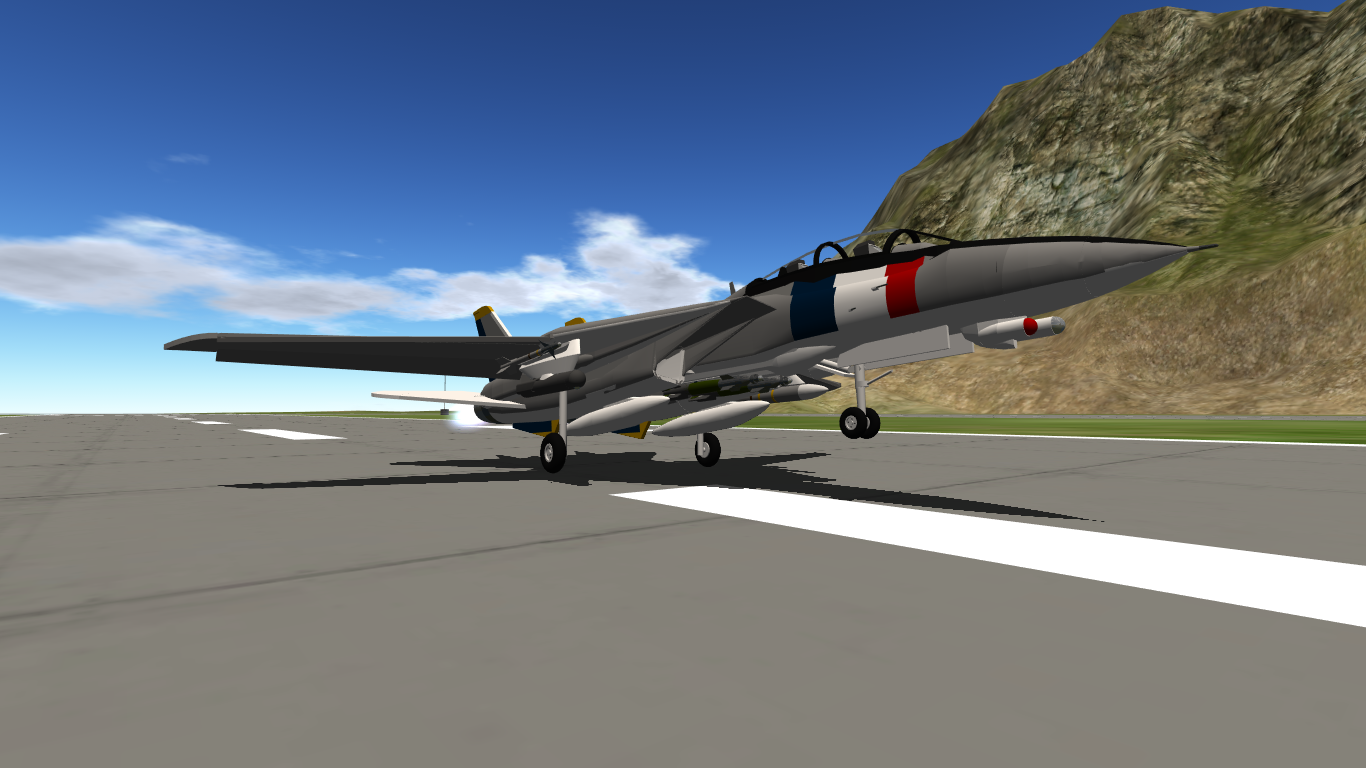 Hi. Small post to tide over until I finally finish the next plane lol. This has been planned for a while but I'm lazy and distracted a lot so...yeah. Hev fun

Built as a modernization and upgrade to the basic airframe, the F-14D "Super Tomcat" is the final evolution of the Tomcat platform and represents the most advanced version of the fighter since its introduction in the 1970's. Following on the heels of the F-14A+/F-14B the Delta boasts an all-new digital cockpit for both Pilot and RIO, IRST/TV camera module, and improved AN/APG-71 Radar while retaining the vastly superior GE F-110 engine and air-to-ground capability first introduced in the -14 Bravo "Bombcat." In addition to refits the -14D also made choice removals of outdated or redundant technology such as airbags behind the wing sweep mechanism and the glove vanes. While there were a select number of new production F-14D's built by Grumman, other Super Tomcats were converted from F-14A's that still had some life in their airframes. The last two squadrons flying the F-14, VF-31 and VF-213, were equipped with Super Tomcats when they retired their fighters in mid 2006, marking the end of roughly 32 years of service to the US Navy.

This example is based upon the 25th Anniversary F-14D gifted to Fighting Squadron 2 "Bounty Hunters" in 1996 to celebrate 25 years of the Tomcat's service; the delivery to VF-2 was symbolic as the Bounty Hunters were the unit to fly the F-14 longest at that time. Rather than the standard all-grey paint scheme the anniversary fighter returned to the 1970's high-viz grey and white pattern - though the exact fighter probably was repainted all-grey later on for combat duty. This fighter is armed with two 500lb GBU-12 Paveway II bombs, one AIM-54A (The -54C would be available at this time also), one AIM-7M in the rear, and two AIM-9L Sidewinders. The LANTIRN targeting pod is also equipped as VF-2 was one of a few squadrons to be given LANTIRN capability.

Since this is just a slight modification of my F-14A all the same funky tree statements are here. Main difference is I removed the glove vanes; by the time the F-14D came into service they were either disabled (welded shut and such) or removed altogether and the slot covered with a panel. 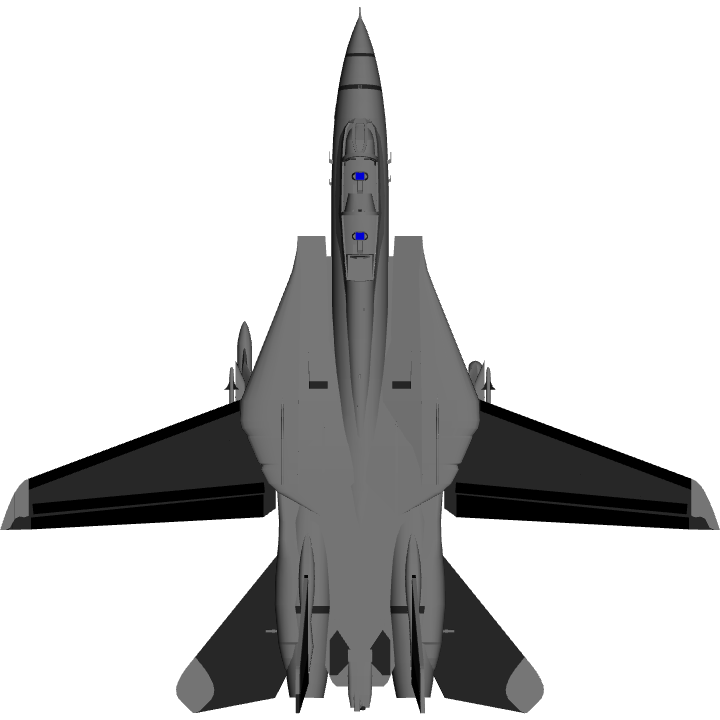 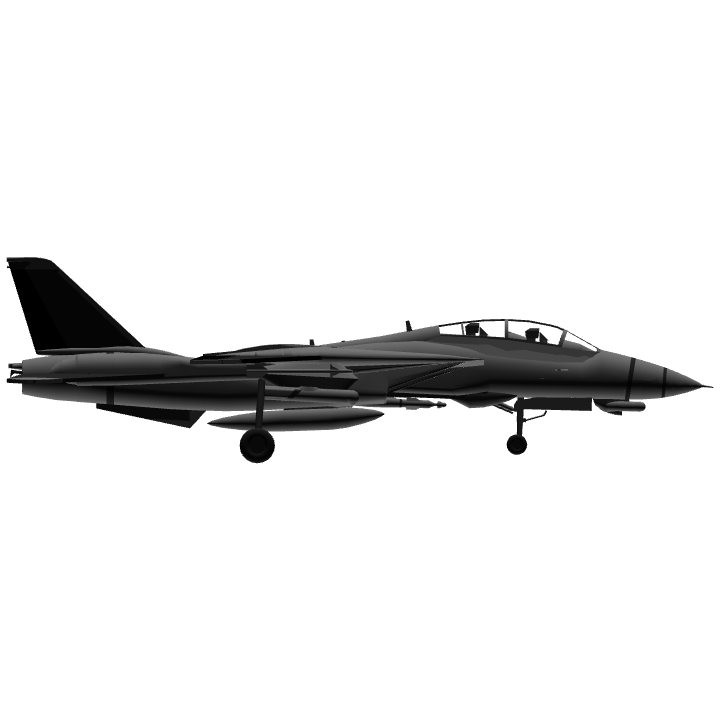 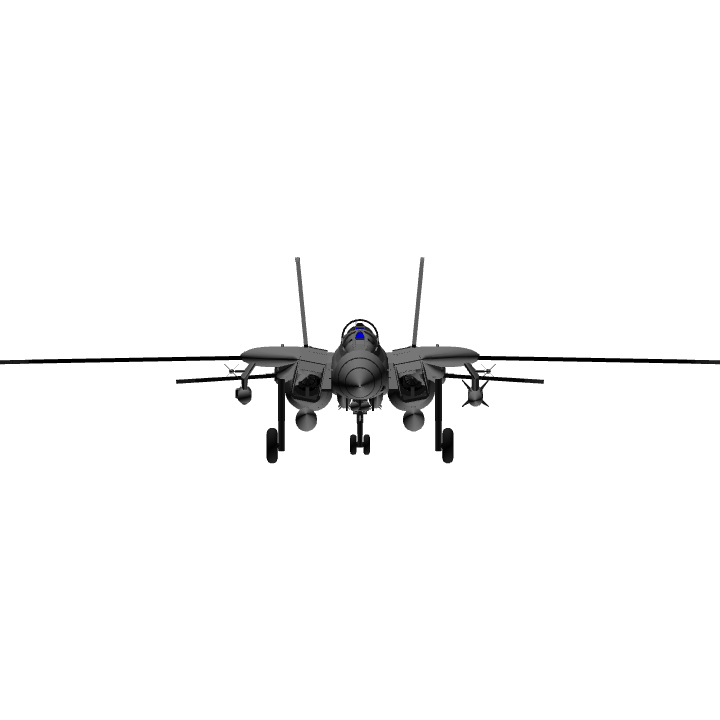