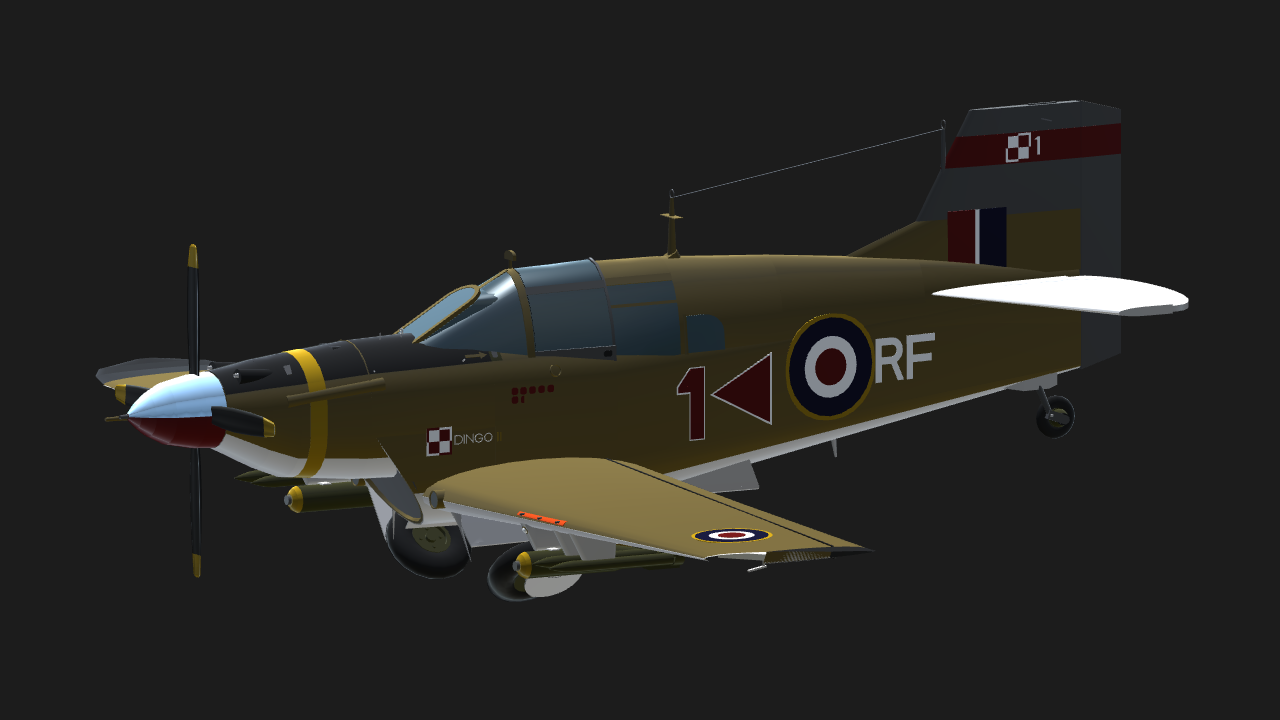 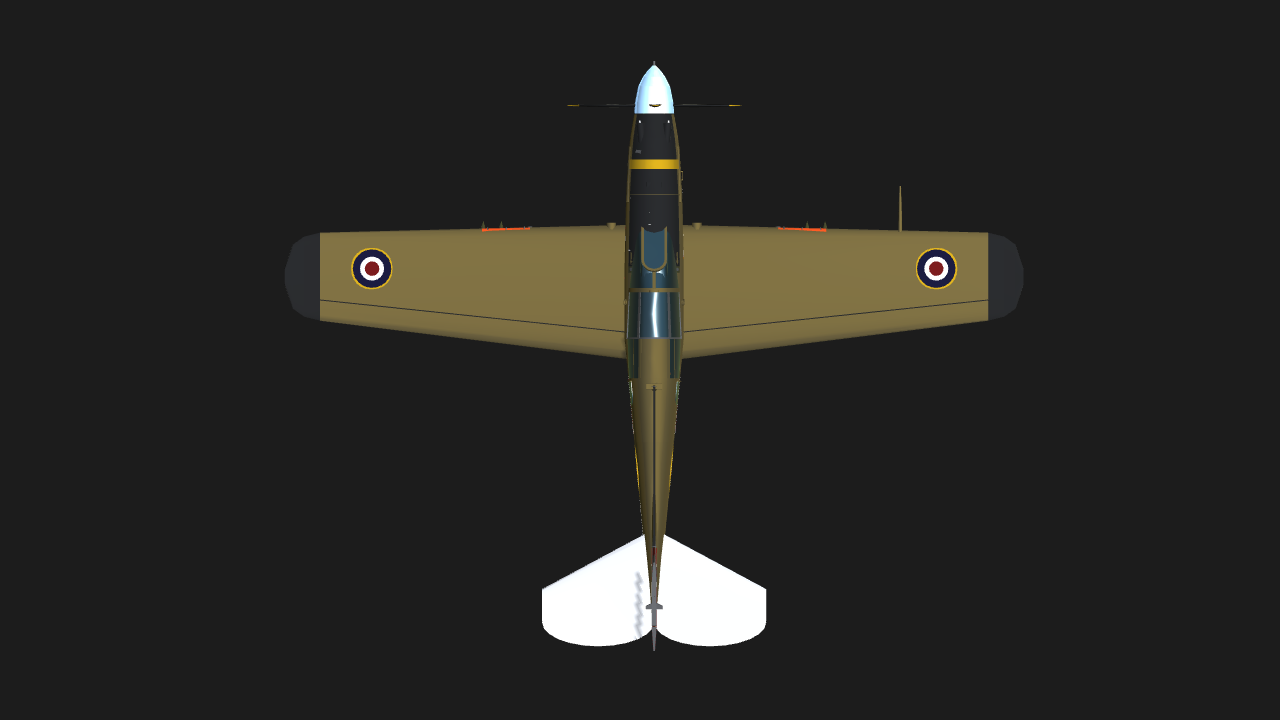 Amidst an upcoming war, the RAF was in need of a cheap aircraft to quickly bolster their numbers. The Grandeur Aircraft Company took this contract, development starting in 1937. The craft was to be quick and cheap, capable of intercepting enemy planes at a moment’s notice. The first aircraft, under the name of the Grandeur Derecho Mk.I, would first leave the factory doors in late 1940. However, the design was prematurely pushed into production due to the outbreak of the second world war only a year prior, resulting in the Derecho being plagued with a multitude of reliability and performance issues. It was more common for a one to be downed by its own design rather than AA or other aircraft, and would see even more losses during the Battle of Britain. Grandeur, seeing all these failures, quickly produced the Mk.IC. This version came with a new Merlin engine and improved cooling, which solved the majority of the issues that were on the first. Although still outclassed by aircraft such as the BF109, it was still capable of dishing out significant damage and would see action in many theaters. As the war wore on, the Derecho would be continually improved and was found to be an invaluable asset in the role of a ground-attack aircraft. This would result in Grandeur producing a dedicated configuration of the Derecho, dubbed the Mk.IVD. Despite its role, it was still capable of being an effective fighter due to its heavy armament of x2 30mm RSA Cannons and x6 .303 Brownings. The Derecho would go on to prove to be one of the most effective aircraft early in the war, despite being overshadowed by other iconic planes, but would be phased out following 1944 with the introduction of more capable aircraft.

Now that I think of it, 'Grandeur' is incredibly contradictory to the history I gave this thing. 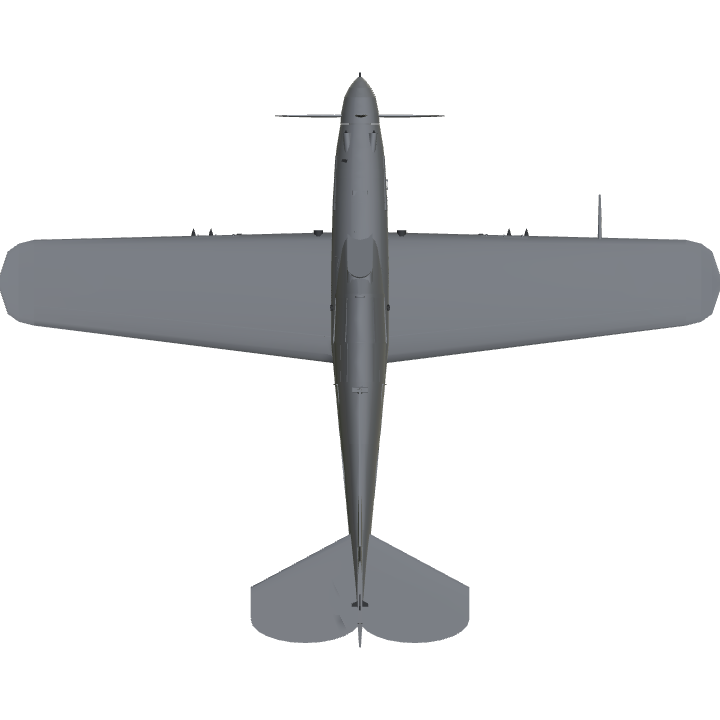 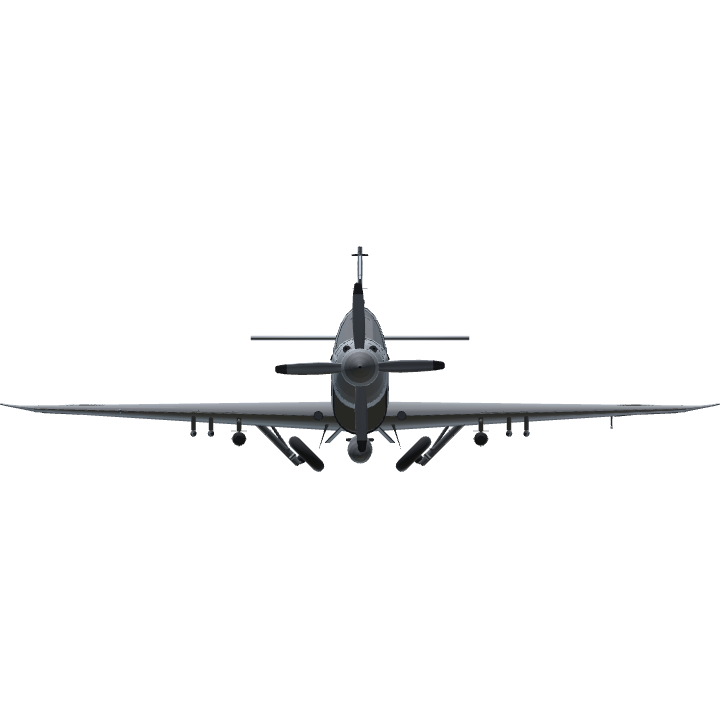