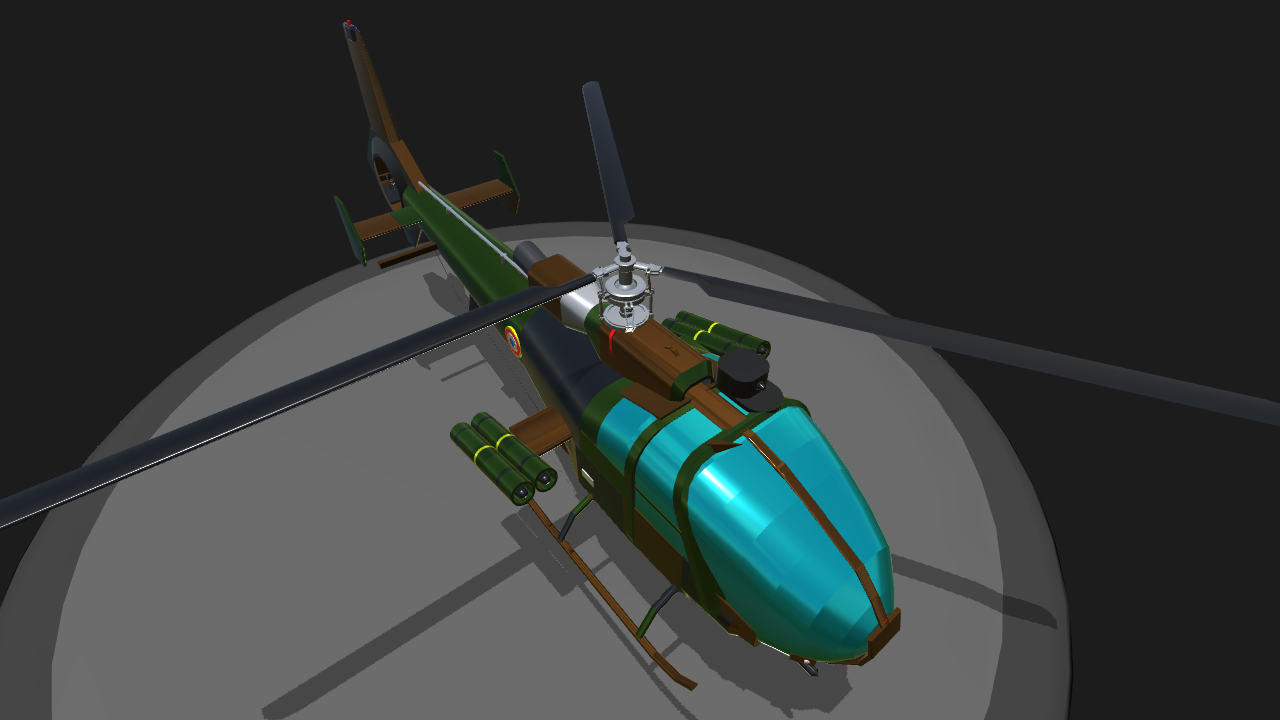 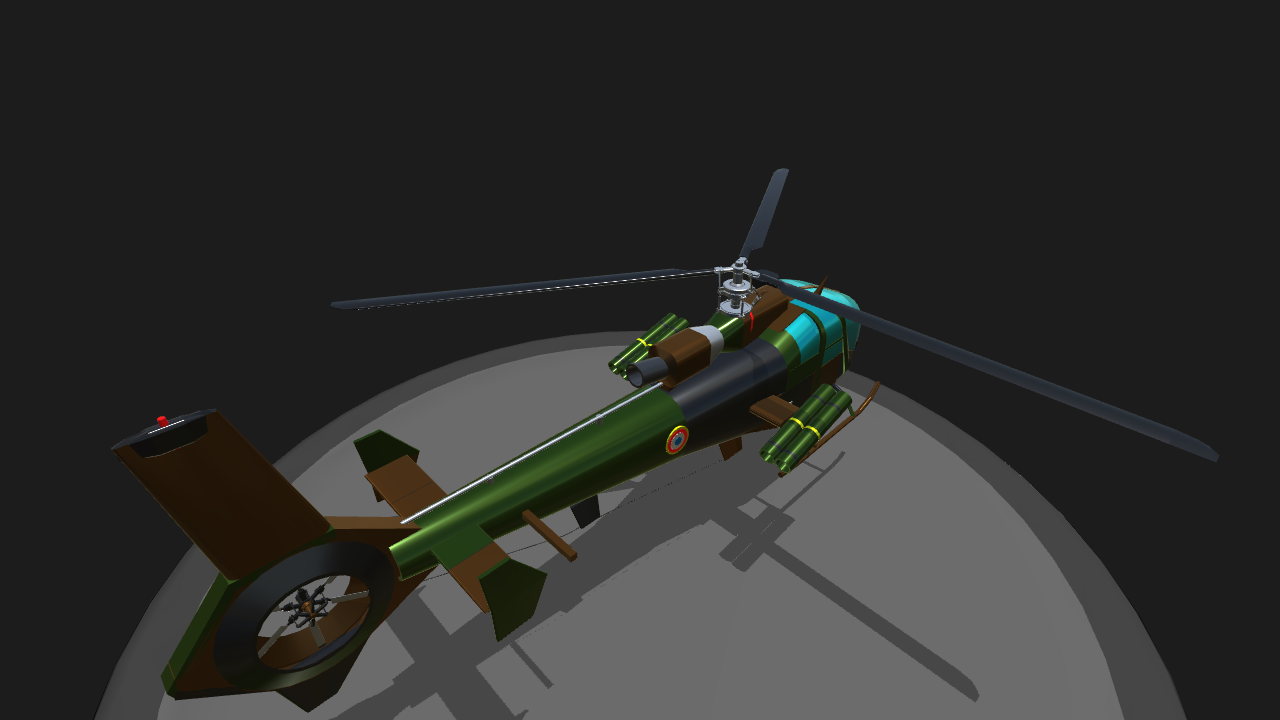 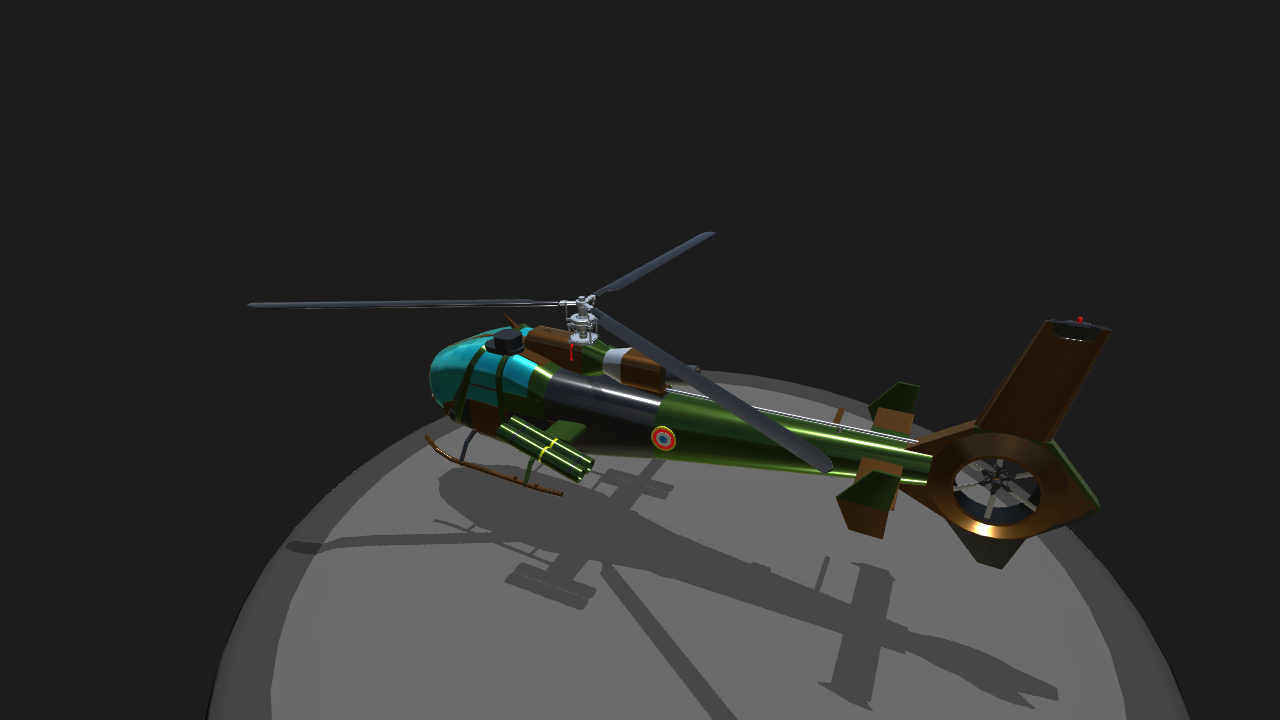 The Gazelle was produced as part of an Anglo-French venture between Westland and Aerospatiale in 1968. Still one of the fastest helicopters ever built (with a maximum speed of 193 mph), it has served with all four branches of the British armed forces filling a variety of roles. It has been used with major success in every theatre in which the British Army has served, from it's amphibious role in the battle for the Falkland Islands to the deserts of Kuwait and Iraq to the mountains of the more recent Kosovo campaign.

First, you have to get the engine going. Put the throttle up to 100% and wait a couple of seconds. In that time the rpm should be high enough.
After that, use VTOL UP to make the helicopter lift off the ground. Do not put VTOL all the way up too soon, it could lead to a loss of control. Once you are stable, you can do that, but just be careful.
You can activate Ag1 to make the helicopter more maneuverable, but that could lead to you losing control. 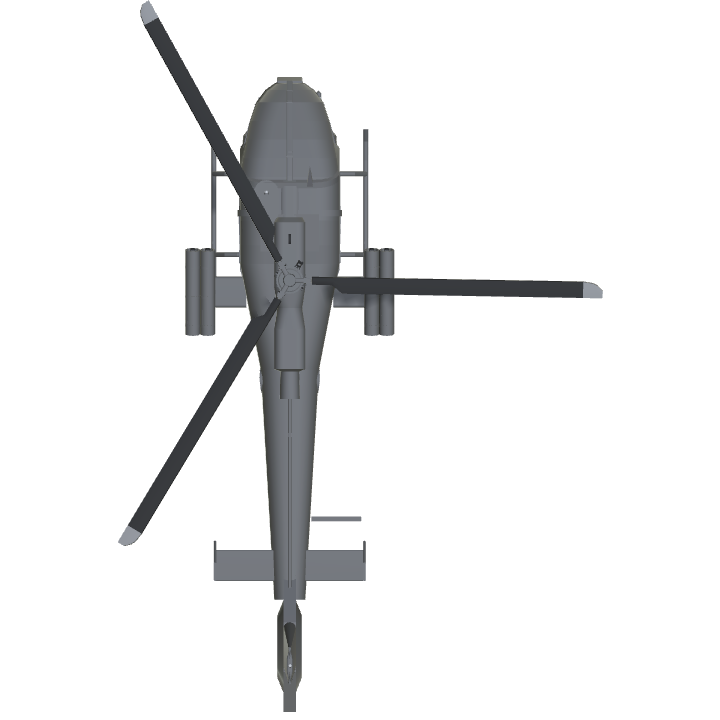 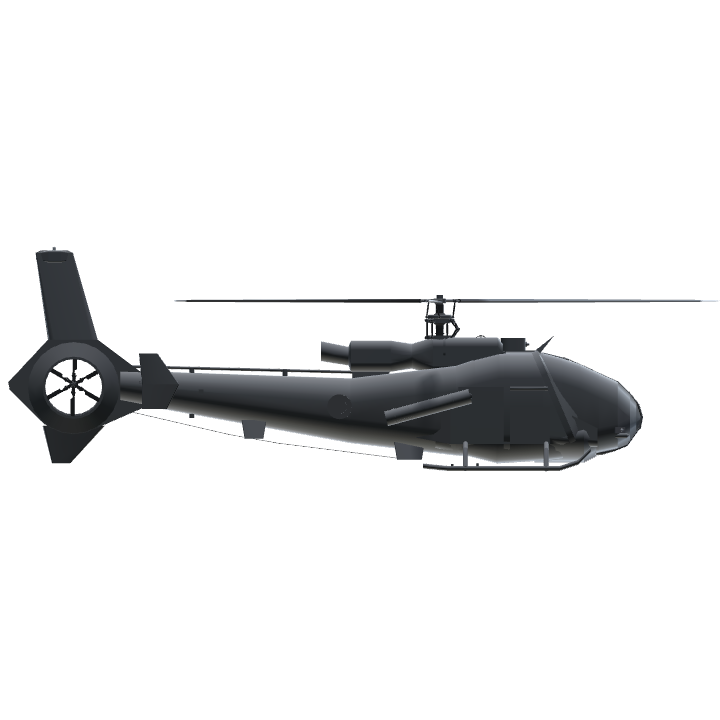 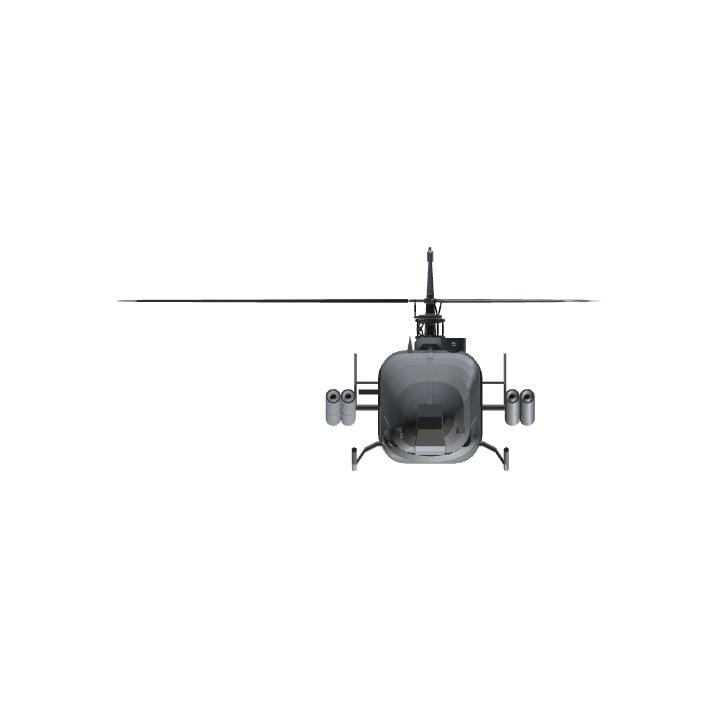