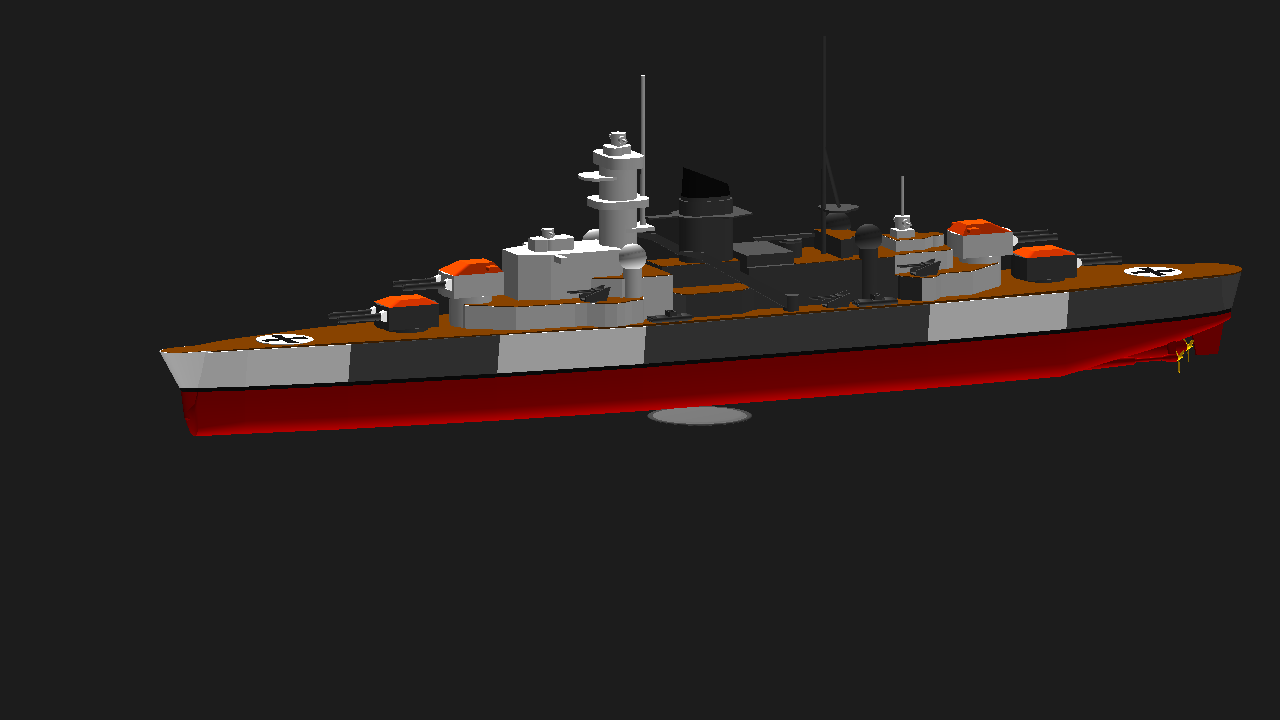 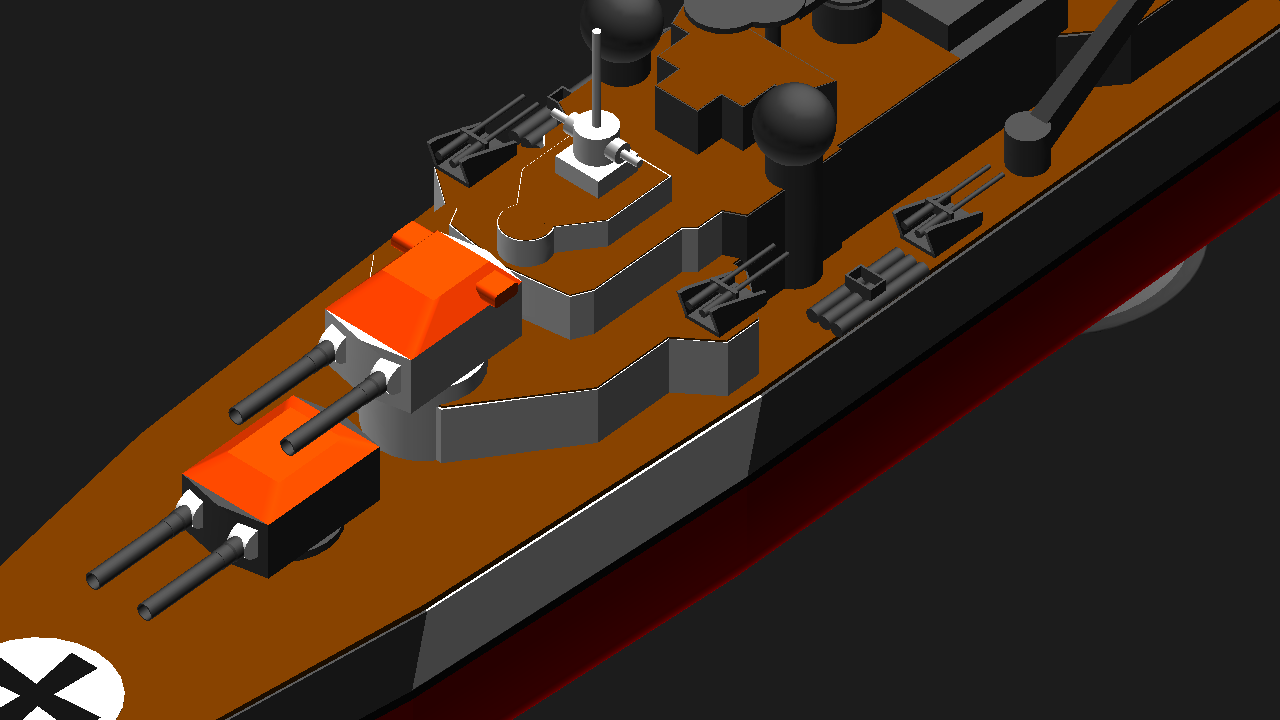 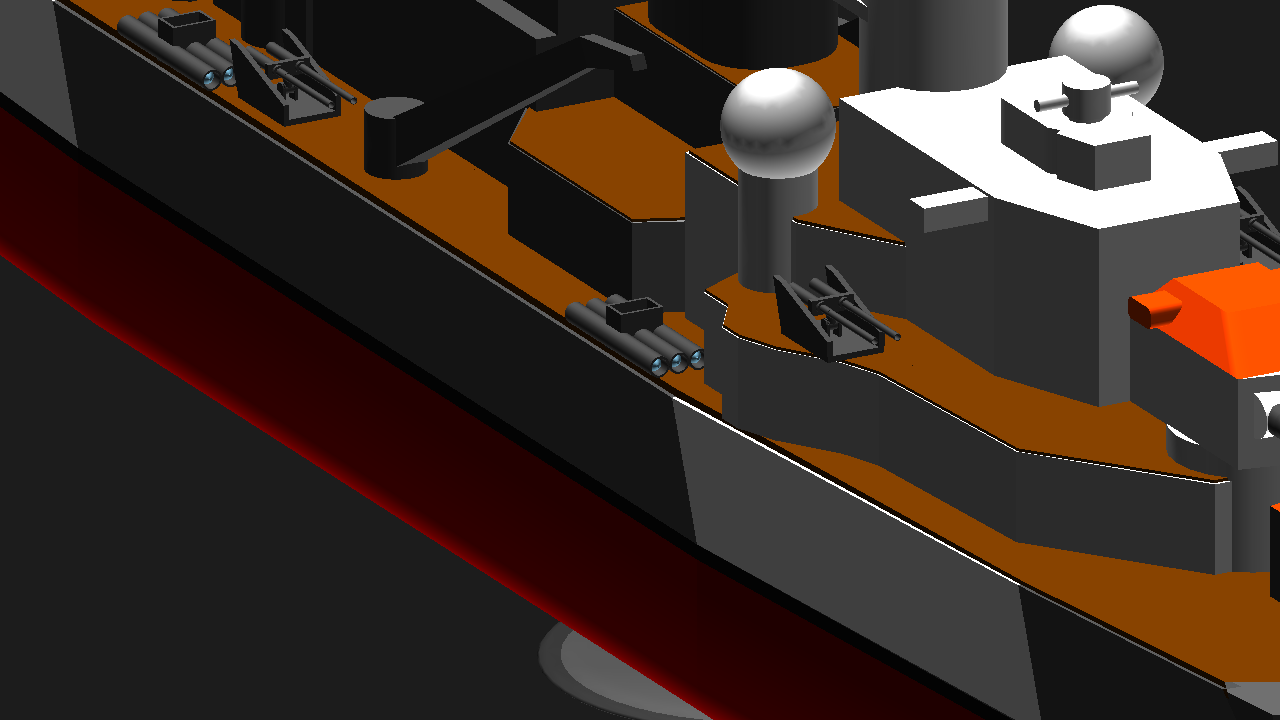 Admiral Hipper Class CA:
The Admiral Hipper class was a series of five heavy cruisers (CA) designed by Germany for the Kreigsmarine. The class consisted of Admiral Hipper, Blücher, Prinz Eugen, Seydlitz, and Lützow. Only the first three ships were completed. Lützow was sold to the Soviet Union eventually being renamed Petropavlovsk. Seydlitz was about 95% complete before it was decided to convert her into an aircraft carrier, but ended up being scuttled instead.

Admiral Hipper:
The Admiral Hipper was the first ship and lead ship of her class. She was laid down on July 1935 in Hamburg at the Blohm & Voss shipyard. She was launched in February 1937 and entered service in April 1939. Admiral Hipper was present and saw most action during the Battle of the Atlantic. She was involved and led an assault during Operation Weserübung at Trondheim, where she was involved in the sinking of the British destroyer HMS Glowworm. During December 1940, she managed to break out into the Atlantic to sink convoys, but ended with not much success. She again managed to break out into the Atlantic in February 1941 where she was assigned to sink convoys near the Denmark Strait. She was then transferred to Norway where she was assigned to operations against the Soviet Union. She was later sent back to Germany for repairs, but never was put back into operation. On May 1945, RAF bombers severely damaged her where she was later scuttled by her crew.

Blücher:
Blücher was the second ship of the class, laid down in August 1936, and launched in June 1937. She was complete slightly after war broke out, entering sea trials in September 1939. Immediately after being launched she was assigned to support the invasion of Norway serving as the flagship. This however would be both her first, and last mission. During the operation, she was hit twice by an 11in coastal gun, and then later struck by a torpedo from a land based torpedo battery. This happened to be fatal causing a fire to break out, leading up to an explosion in her anti aircraft magazines. She later capsized taking many lives with her.

Prinz Eugen:
The third and last ship to be completed of the Admiral Hipper class. She was laid down in April 1936 and launched in August 1938, entering service in August 1940. She along with Bismarck were involved in the sinking of HMS Hood at the Battle of Denmark Strait during Operation Rheinübung. Prinz Eugen later detached from Bismarck during the operation to raid Allied shipping. She participated in Operation Cerberus along with Scharnhorst and Gneisenau to dash through the English Channel. She was the later stationed in Norway. She was the torpedoed by HMS Trident just shortly after her arrival causing damage to her stern. She was then sent back to Germany for repairs. After she was put back into service, she was used to train officer cadets, and the later was used as artillery support on the Eastern Front to support the retreating German soldiers. After the surrender of Germany to the Allies, she was transferred to the United States as a war prize. She was then used as target practice for testing nuclear weapons. After surviving the tests she was towed to Kwajalein Atoll where she eventually capsized and sank. 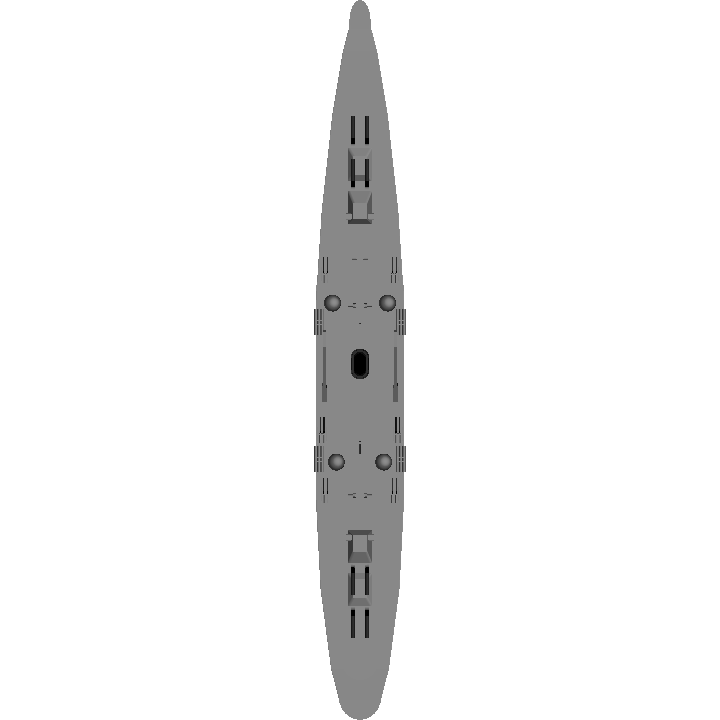 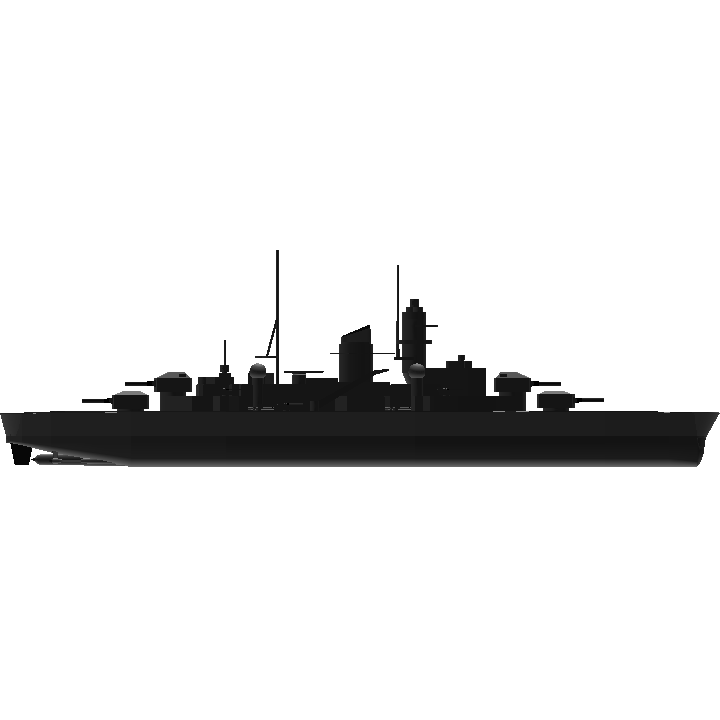 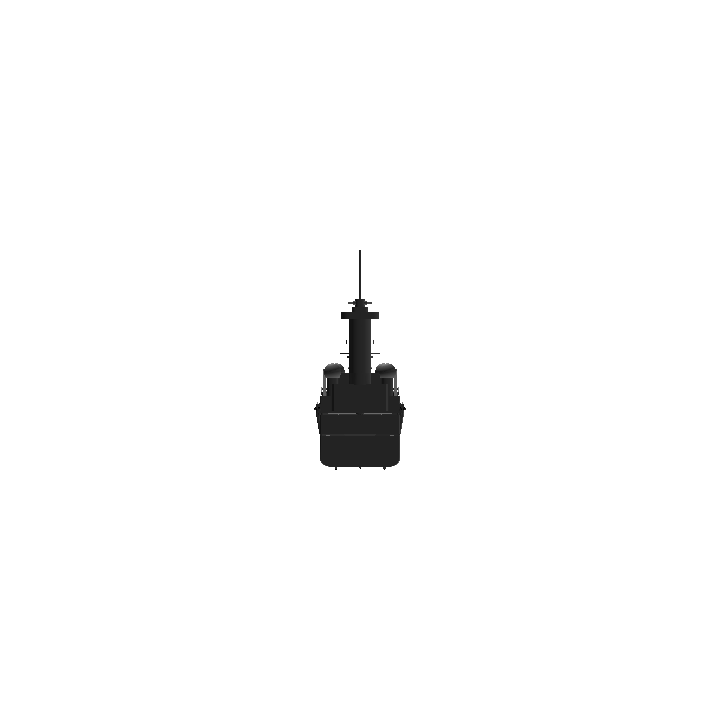