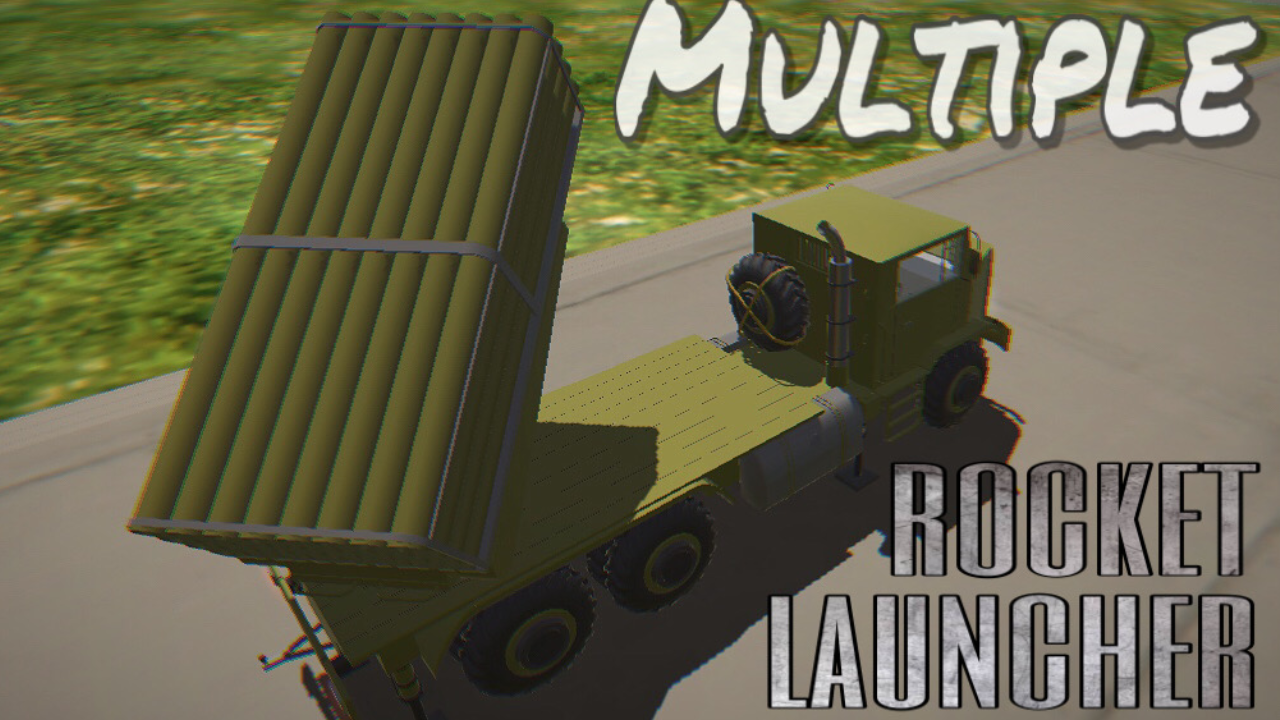 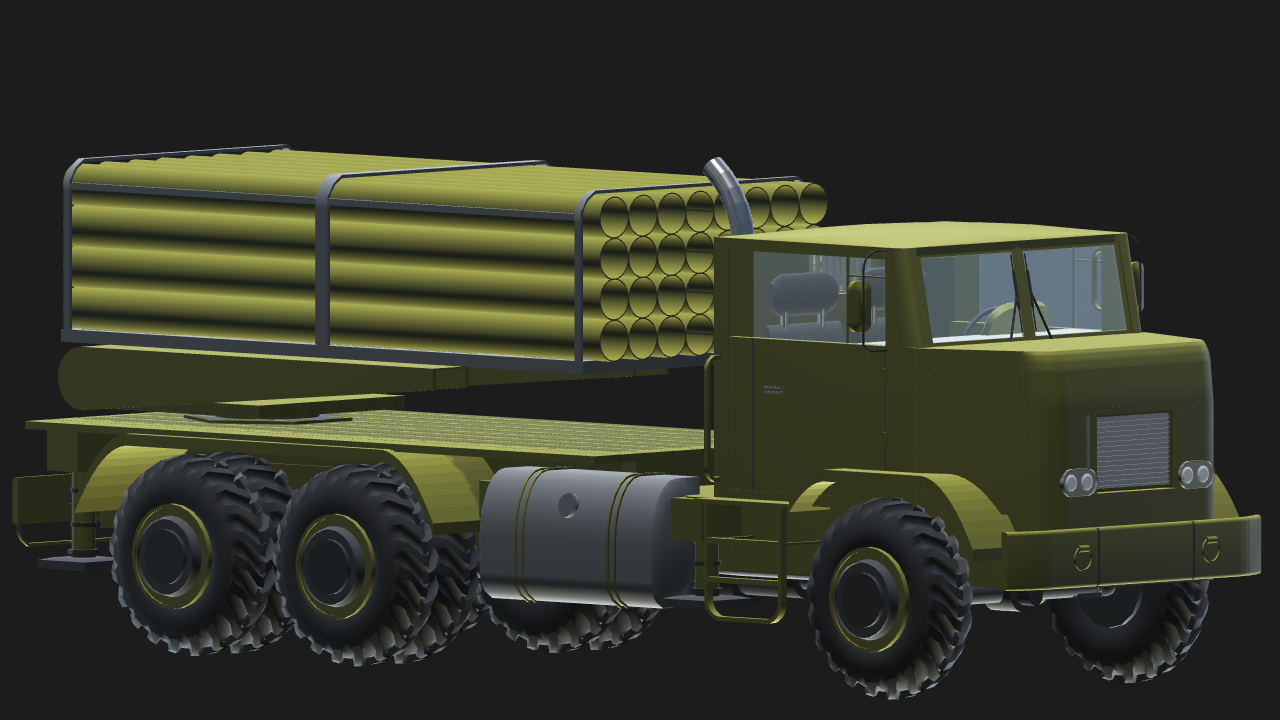 This multiple rocket launcher was made by modifying an Military transport truck.

“Hello everyone! Thank you for participating in the Army demonstration today. This time, we will introduce a truck equipped with a high-power rocket. The truck is equipped with a 8×4 rocket cannon that can attack from short to long range. And the performance of this truck is ...”
•
•
•

As mentioned earlier, this truck is equipped with an 8x4 multiple rocket launcher, which can do a lot of damage to the enemy with a short burst of fire.

The "multiple rocket launcher" was also used in World War II in the real world, and the "Katyusha rocket” is especially famous. It is still used by the Japanese Self-Defense Forces and the Russian Army because it can cause a lot of damage to the enemy at once. (This vehicle is fictitious, but modeled on a truck implemented by the Russian army) 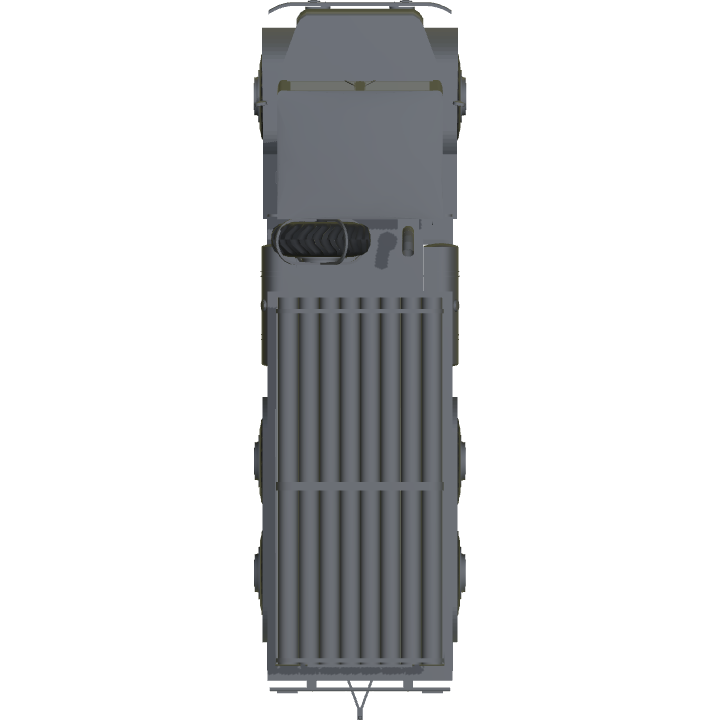 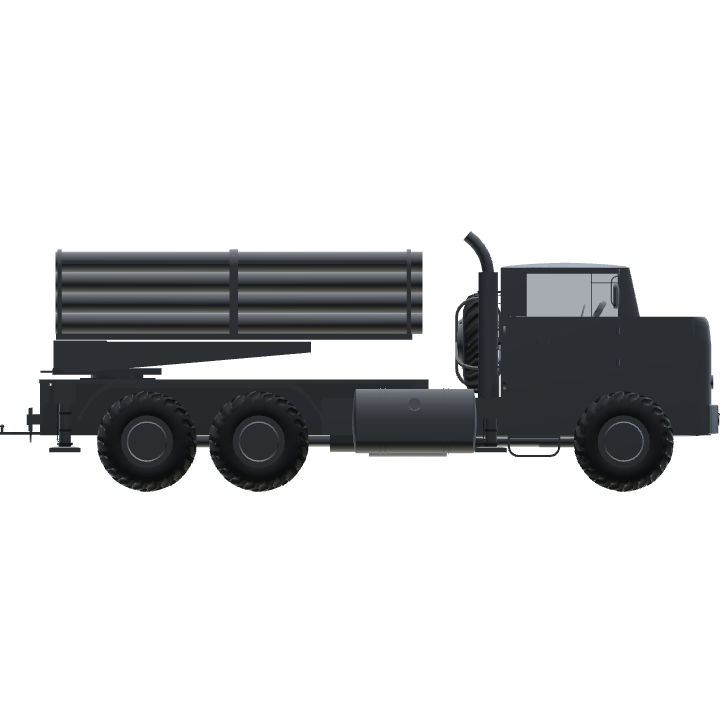 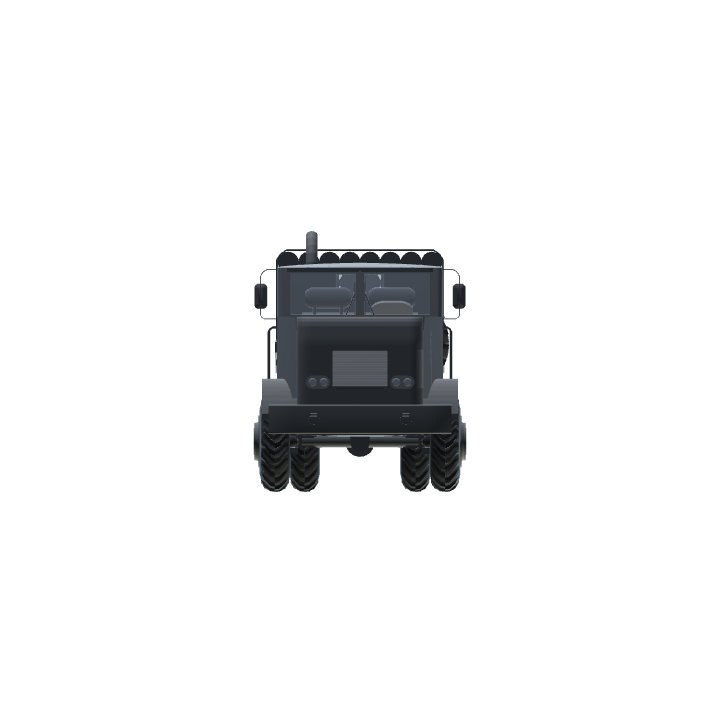